What’s the weather like where you are? Here in the UK it’s typical April showers for us with the sun out at times, which is lovely until you get an icy wind, which is how it was on Sunday when I went to Brighton to celebrate my son’s birthday.  And what to wear, I said to myself.  Be smart but be casual, I thought, and, yes, it’s time to bring out those Spring jackets before it gets too warm to wear them.

So I got out that green checked jacket I bought in the winter.  This is the outfit I wore, plus I had a scarf and hat.

But you know what, it was like all the other times I’ve worn these jackets.  They look good, but they’re just not warm enough over the lower half of the body. You see, unlike over the pond, we don’t drive everywhere.  We caught the bus into town.  And there was an icy wind.  Waiting at the bus-stop I was b….y freezing.  Yup, I looked OK but was absolutely too darn cold, that’s not good!

Really, I should have worn my green parka or one of my many winter coats.  You know, be practicable, above all be warm, and don’t worry about what you look like and so on, and so on, because that’s the sensible thing to do. But i) I’m not sensible and ii) I dismissed the winter coats because it was April, and I’ve had that parka for over 5 years now and it’s getting to be quite old, shabby and dull looking.

So here’s what I’m  wearing in town in future. 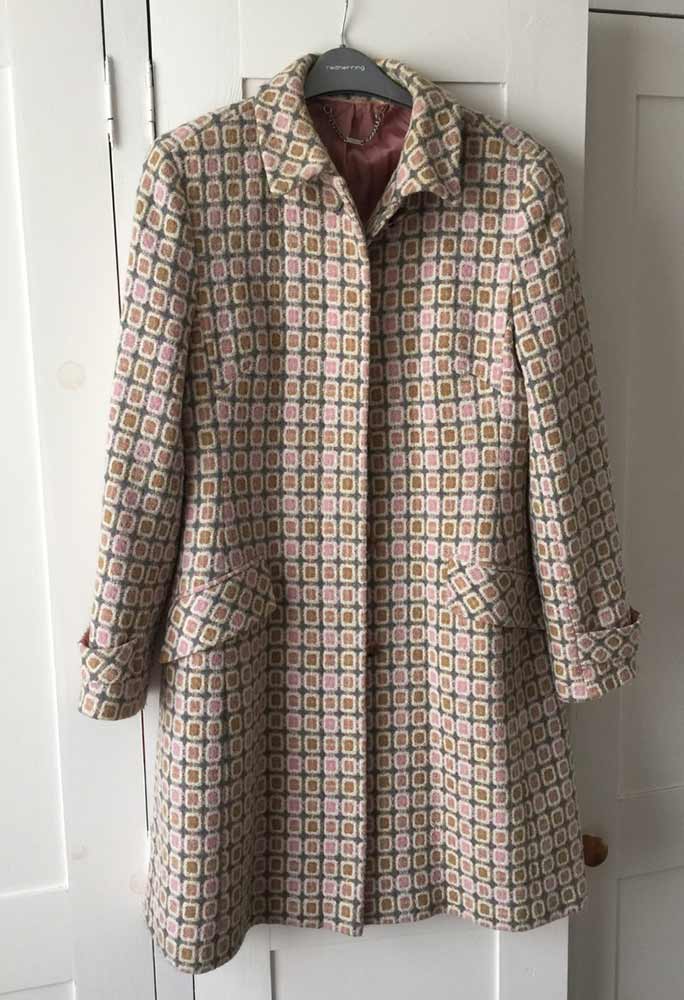 It’s a charity shop 3/4 length coat I’ve had for years that’s been lurking in the back of my wardrobe.  And obviously on trend as the Guardian’s picks for April includes a coat. I got it out a couple of weeks ago when I was having a humungous clear-out (more about that in a future post) and wore it up to London for the fitting by Masato (you’ll hear about that in May when I get the dress).

The coat is lightweight, but warm enough and long enough for those chilly April winds.  And there’s a cool retro look to that print. 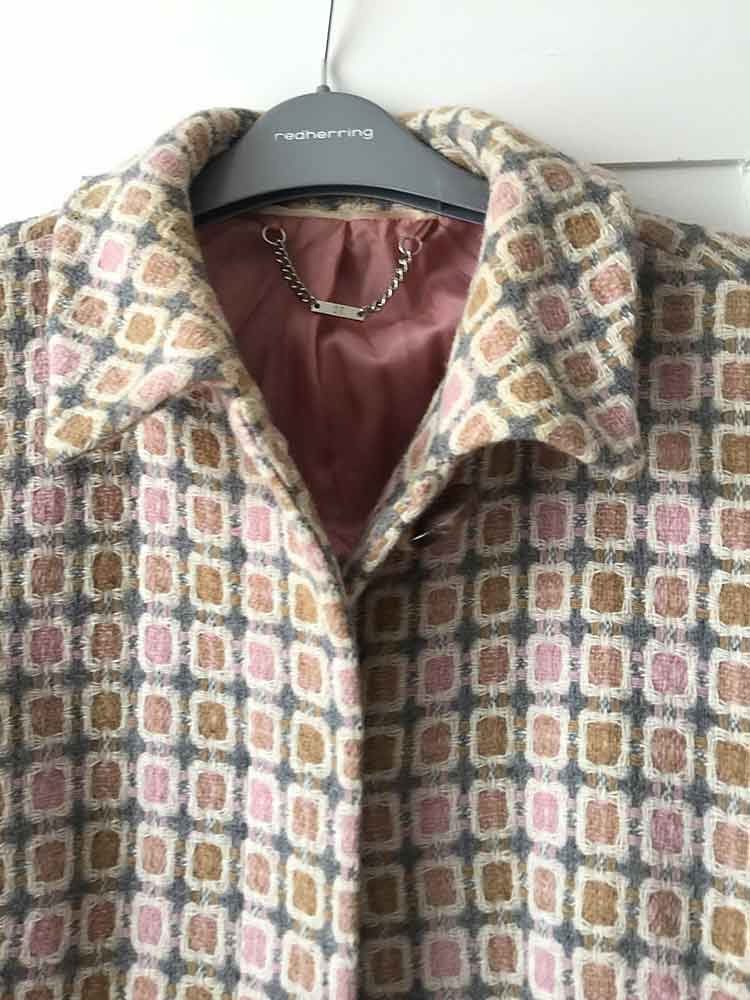 April is so an in-betweeny month in the UK, neither warm enough for summer clothes or cold enough for winter togs.  But I think I’ve got the problem solved, for me anyway!  What are you wearing this month?

P.S Sharing with Catherine Summers and her #iwillwearwhatilike session