How’s life treating you?  It was really cold (for the UK) last week and I wrapped up and layered with thick woollen tops, thick leggings plus a woollen skirt and socks, and I wore my outdoor furry boots indoors as our flat is hard to keep warm. The thing is it has many windows plus large glass balcony doors, which is good, as even on a grey day, I love the views onto the street but we may have to replace the balcony doors. When I sit and write I cope with the cold by getting up and moving around the flat. For those of you stuck indoors (that’s most of the UK) you know it’s a good idea to get up and walk around every 20 minutes – works for me, anyway.

Yes, most mornings I sit and write for a couple of hours. It could be writing for the blogs, or simply emails to my friends as I love writing to people, a phone call is not my first choice of communication, it’s an email or text every time. And I acknowledge I will never write a novel as I accept I am more of an essayist, and that’s fine. I had plans to write some funny but true stories of my time as a nurse back in the 60s, which is so long ago the nursing done now bears no relation to the nursing done then. But I never get round to it, and last week when I was tidying up my filing I looked back at some papers and found that I’d been trying to write a memoir of my family life for over 10 years!!!

The person who did write a memoir was my father. He wrote in a tiny backward-sloping hand eight foolscap books of his time as an officer in the Indian Army. Not being content with what he’d done he repeated the exercise and then, unbelievably wrote the whole thing out a third time on another eight foolscap books this time with annotated photographs, maps and other material. These last 8 books are now in the National Army Museum’s archives in London, and I might write about that in My Other Blog, ‘that’ being the context of how and why British officers had a place in the Indian Army.  Here he is at about the time he was in India. 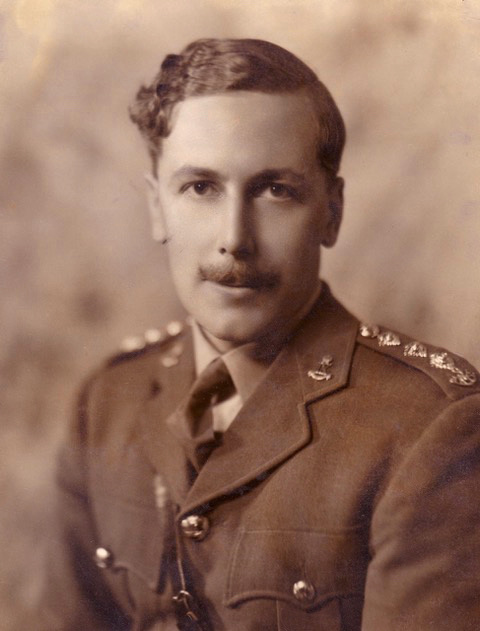 Yes, for that piece I would need to look at Empire and the role of those officers in those long ago days. But to me his memoir was a jewel beyond price as reading his papers after he died (in 1993) I learnt so much about my father (he never let me see his writing before he died) and furthermore, I finally understood why he was the way he was.  Let’s say, for now, that I found the young man he was before he became my father. And I also understood why my parent’s marriage was the way it was, too! 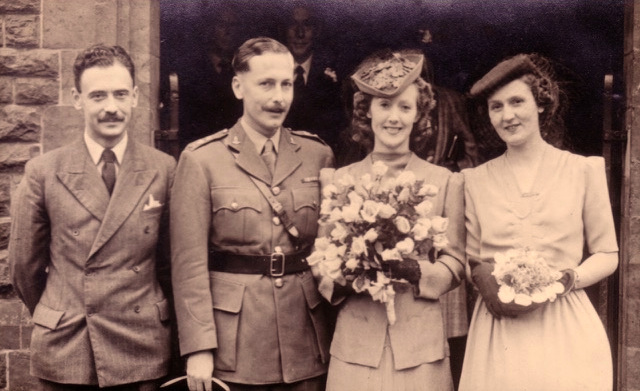 That photo was taken in Bedford, and by my mother’s side, on the right of the photo, is an aunt, not a blood relative aunt but my mother’s best friend, and oh my word when my mother died, I visited this aunt many times and got to know another side of my mother’s life before she married! Oh mother! But of course, we don’t know our parents as young people, so why wouldn’t they have a life before their marriage. Mind you, not a word of it came out while she was alive, but it was similar to the experience I had reading my father’s memoir, I got to know the young woman she had been before marriage.

Anyway I edited my father’s memoir and published the book (in 2010) in both paperback and hardback, and sold quite a few copies. A few of them were sold, amazingly, to contemporaries of my father, but most of the memoirs went to historians and to children of Indian Army officers. But if you know anyone who is at all interested in the Indian Army, and you think you might want a copy for an uncle or a parent, unfortunately the memoir is completely out of stock, I’d have to get my skates on and order some more books and knowing that we are all in lockdown I wonder if the printing company is actually working, probably not. But there appear to be a few copies available on Amazon, at ridiculous prices I have to say.  In the meantime, if interested here’s a link to a website about my father, which I actually built myself in the days before WordPress and blogging. That was so difficult. I used the software Dreamweaver – anyone used it?  Those of you who have, you’ll know what an effort it was to do this!

And there’s quite a writing gene on my paternal side as my father’s brother, Richard Hislop, published a novel – it’s quite racy by the way, read the reviews! Here’s the link to it on Amazon. And my grandfather wrote a very good unpublished account of his time in the Boer War.

Gosh, how did I get to telling you all this! I had planned to look at the blog and my most-read blogs of 2020.  Maybe I’ll do that another time!  And having written the above I won’t delete it (my finger did hover momentarily over that delete button) instead I’ll add some photos for you.

In the meantime, I had a fit of tidying (I often do this after Christmas, and seriously what else is there to do) and going through my coat cupboard, I found this coat. Charity shopped, of course! I remember it was new, still with the label hanging on.

Oh wow, it’s a London coat, as I wouldn’t wear it on my walks on the seafront, it’s not quite warm enough. It’s just right though for going on the train (sigh), waiting for a bus to take me to the Tate or the V&A, and mooching around their latest exhibitions (bigger sigh). One day… yes, look, one day there will be happier days, full of culture and fun times, yes, there will!

Here is the coat with a hat, yes, this is far more the image I have of the me I’d like to be!

That’s all for now, there’ll be a lot of looking at the clothes I’ve already got in my wardrobe, and maybe a few more reminiscences? Let’s see what the next few weeks bring 🙂

Take care and stay safe. I’ve taken to wearing a mask at all times outside, which is something I believe many countries insist on. Keep well and warm, people 🙂

45 thoughts on “This and that and a coat that reminds me of happy days to come!”