For those of you living outside the UK you’ve probably realised from numerous posts I’ve written that we have quite variable weather in the summer. It’s the kind of weather where you can never tell if your cotton dress will be warm enough or if taking a jacket will be way too hot to wear. Last week we had 4 days of very hot weather, well it was hot for the UK, especially as we don’t do much in the way of air con. One the first day of the heatwave I was in London, and on the un-airconditioned buses and in certain areas of the V&A we sweltered and the jacket I took with me was superfluous, the second day was still very hot and we kept out of it as much as we could, by the third day I was feeling quite unwell, sort of groggy and ‘under the weather’ (!) I just don’t do heat, and on the fourth day having recovered, and with it still really hot, I put on a very thin floaty cotton dress, which was just right for the temperature. That same day we were due to go out in the evening, and in the afternoon I thought should I change as the heatwave was forecast to end that evening?  So glad I did as the day ended up with a cold wind and pouring with rain. And that, people, is the pattern of a UK summer!

This week has been cooler but also lovely and sunny, which is deceptive when you look at the clear blue sky. So you think, shall I put on a dress, a skirt, jeans?  What to wear is a conundrum in the summer, well it is for me and tbh, I much prefer dressing for winter, I find that so easy. Anyway, yesterday I tried on three different looks before I decided on this. I rather wondered if it was too insipid, you tell me, I was so undecided. But it worked as I felt just right in the sunny but cool breezy temperature of a typical English summer’s day.

At the back my wardrobe I found a very old pale pink/beige pair of jeans. Apologies, it was the best selfie I took and I’m not looking at you and have cut off part of my head!  I was going to Brighton to a session with my Personal Trainer and I’d be wearing that white t-shirt and just have to change into my leggings. 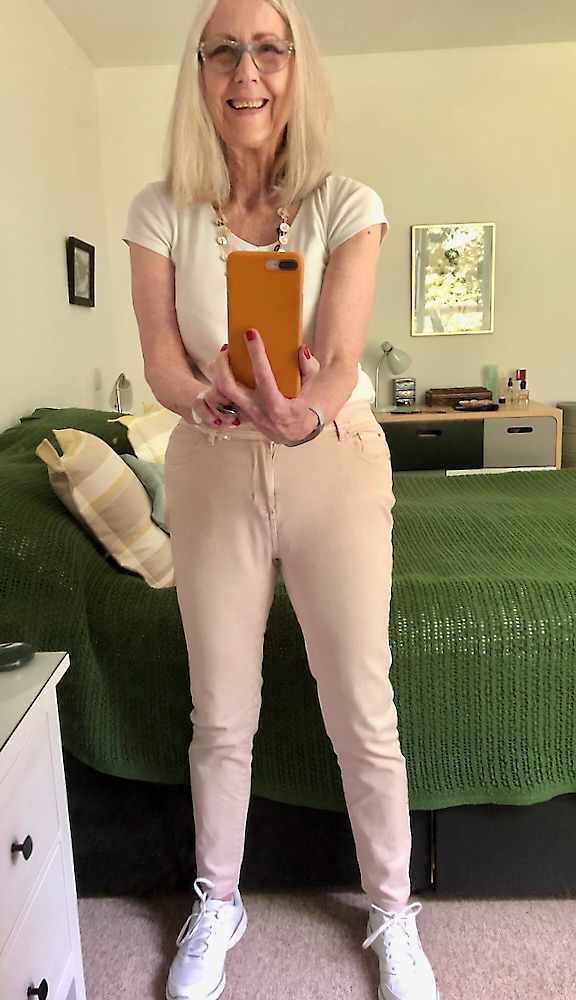 Then I added a charity shop jacket I bought last year. 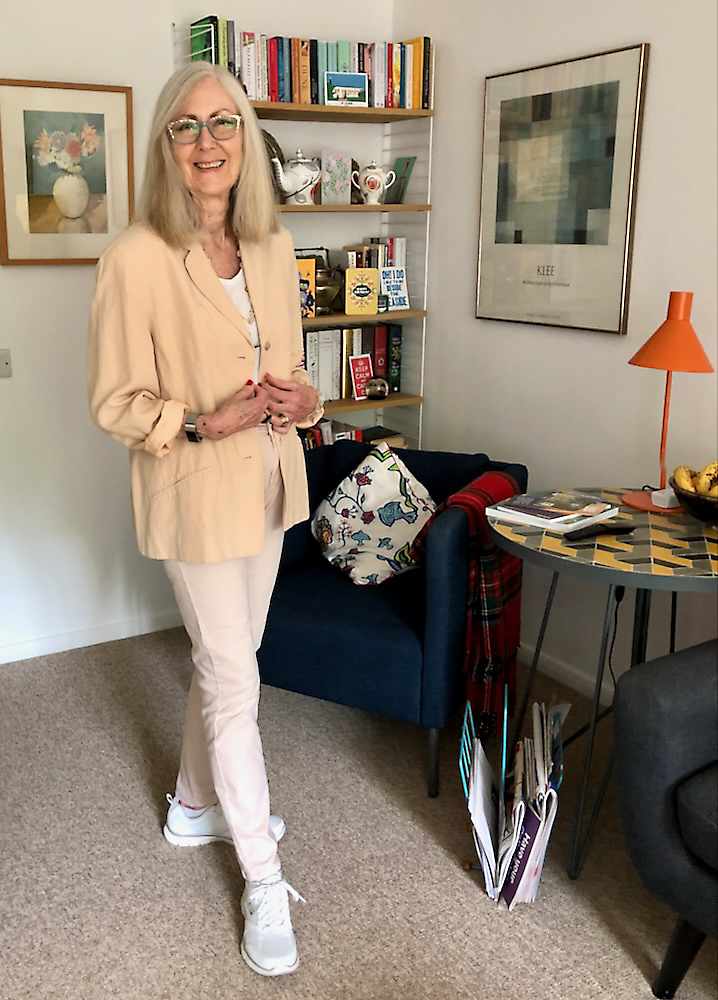 But I didn’t have a bag to go with it. Like I don’t do heat, I don’t do bags!  It’s hats for me. Anyway, I went to Brighton wearing my ever faithful yellow backpack and ended buying a new (and very reasonable at £15) bag. 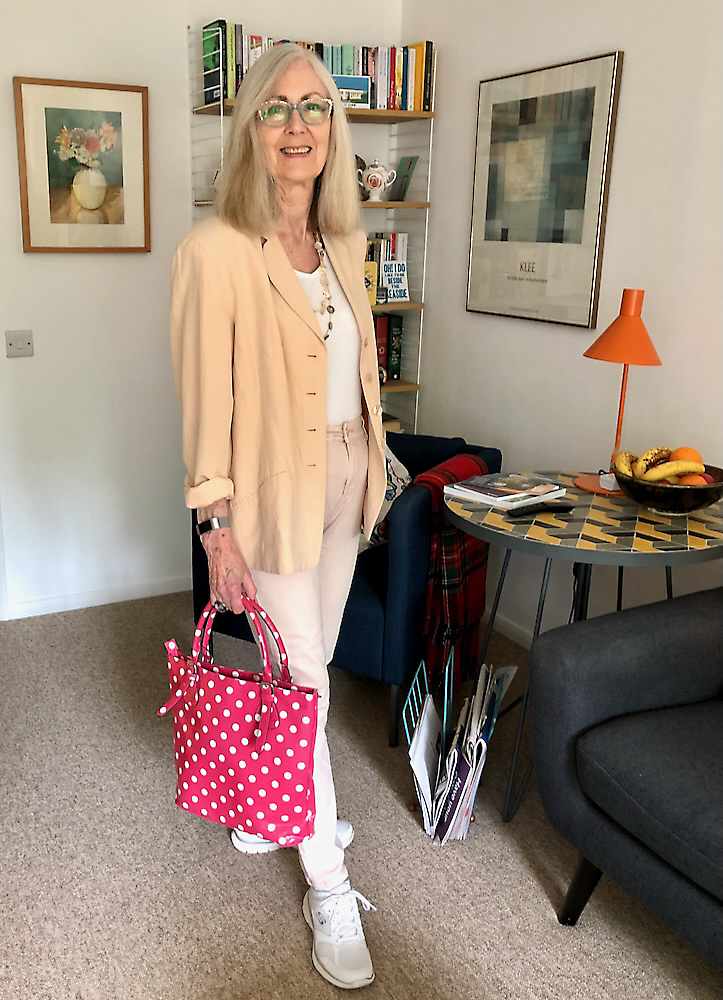 I’m rather taken with it. Here’s another pic of it, this time with my hat bought years ago on a cruise in Flam, Norway. 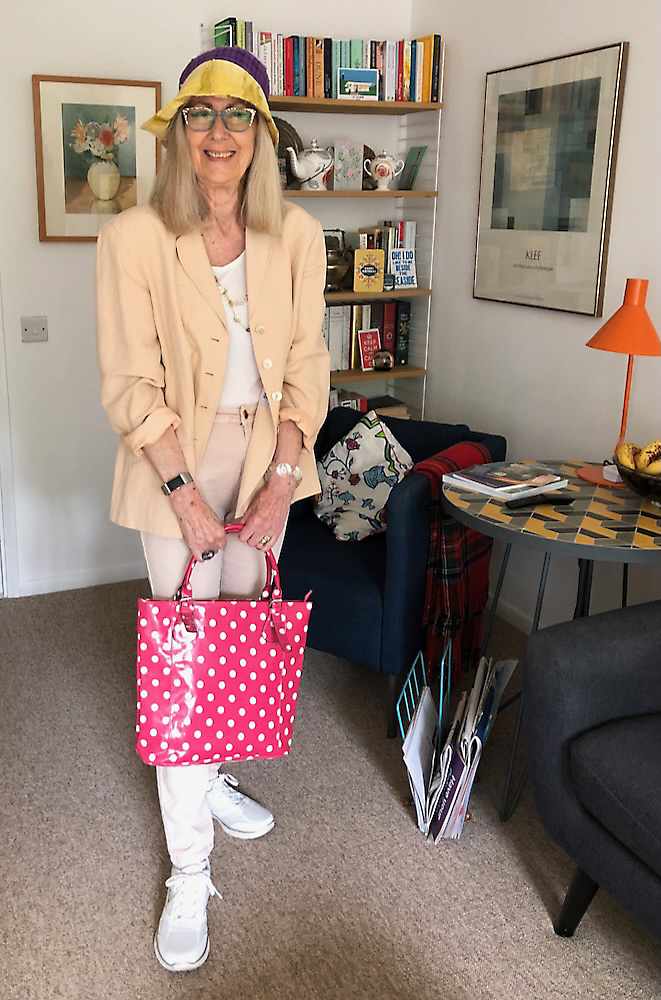 Marsha, from Marsha in the Middle, always shows off her accessories in a lovely little pictorial scenario at the end of her blogs, and I’m copying her – thanks Marsha for the idea, which I think is great!

First are the jewels. Actually I don’t do precious jewels as I adore costume jewellery, and the bigger and the bolder the better! I do love these so, the bracelet and the two button necklaces are made by Joy Fox who is based in Brighton and sells via the Open Houses system around the South of England. The ring came from the V&A! The V&A has wonderful jewellery some of it extremely expensive, but it always sells dirt cheap pieces as well. This delightful ring cost all of £10. 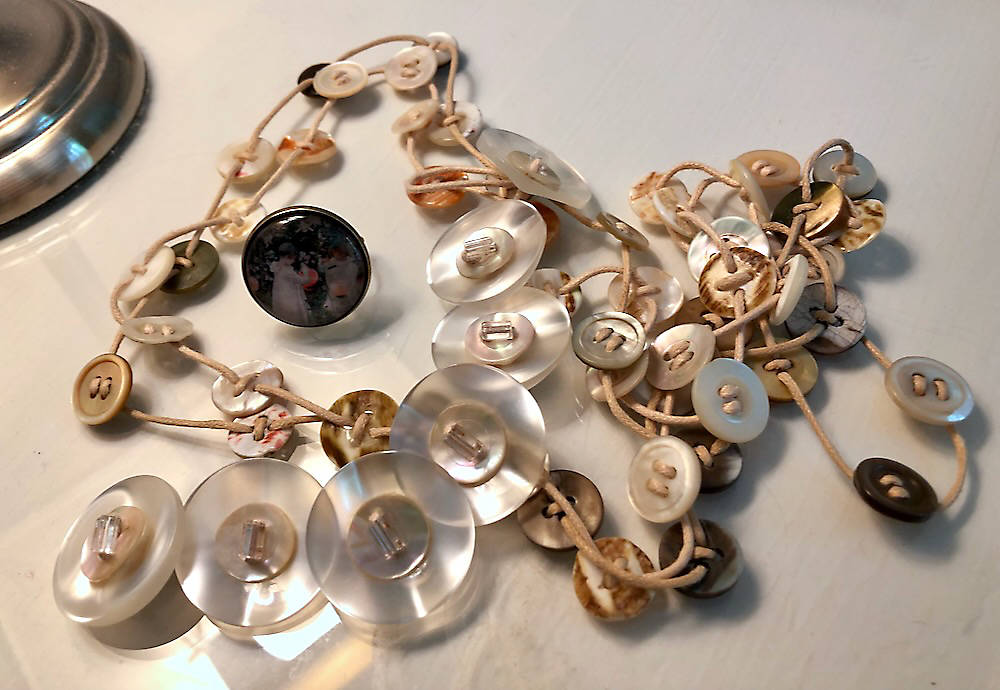 And finally my shoes are white trainers bought two years ago. 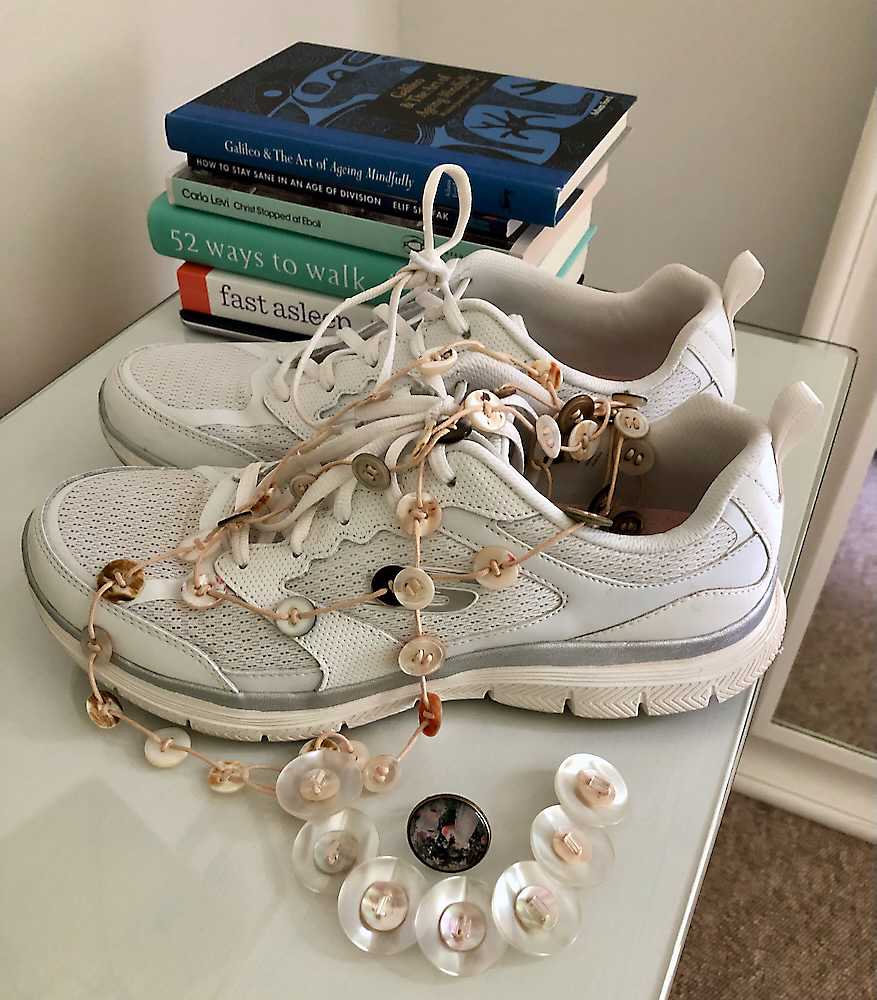 That’s all for now but I think that might be called shopping one’s closet! I hope you’re enjoying the weather where you are, whatever the temperature!

With love, Penny,  the Frugalfashionshopper