We’re still working on the new GDPR Privacy Policy, but it should be in place early next week. You’d think I’d be saying what a lot of nonsense, and why include a fashion blogger that doesn’t sell anything in what looks like a lot of red-tape and bureaucracy. But I think organisations and corporations (and don’t forget the banks) have been very lax with our data, so I agree that things should be tightened up. I am OK with this regulation and will be mentioning it again (hopefully for the last time) in the next post.

Anyway, I thought I’d show you a slice of Brighton life. We’re right in the middle of Brighton Festival where we have a few wonderful weeks of every kind of culture you can think of from music, dance, theatre, talks, film and exhibitions to street activities and actually loads of fun.

Here I am waiting for the bus to take us into town for a guided walk around the London Road area. 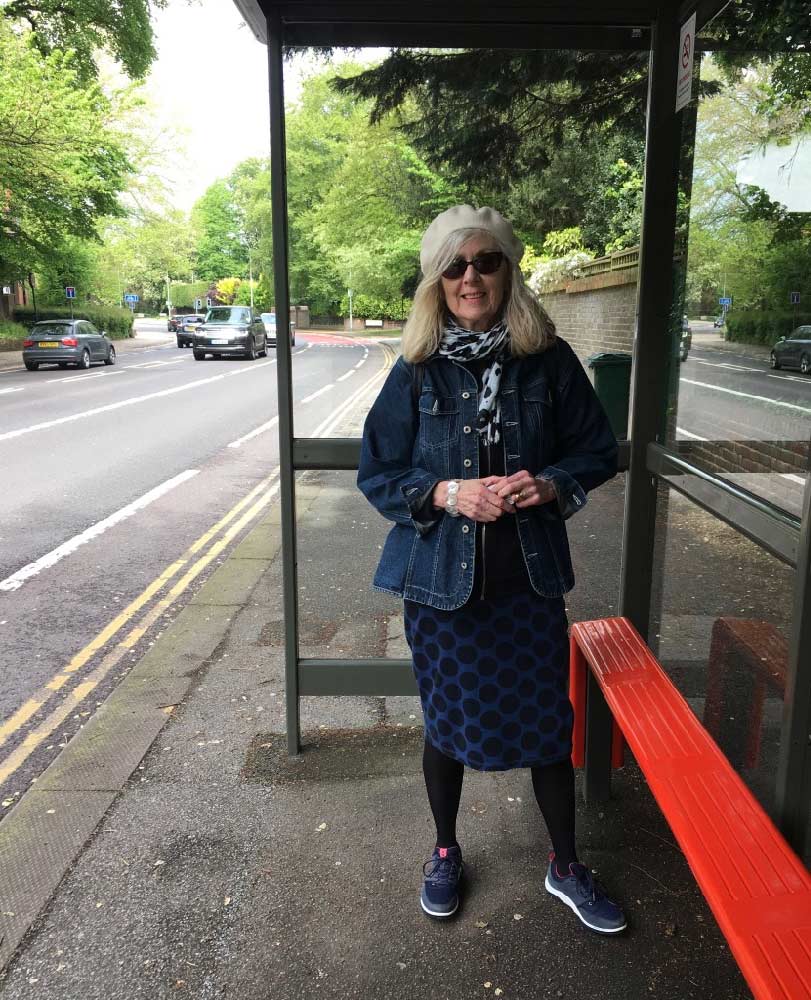 We’ve had some really hot weather, but this was back to being a bit chilly (yes, it’s nearly June) so I have my charity shop beret, plus a thrifted scarf, skirt and denim jacket. The shoes are sensible trainers and very comfortable as we’re going to be walking around for two hours.

London Road is the cheap and cheerful end of Brighton with lots of charity shops and places to have a coffee. But we were taken around the back streets, some of which were surprisingly lovely. 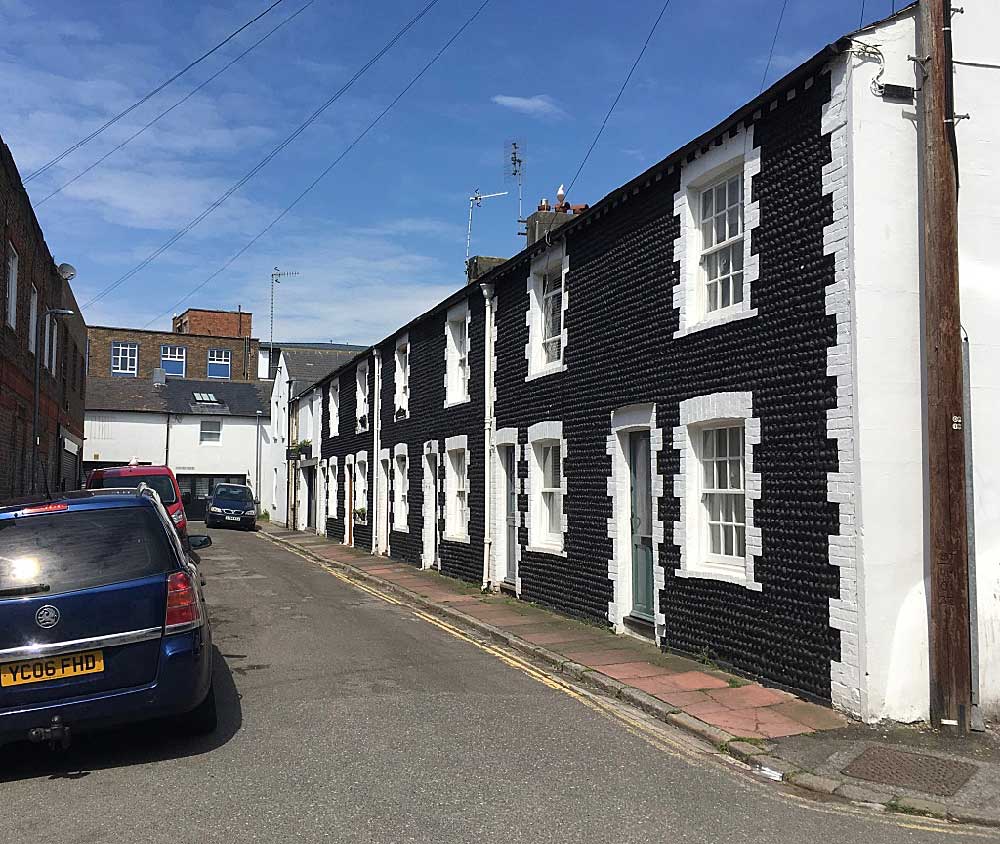 Do you see the ripple effect in the walls of those houses? These are stones taken from Brighton beach, which were chosen for their similar size and placed by hand into the wall as it was built.

And here is what was a warehouse. 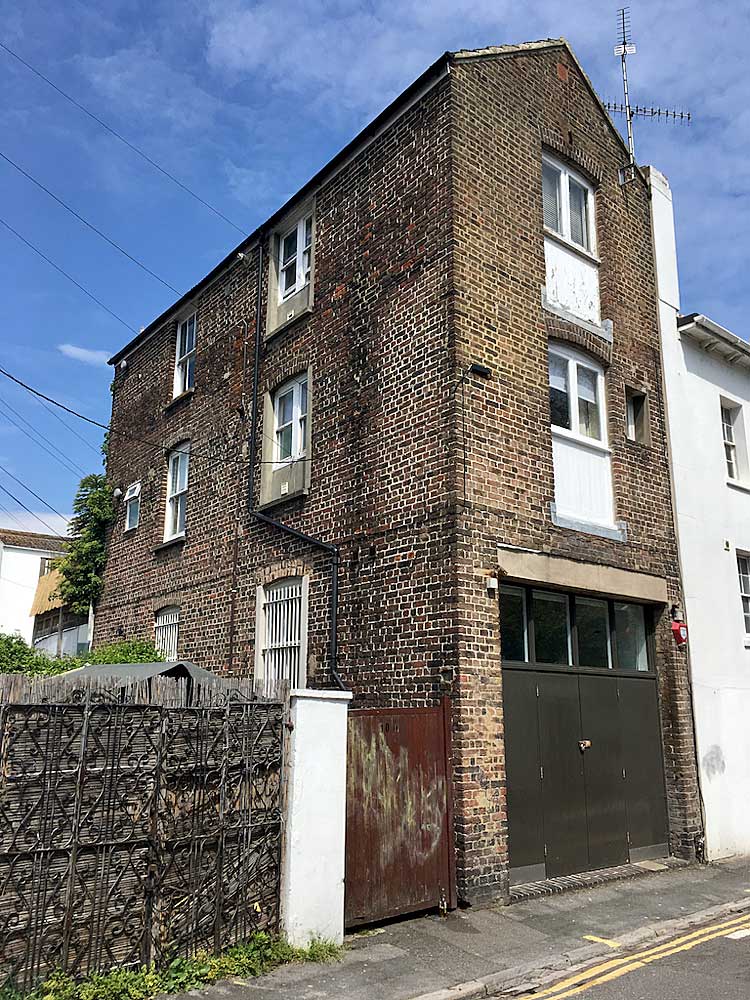 That could still be an industrial workplace on the ground floor, but most of these warehouses are now very bijou properties housing yoga studios and alternative health clinics. There has been a tremendous amount of gentrification around here.

But there’s still some great street art to be found – I just love that kind of thing. 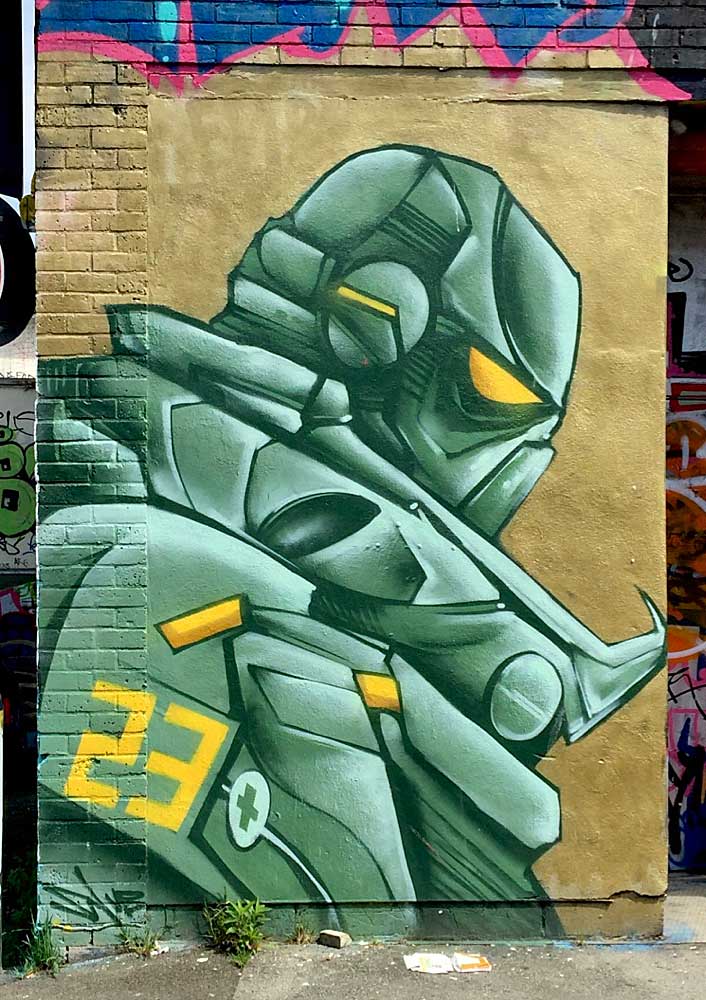 The week before, when it was quite warm, I spotted this delightful person wearing a stunningly co-ordinated outfit in azure blue, including hat. She told me she wasn’t doing anything special just walking around Brighton. 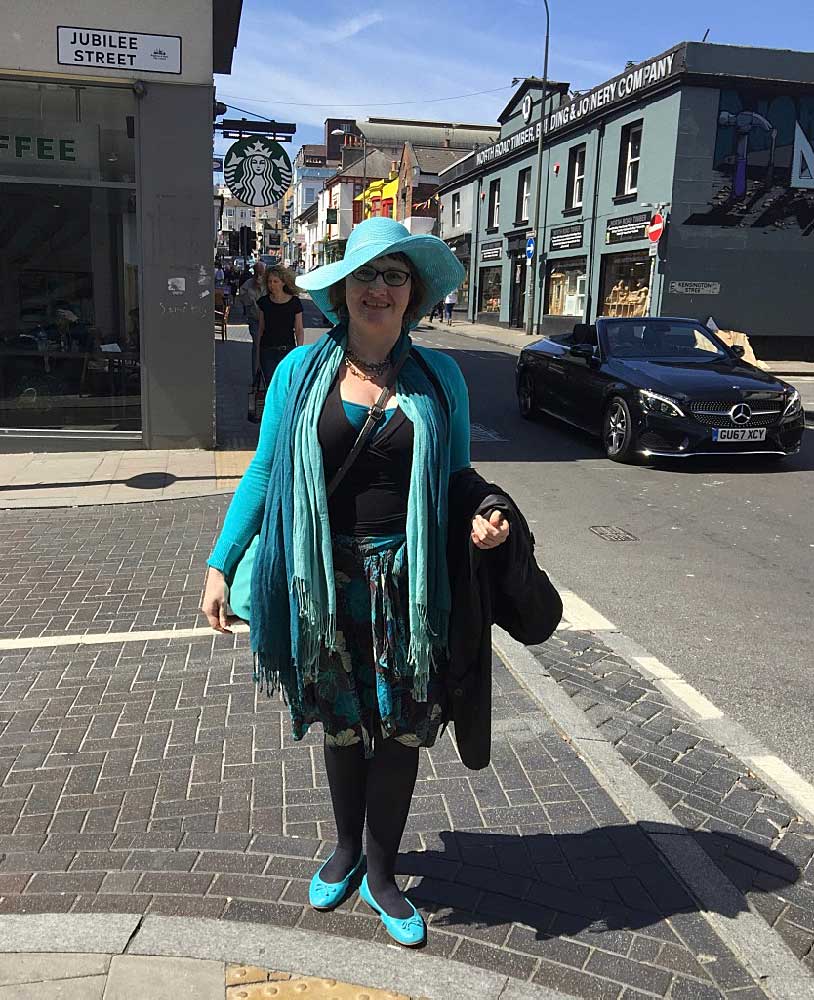 I was going to the cinema (to see Avengers: Infinity War – such fun) and was wearing jeans and no hat (I was thinking of the people sitting behind me) but honestly, I felt really under-dressed! 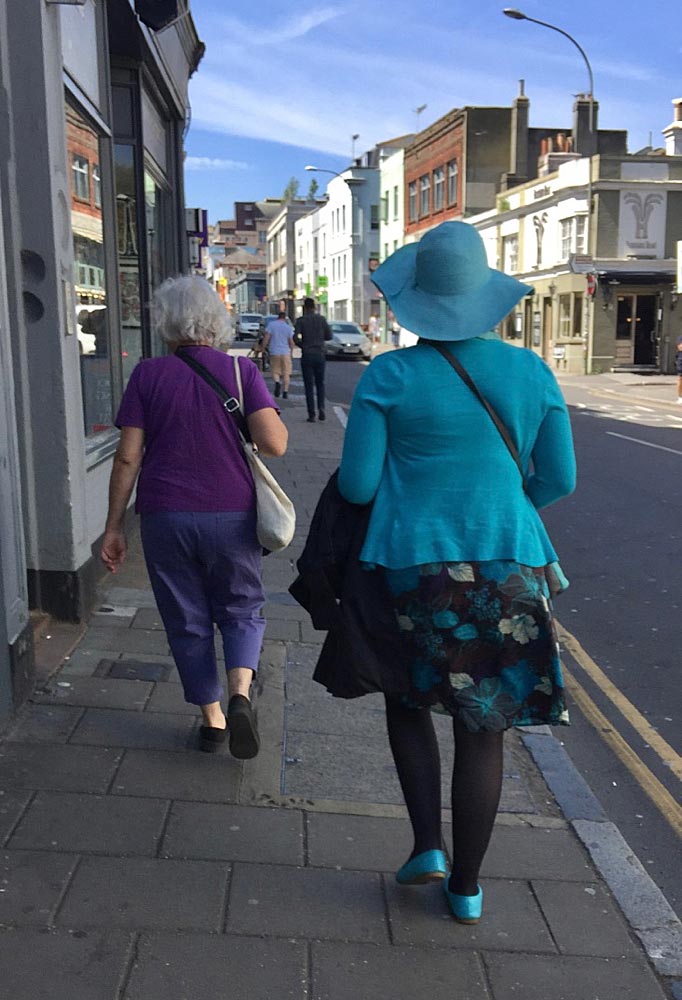 I thought she was stunning (apologies if she’s reading this as I didn’t ask her name). And look at the great co-ordination of colours of both these women – respect!

And finally, we’re still organising our flat and putting up our pictures.  Part of my de-cluttering was to look very hard at all the ‘art’ I’d acquired over the years. We decided that stuff had to blend with the look and the size of our much smaller living space, so we gave away several pieces before we moved. Once we’d moved, if we could see a print wasn’t appropriate for the flat that would also be given away. Above all, our ‘art’ had to ‘go’ with the colour of the walls. Our yellow wall, for instance, has been bare since it was painted as I just didn’t have the right thing for it until, that is, last Saturday when I spotted an unframed print in a great shop and studio space just off London Road called Atlier 51. Reader, I bought it and had the exact size frame waiting for me at home. 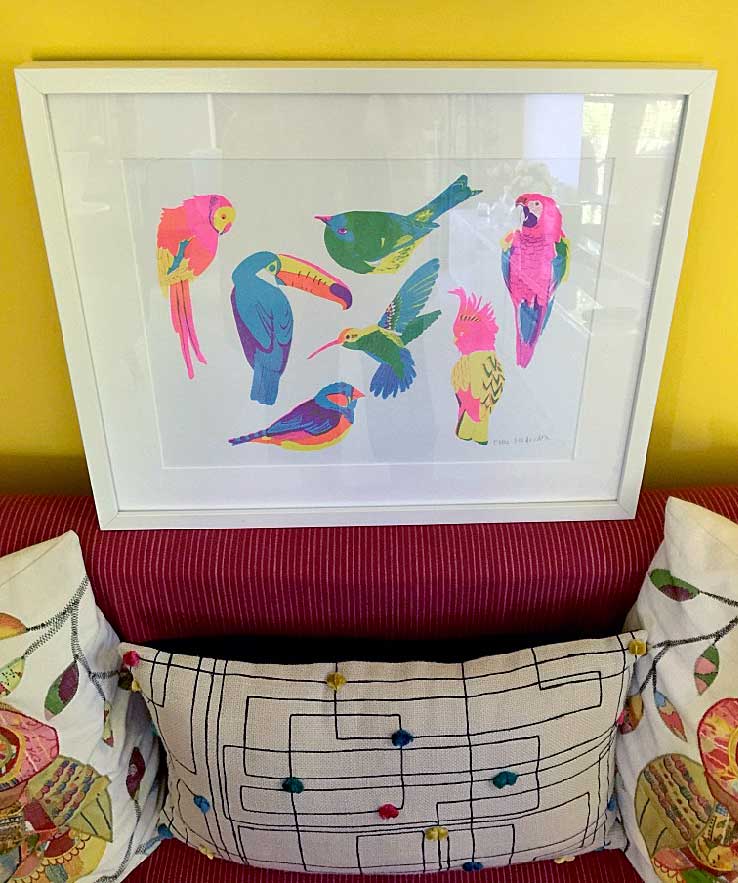 I’m so happy with the yellow, pink, blue and green of the parrots. It’ll go up on the wall very soon. So, it’s not just clothes that can be colour co-ordinated it’s walls, and cushions and prints as well!

And sharing with the usual lovely people – icons on the side or at the bottom if reading on a phone.

27 thoughts on “Out and about in Brighton”