Yes, continuing my theme of how I really try to not buy just because I’m in a charity shop, and it’s such a bargain, or it’s a great piece but I’ve got nothing to wear with it but, hey, I’ll get it anyway (which is what happened when I saw that grey hat and scarf in the Faroe Islands) I want to tell you about a shopping trip that went (coughs apologetically, because it doesn’t happen every time) exactly as it should!

Btw, for those of you who haven’t come across the Faroe islands, they’re Danish islands set half way between Scotland and Iceland, and as you would expect the weather on the islands can be harsh. We both wore padded jackets when we visited, and it was August!  The Faroes’ economy is very dependent on fishing and farming, and it’s predominantly sheep farming as these sheep are particularly hardy with wool that has a high proportion of lanolin to cope with the wind and rain. The women knitted jumpers from this wool for their men to wear on land, and at sea, hence the instructions not to wash the scarf and hat I bought as the proportion of lanolin keeps the wool practically waterproof, and that would change with a wash.

Anyway, I was out in town in yet another downpour feeling a bit cold in the outfit I was wearing, which was a pair of Primark skinnies and a Peacocks top (not wool), plus coat of course. 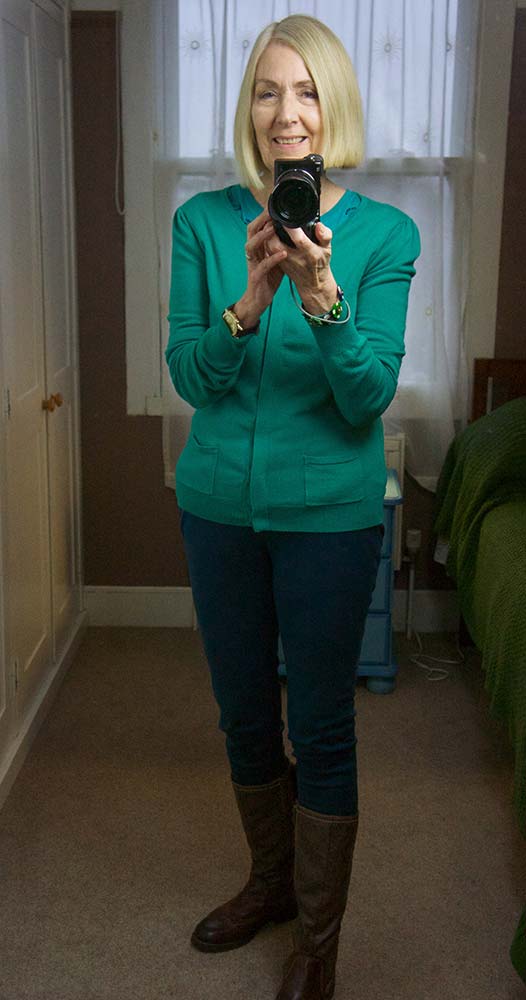 So, feeling a little bit damp I popped into a charity shop and found a woolly jumper in exactly the right shade of green – for £4.99. 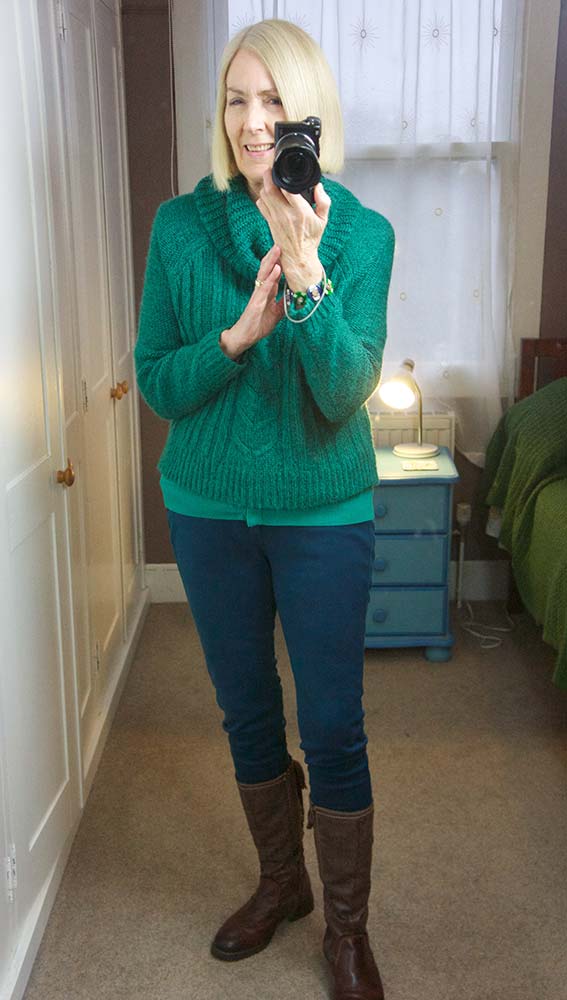 I couldn’t have found a better match of colour if I tried!  Then I went into another charity shop and found this jacket.

I felt both warmer and toastier, and pleased to have found such a smart jacket that matched the outfit I was wearing and also that it was at an excellent price of £5.99.

I suppose what I’m saying is when I’m in a charity shop I always aim to build on an outfit rather than buy random bargains, and this time I succeeded!

With love to you all, plus a big hello to any newcomers.

13 thoughts on “On not buying clothes at random!”