I expect you’re very busy. It’s just one week to Christmas and there’s much to do. We’re hosting the Christmas lunch and there’s all the food shopping to complete and orders to be put in. Btw, I don’t do ANY baking. Not now, not any more. I used to make everything including my own bread. Yes, stuffing, Christmas cake, mince pies, Christmas biscuits (cookies), savouries for people coming round (e.g. cheese straws) I made it all. Now I think life’s too short! And that, at my age, is actually true!  Instead I spend my time ordering in food (I cook the turkey with all the trimmings, of course) and getting things like my nails done. They’ll be a sparkling green and red, I think, and I’ll take a pic or two when they’re done for you to see.

Am I remembering things correctly but winters were colder, weren’t they? I know we had several snowy Christmases here in Brighton. I also know people prefer warm weather but I truly long for cold weather to go with the festive season. (I always sleep well when it’s cold!) Actually, there were a couple of days last week when the temperatures dipped a bit in the UK. Yet, I heard a lot of complaints about this, but people, it’s winter, it should be cold!  Me, I was delighted with the cold, as I got out a hat I’d bought last year but never worn. The hat was new I’m afraid, but bought in a rather dinky vintage shop in Lewes, Closet & Botts. 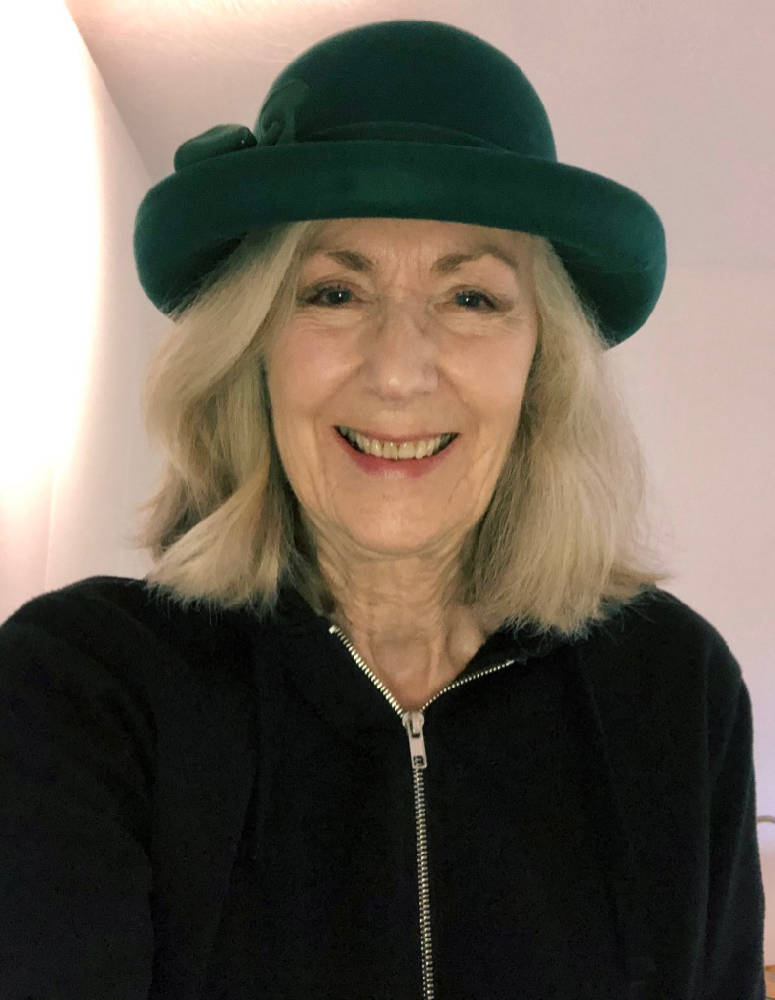 The green colour went well with the red Michael Kors puffer coat, which you might remember I bought for next to nothing at TKMaxx.

Yesterday the weather was a lot warmer so I wore my £5 yellow coat with the wonderful yellow pom-pom hat.

Here you can see that I completed the yellow look with a yellow scarf. 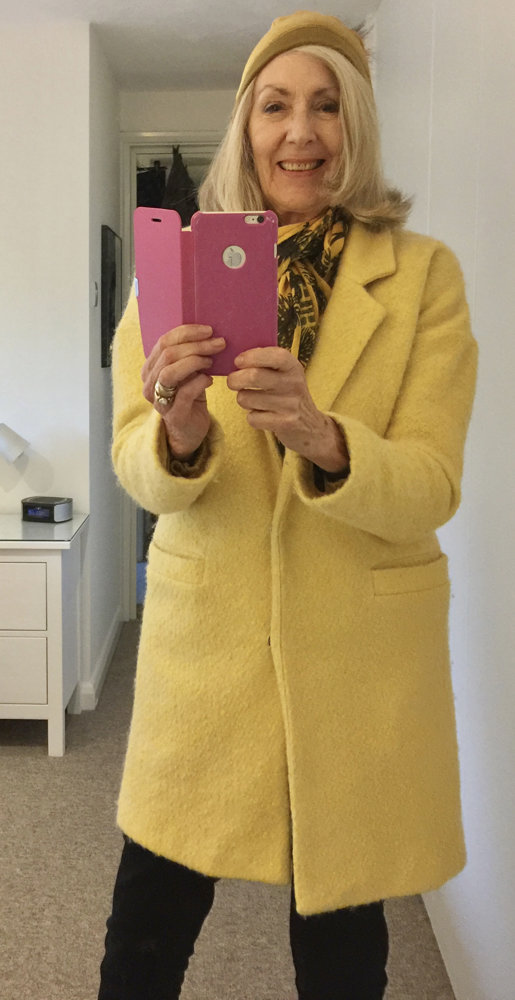 I mean if you like a colour just go for it!  Actually while I was out several people came up to me and mentioned the brightness of the yellow, which was in such contrast to the grey cloudy sky.  Always remember I’m telling you this to encourage the wearing of brighter clothes in winter and a move away from the ubiquitous black. And gosh do we need a bit of colour and gaiety here in the UK, for reasons I won’t go into on this blog!!!

And now for an update on the proposed makeup videos I’m going to do. There have been a couple of challenges to overcome. One was that I’ve had to update my phone as it didn’t have enough memory. I was half way through a video when the whole thing came to a stop. I thought that referred just to the videos and the next day I took some pics for this weeks blog but yesterday couldn’t find them anywhere – the entire phone memory was completely full. Now I’ve got one with over 200GB so it’s all systems go (the previous one had only 16GB – not enough). And here you can see me wrestling with a selfie-stick, which wasn’t tuned into the new phone! I mean for those of you who’ve been doing this for some time, you must think….. 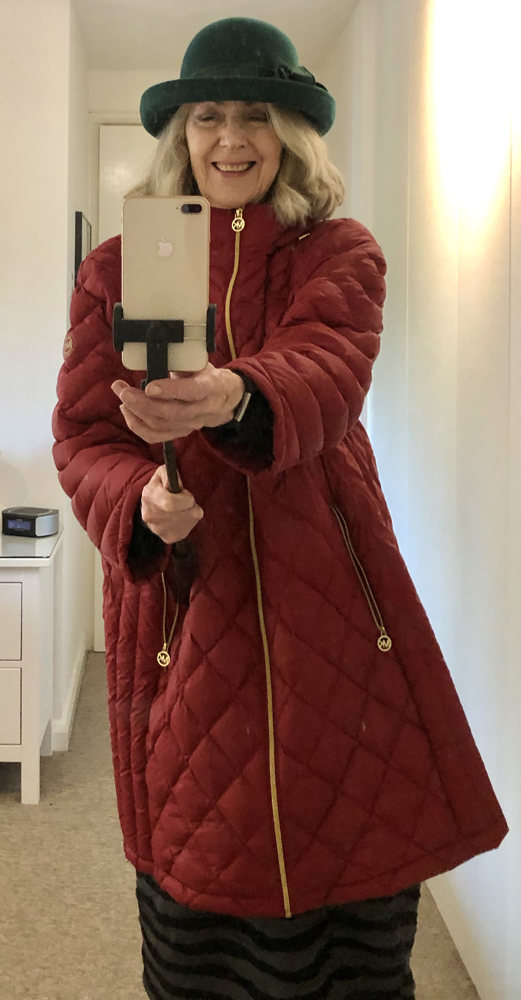 But actually I do love having a project to deal with. I’ve done a couple of videos already, but I realise it’s not just the video it’s the editing and the overall ‘look’ of my YouTube link plus other minor things I have to do.  And all this while I’m writing on My Other Blog (nothing this week, but twice last week) and then it’s Christmas!!! Here’s an aside. Are you a quick writer of Christmas cards? I am not, but Mr F is. He just writes, ‘from’ and our names, while I like to write long notes inside my cards, and invariably there are one or two I just don’t get round to because I think I should be writing practically a letter inside the card. And no I don’t do that Round Robin letter – I think they’re awful  (I might tell you why I think that if you ask, but won’t say on the post!).

Anyway, although the YouTube thing is near to launch I won’t talk about it again until I am totally ready!  But thanks so much for your interest. Yes, it’s a challenge and a learning curve, but it’s also fun and it’ll be great to share this with you.

All the very best and good luck with the last minute Christmas chores!

38 thoughts on “On hats and coats and other things – like painting one’s nails instead of baking!”