I’m back from our cruise to the Faroe Islands, which was great although I’d forgotten how noisy these ships can be (in the cabin, that is) so it was lovely to get back to dry land and some silence!

Anyway, here are some pics and, at the end, some thoughts on wearing whatever you damn well please! 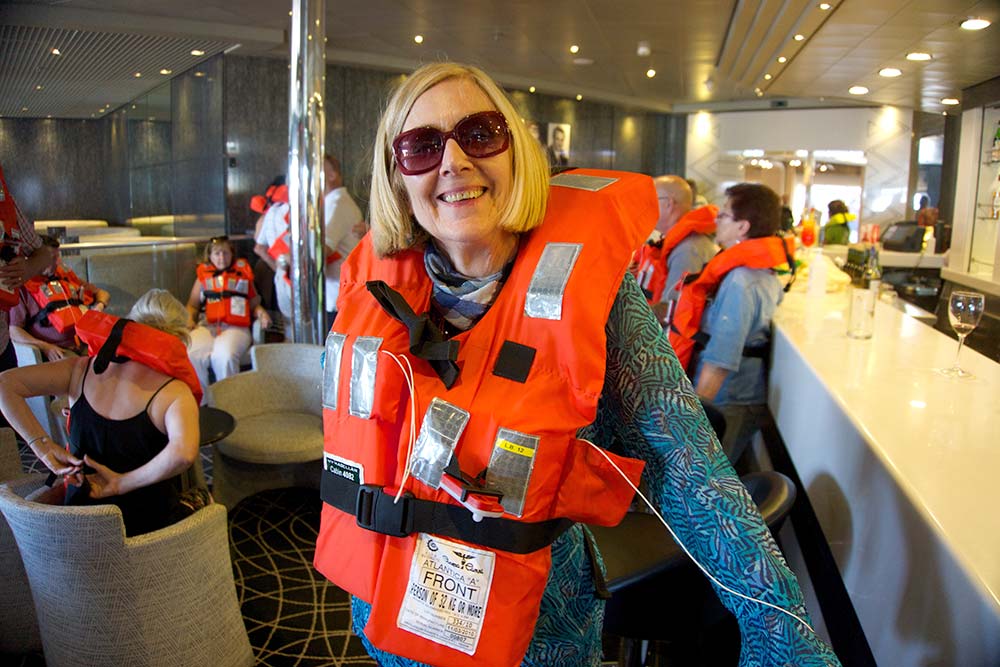 Let’s start with the safety drill – here I am with my life jacket. I’m glad to say that this cruise line makes you find your lifeboat and stay there until the captain inspected us. We had a bossy member of crew who told us to behave and got us all standing in line!  Some grumbled at this – no, people, it’s good to have someone firmly in charge and know where to go, if ever….. 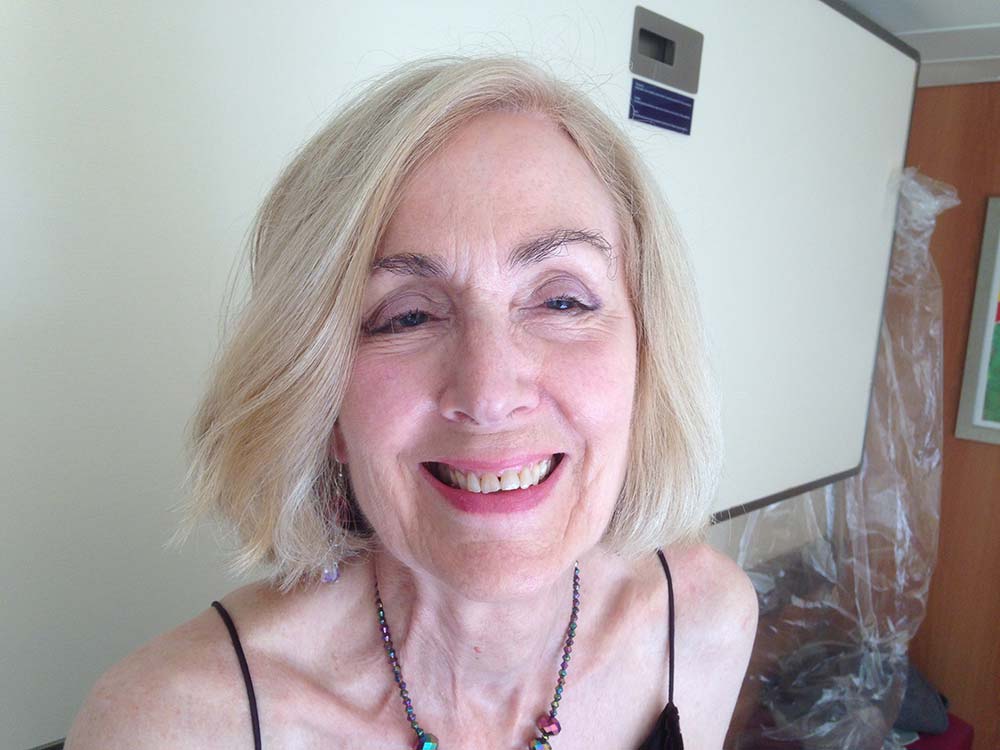 Our first formal night and here is a selfie to see whether I’d put my makeup on OK.  Tricia, I was wearing my Lookfabulousforever base!  And below is a pic of the dress, which is only taken out and worn on cruises; it’s a glorious Monsoon dress made of silk devore that I bought three years ago for around £12 . 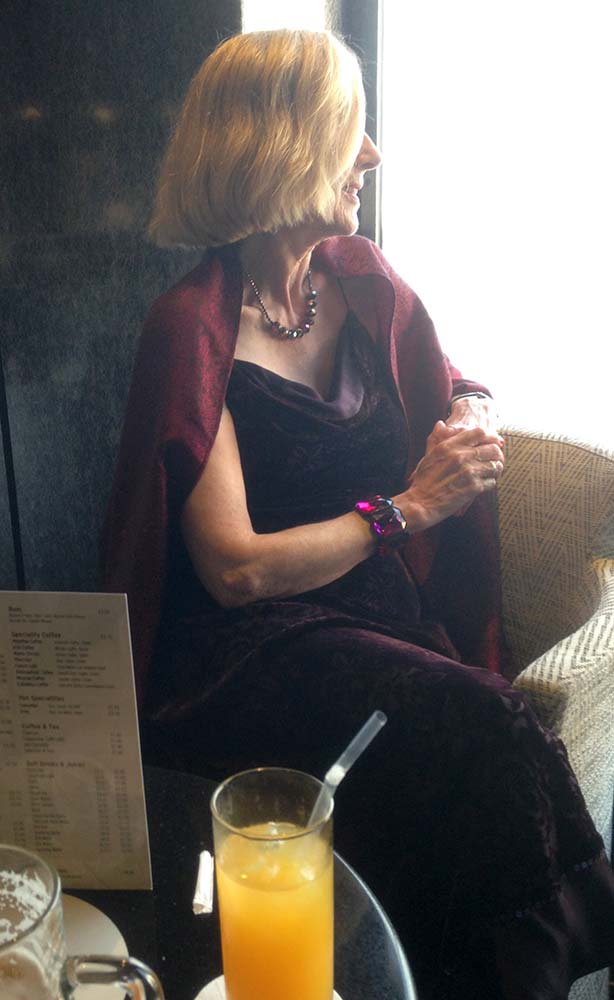 Our ports of call were Torshaven, which was a lovely, very Danish, little town where I went straight to Gudren & Gudren (where the sweater worn by Sara Lund was knitted). I tried on lots of jumpers but none of them were quite right, although I nearly bought one until I found out it was knitted in Peru. Not what I wanted so in the end bought an amazing scarf and hat, which I’ll feature later in the year. We also went to the Shetlands and Orkneys but both days were grey as were the surroundings.

The best of the cruise days was spent in Edinburgh where we experienced the Edinburgh Festival in all its glory. Very buzzy and whacky – walked up the Royal Mile with dozens and dozens of acts all going at once, and people handing you flyers saying ‘please, please come to my gig, for free’. We went to one in a dive – umm, edgy! Then paid to go to two acts – one was Henning Wehn, a very funny German comedian who has some brilliant observations on us Brits,  He’s been on the panel game QI.  And then we saw John Lloyd who invented QI – my word, what a mind that man has!

OK, while walking round the streets of Edinburgh I noticed that there was a kind of a ‘look’. It was a very short, frothy kilt worn by lots of the lovely students who were obviously aged anything between, say, 19 and 21. 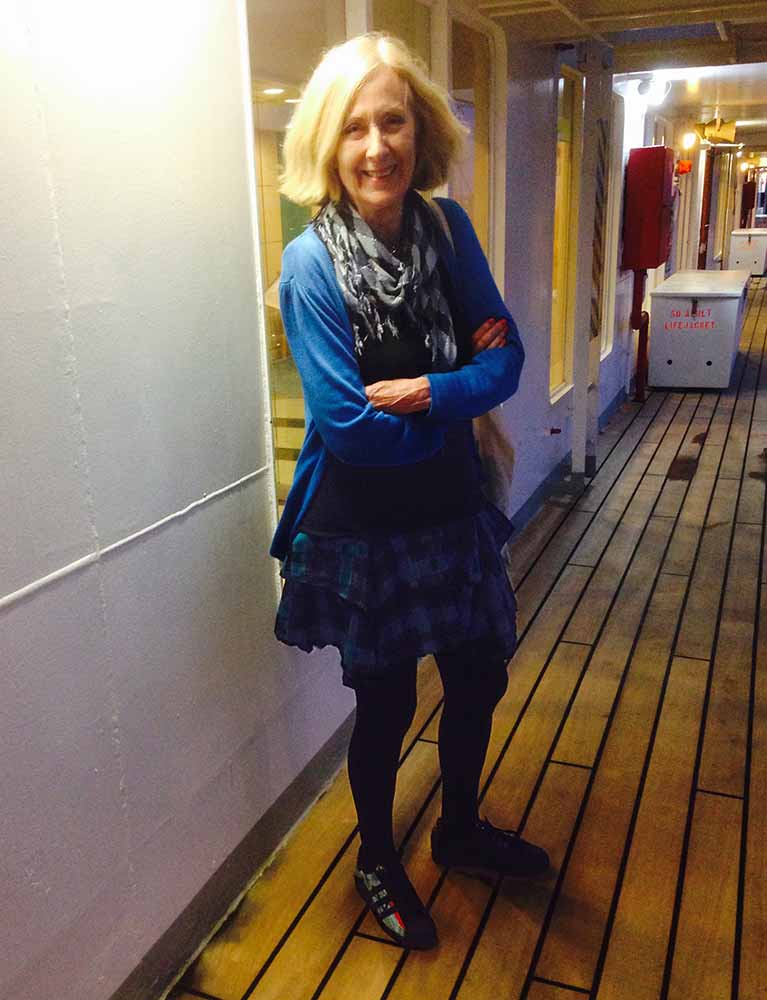 And I’m linking up with a campaign #iwillwearwhatilike run by Catherine Summers who writes the blog Not Dressed As Lamb. I like a list or two but Catherine found a list of things we shouldn’t be wearing after 30! Thirty! Ye gods! Yes, seriously, whatever your age You. Wear. What. You. Want. And that includes wearing short skirts – go on, I dare you! 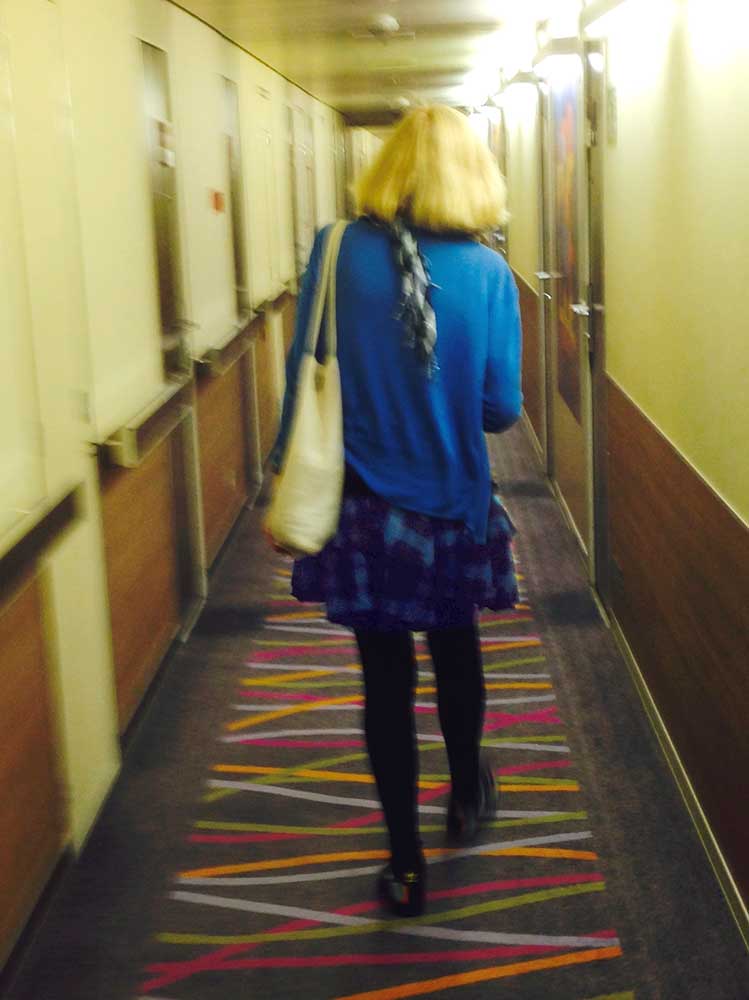 Thanks Catherine (and Judith Boyd btw) for drawing our attention to this ageist nonsense.

12 thoughts on “On cruises and wearing what you want no matter what your age is!”