A couple of weeks ago I bought a top in the Martlets Hospice charity shop in Lewes. My word, it’s a keeper. I’ve worn it and worn it. Here it is. 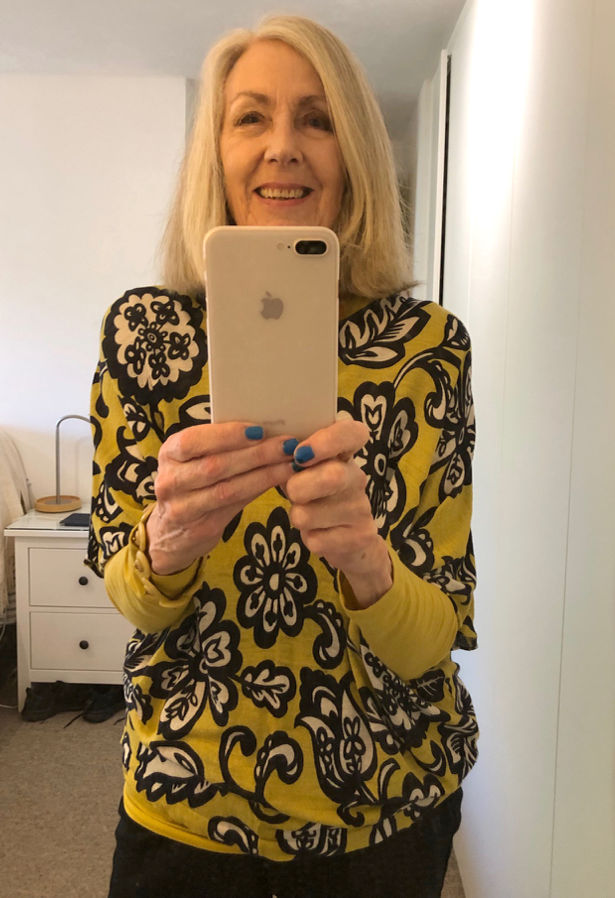 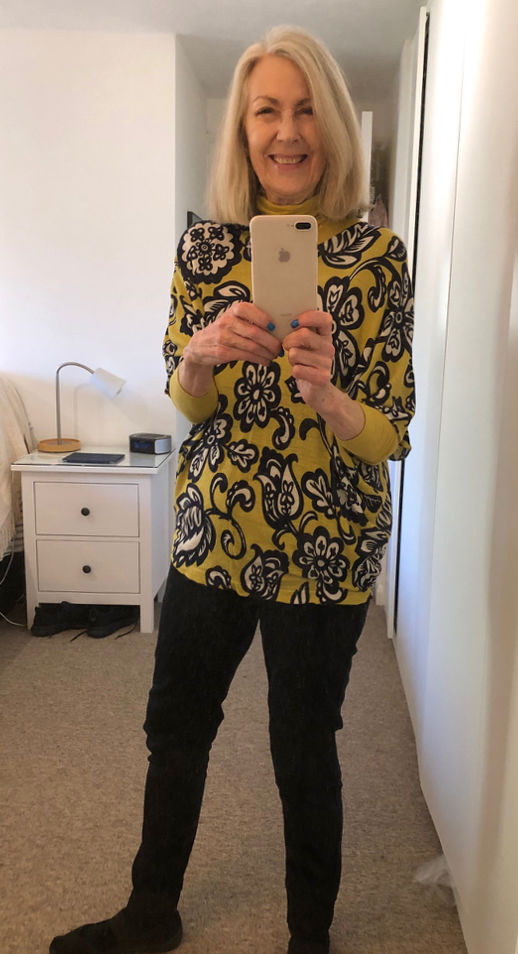 I’m wearing the top over a yellow polo neck, which I bought new from M&S, and love, as it’s i) thermal and so toasty, and ii) polo necks, apparently, are in!

Here I am out and about in Brighton, where I’m standing outside the Oxfam charity shop. 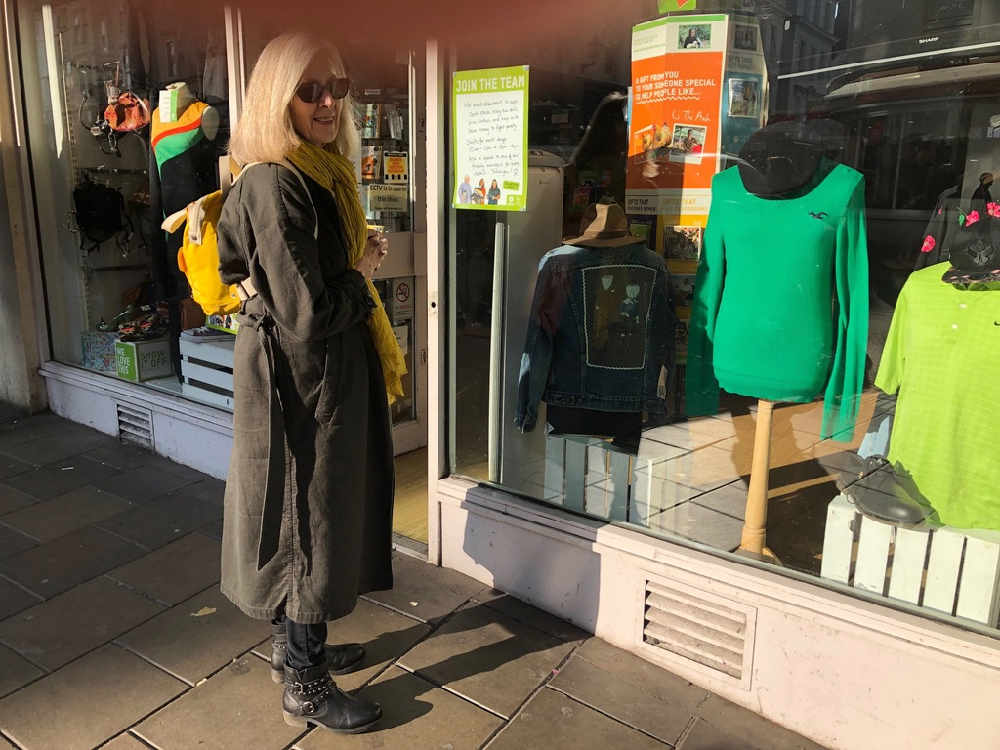 Over my top and jeans I’m wearing a heavy cotton grey coat bought last year at Urban Outfitters at £22 down from £95. Can you see my boots? Oh dear, another new item, but I was desperate as the old and very nice charity shop boots I’d been wearing were getting dangerous. I’d worn the soles down to a slippery glass. These new ones were half price though (£35) and are the type of bootees I love – just look at the studs! Underneath was my top! 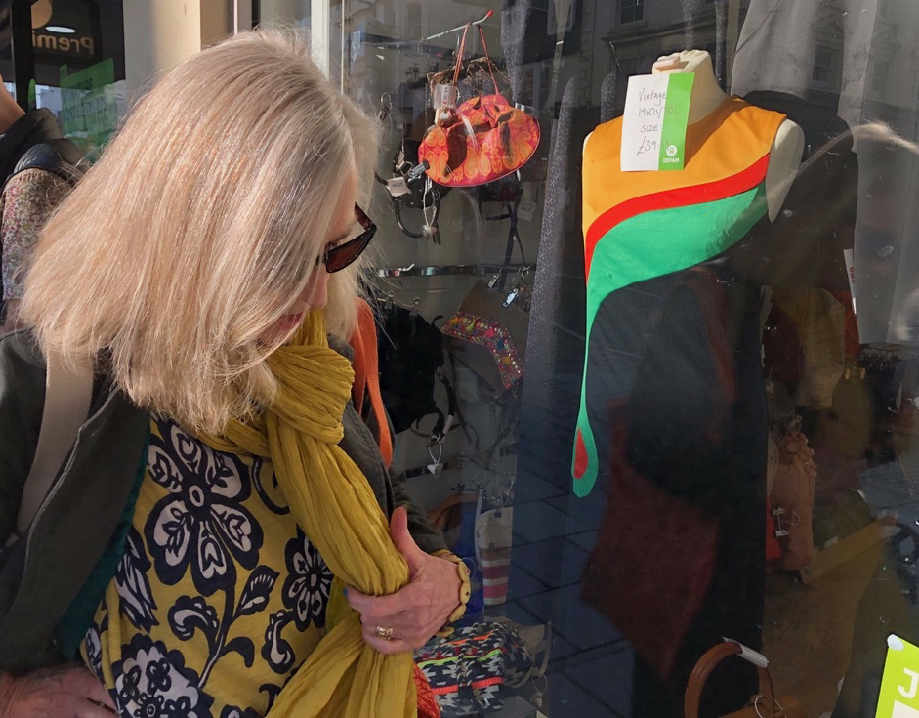 And again. Another action shot! 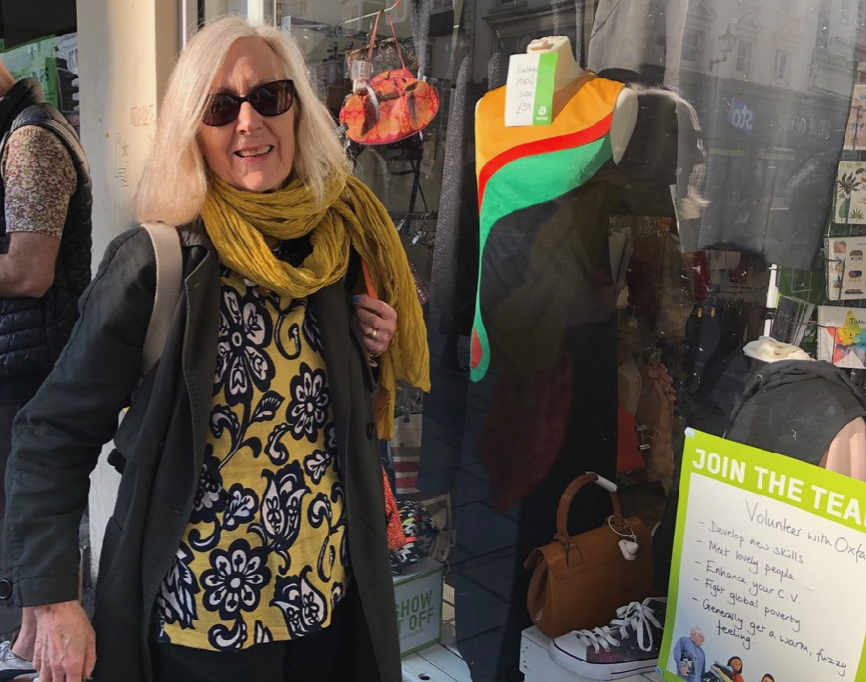 Then last Sunday I wore it up to London and here I am, at the V&A, again! This time I’m wearing the top over a black M&S thermal polo. 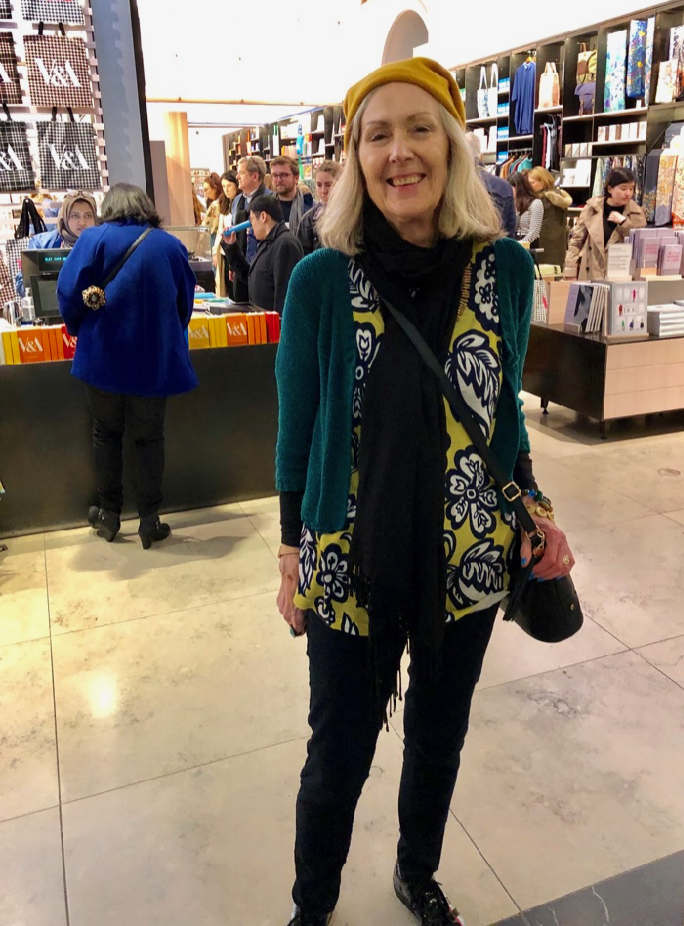 I would have liked to have worn a bigger brimmed hat to London, but this woolly hat can cover all my hair – so necessary as we left for London in the pouring rain. Black scarf and little green cardi also charity shopped.

We saw two photography exhibitions whilst in London. The one at the V&A was so interesting and total fun. Here’s a couple of pix. 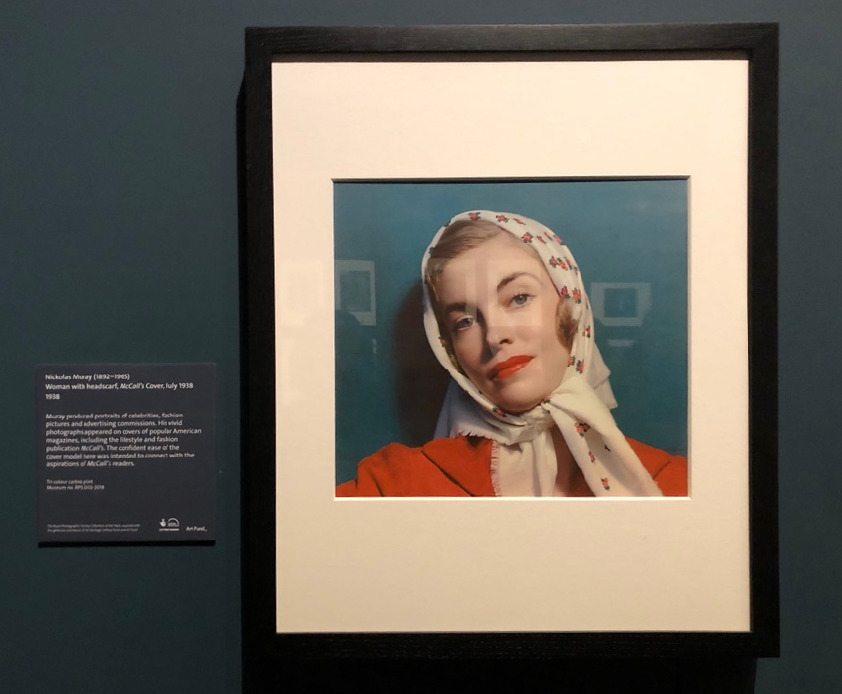 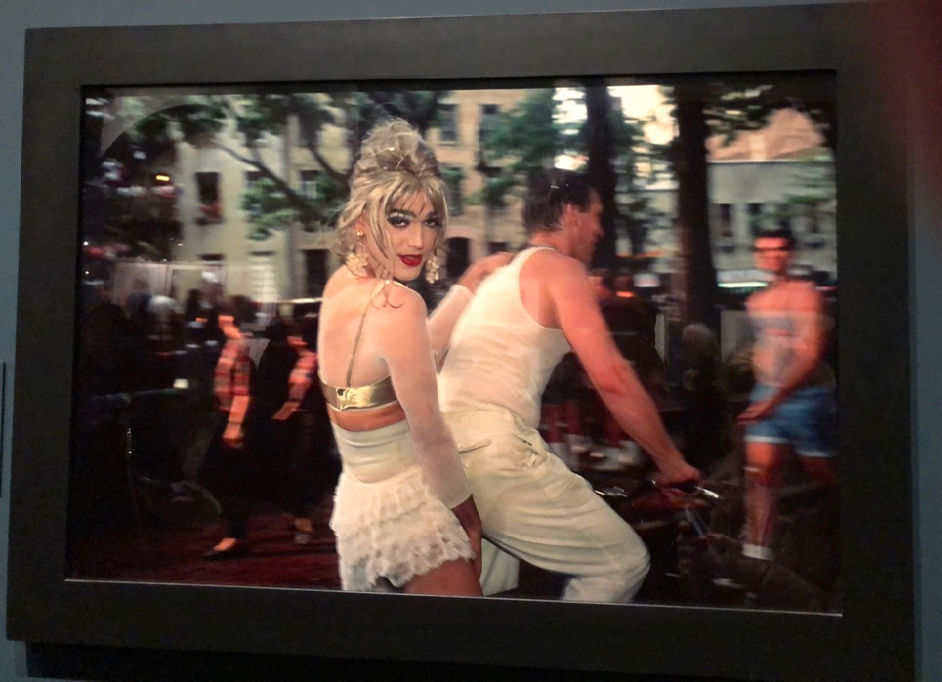 The exhibition traced the origins of the V&A collection so it had a lot of depth and breadth but those two pix – they just caught my eye!

The following day we went to the Tate Britain for the Don McCullin exhibition. Go. Do go. I think, if you can, you have to go.  He’s a British photographer, but for starters he has taken some of the most iconic photos of the Vietnam war including the one of the soldier with ‘the 1000 yard stare’ – there were others just as devastating. But it was the ones of the Biafran war and famine…. Yes, McCullin does look at the worst of humanity, but he feels he has a duty to bear witness. Yet he also feels that his photographs have done little to end the suffering of the people they depict. He now lives in Somerset near the Somerset Levels and there were many beautiful photographs of the area. I warn you, you have to be in the right frame of mind to see this exhibition, but I do also feel we should open our eyes and really see the world for what it is. And he is one of the most important photographers of our time. There were moments when it felt it was a duty to look. But you also felt, despite his reservations, we were witnessing greatness, valour, devastation and life, as it is, for many.

Afterwards, I had a very large slice of a very creamy coffee cake and several cups of tea. And, on reflection, after seeing both that exhibition, and the one on the previous day, you felt grateful for the art of photography: you want to salute their eye, their judgement, their perceptions, and their skills. Yes, unusually, for such a large exhibition, McCullin had printed every one of those photographs himself. Amazing.

Well. Back to Brighton we went, with our heads kind of expanded and full of images, and of course, back to reality, which is mundane but also it’s about communicating with you! And I’m talking about at my latest YouTube creation, My Daytime Look No2 – do have a look!  Why? I’m so amazed! Daytime Look No1 has reached 1000 views! This time with the Daytime Look No2 I try to recreate my makeover from Shelly at Balm, Lewes. Do look and see if I can do it 🙂