I’ve bought two more skirts, which aren’t featured here, you’ll see them another time. I am such a skirt person though, and always have been.  Jeans/trousers/pants are so not my go-to item of clothing. But for a short time after I retired I wore jeans a lot. I mean I was retired and surely that meant you didn’t have to dress up, which I had been doing all my working life. I hear from another blogger (Catherine of Atypical60) that office-wear no longer means wearing smart clothes, in fact, anything goes, with people even wearing sweat pants. We’re on the same page, me and Catherine, because ten, fifteen years ago, even though I never worked in the corporate world (after nursing it was always the voluntary and care sector) we dressed for work. I went to many meetings and it was a smart skirt, a silk shirt and always a jacket. Took me years to reduce the number of jackets I had in my wardrobe. So, after retirement for three years or so, I wore nothing but jeans, because, surely….there was nothing to dress up for. But, then I had a, well, a moment. I mean what was I doing?  This was so boring. But could I afford the high street prices? No I couldn’t. So off I went to my local charity shop and there you have it.  That’s how my attitude to life, the universe, and ethical and cheap clothes shopping began.

And I also wear skirts because of the quick change routine I go through in the gym changing room.

That’s an old charity shopped skirt, charity shopped leggings plus a hand knitted (bought) cardi and my wacky yellow hat. We’re going through a really cold snap here in the UK so it’s back to woolly hats and winter coats.

And here’s what I wore on Saturday. A black charity shopped skirt and a very old top – at least 15 years old, I think. 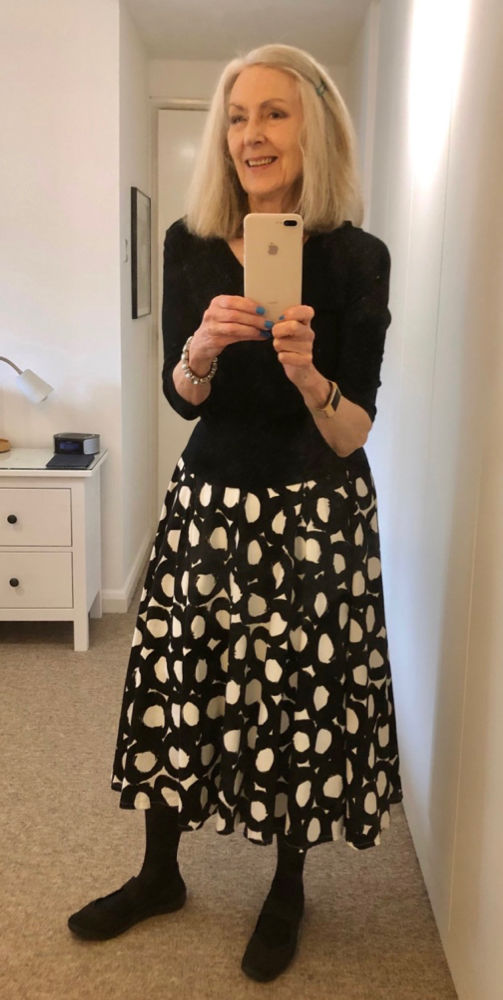 Look at the underskirt.  There’s a layer of net as well – it rustles as you walk. 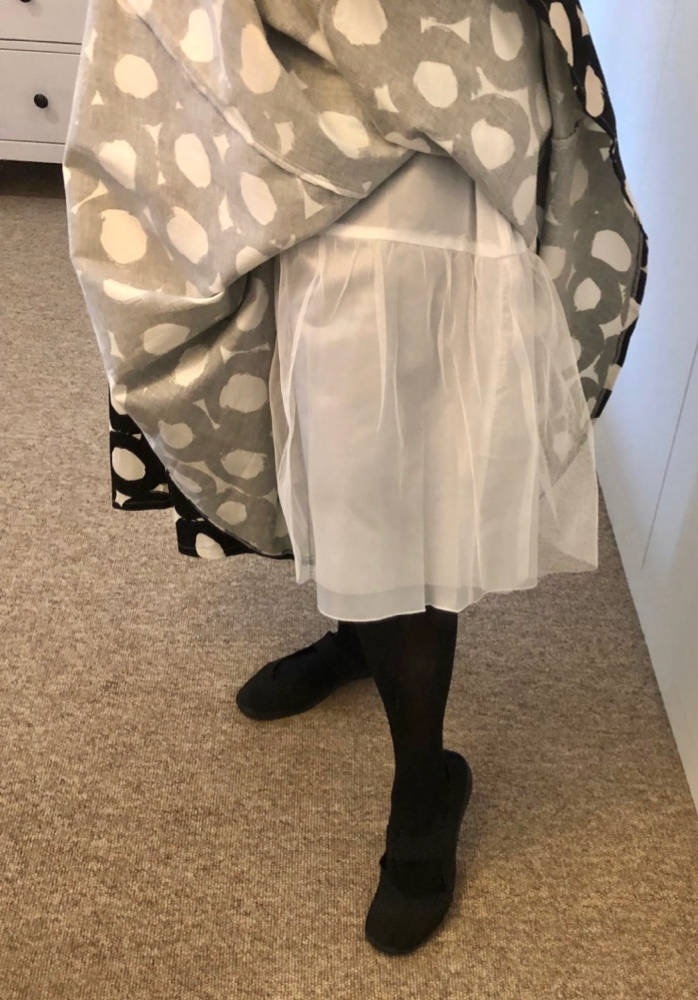 Then, how about this for a new buy?  It’s an Adini boiled wool jacket bought at quite an expensive price of £8.99. I say that as it was bought in Bexhill, which has many, many charity shops that usually are full of very inexpensive items.  But this was a winner – love the colour.

Here it is teamed with a non-charity shop scarf! 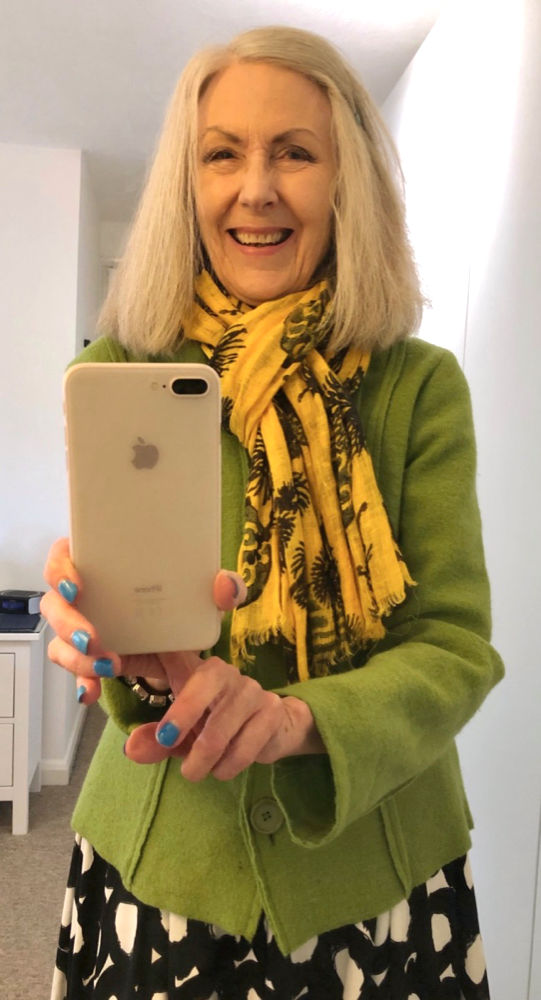 And then the hat. I was going to a memorial service and one of my big-brimmed black hats is my ‘funeral’ hat.  I always wear a hat at funerals out of respect for the person more than anything else. And by the way, do you think it gloomy to talk about your own funeral. I don’t. Because actually you should tell people what you’d like. I’d like a humanist funeral with people wearing wacky hats (that’s compulsory) and some great music through it.  And afterwards, some dancing (also compulsory).

Anyway, I decided to wear the red hat. 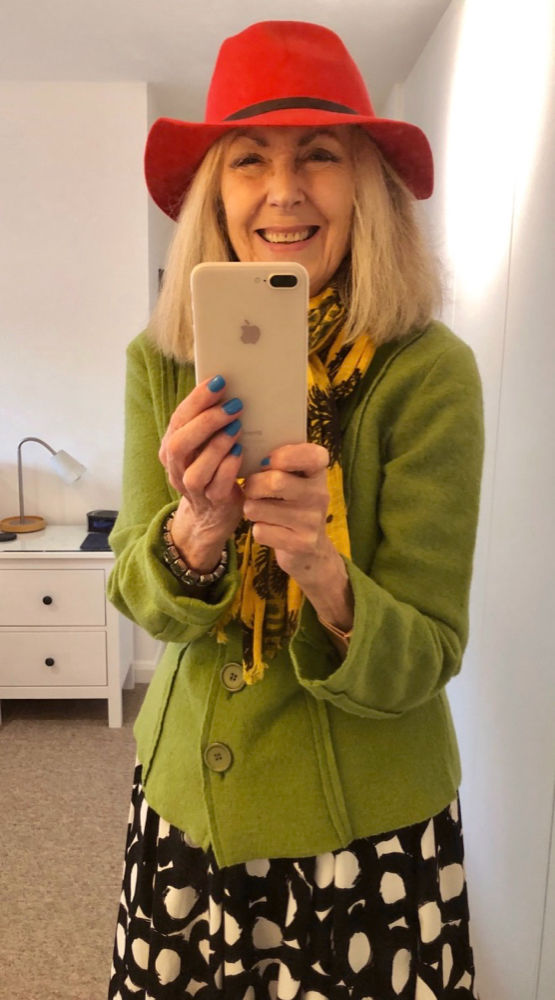 It was, by the way, a rather unique memorial service for a lovely man who had dedicated his life to humanity and his local community. And he was the Quaker chaplain at our local prison. Yes, it was a Quaker service. Anyone been to a Quaker service? It was a new experience for me and Mr F, and for others. So interesting. It was wonderful to hear people speaking about this man, but the silences….. Always be challenged, I think.

31 thoughts on “More skirts with an added pop of colour”