Hello and apologies to anyone who tried to read a post last week and couldn’t. The blog was down for 2 days. It’s a long story as to why but a big thank you to Mr F who sweated over his Mac removing numerous files. (He has many websites on his ‘platform’ – don’t ask – so it wasn’t just me shut down.) The provider wasn’t much help. They tell you there’s a problem, they shut down all the websites and say over to you. Then they don’t respond for hours to emails asking if we (as in Mr F) had done the right thing. Eventually we were given an OK and the websites were once again back on line – phew!

Although we have ‘packers’ the flat looks untidy and a bit bereft of its general look which is cool and crisp and minimalist. Instead things are off the walls and boxes lie around everywhere.  We move in 4 days time – woo hoo and eeek!

What with everything going on the exercises done at home are suffering a bit and gone down to a quick warm-up and the occasional weights.  But I’ve hefted furniture about a bit, in that I’ve taken things to the car to be given to friends or the charity shop.  And this last week we’ve been painting the new flat (all white) and it’s not just Mr F doing that. I’ve been part of this too and on Saturday I painted a whole room.  Quite proud that we’re doing this at our age – and yes I did say that!  We’ve had a few minor aches and pains but we’re OK.  I’m sure it’s all about the Pilates, which strengthens the core and generally, all your muscles. 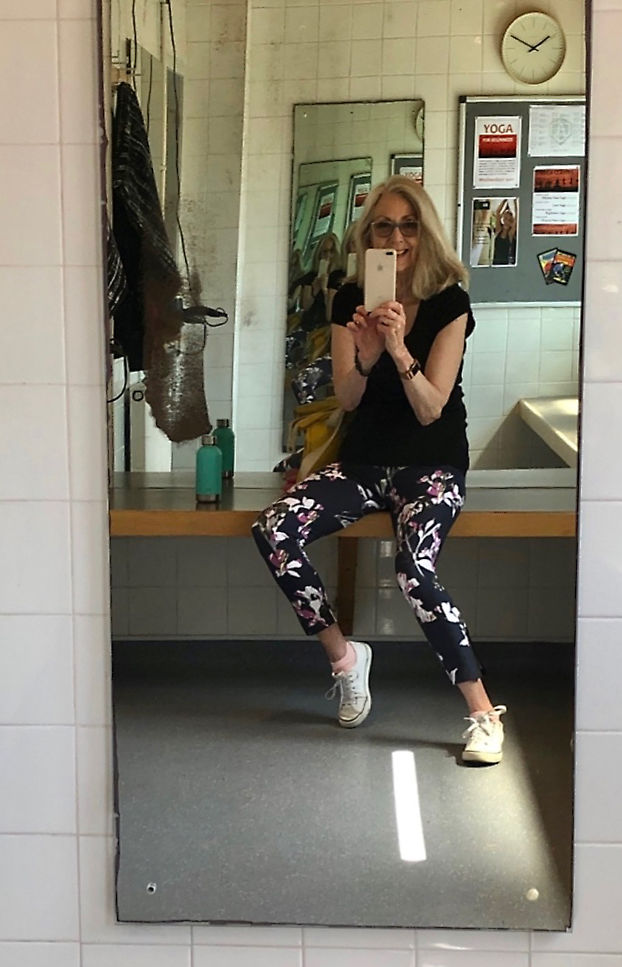 Wouldn’t miss my Pilates although I will in 10 days time when we go on our cruise. Yes 6 days after we move we will be picked up by car and off we go to Dover. And so glad we’re going before October. That’s a Brexit reference – say no more!!!

I decided to pack my suitcase for the cruise as while everything around me is chaos, at least I can relax in the knowledge that I’m packed and ready. Gosh, though, it took me 3 days to do the packing as I kept finding bits and pieces that needed freshening up. Yes, although that’s simply days and days before the cruise, I roll my clothes so they don’t get creased. Now that’s done it’s on to Mr F’s case!

You know already that the minimalist look of our current flat is moving on to the mid-century look and here’s our first find.  It was Mr F who, if he goes into a charity shop it would be rare for him find anything, as he doesn’t look at things like I do, but this time…………….  Just look what he found! 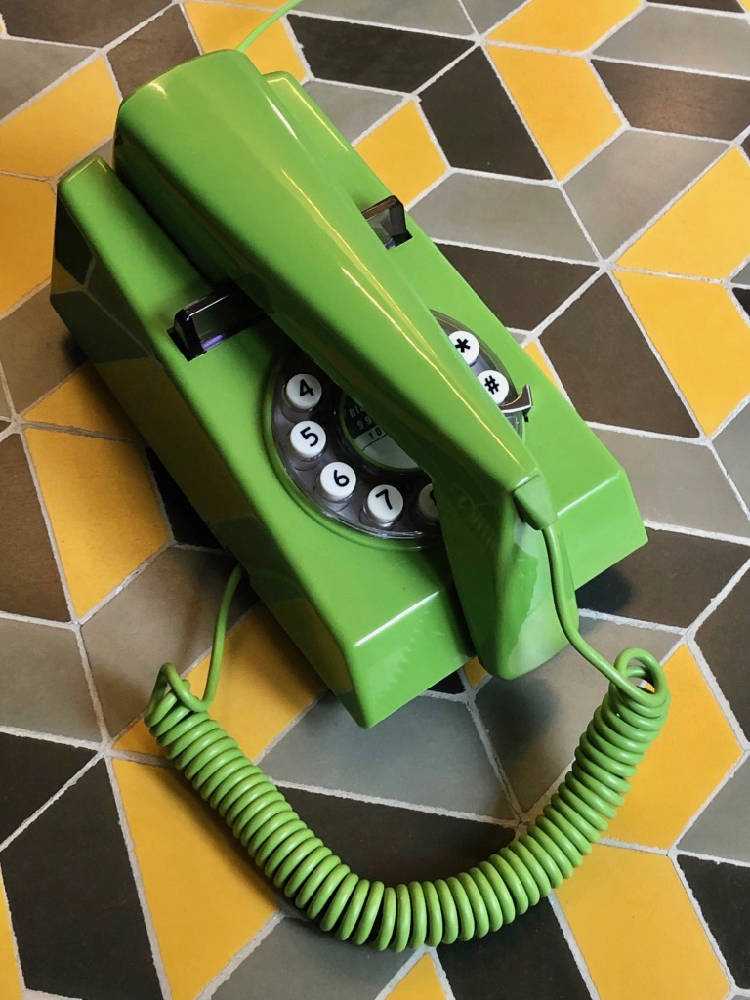 It works too and is now our mainline phone, which we’ll take to the new flat.  The thing is all phone ‘packages’ include a mainline but we never use this phone, it’s the mobile every time.  And when the phone rings 9 times out of 10 it’s a scam or a ‘survey’. Do you use a mainline phone?  I predict they’ll all be gone in 10 years time.  But we’ll keep the green phone – as an antique!

My artist friend who died a few weeks ago had a wonderful way of doing things to his house and his clothes including an amazing denim jacket which was totally covered in badges. I used to have a lot of badges, especially so when I was a member of CND and campaigned to ban the bomb – proud to say I went on marches and held hands around Greenham Common.  I tried to replicate the jacket. 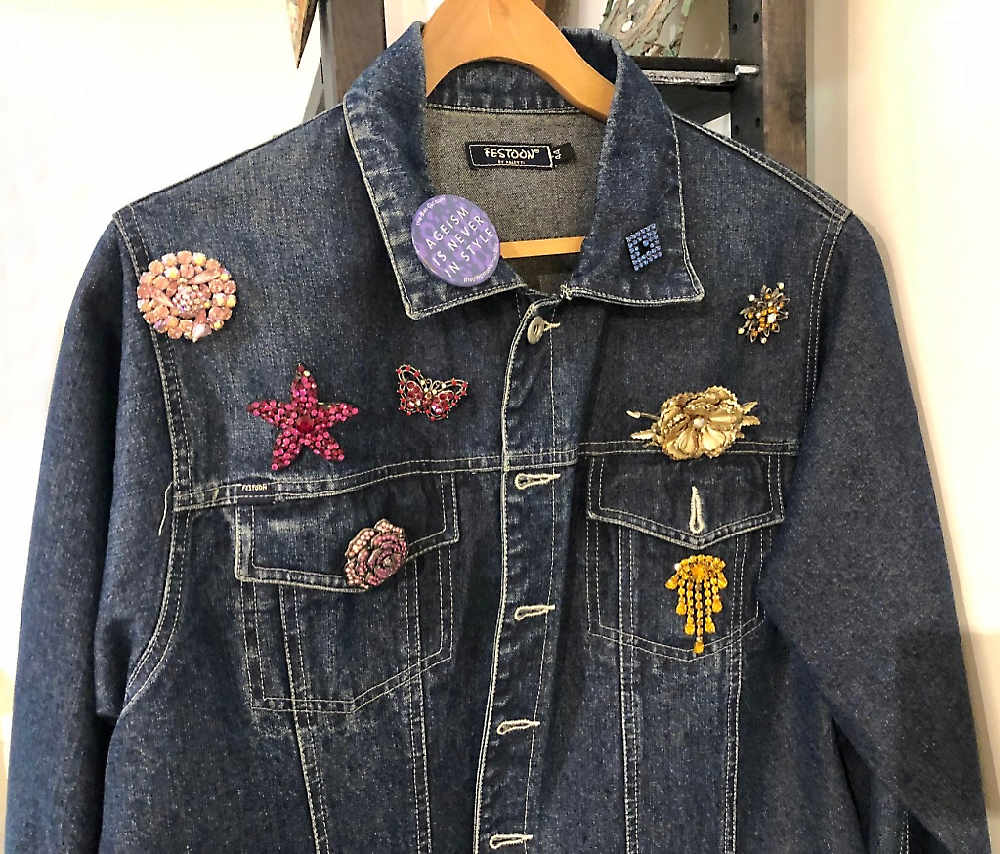 Not sure, but I could definitely wear this in Kemptown. Note the pic that went slightly wrong! 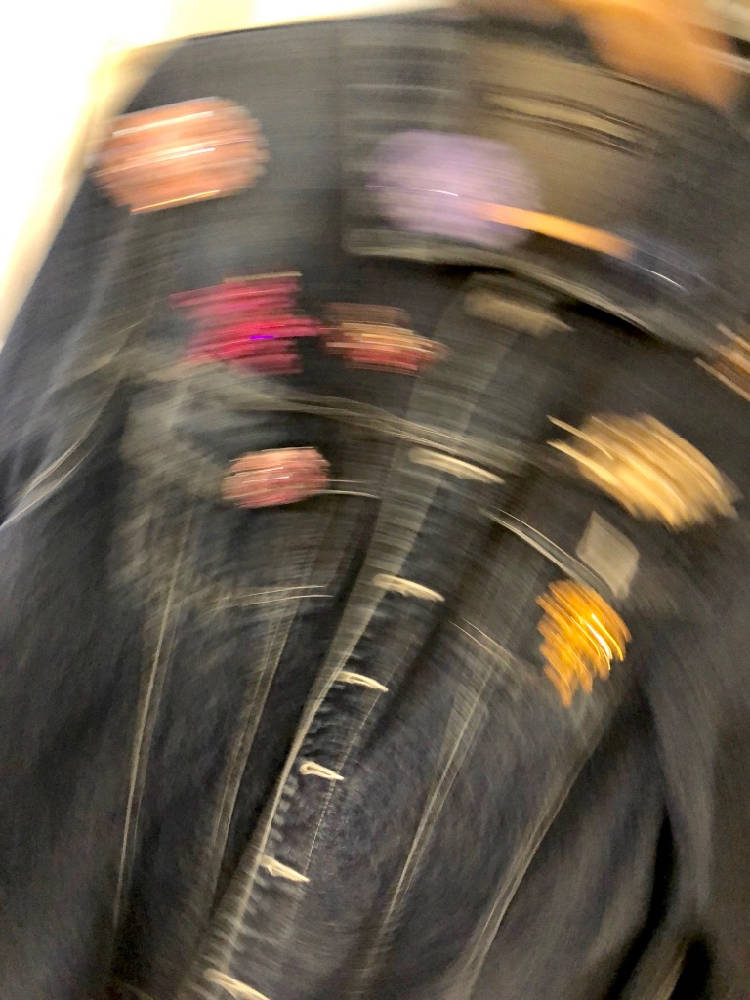 In haste, as much packing beckons!

17 thoughts on “More news about this and that plus an apology!”