Apologies for not posting for nearly two weeks, I should have said in my last post that I was going away, staying at my daughter’s in the small and very beautiful town of Lewes, 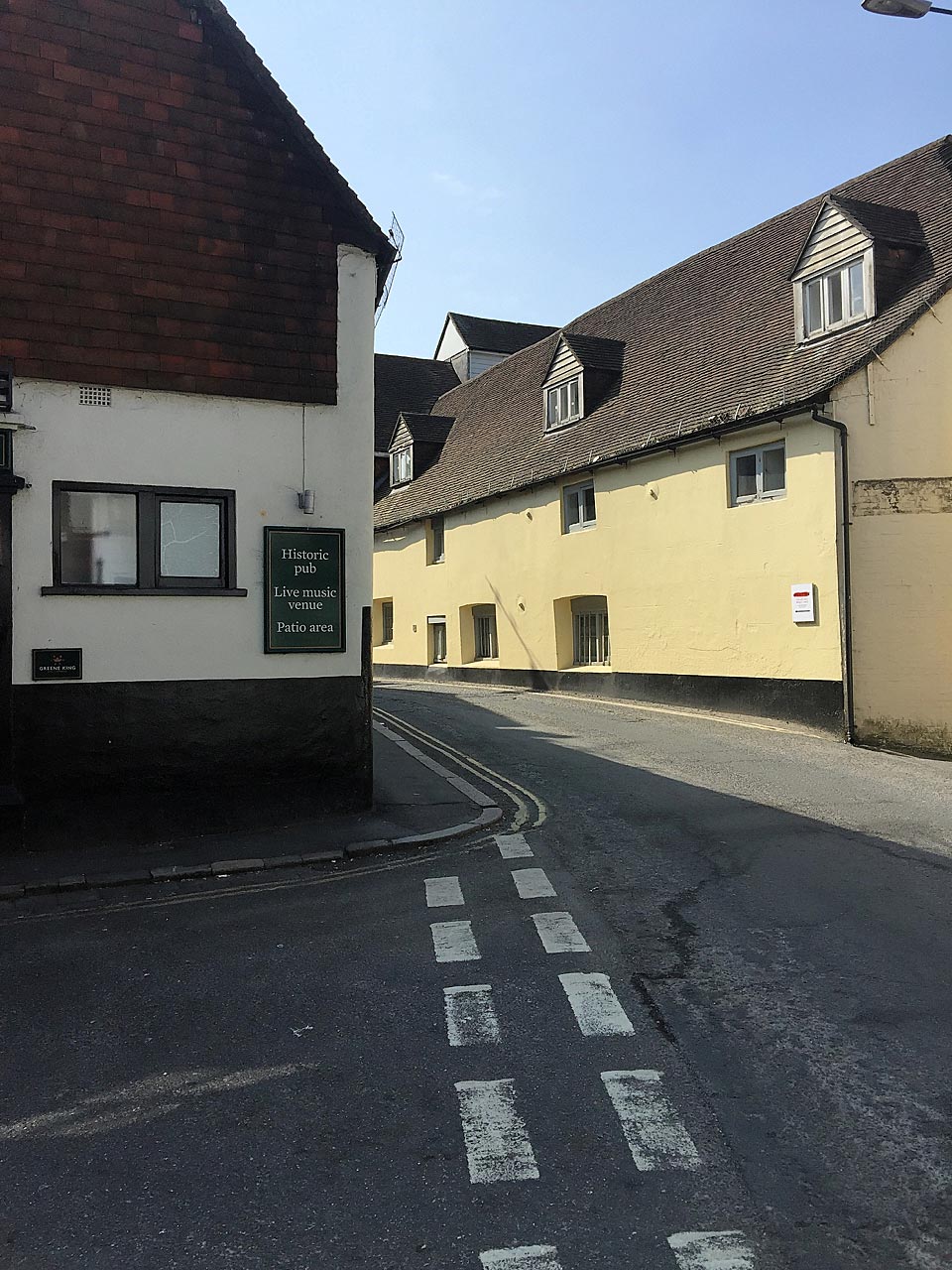 This is a typical street in Lewes just off the main High Street.

And then something cropped up and we went early. For the first 3 days my daughter and 15-yr-old grandson were around and then we have 7 days on our own in my daughter’s house.  It does count as a holiday as we are away from our flat in Brighton for the first time since November 2019. And it really is a break from the same old, same old. I am hoping to take some more photographs of the local area to show you some of the delights of this small town, but for the first few days I have spent a lot of my time just chilling in the garden. June is definitely the month of holidays as we are also off to Suffolk in the middle of the month. It is so lovely to get away. More about all of that in the next review.

So back to May, what did I do, well, it wasn’t all that different to the month of April. I continued to go to the opticians for tweaks to my new glasses. I’m having some problems in getting a made-to-measure sun visor for the pair and they’re back with the manufacturer at the moment. I went to the beauticians for more electrolysis – so essential! And I began to visit and see more of my friends, went to a dear friend for a delightful lunch one Sunday, and one friend came round not so long ago. It is a big change to how we’ve all been behaving over the last 12 months and I’ve already said I find it difficult to adjust but I’m getting there. We continue to visit our children though, and as they regularly take those Covid tests you can get from the local chemist, often before we visit, I have actually hugged both my daughter and son and their partners and our 15yr-old grandson. Oh how I’ve missed that close physical contact with my family.

The month of May has been unseasonably cold and wet here in the UK, which meant the idea of wearing summer clothes remained an idea, and I packed for our Lewes vacation when it was cold which seemed appropriate at the time. But it’s warmed up – huzzah and three cheers! Thankfully we had to nip back to the flat for an appointment with a plumber who is doing some work on our hot water supply and I picked up a few items to wear in the warmer weather. But I shall also go to the local Lewes charity shops to see what I can find. The Lewes charity shops are excellent. 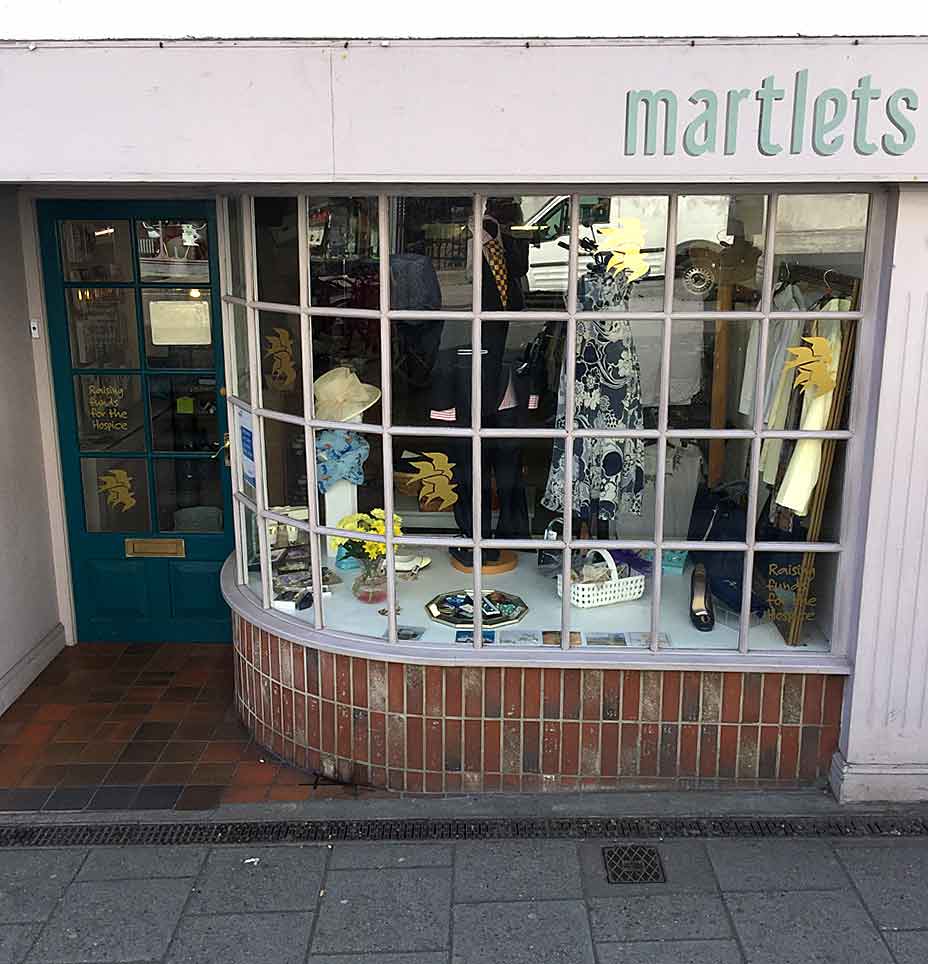 And here is a typical Lewes charity shop. You might gather that I’m rather looking forward to doing some chazza shopping  as I haven’t frequented many charity shops this month and in fact I created a huge pile of items that I have weeded out. That was because I was doing a fair amount of decluttering in case we moved – again! But as you know I got rid of that itch to move, and am content to do some reconfiguration of our rooms which I find very satisfying. Thank you so much for your informative comments about eBay and other selling platforms.  Lewes has several excellent ‘nearly new’ shops, they’re quite picky and in the past I’ve even had a few of my items rejected. Anyway, I have decided I simply don’t have the time to sell on eBay so I have picked a few of my very best clothes (mainly the size 10 and small size 12 items that I cannot get into anymore) and will see if they take them. That I think is the way forward for me and I’ll let you know how I get on.

We watched several films this month most of which were not the best. At my grandson’s request and my backing, we saw Godzilla v Kong (Amazon) and what a disappointment it was. Great CGI but the story-line was simply stupid. I mean I know the whole concept is but, even so, the previous Kong was far superior. My grandson liked it so that was good and really the whole point of watching it. However, we did watch one really excellent film this month, Clemency (Amazon), which I would give 5*+++ to. The lead, Alfe Woodard, is someone I haven’t come across before but my word, did she shine as the efficient stoic warden of a maximum security prison beginning to have doubts about the death penalty. And truly you watch and ask yourself, what barbarism is this to take a life even when it is sanctioned by the state? It is a breath-taking, sobering, superb watch.

We watched all three episodes of The Pursuit of Love (BBC iPlayer) and loved every minute of it. In fact, I was so taken by it, I immediately got hold of Nancy Mitford’s book that the TV series was based on and then read the follow-up, Love in a Cold Climate, which is another story of Fanny’s life. I’m taking a break from that genre of mad and very likeable toffs for the moment and currently reading two books in tandem, The Plague by Albert Camus, which is interesting of course but not exactly light reading and then because I’m on holiday, I bought The Thursday Murder Club by Richard Osman. Hmm, well, the thing is it’s very popular, and I don’t want to offend, but I’d only read it on holiday, not really my kind of book, and it’s too slow. I’m bored, tbh.

Having wasted our time watching some very bad films, television watching has been quite worthwhile, what with The Pursuit of Love which we adored, and then there was/is Mare of Eastwood (Nowtv) which, as I write, we haven’t watched the last episode. What a great series though. Kate Winslet has been amazingly good and the whole story so well written and acted.  It’s superb.

We came across Motherland some time ago but for some reason started on the 2nd series, so we’ve found the 1st series on BBCiPlayer and are watching that with the knowledge that there is the 3rd series to watch as well. Oh wow, what a series of excruciating episodes of excruciating mummies (and one daddy) at the school-gate. It’s so funny and just half an hour of great script-writing and laughs. We watch Motherland after we’ve watched The Underground Railroad (Amazon) which is quite a grim watch, to be honest, but I’d read the book by Colson Whitehead and it was definitely my kind of book. You know, of course, there wasn’t an actual underground railway to save escaping slaves but a series of safe houses and people who helped escaped slaves move on to where they could be free. But here in the book and the television series Whitehead shows us a fantasy world of an underground railroad that takes our protagonists onwards although, they are not exactly taken to safety. As I can’t remember how the book ended, I shall watch the whole series and hope they become free.

We still watch Schitts Creek (Netflix) and love it. We know we’ve got another series of Call My Agent (Netflix) to watch but are keeping it for the right moment!  But we have started to watch Halston (Netflix) which tells the story of the American designer who launched a luxury brand and was incredibly successful in the 70s and 80s. I’d actually not heard of Halston before, so it’s a learning curve for me to watch as well as being a joy to immerse oneself in the colour, the designs, the furniture, and the excellent acting from Ewan MacGregor. For a rather sweet and gentle watch, I do recommend Carry on Glamping (All4) which is a bonkers four-episodes of the stand-up comedian Johnny Vegas following his dream to open a glamping site made up from old buses. A business man he is not and there are many disasters. We have one more episode to watch and rather wonder if it all comes together or not.  But it is nice thing to watch after watching something grim, like our latest noir, which we have just finished, Blinded: Those Who Kill (BBCiPLayer) which is good but well, definitely noirish and no need to give you a plot, it’s can we catch this serial killer?  Eventually yes we can.

That’s all for now, but as I said apologies for the delay in posting and the lack of fashion shots, but more of those next post 🙂