How are things now that lockdown seems to be ebbing away?  To be absolutely honest the announcements that we could begin the process of coming out of our isolation unsettled me a lot.  As you know I am not ‘shielding’ because no-one told me that I was that vulnerable, but gosh I feel vulnerable as the path back to my normal state of health is slow and a couple of weeks ago even went back a step or two. So I have no intention of going back to normality.  Not that anything is normal here in the UK, although unbelievably some schoolchildren go back to school on Monday 1 June and apparently we can meet up with 6 other people not in your family unit outside and/or in a garden and even have barbecue! But at the beginning of the week I felt really anxious and then I felt quite low, because at that point I’d decided to not see anyone in my family, I mean forget about seeing friends or normal things like shopping.

Yes, cases and deaths are reducing, but the virus has most definitely not gone away and we have the highest rate of excess deaths in the world bar Peru (talk about world-beating!) so I will be very, very super-cautious about socialising with anyone. But, readers, after assessing many aspects we decided to take a risk and on Wednesday for an hour I sat in my daughter’s garden (approximately 6-metres away from her not the regulation 2) and how lovely it was to do that; it was just bliss to see all of them including my grandson, none of whom I’d seen since December (because of my illness). You see, it was either now or not ever until there is a vaccine, as she goes back to work on 1 June.  So we did it and my depression lifted. But won’t it be great when we can do something normal like that without any anxiety.

The cases and deaths in the UK are indeed world-beatingly high and I use that phrase ironically as it’s one that our buffoon of a Prime Minister likes to use. What a shambles the UK approach to Covid has been and the reduction in the UK lockdown comes far too early in my view, coming, it seems to me, as a distraction from the disgraceful debacle of the PM’s adviser’s explanation of his visit to Durham.  Plus, would you believe it, a drive in his car to test his eyesight to a nearby (actually 60-mile roundtrip) castle with his child in the back seat.

Personally, I think this mendacious moral degenerate would rather protect his adviser than his people, and around the country condemnation comes from both the left of the political spectrum and the right. Dear readers, apologies for this being here on Frugalfashionshopper blog as I had meant to write about Covid in My Other Blog but I can’t keep up with the antics of these children in charge of our destiny. If they’re not moral wastrels like Johnson they are simply yes-men in suits talking amongst each other in a boys-own group-think of ‘what can we do’, oh yes, let’s have 100,000 tests here, and an under-resourced and under-trained track and trace scheme there, and let’s remind everyone we’re the world’s best when South Korea and Vietnam got there months ago. And ‘The Science’ as in ‘we’re following the science’?  Oh please. Science is about testing hypotheses and nothing is therefore a fixed ‘science’. Just an aside, do you know a few women (and, of course, men) who could manage this situation better? I certainly do. I mean there are many men who could do better than this lot but the absence of women making decisions about the Covid-19 situation says something to me. As for our leader, my view is that a certain type of public school educated man who has risen to the top on bluster, hubris, a cod Churchillian stance and a few Greek phrases really should go to the back of the class!

Anyway, here are a few random thoughts – which are a bit more upbeat than the previous paragraphs!

This is what I wore to see my daughter. 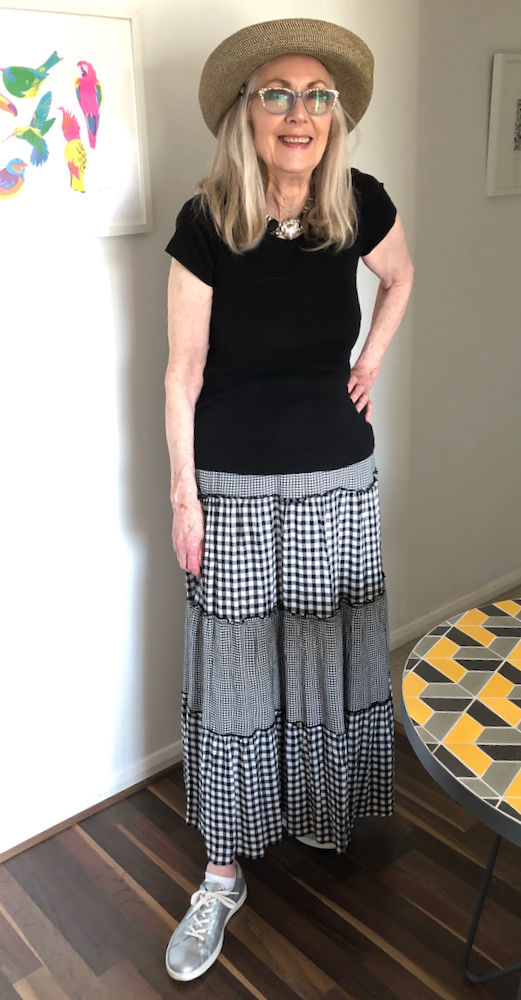 That’s a new M&S skirt worn with an old top and a sparkly necklace. Note to self, stand up straight and roll those shoulders back. Also should have worn one of my long sparklers over the black. 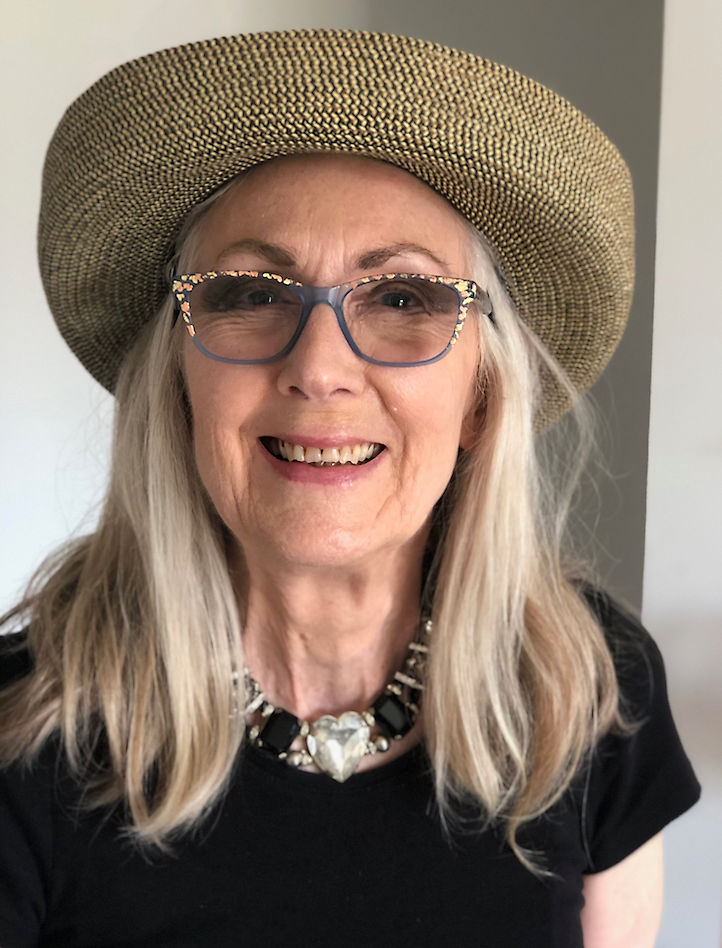 I promise to do that video, the one that will highlight how I manage the eye makeup whilst not being able to see a thing!

My daughter gave me lots of plants to take away, which will keep me occupied over the next few days. 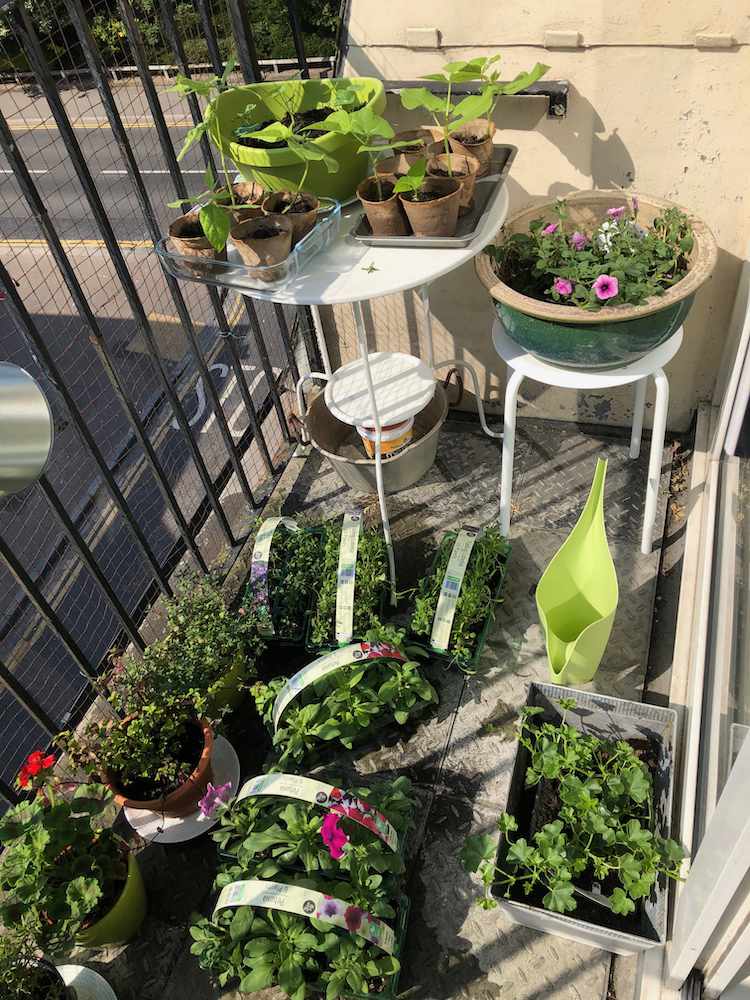 I say the planting will take several days as I shall take it easy – so far so good.  I was such an avid gardener and had the strength to heave huge bags of compost up and down my garden without resorting to using the wheelbarrow, but that’s not possible now, so just as well I have a smaller spot to work on. I’ll take a photo when I’ve finished.

Previous to my illness Pilates had really helped with my posture and core strength, plus don’t forget the weights I used to heft – I’d got to 5K weights and lifted them no probs.  Now I’ve just started using 1K weights with my daily warm-up exercises which I do for stretching tight muscles. And the Pilates gives us structure to our week as Mr F does a Zoom class Monday and Friday (Beginners and Intermediate) and I do a gentle Pilates on Thursday with a 1-2-1 on the Tuesday.  I have to forget my former prowess and concentrate on building core strength and muscle. I lost a lot of muscle strength, especially around my glutes consequently I think my clothes size is roughly now, a UK size 16 bust, 14 waist and 12 hips!

I ordered a bra from Bravissimo online. 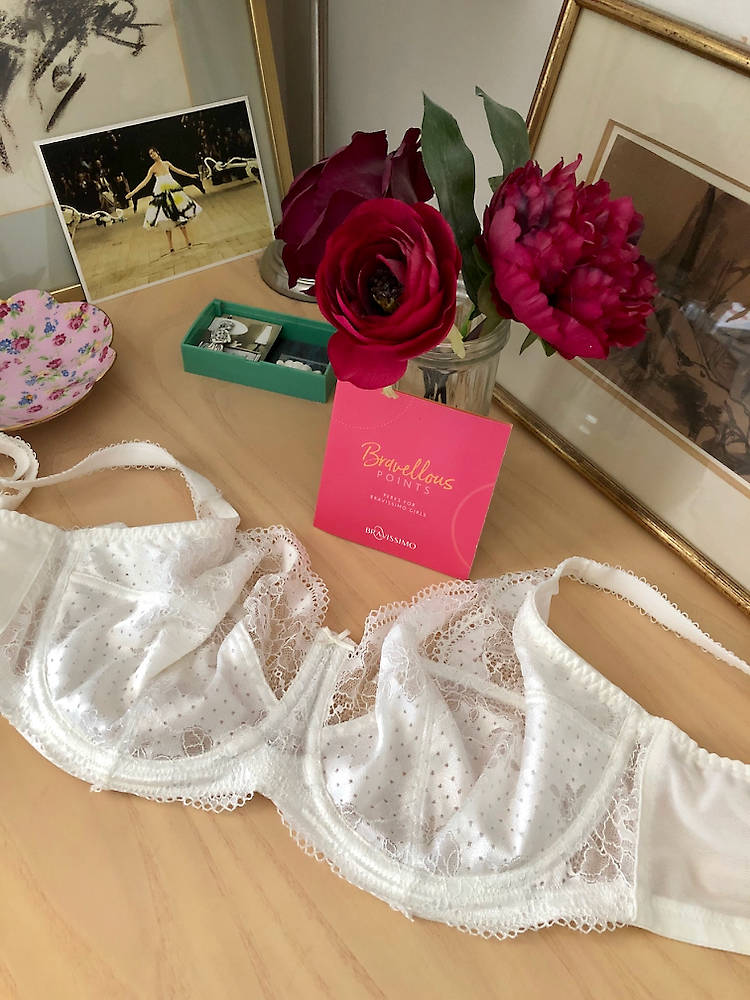 I’ve been baking. I expect you might be saying – er yes?  But I never baked cakes. Well, I made a Bara Brith and very nice it was too and so much better than bought cakes. If you’ve not heard of this cake – it’s a traditional Welsh cake made without fat (!) which has dried fruit soaked in tea as part of its recipe. Honestly it’s delicious and even better with a bit of butter spread over the slice – yum.

The beach and seeing the sea is a never ending source of joy for me. It’s more crowded now but this is a pic of Brighton beach mid-lockdown. 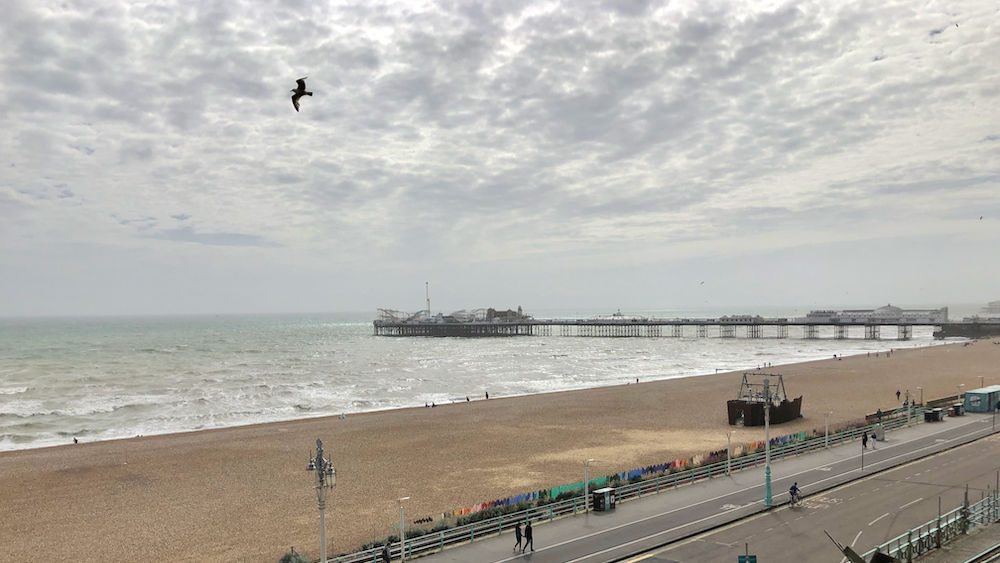 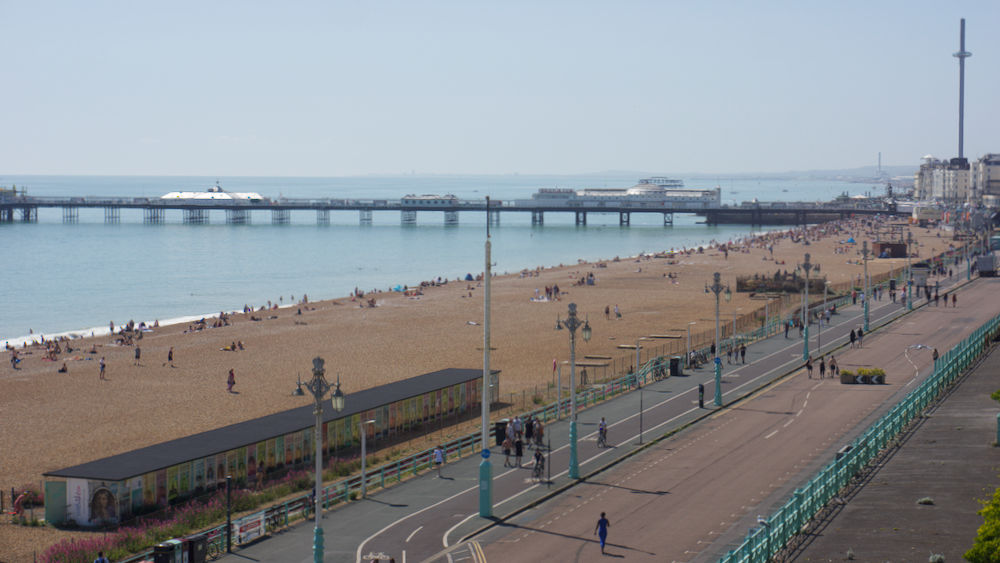 With love and stay safe