Here we are with another month done and dusted. I don’t know about you but I think this month has been one of the worst of this pandemic. We were all so pleased to move on from 2020 and most of us greeted the new year with delight, but what with the UK-wide lockdown (it’s so boring), the dreadful news of daily Covid cases (thankfully, these are reducing slightly), and the ghastly total of UK deaths reaching 100,000 (simply awful) plus the constant worry of whether any of our relatives will get the virus (the average age is down with younger people catching it), we are all so weary and I have had to tell myself not to beat myself up for not achieving the writing I think I should be doing, or not doing the exercises I usually do in-between my two classes. It’s enough to just get through the weeks of this dreary month. And I also tell myself, if you think you’re weary, at least you’re not a front-line worker or a medic – they are beyond tired.  After this is all over, I think all of the NHS staff should somehow be given a month’s holiday just to recover and recuperate from their extraordinary work-load. Not sure how, but really, somehow, it ought to happen.

But there have been positives in this month. For instance, the weather has been dismal at times, like a few days back when it was foggy the whole day or when the day starts with a cloudy grey sky and lots of rain and just stays like that, but then the next day the sun comes out and lifts the spirits, and elsewhere further north of Brighton there has been just enough snow to make winter look so pretty without being too disruptive. Daffodils are being sold to customers and I have some in a vase in my kitchen and growing on my balcony – it’s that yellow colour again! And yay and three cheers, as I was writing this post I got a text from the NHS and I’m now booked to have my vaccination this coming Wednesday! Phew and wow and so relieved. The vaccination programme is really motoring.

However, sadly there is an issue with supply and there is a big punch-up between the EU and the UK (partially resolved now) over the Oxford Astrazeneca vaccine. The one thing this government has done well is how early we secured contracts with various providers of vaccines, indeed contracts were signed for millions of doses before they were deemed effective, which was quite a risk as there are already some vaccines in development which have had to be discarded because they just don’t work. The EU was slower to contract with Astrazeneca and was saying that some of the UK vaccines being made in Belgium should go to EU countries. Btw, please don’t believe some of the media which is saying that we have done so much better than the EU because we were outside the EU. Not so, we were still under EU rules and regs at the time contracts were made and every country in the EU could make independent choices to take vaccines from wherever, which we did. Whatever the outcome of this row I hope both the EU and the UK and other wealthy countries (I’m talking about the US here) think deeply about this issue rather than playing a game of ‘it’s mine’, oh no it isn’t, oh yes it is’ and ‘our country first’ as the whole world needs to be vaccinated before we get out of this pandemic. Vaccinating just your own population won’t work as variants will cross borders and we will be back to square one. More about this and other Covid matters on My Other Blog shortly.

Well there it is, that’s the month, but before I get on to the things I’ve been watching and reading, here are a few pix we took of the exhibition on African fashion. I couldn’t find these photos at the time of writing last week’s post as I now realise it was not a couple of years ago but in 2016! Anyway, we found them and from these you can just imagine how fab the exhibition at the V&A will be next year. 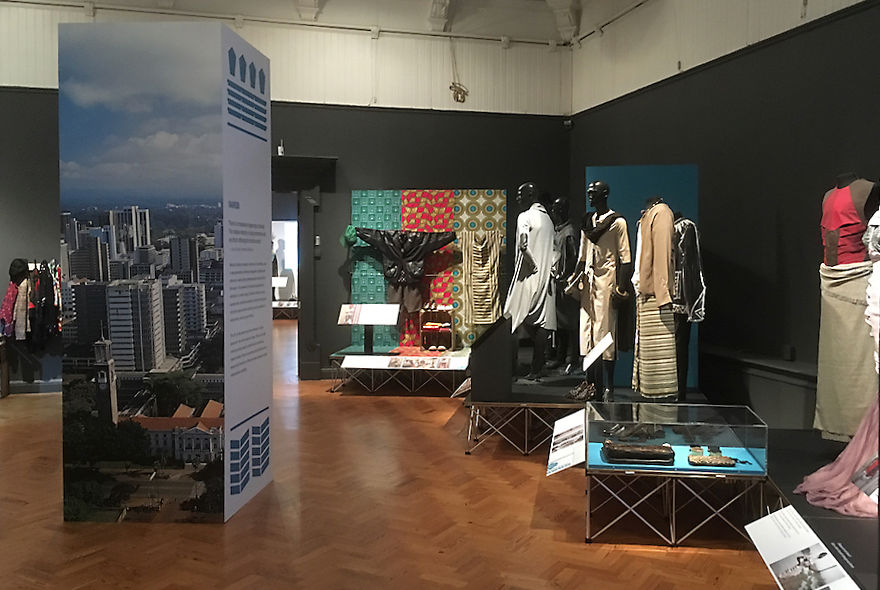 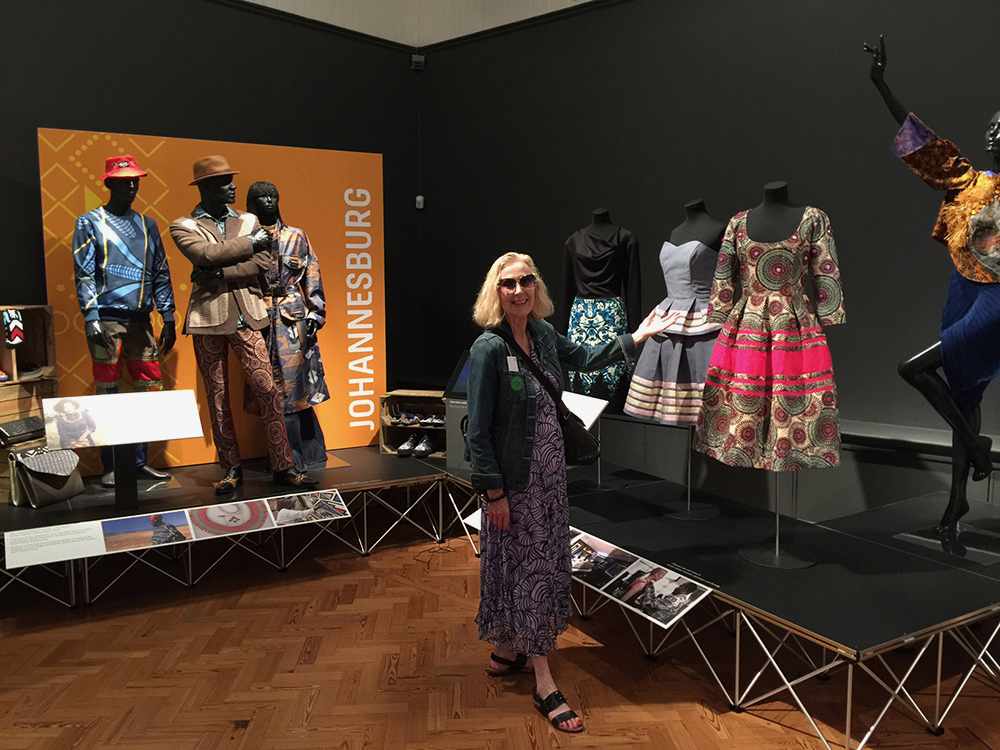 We were invited to try on various bits of clothing I guess to help those who were not enthusiastic wearers of second-hand clothes to think again! 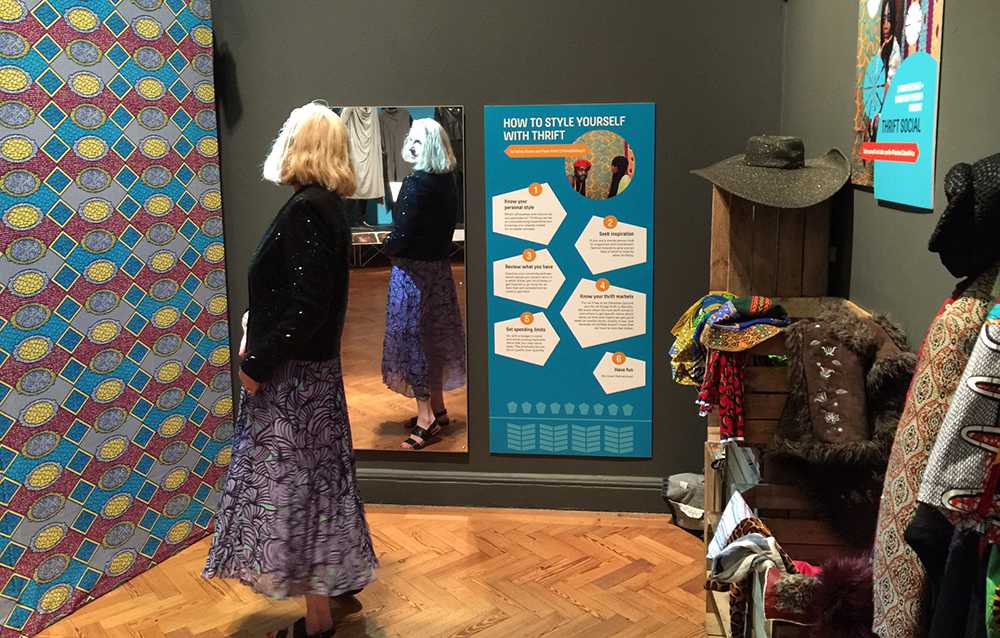 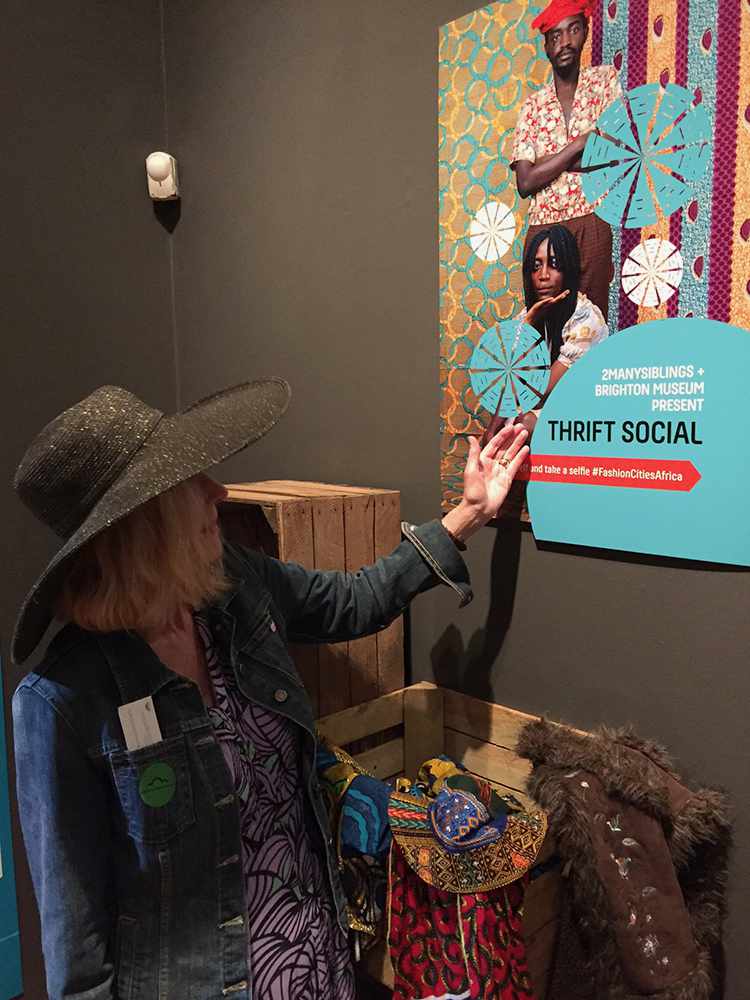 I really fancy that pink dress! 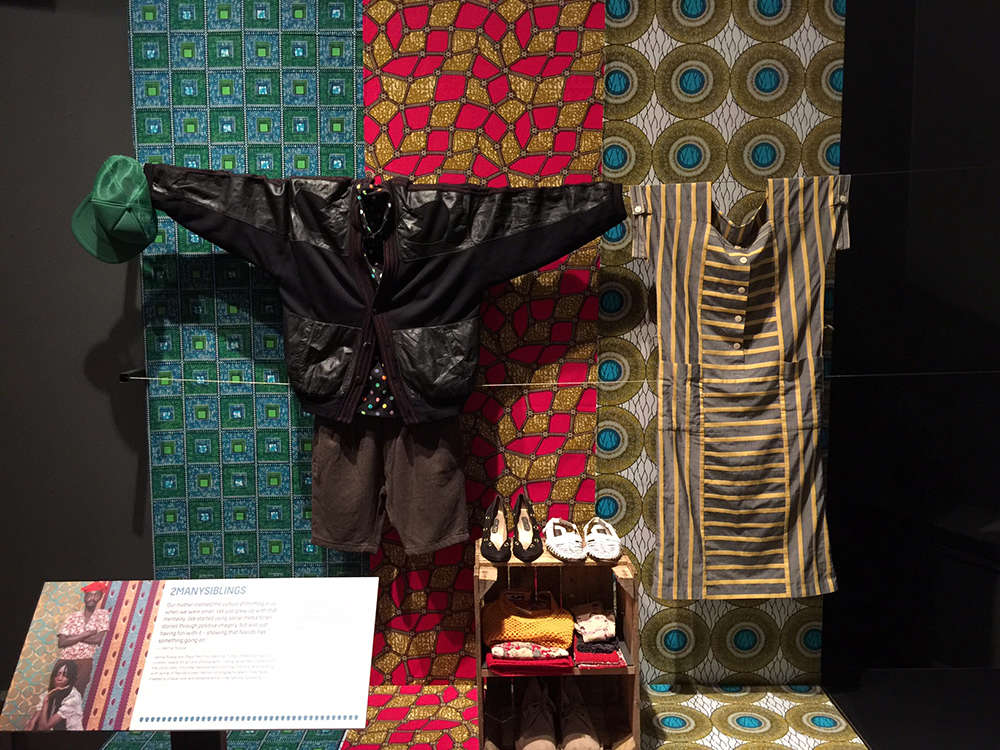 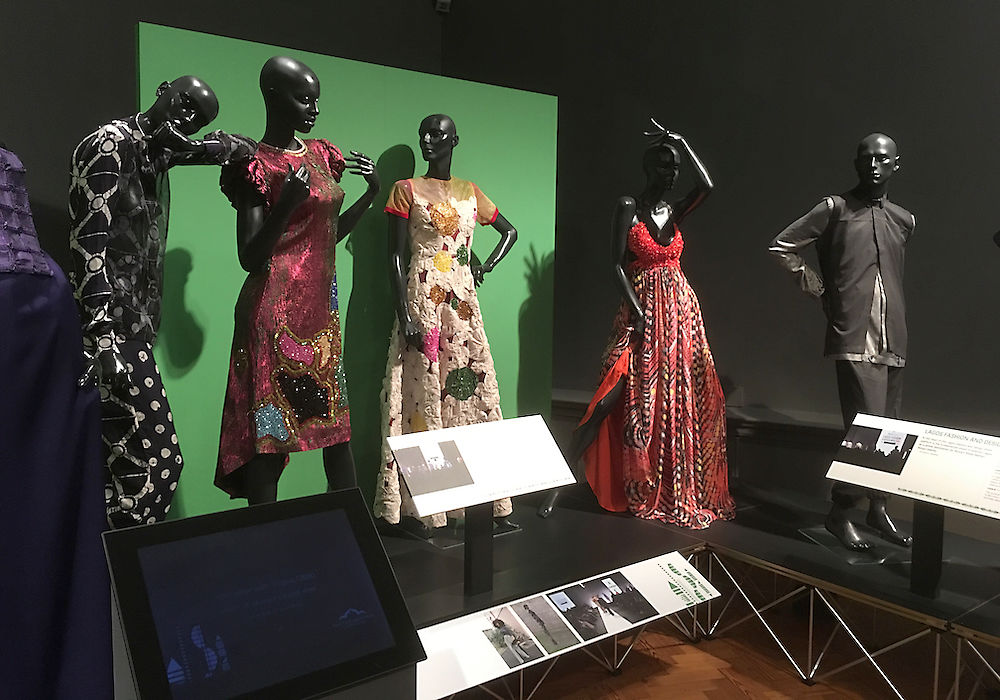 I don’t need much encouragement to wear colourful clothes and I think if you go to the V&A exhibition next year you won’t either!

What we’ve been watching through January

We watched four films this month and there’s not a lot I can say about any of them, they were all just about OK.  Perhaps the best film was Prometheus, which is an origin film/prequel to the Alien series, and having said that you probably realise it won’t suit everyone’s taste. It was OK though. But we need to come out of the pandemic to get more films made and into actual cinemas.

However, television programmes continue to be well worth watching. First of all, who has watched all of the French police drama Spiral (BBC iPlayer)?  Oh my word, last night we watched the two last episodes of the very last series (there were 8) and I am utterly bereft at the thought of no more Spiral.  It is brilliantly acted but the development over time of the main characters was outstanding and the various stories gripping, although I admit it was a bit violent at times, but it’s all so very French. Moreover the title Spiral doesn’t truly reflect it’s original French title Engrenages, which is more on the lines of ‘gears’ or ‘interwoven mesh’ which is for more appropriate as we also got to know the lawyers and the judges involved with the police and you acquired a unique insight into the French legal system, which is very different and includes judges taking a significant part in investigations – it’s totally fascinating and, as I said, I feel bereft! All eight series are available on BBC iPlayer and I do urge you to watch this if you haven’t done so already.

We’re also watching The Great (All4) which is a very funny light-hearted romp through some dubious (in that it’s in no way accurate) Russian history.  With many well-known British actors in the cast it is headed up by the American actress Ellie Fanning and Nicholas Hoult (last seen in The Favourite) in the two starring roles and is a quality watch.

We’ve started watching the second series of Snowpiercer (Netflix) which is completely bonkers, I mean don’t bother if you don’t like American weird. And talking about even weirder American Gods (Netflix) has begun its third series. I’m not sure whether I will watch it.

One programme I really liked and, tbh, didn’t expect to, is The Discovery of Witches (Now tv). There are two series and we’ve watched the first and are giving it a rest before we start the second.  It’s a grown-ups Harry Potter type of watch with witches and vampires and a complex alternative world to ours set in present day Oxford university, France and Venice. Rather like The Great there is one American actress, Teresa Palmer, heading up the cast of predominantly British actors. Her romantic lead, and also a vampire (!) is Matthew Goode. It’s a very good watch with an intricate plot and I really enjoyed it. Note I said, present day Oxford university as the second series finds itself in Elizabethan England – you’ll just have to watch to find out how that happens!

We continue to watch Schitts Creek (Netflix) and Gavin & Stacey (BBC iPlayer) for laughs. We’ve also begun watching It’s A Sin (All4). This is the tale of 5 friends at the start of the AIDS pandemic – very pertinent. And as it’s written by Russell T Davies you’ll realise that the writing is excellent.  One critic called it a poignant masterpiece – I’d agree with that.

We often watch a documentary – usually from BBC iPlayer. I’m looking forward to the Netflix documentary on Martin Luther King – will let you know what I think of it next month. Anything fronted by Lucy Worsley is always brilliant and there was a very good doc on the 1918 flu pandemic – oh my word, so relevant.

That should read book as I was so taken with The Discovery of Witches I bought the book!  It’s actually a trilogy, the All Souls Trilogy, and it’s by Deborah Harkness, an American academic who actually studied at Oxford university. It’s quite a doorstep of a book and rather reminds me of the Harry Potter books – could have been cut a bit.  But I read it to the end and recommend it with the proviso that while it’s a really great story, it is not great writing, but it’s OK and would definitely be a page-turner/airport/long-haul kind of book.

That’s all for now, but do let me know how you got on during this winter month.