Up to London again, this time to the Mole Clinic for my annual skin check.  Link here for details.  I like the thoroughness of the examination and the time given to looking at every part of your body except your scalp. And a big hooray as nothing found, which is unusual. I’ve had several Bowens and one Basal Cell found and zapped well before they get dangerous. I never ever sun bathe now, but, as some of you know, that wasn’t the case when I was young.  All I wanted to do was put on blue eye shadow, wear a bikini and go a dark brown colour, so me and my friends used to dowse ourselves in that wonderful Ambre Solaire oil and lie out in the sun whenever we could, which was a bit daft considering I inherited my mother’s Scottish skin, which is so white it’s almost blue! Every year, I went bright red first, and then actually got fairly brown. Now, I live with the consequences of my youthful folly as I have many sun damaged skin things that you develop as you age.  But I am vigilant, as I hope all of you are who have pale skin that burns in the sun.

Here’s a pic of me getting ready. The hat is from Mad Hatters, Brighton and I have one charity shop item, the necklace at £1.

And was it hot in London?  Yes, it was, but thankfully there was also a cool breeze – phew – but it was still unusually warm for the UK so no tights just bare legs, which is rare thing for me to do, but it was too hot to care about my purple veined legs! 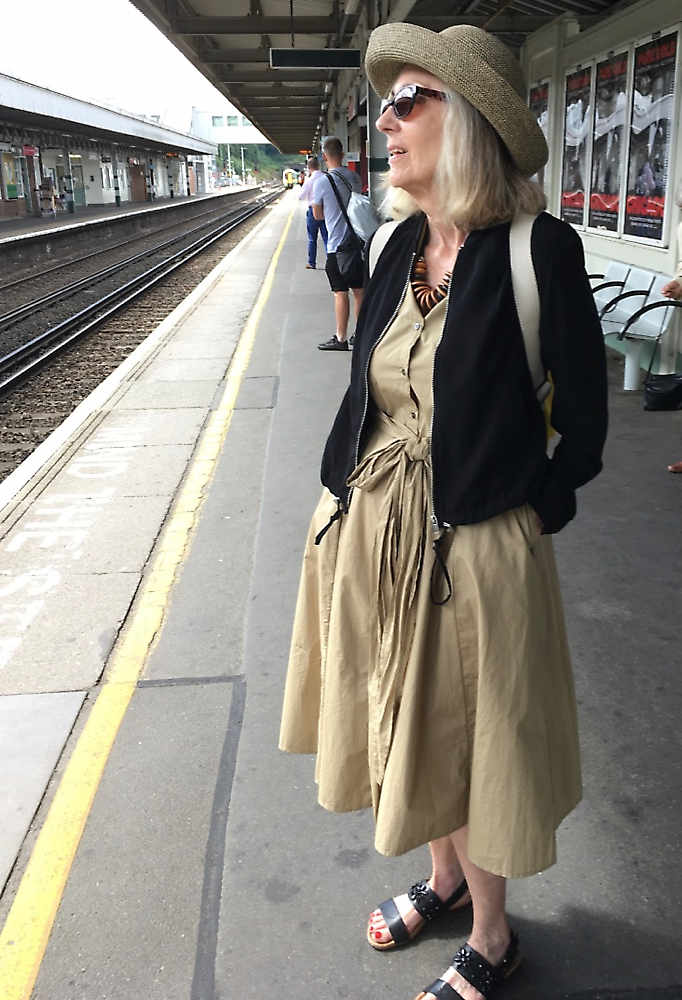 Here’s the dress worn with a jacket, which I needed because it was just a bit cool on the platform. This light viscose H&M jacket cost all of £8 and was small enough to stuff in my bag when I got up to London.

Another shot shows you that the dress flares out slightly as it catches the breeze, which was just great as I walked along the hot streets of London. 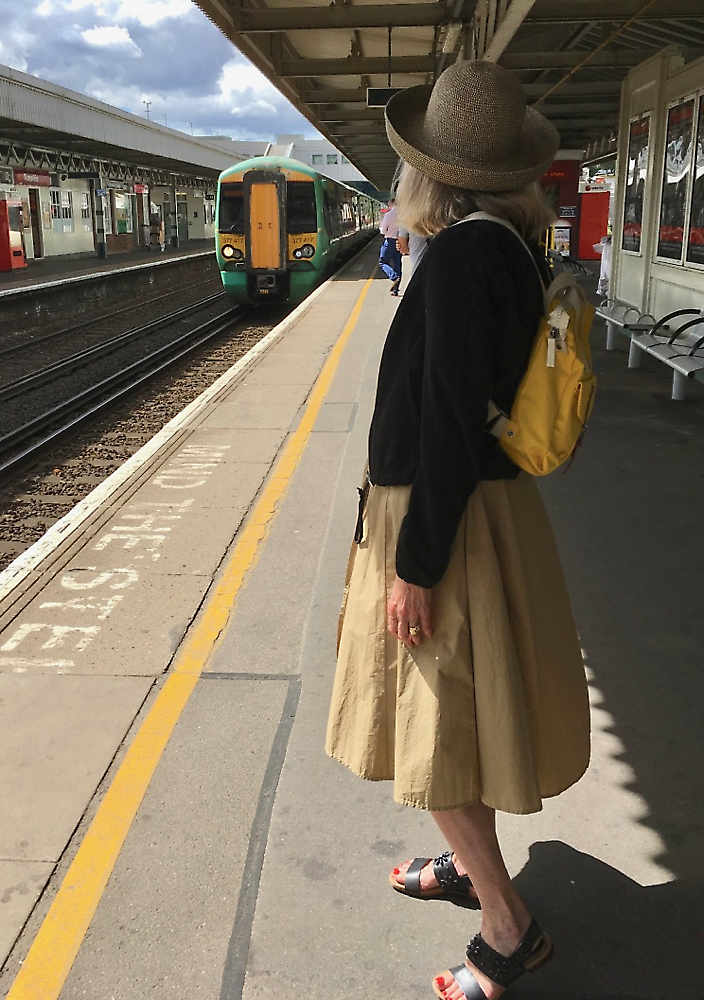 Note my Roka bag bought new (gulp) from Wickle in Lewes where you can also get a nice cup of tea. Please note I have given myself a good talking to and I am going to be frugal from now on. 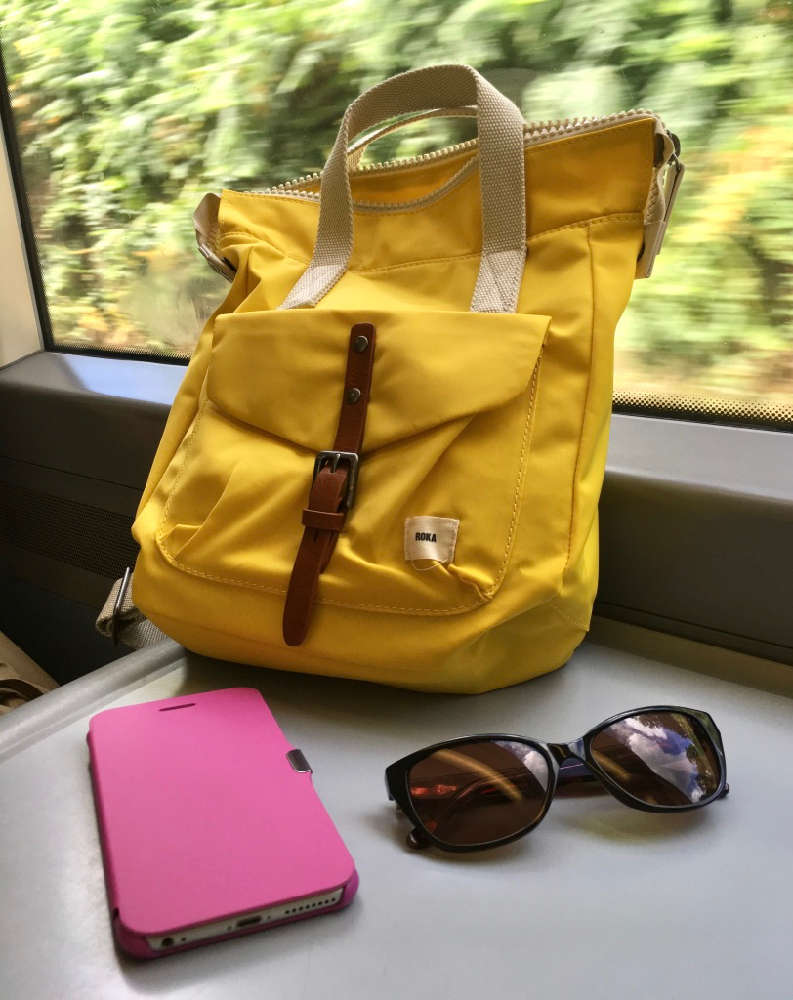 Love the colour and the contrast with my phone!

Here’s a pic of me in the John Lewis coffee shop still with my hat on.  Out and about I saw absolutely no one else wearing a hat – well there you go – perhaps I’ll start a trend! Or more likely not! 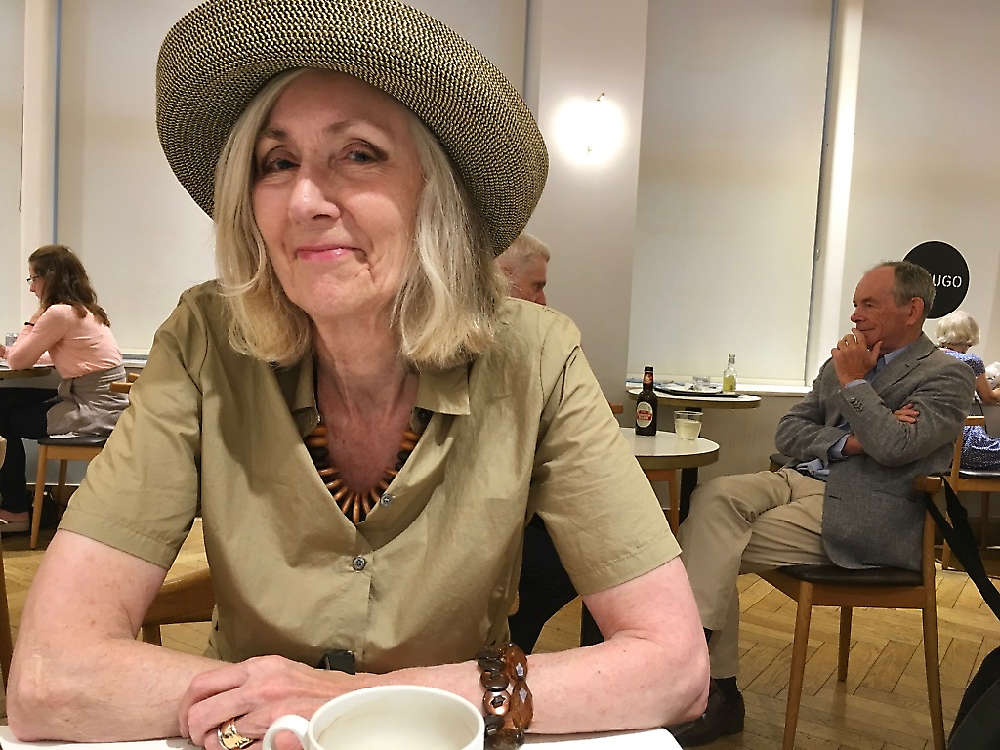 There’s a Guardian journalist seated at the table behind me – do you know who he is?

As per usual we popped in to an art gallery in the afternoon (Tate Britain) but, tbh, I think I enjoyed the cake more than the art.  And I’ll just show you one pic I took from the bus. Can you see, what I saw? 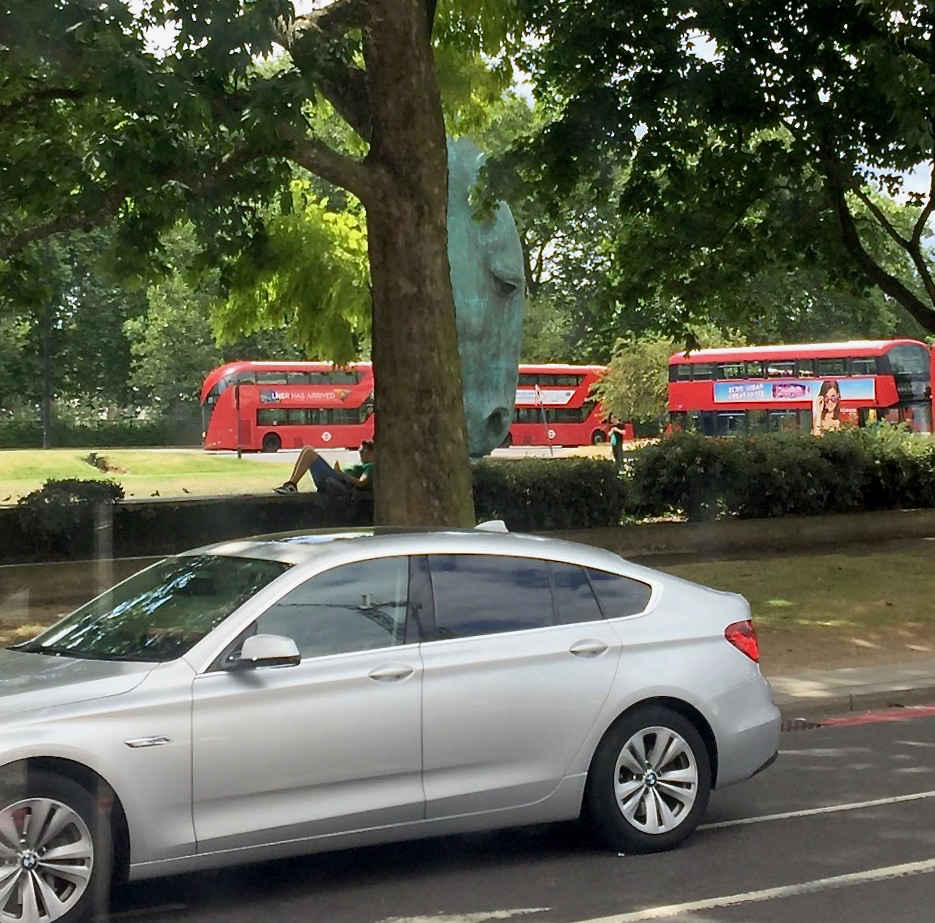 Only at the last moment did I take a photo, as most of the time I just sat on the bus with my mouth open in wonder at this absolutely enormous metal horses head – it was quite a jaw-dropping experience.

With love Penny, the frugalfashionshopper

20 thoughts on “Is this the best of the three dresses?”