A big thank you to your response to my last post. Suffice to say the majority of you were in favour of this blog being able to say how it is – thanks again. Todays post is more about books and films that we are watching plus, of course, some outfits that I wear for the daily walk.

It was my birthday on Tuesday. I had a nice day with lots of books to read as presents and a meet-up in our carpark with our son and his partner who was off to have her 20-week scan at the nearby hospital. So lovely to know that all was well and that it might (not 100% sure) be a boy.  I shall be knitting!

But the day was odd, in that you’re meant to enjoy a birthday, but I felt there was definitely a missing element of not having members of the family to hug, and not going out for a slap up meal or some kind of family gathering.  It rather felt as though fun and pleasure was around the corner just a bit of out sight. Next year I aim to have a very raucous and riotous party with lots of noise, hugs, cake and wine plus a lot of dancing as well.

The books I got as presents included: Ann Pratchett’s The Dutch House; Delia Owens Where the Crawdads Sing; and Walter Kempowski’s Homeland. I’ve not read anything by the first two authors, but I had read Kempowski’s All for Nothing, which is set in East Prussia in the year 1945. It is one of the best novels I’ve ever read but it’s not a light read, as it is about war and its consequences. Makes you understand Germany’s response to the refugee crisis of a couple years ago as so many Germans were refugees themselves. So I’m looking forward to reading Homeland.  And then there’s Stalingrad, not the non-fiction one on Stalingrad by Antony Beevor, but the one published last year written by Vasily Grossman. I’d read his Life and Fate, which is the best book I’ve ever read. Stalingrad is the prequel to Life and Fate with some of the characters from Life and Fate reappearing and it has been compared to War and Peace. It is a veritable door step of a book at 926 pages and literally a hugely heavy book to lift, but I’ve started reading it and it is not heavy going. It really is an easy read. I rather suspect there is a whole universe within it and I shall mourn the day I finish reading it.

Talking about mourning an ending I was sorry to finish watching two television series: Killing Eve (will there be another season, oh please, it’s so bonkers and Villanelle’s clothes – they are to die for) and State of Happiness (just delightful). We have started to watch Twin (BBC iPlayer) and are continuing with The Morning Show (Apple tv).

And continuing the theme of war we finally got to watch Sam Mendes’ 1917, which was good but not quite as good as I thought it might be, there was rather too much hype around it, I think. Nevertheless, to find out a little more about Sam Mendes we found a documentary on him (on BBC iPlayer) and his take on films, one of which was The Godfather Part II. We saw the clip of it and decided that we’d like to revisit The Godfather trilogy. Watched The Godfather (Amazon Prime) last night and considering it was made in 1972 its production values have stood the test of time. I thought it was excellent, however, having seen the entire series of The Sopranos I can’t help think how The Sopranos is the better depiction of the Mafia, and of course, their family life. In my view, nothing will beat that television series for the development of its characters and its storyline. The Godfather trilogy meanwhile has a mean and slightly nasty feel around the marriage of the main characters, possibly more realistic, but there again how would I know!!! Despite saying all that I shall watch the next one in the trilogy.

Two days ago the temperature was 25C(77F) and climbing, that’s hot for the UK. So I wore another of my M&S buys a viscose pink skirt, which was cool to wear, topped by an old tee and a red sunhat. 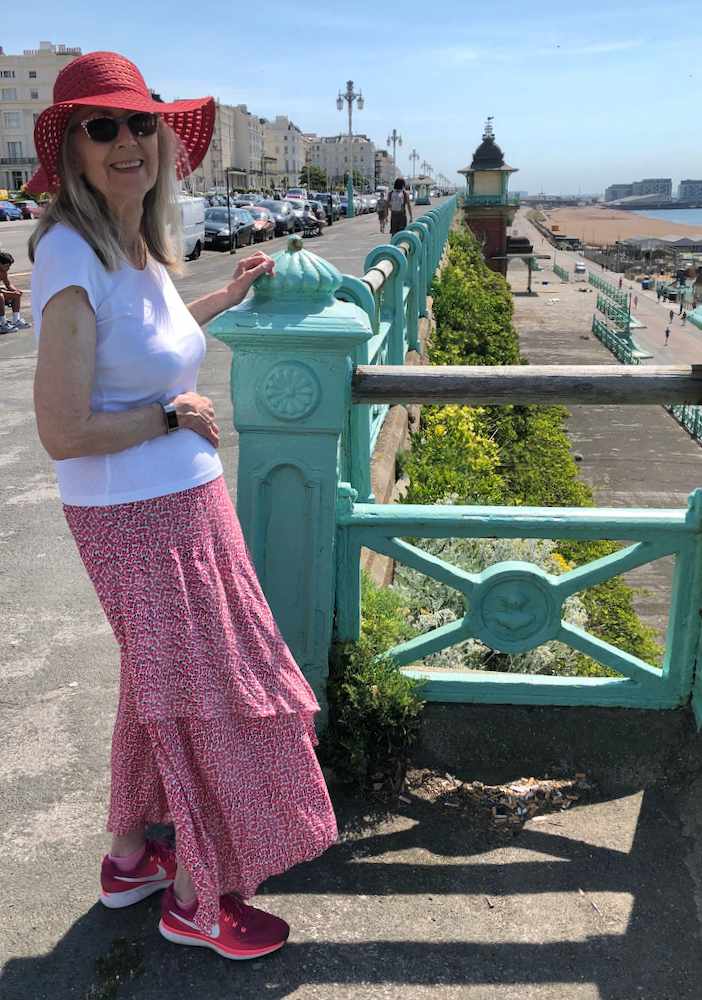 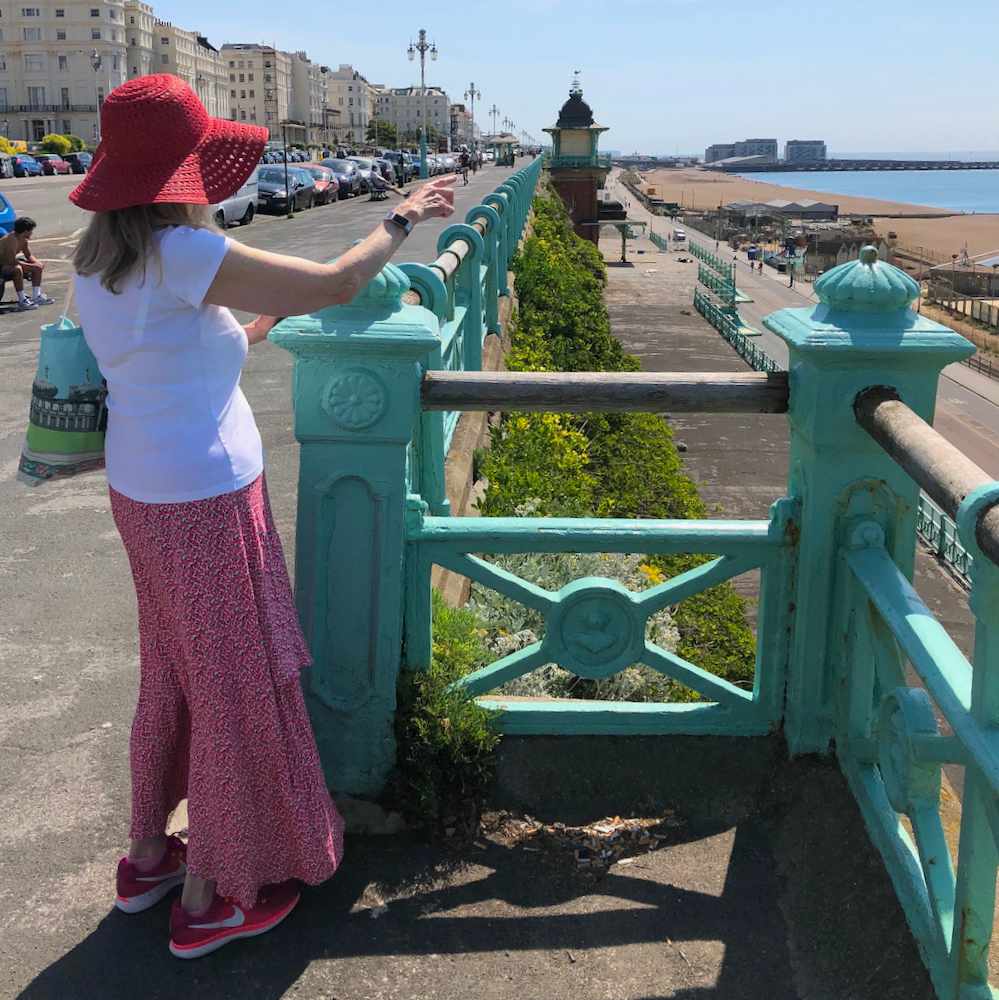 Here’s close up of the hat. 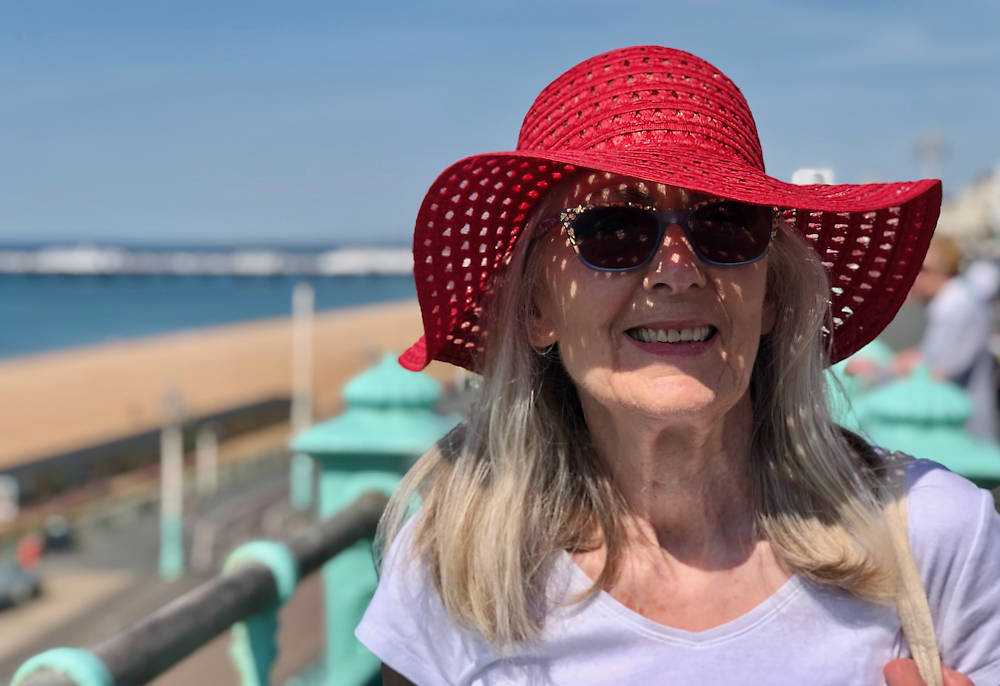 Yesterday, though, was an odd sort of day weatherise as it was grey and cloudy, but both hot and then again cool in a strong breeze coming from the east.  Over the next few days the weather will be getting cooler with some rain, even down south on the coast. It will be a welcome relief as the heat was quite humid. 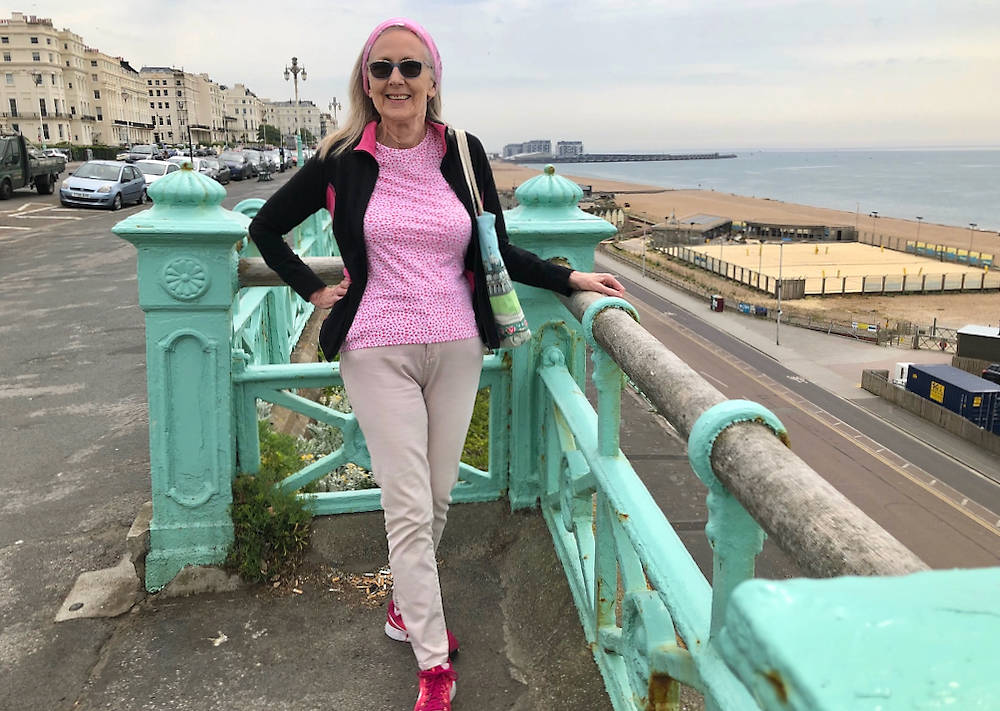 I was wearing the wrong trousers, they became too hot. They are an old Peacock’s pair in a pale pink and more suited to cool Spring weather. The tee is another one from M&S at £6, but it was part of a ‘get 3 for the price of 2’ so it was quite a bargain. 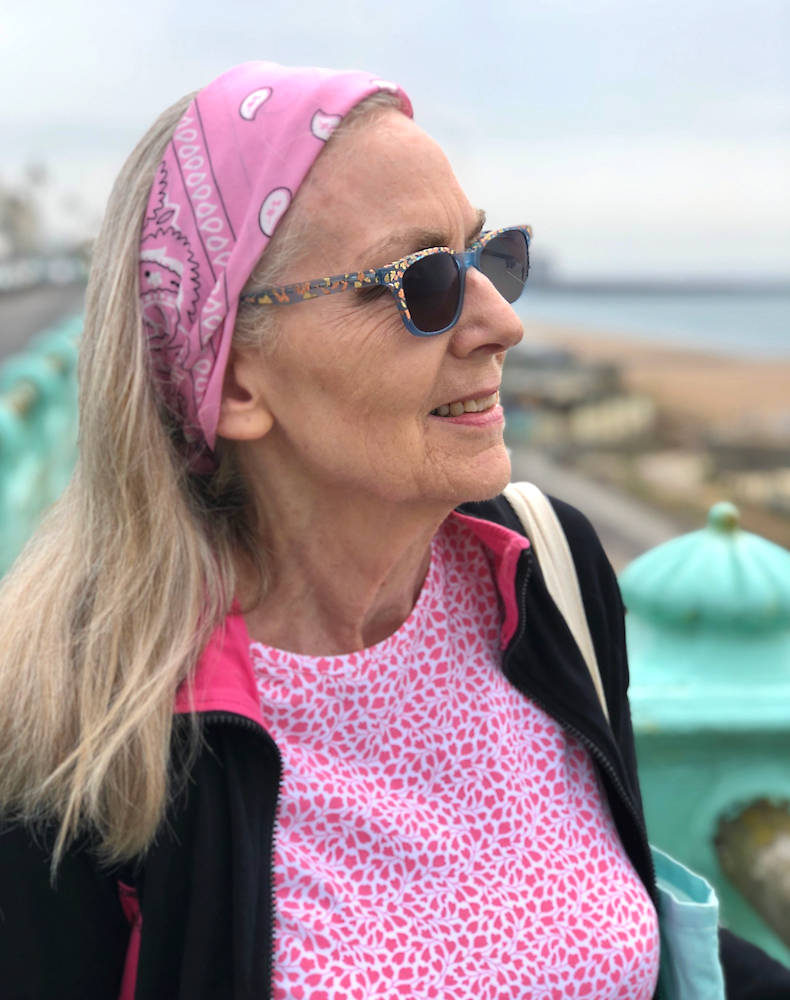 On that hot day the beach was crowded and people were swimming and I yearned to swim in the sea.  I will, eventually, by mid-summer I think.  But look how yesterday’s grey skies scared off the crowds. 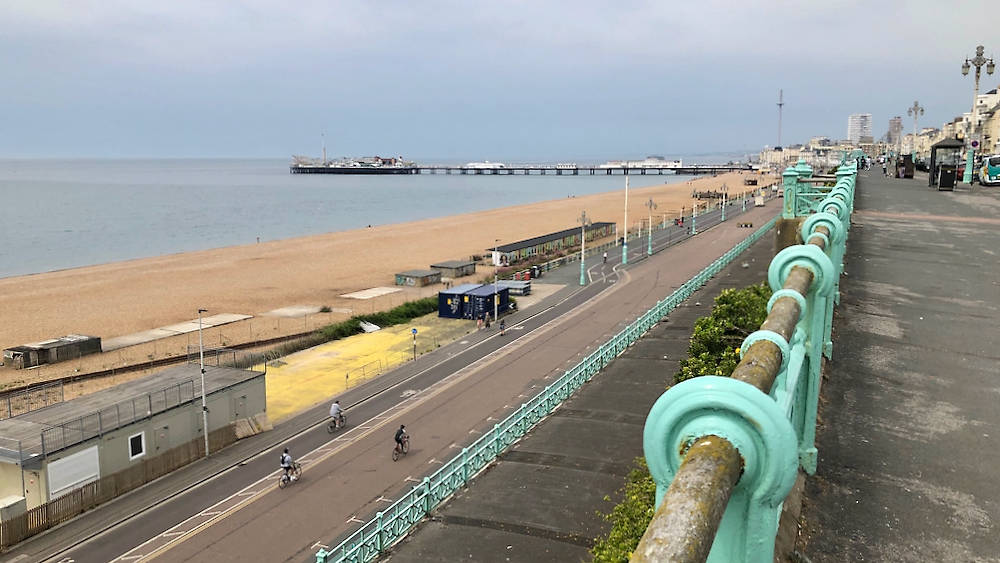 That’s all for now and thank you once again for reading the blog – you are all very much appreciated.