I’ve been away for 4 days taking a short break. It was great.  We had glorious weather and for two of those days we stayed in Cedar Falls Health Farm in Somerset. 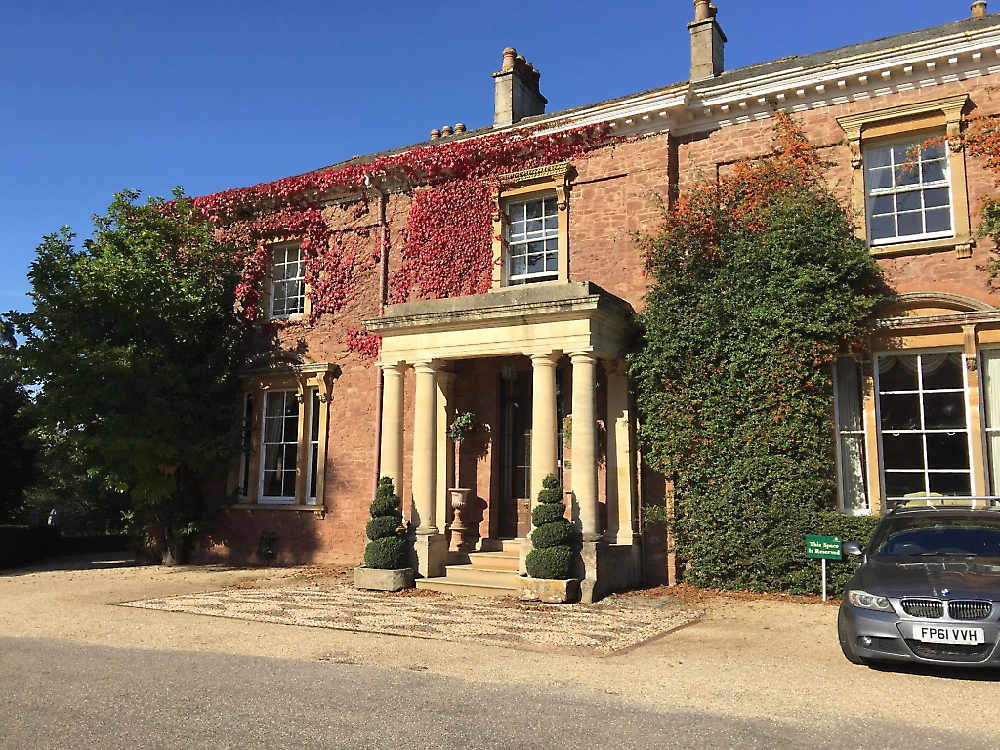 I’ve been going to Cedar Falls for years having spotted it whilst driving past one time, and thinking ‘oooh, I wonder!’  As this stay was the 7th time we’ve been there I think you get that it’s got a special place in my heart, mind you I only come when there’s a deal (which they do have) as this not somewhere a pensioner with my feeble pension can go to on the full price.

Nevertheless, in comparison to some health farms Cedar Falls is very reasonable (up to a point because I think before I book and gulp when I get the bill). But also it’s so not a corporate place, instead it has an old world charm and an ever so slightly shabby chic feel that is actually very comfortable. See below. 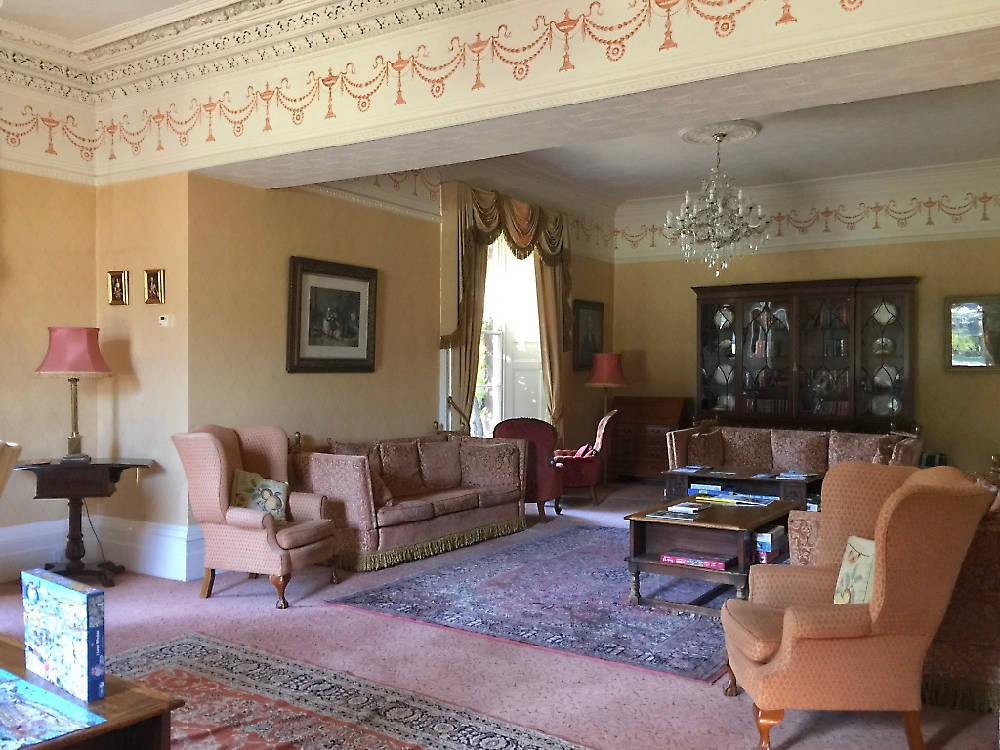 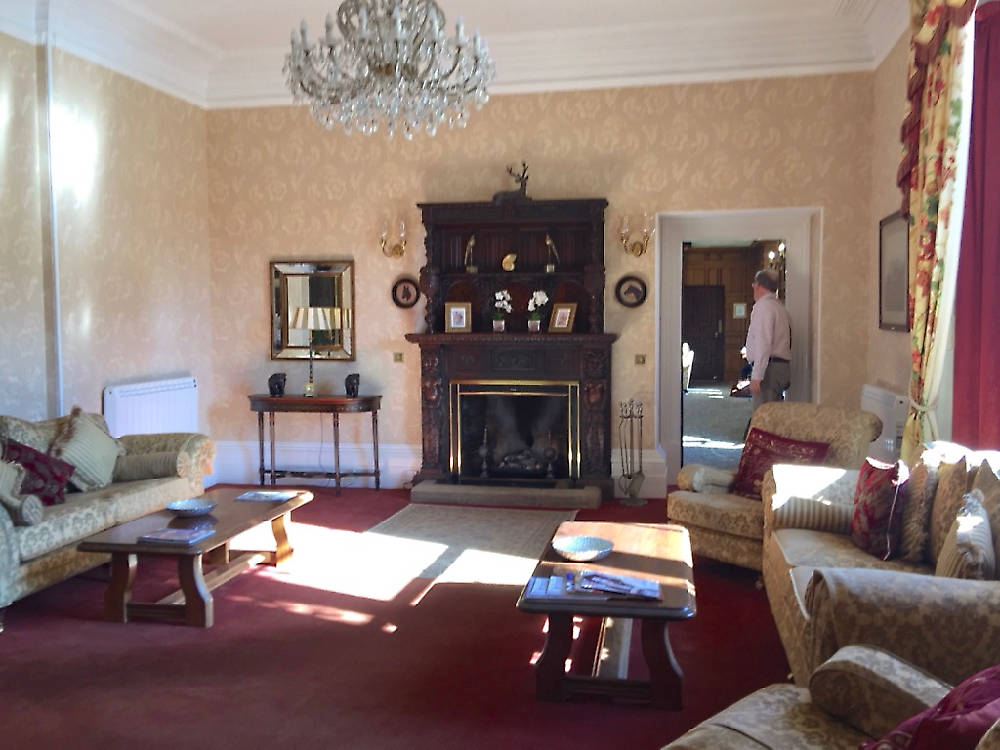 I swear some of these chairs and settees are the same ones that were there when I started coming to it years ago – please don’t ever change them! 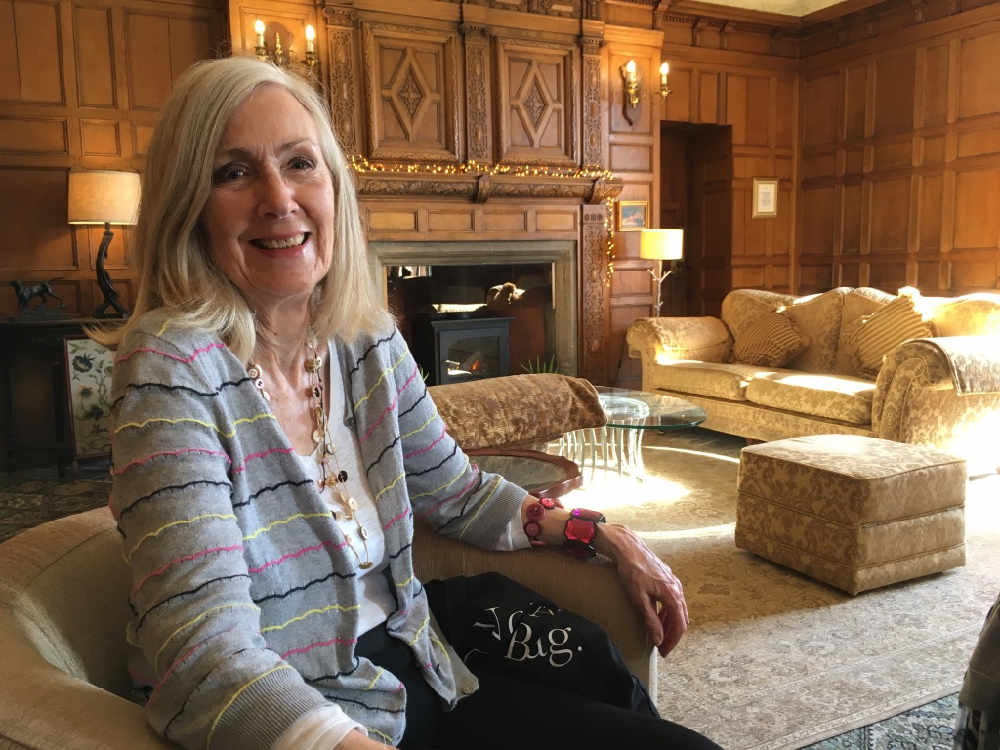 Most of the guests (who are 98% women) go around in a white dressing-gown. But not me. I don’t like that look at all, so I wear black leggings with a white t-shirt (both from Peacocks) and a thin cardi (which I’ve had for years and was bought for next to nothing in the supermarket store Asda) plus some jewellery and my LookFabulousForever black bag. Actually, I think that’s quite conventional gear and I might have a look at the Urban Outfitters’ sale rack again as there was an ace tracksuit bottom in neon green (they were something like the ones in the link but reduced to £25) that I quite fancied – might just go for them!

The food, btw, is amazing and of the highest quality, and not too much, but neither is it too little. In fact, I saw some people going to the lunch-time buffet more than twice!

For the next two days we were in Bournemouth, which is a place I went to many times as a child (in the 50s) as we had two ancient relatives to visit: one was great-aunt Violet who lived as a permanent resident in a hotel all her life! And then there was great-uncle Hugh and great-aunt Queenie who had a maid called Violet (who was very like Mrs Overall although perhaps more like the older version that Julie Walters played in the ‘two soups’ sketch penned by Victoria Woods – which I can’t find ). They lived in one of those large gothic houses so typical of Bournemouth’s past that disappeared years ago and probably has in its grounds the ubiquitous blocks of flats that are peppered all over Bournemouth.  Actually, not a place that I want to return to again, I think, although if you’re interested there are some amazing beaches to lie on when the weather is warm. There are some good cliff walks. 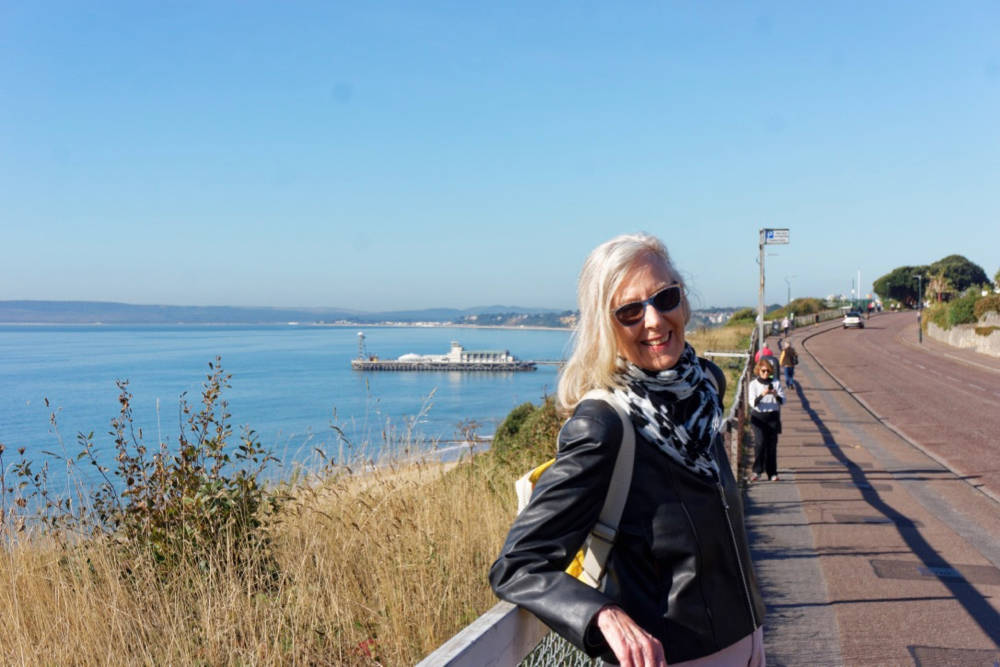 And it was really sunny for the time of year. 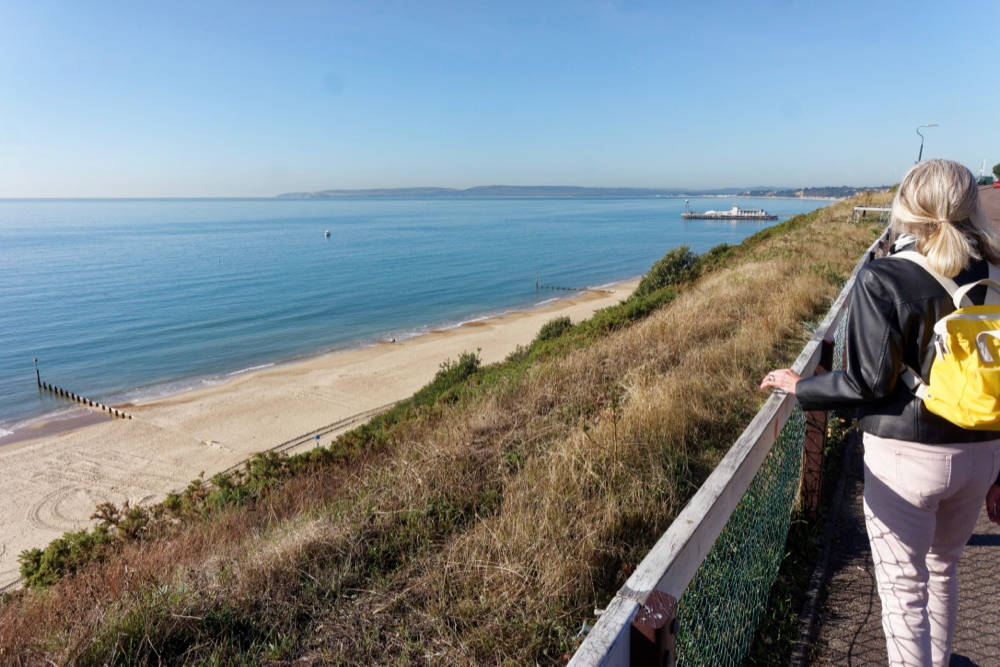 The pic below was taken in Poole, which had some great charity shops, and you’ll see the two items I bought there very soon! 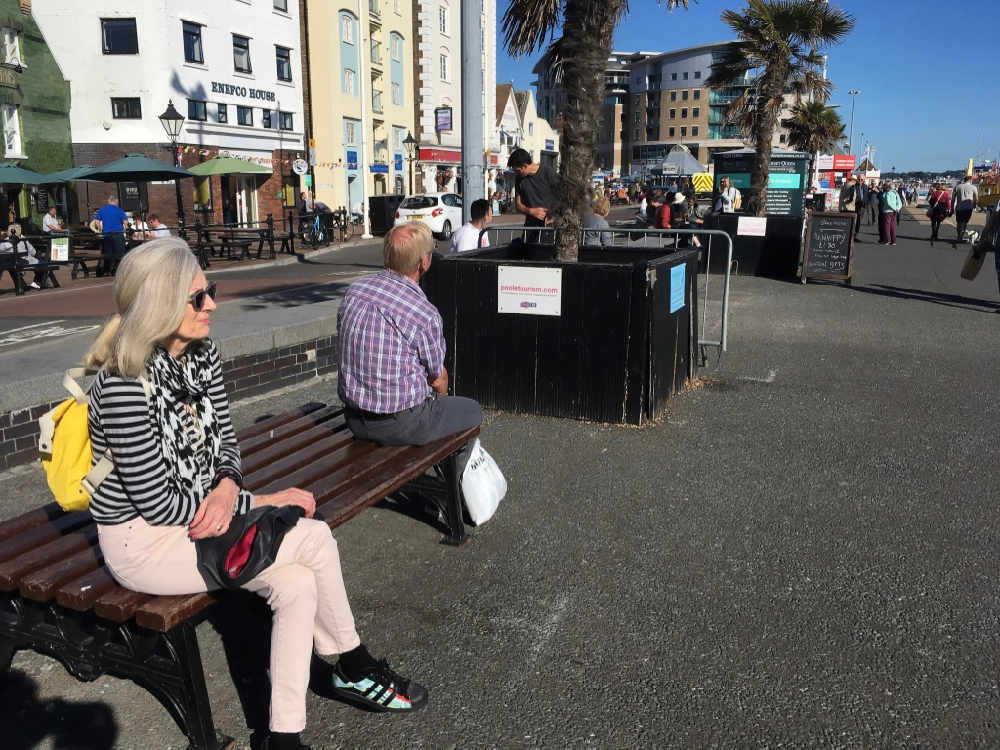 It got really hot (for the UK) that day, so off came the jacket and there’s my charity shop striped top bought in Aldeburgh, Suffolk. This was bargain at £3, but can I tell you that in that area (up-market Suffolk) that type of striped top was the only kind of top worn and for sale in the shops. Yes, shops like Joules and Seasalt Cornwall seemed to have a ‘look’ that was so samey. And I could see that a striped top was the ‘uniform’ for that area. But this top seems to go well with the shoes, I think.

Now, I have come to a decision.  Going away for a 4-day break was great but not relaxing, as in neither of us like driving all that much. Anyone who lives over the pond, you’ll just laugh, because distances for people in the UK are so different to yours and, indeed, Europe. I mean, I remember when I lived in Switzerland driving for over 2 hours just to see a film! But, now, I’m not keen to be driving for 3 hours to get somewhere. And our roads are not particularly relaxing places to be, so, instead, the cities on my bucket list of city breaks are going to be reached by train, which when they work are good to use. The list is for starters: Edinburgh during the festival, yes; Bath, yes; Bristol also; and I think, Liverpool; and maybe even Dundee, which has just had an amazing V&A museum built on its waterfront. Honestly, we used to drive everywhere but in future all those cities are going to be reached by train.

But what do you think, is it our age?  Perhaps it is, but if the train can take the strain, why not!

P.S. Future posts will be about hair and hair products, and also coats for the colder weather 🙂

35 thoughts on “How do you relax on a short break?”