I haven’t had a rant against Vogue for some time. In fact, I cancelled my subscription as I thought what is the point of reading articles that are way beyond parody, and looking at clothes you’d need to take out a loan for. It’s a ridiculous magazine.

But I’ve just checked out US Vogue online for the series where they ask celebs a variety of questions – up to 73 (nope, no idea why). I see that these questions are different with every celebrity, but it seems to have hit a nerve amongst US fashion bloggers as they’re tagging each other to answer 73 questions.   My favourite blogger, Catherine of Atypical 60 fame did just that and then challenged her blogosphere friends to do the same. So here goes!!!

Actually I only managed 25 questions (and why would I inflict more of this on you anyway!)

It has to be the Japanese film ‘Departures’. Such an amazingly beautiful film about death – yes really! But perhaps the most life-affirming film I’ve watched ever.

Good grief, that’s so difficult. I watch a lot of films, and I mean a lot – at least two to three a week. This is all for the sake of the Film Society I help run as we learnt the hard way that you have to see the films before you let them loose on the audience, mainly because you cannot rely on the trailer – so many films are just such crap.   And what’s more I write every single film down in a little black book (seriously I do) and give it a rating (one to 5 stars). Looking through my book not many get a 5* rating, and actually I watch a lot of quite dubious films, as for me there’s nothing better than a dumb action film when you’re feeling tired. And gosh I’ve watched a few of those!

So I’m going to say that the funniest and probably my most favourite film in the last 5 years has to be ‘The Hundred-Year-Old Man Who Climbed Out of the Window And Disappeared’. It’s Swedish, and you’ll laugh and laugh.

War & Peace.   And this is because the BBC has just shown a 6-part version of this book (but see 6 below).

I don’t watch TV in the conventional sense, as in, turn it on and view what is currently showing at that moment. That’s done and dusted in our household as we record things we might want to watch. And nowadays we don’t record much of anything from the conventional channels apart from the occasional things like War & Peace or the Nordic Noir crime series that keep appearing on a Saturday night on BBC4. Actually, one of my favourite Saturday series was Borgen, which was not about crime but a political drama that ran over 3 series, and very good it was too.

Mostly, we stream something from Netflix, Apple or Amazon Prime, and currently we’re watching the second series of the wonderful ‘Better Call Saul’, which is a spin off from Breaking Bad, which is perhaps my second best TV show ever, but see below for,

I know British TV is supposed to have a good reputation and American TV’s supposedly not so good, but I’m not sure about this, as when American TV gets it right, it really gets it right. You see, The Wire is, for me, perhaps the best television series ever. It’s both Shakespearean in its approach and story arc, and Dickensian in its depiction of the many characters that appeared in it over its five series. As an ensemble piece it made the reputation of several actors (Dominic West and Idris Elba for starters). And were you surprised when you discovered that Stringer Bell was a Brit with an Essex accent? I know I was.

What gets me with these American TV series is the number of episodes that are shot for each series, at least 10 and often more. Here in the UK, unless it’s a soap, we have 3 episodes for Sherlock and 6, ffs, for War and Peace. Oh, give me strength, please. Six episodes for War and Peace? This version was Ok (Paul Dano was just wonderful as Pierre) but the last time a War and Peace was made here (in 1972 with Anthony Hopkins as Pierre and I can just about remember it) there were 20 episodes. OK times are different, but there could be a compromise, War and Peace could’ve had 12 episodes, could it not?

Fish. I could eat fish every day. But Mr Frugalfashionshopper would have to have said fish curried for that, as for him fish is OK if it doesn’t taste of fish!

Tea, but not a weak cup, or some perfumed nonsense sold as tea. A proper cup of builder’s tea, please, with no sugar and just a little milk – think strong and very dark brown. 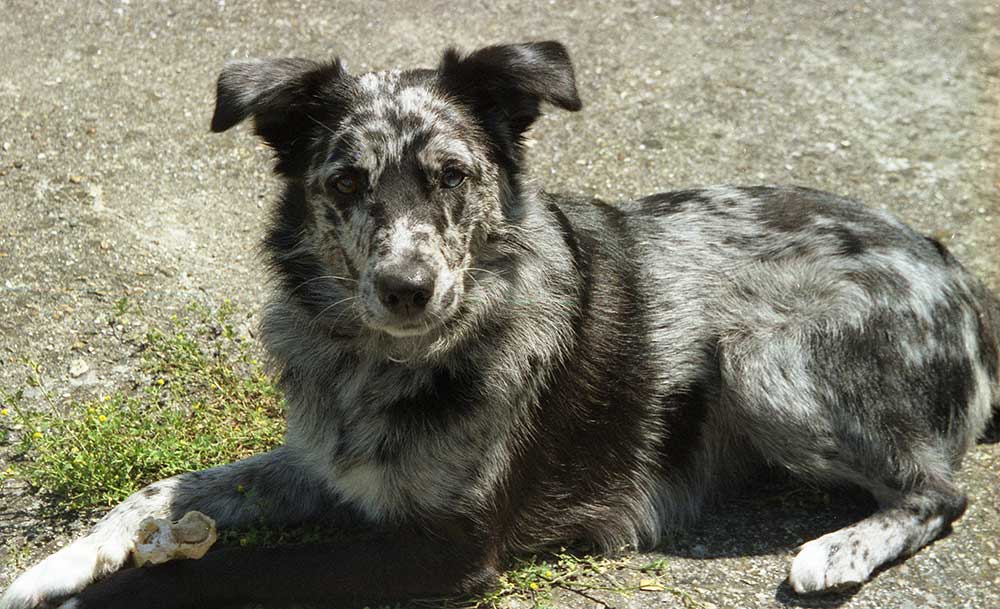 Feel quite teary looking at her.  She passed away about 5 years ago – very much missed.

Has to be Norway – I love the north!

I’d love to do another train ride in the States.   In 1999 we caught a train in Florida and travelled up to Philadelphia stopping off at Charleston and Washington. Best thing we ever did, as you get talking to people in a way you never would on a plane, and you see far more of the country. I mean 8 hours after we left Miami we were still in orange groves – amazing. You really get the scale of the country and see why some people in the States could become isolationist.

What I’d like to do is go across the States or down the left-hand side, or both. Or what about a trip to New York – yay!

Neither. Swimming is out, as not only do I not want to get my hair wet – look I spend a fortune on that hair – but also, if I swim I have to take my contact lenses out, and then I’m half blind so I can’t see where I’m swimming.  And jogging – no way. It’s yoga for me and a gym class for seniors – I know my place.

I nearly agreed with Catherine (Atypical 60) and said Angelina Jolie, but actually Joan Collins is amazing for her age. Long may I put on the makeup as she does. My kind of woman!

Actually, I quite like the adrenaline rush of a scary film, as long as it totally is nothing to do with real life. I watch a lot of films, and that includes, sometimes, what others might deem violent, and/or scary films.  Because, above all, I do not like sentimental, happy-ending tosh. If you’ve read down this far, I so hope you’re not offended, but the type of film I hate most is the film aimed at the older market that has Marigold in its title (there are two of those – yuk). I rather die than be put in an Old People’s Home and be shown that type of film as entertainment – please no!!!!!

A thick lip balm for me.

At the moment it has to be Paul Dano. He’s currently riding a wave of popularity in the UK after his depiction of Pierre in War and Peace. But I remember him in ‘Little Miss Sunshine’, which was a sharply observant film about those awful child pageants and so much more, including a dysfunctional family with a silent goth teenager played by Paul Dano. It kind of made your day when, at the end, he smiled. He’s also been a brilliant Brian Wilson in Love and Mercy – so I saw him first!!!!

In my own home or let’s put it this way, not somewhere were they do older people’s activities: bingo, whaaaat; sentimental films, I feel sick already!

I used to say it was winter, but after this one I’m going to say Spring! 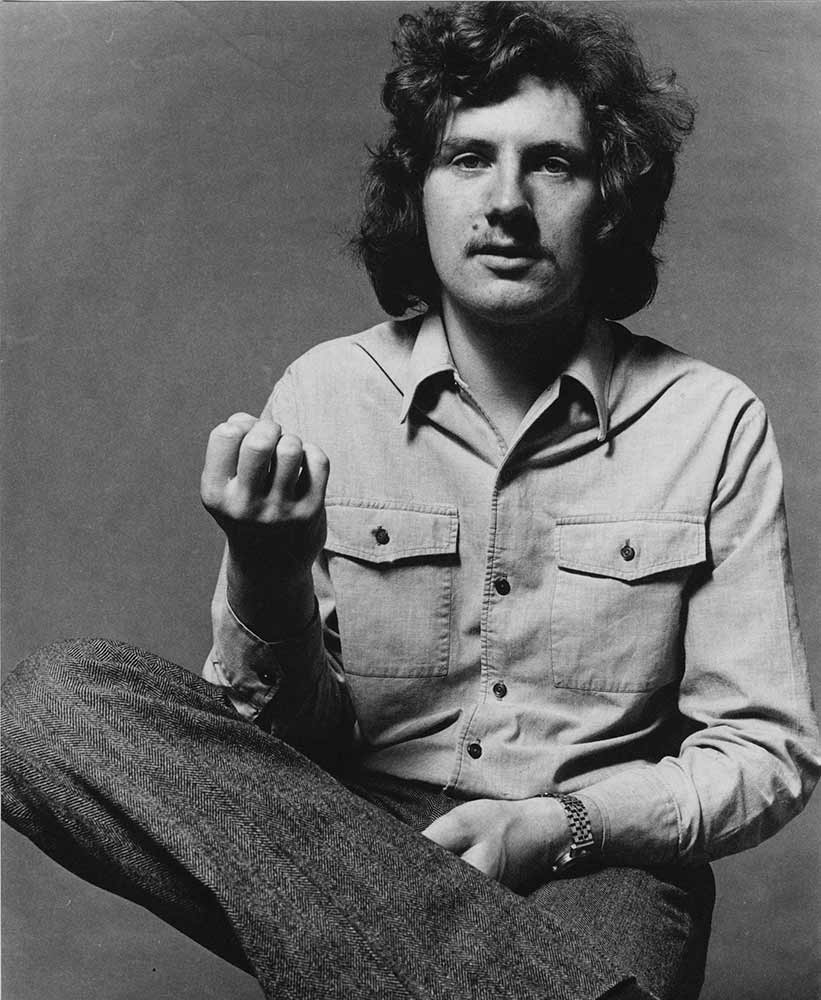 My honeymoon. This is us at our beach-hut. 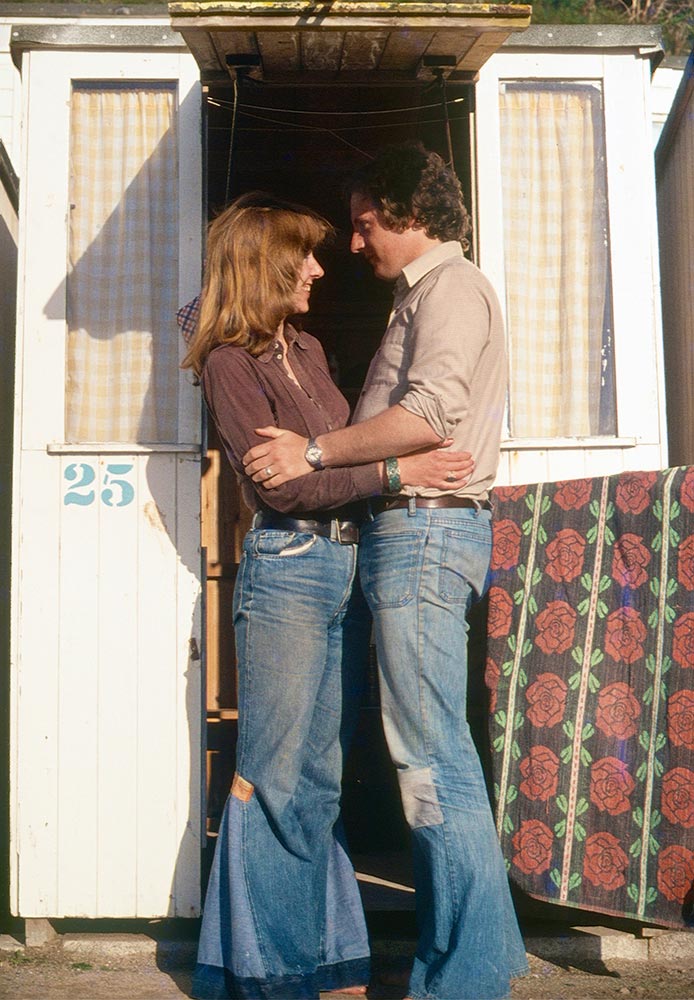 No flights to Bali or the Caribbean. No, 42 years ago we spent a fortnight in a caravan in Newquay, and that was all we wanted or needed!

That’s enough for now! Thank you so much for reading this all the way to the end.

P.S. Note the volume of material in the jeans! I think these might be the jeans that scandalised the Swiss!

9 thoughts on “Here’s 25 questions that gives an insight into how I think!”