I used to feature my hats far more than I do now.  But I still wear them – a lot!  For those of you who are new to the blog the title comes from ‘catwalk’ and is how I feel about hats, that actually you shouldn’t keep them in your closet, or hat box, instead you should be out there walking around with them on your head!

And whenever I feature a hat I also share with Judith Boyd of StyleCrone and her monthly #hatattack linkups. Do have a look at Judith’s blog because she is the most stunning woman who always wears a hat!

You’ve seen this month’s hat before, but it is such a good summer hat, and was so essential here in the UK during our heatwave, which has broken, as they say.  Big sigh of relief!  Says a Brit who would always seek out the colder, northern areas of the world to explore and go to for a holiday.  For example, I really do prefer Norway to Spain. It was the brightness of the constant blue skies that got to me, and it just gets boring to have the same old weather every day. We’re used to changeable weather here with a bit of sun mixed with a bit of rain, which is what the weather has returned to – good! 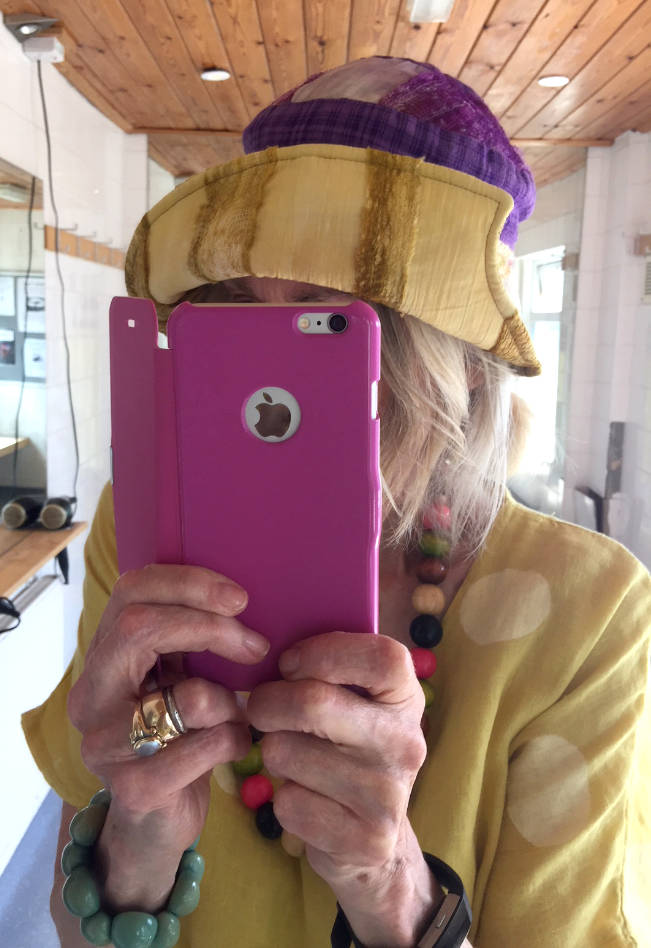 It’s a great hat because the brim can be worn both up or down. And when the brim’s down it gives good shade! 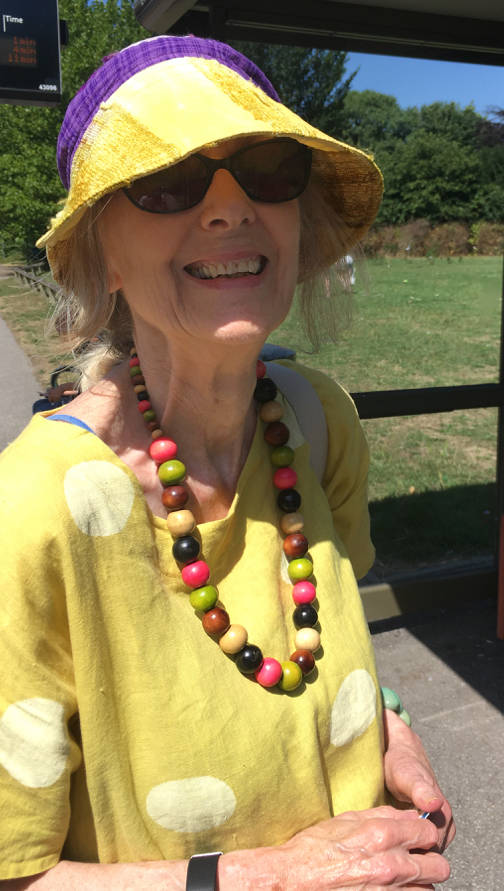 Funnily enough this wonderful patchwork hat was bought new on a hat stall on the quayside in Flam, Norway. Well, there you go, Norway doesn’t only do fjords it does great hats as well!

You know the one thing I’ve learnt about this dress, which is lovely in so many ways? 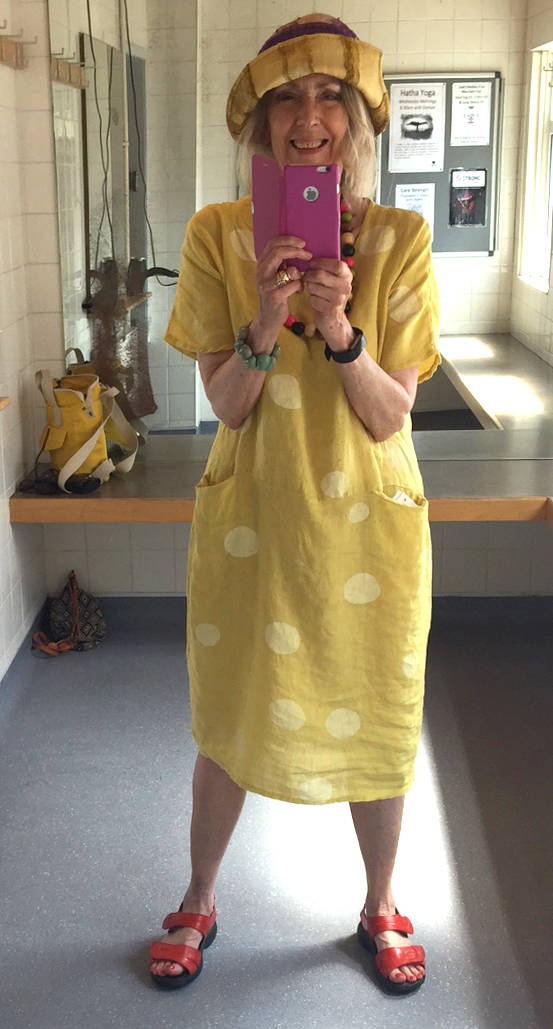 In certain lights you can see right through it! So, when I got up to get off the bus I thought people were looking at the dress and, with its matching yellow back-pack plus the hat, I was thinking didn’t I co-ordinate well. Nope, I think, people were looking for another reason! Ah well, now I know!

And just to say we’re having the last bit of our flat refurbed, so we’re staying at my daughter’s house in Lewes for couple of days, and for those of you who like quaint English alleyways – here’s a pic of one. 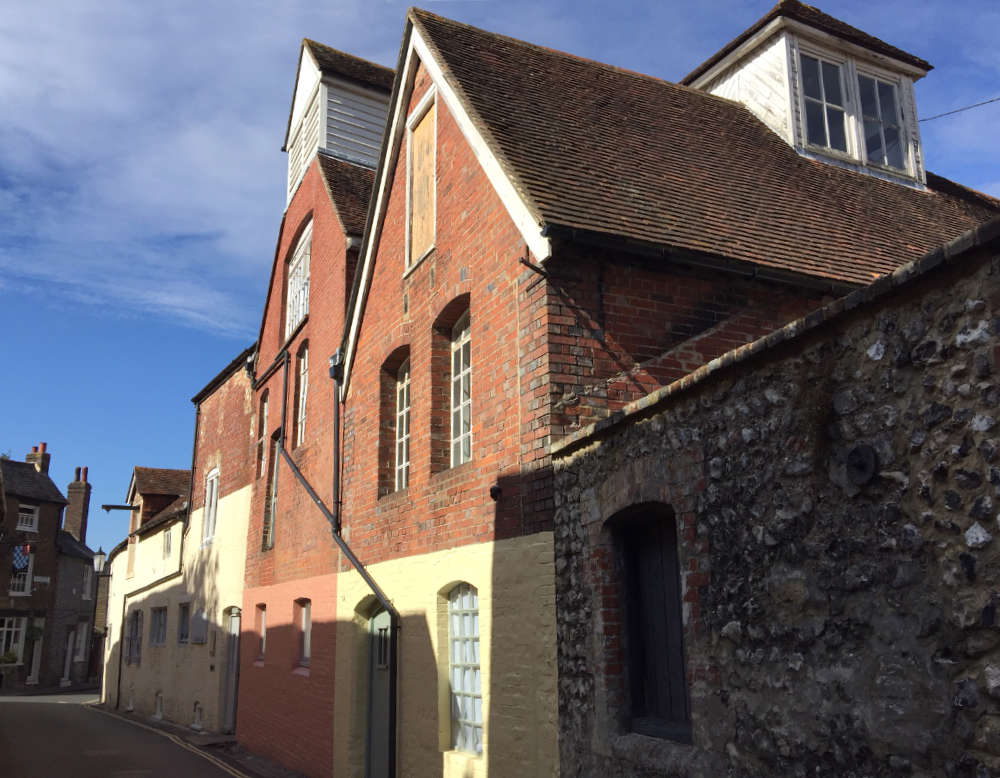 With love, Penny the Frugalfashionshopper

P.S And sharing with the usual lovely people including Judith of Style Crone fame.  Perhaps you can see amongst the icons that there’s another icon, a Readers’ Fave from Nicole’s High Latitude Style Top of the World OOTD – gosh and wow! Thank you so much Nicole for hosting this linkup.