For those of you who are new to my blog this is the post where I feature a hat and then share with the wonderful Judith Boyd, who has the most amazing way with hats and, I should think, a vast collection in her home.

Only a few months ago I also had quite a collection.  Scattered around my home I counted 20 big-brimmed hats and 15 squashy, woolly type hats.   But in November I had a good clear-out and reduced the big-brimmed hats by half and the woolly types by two-thirds, as I simply won’t have the room when I move.  And anyway, was I wearing these hats, and the answer was no!

If you saw my December #hatwalk post you’ll know that the hat I’ve really taken to is a fedora type hat I bought in Toulouse.  In fact I loved that shape so much that just a week later I added another lighter-coloured fedora to my collection as I thought I’d definitely wear it out and about in Brighton. But that was it, no more buys, people, I won’t have the room.  Until, that is, a couple of weeks ago, when I bought this hat. 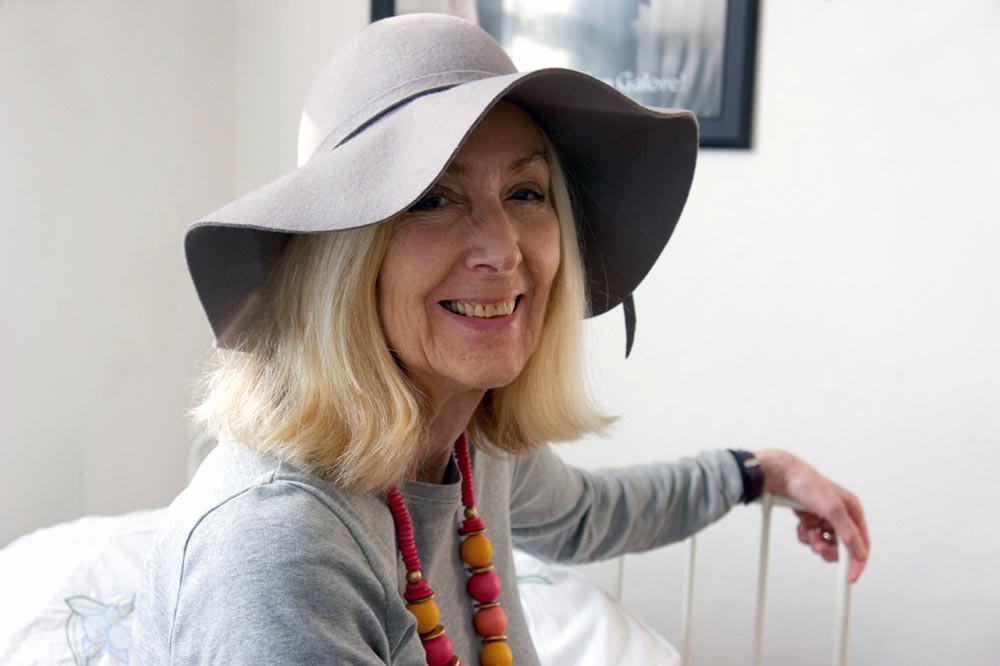 Now, I think it less likely that I wear this hat in town rather than the fedora.  It’s too floppy and romantic and somewhat reminiscent of the hats one could buy in Biba (who remembers that store?!) but nevertheless I couldn’t resist it! 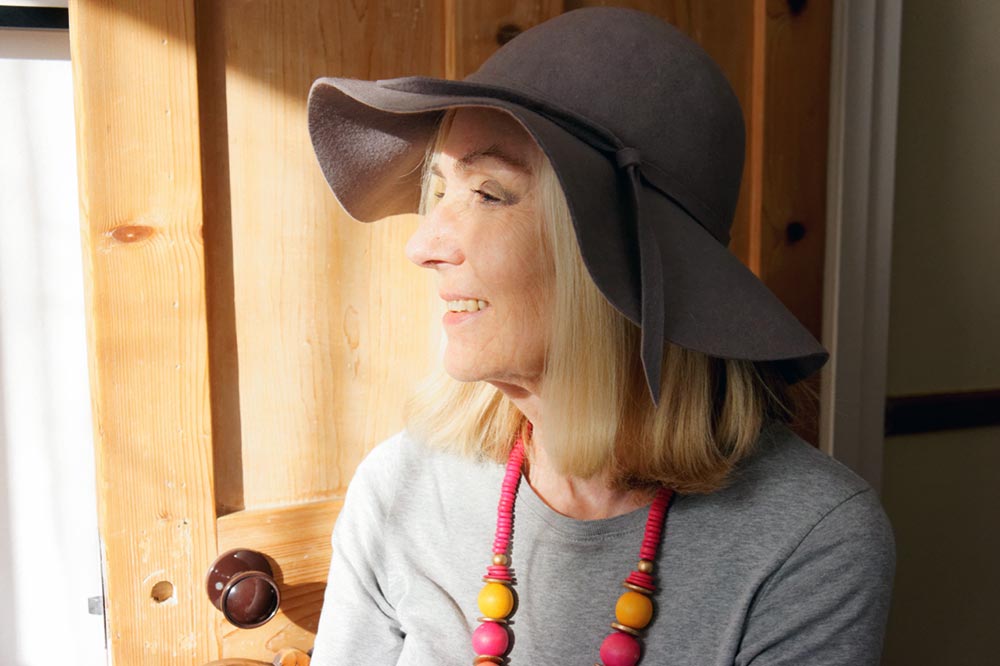 It cost £8, which I consider quite pricey for a charity shop hat, but I love the colour and I’m increasingly wearing grey as a contrast to my greying hair. 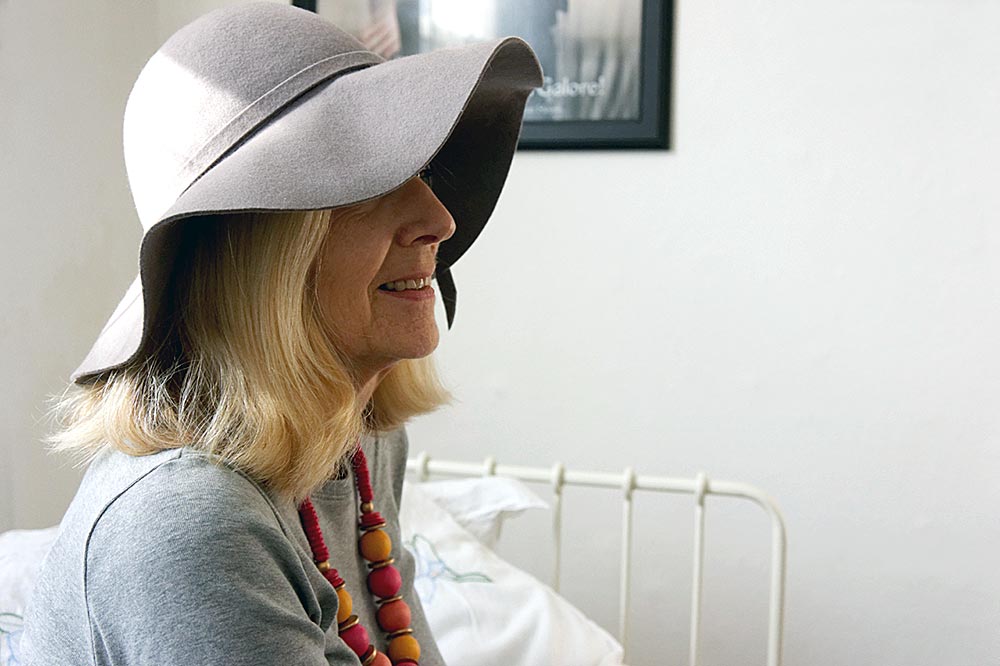 The hair will take a long time to grow out and in some  lights still looks very blonde, but on the hairline at the back it’s definitely grey, and the white at the front is getting more noticeable. 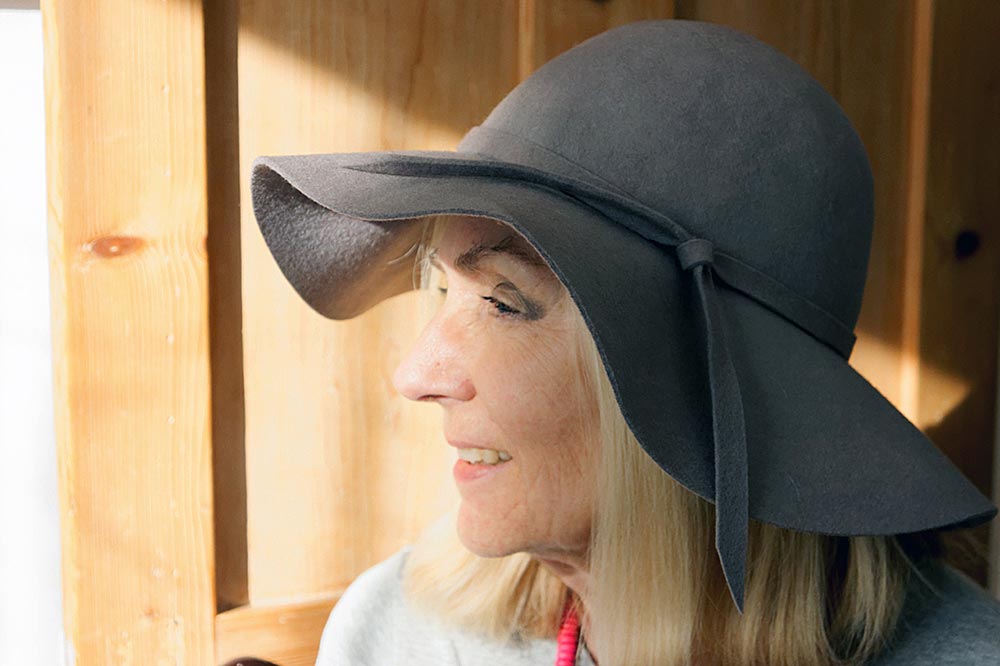 Looking closer at the photo (at the neck and jowls)  I think I can see the person I’ll be at 80! 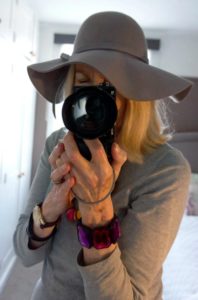 And if you think how vain to be looking closer at an image of oneself, actually the blog was set up to not only say ‘you can look good at any age and it’ll cost you next-to-nothing’, I also set it up to examine ageing along with society’s attitude to ageing.  I think it is no bad thing to look closely at oneself and admit the ageing process is at work.  I mean, mostly I embrace the age I am, but a cool, hard look at the progression of age on oneself, and where it is leading, is what I like to do – hence our move.

And in the meantime, here’s to frivolity and hats.

Live in the now, and buy that hat is my maxim of the week!

With love to you all