I notice my last two hat posts weren’t identified as part of the ‘Hatwalk’ series.   I started the monthly hat feature way back in February 2015 as a platform for my hats. I wear a different hat every month for this (of which the majority are from charity shops and cost not more than £5) and join up with Judith Boyd – it’s so good to feel part of a world-wide group of hat lovers!

That means I have a lot of hats.  And, indeed someone said to me only recently, ‘you must have a lot of room in your house for all these hats.’  Well, no, on the contrary, I live in quite a small, quaint, and very old terraced house with not a lot of space.  And furthermore, Mr Frugalfashionshopper and me are planning at some point (in the not too distant future) to down-size big time to an even smaller space. So today I got out all my hats.

Oh. My. Word.  Reader, on a shelf at the top of my wardrobe (which spans the length of the room, so it’s not small*) stuffed into 3 hat boxes and various plastic bags, I have (or did have) 20 proper hats with big to medium-size brims.  Plus, in various drawers and other places around the house, were 15 squashy, beany, woolly type hats – feels apologetic, slightly embarrassed and faint all at the same time!

But I’ve been so good.  Out went half the woolly hats and several big-brimmed ones that I’ll never wear.  Plus, out went several hats rather like this one. 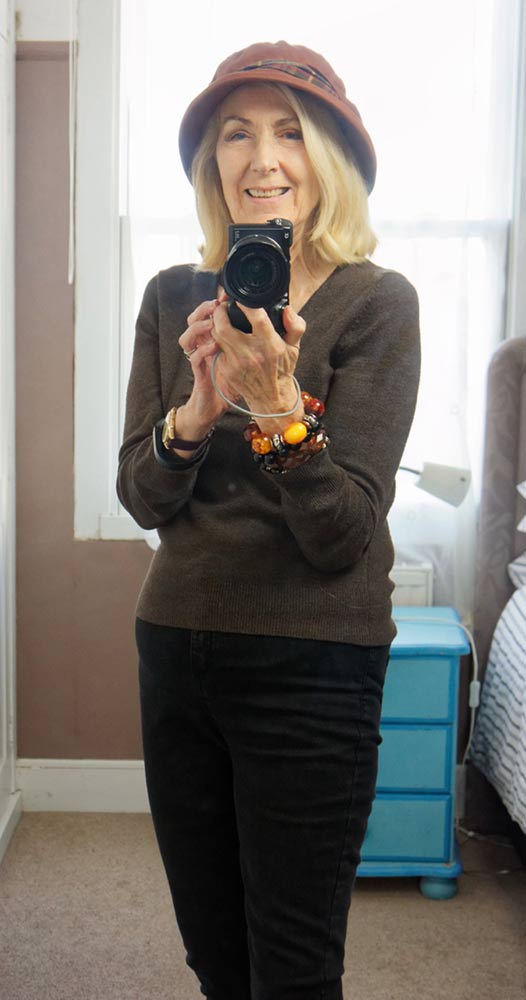 This hat is very typical of a certain kind of hat that a certain kind of woman in the UK wears at a certain age.  I mean, I’m talking about me.  I bought this hat when I was just over 50.  It’s got a slight, oldie-worldie, Edwardian feel to it and I loved wearing it, ironically, when I was this much younger person in my 50s as it said a certain something about me.  As in, ‘I’m wearing this slightly old-fashioned hat, but actually, of course, I’m not old-fashioned at all’.  Now I’m 70 I see it (and it’s type) as not for me one bit, because, yes, wait for it, it’s old-fashioned!   So out it went with about another 5 hats just like it. 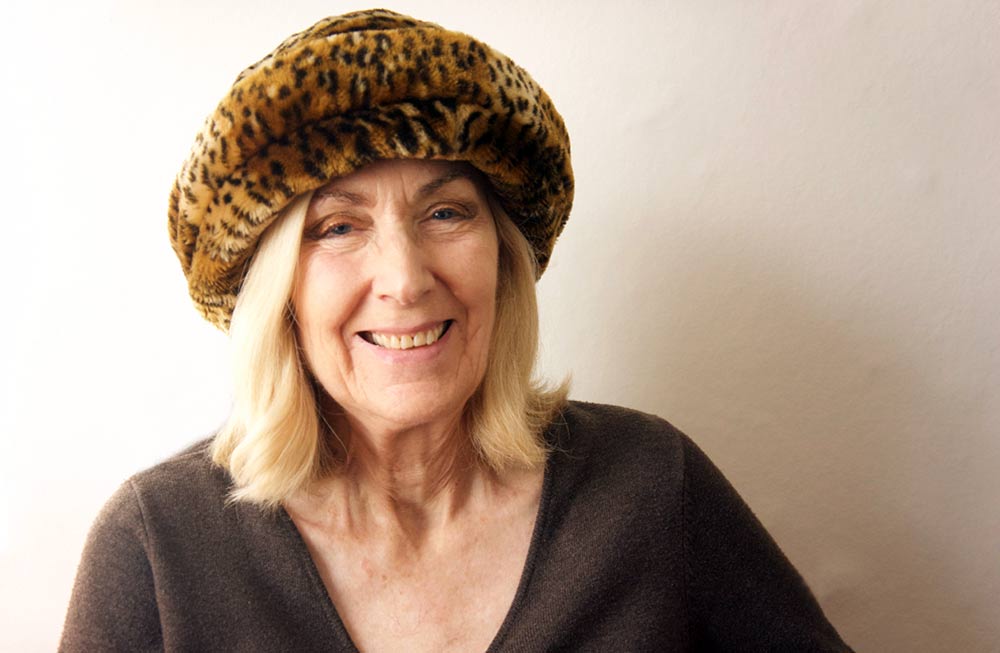 It’s got quite a classic soft shape. 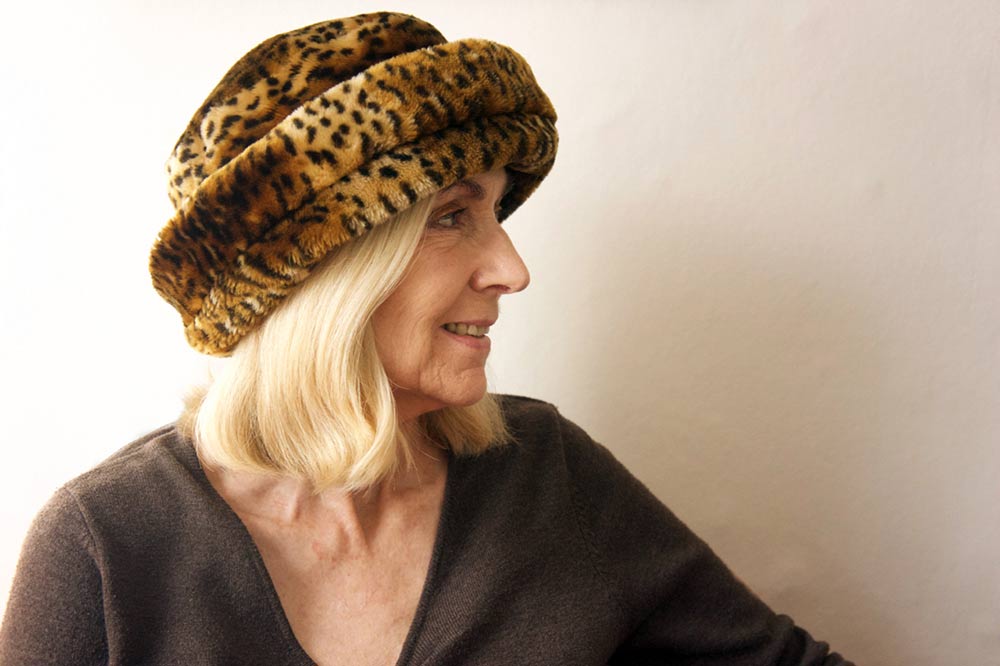 Is it the colour and the contrast with my slowly going-white hair?   This is to love, this hat.

And, btw, I’m wearing the skinniest jeans I could find in my wardrobe. More about the subject of jeans and the older woman in my next post, which will be coming shortly.

I’m sharing with Judith Boyd and her November #hat attack and Catherine Summers and her weekly #iwillwearwhatilike session.

That’s all for now, but I’ll be back with a post on jeans and jackets at the end of the week.

P.S. And if you’re interested in the recent events surrounding the recent court decision and Brexit I’ve just written another post on My Other Blog

*Of course, I share that wardrobe space with Mr Frugalfashionshopper!