I’d make the worst travel writer ever.  I always start a holiday saying ‘this time I will keep a diary’  But, as on every holiday I take, I write up all of 3 days then stop, and now the cruise is disappearing into a blur of (lovely) memories.  If you’ve got time do read Atypical60’s account of one day in France – amazing detail and some lovely photos.  Catherine – you’re such a role model for me!  But I guess I’ll never do that because, tbh, my brain goes to mush and I spend a lot of time with the feet up! 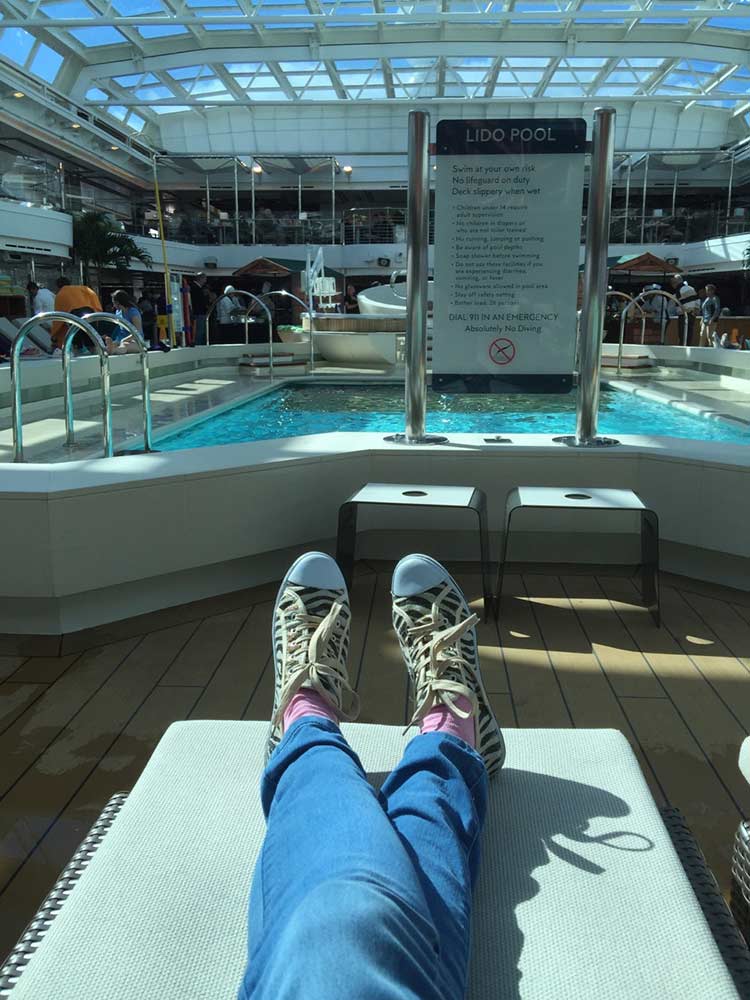 However, I do remember the day I bought a hat!  I missed last month’s #hat attack session because of the difficulty in finding free, cheap or any wifi.  Btw, great to hear from Judith that she’s leaving the session open for a whole month so I don’t have to rush into doing a hat post during the first week.  Or, or, I could put up more hat posts!

Well, I might just do two hat posts this month, because I had a pre-prepared post with an amazing hat that could do (or not) for the next cruise.  But, as I still have some more pics to show you of the cruise to Norway, we’ll look at this hat. 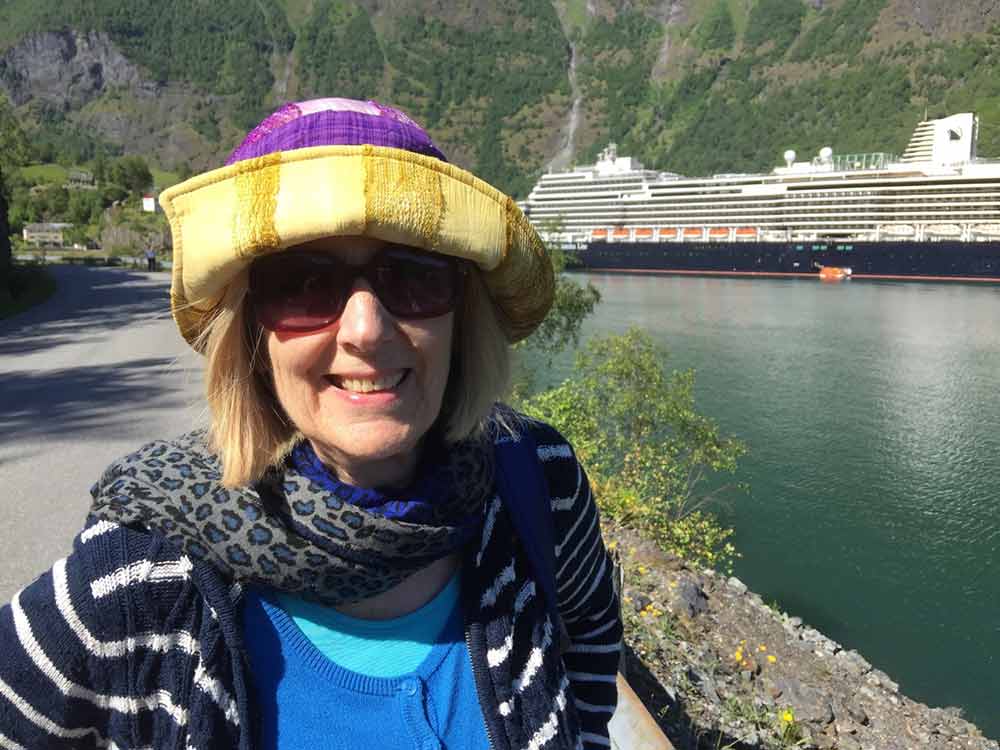 I took two hats with me, and acquired two more.  This one was bought in Flam (and made by Designe Botan of Norway).  I just love it. 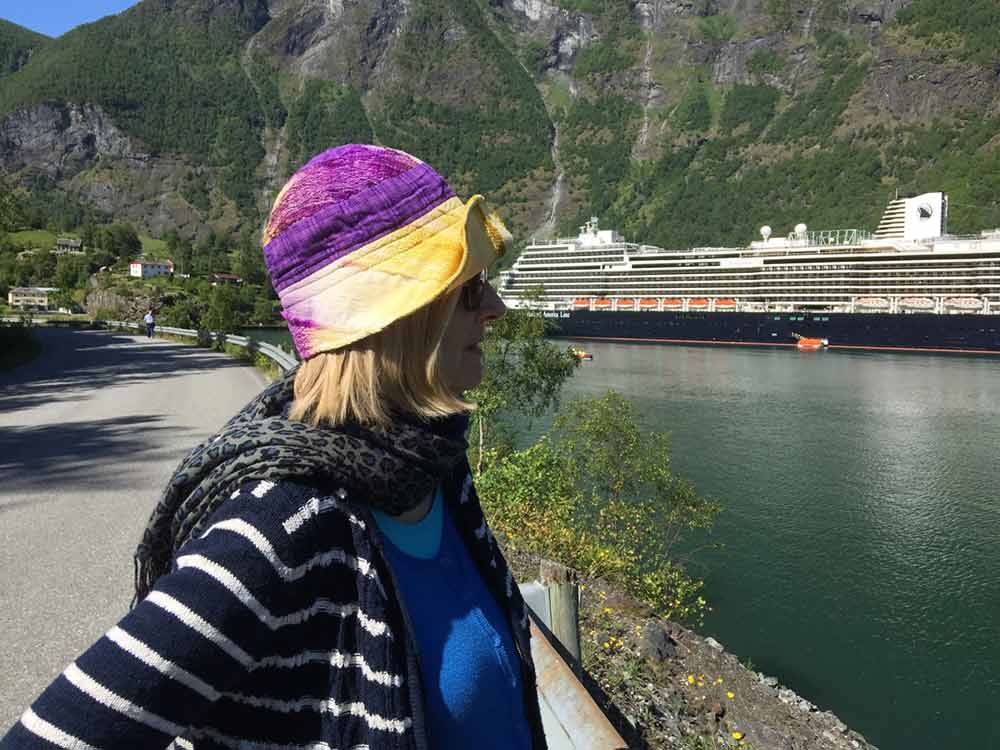 And note that I’m still wearing many layers and that ubiquitous striped top!  It was a lovely day, mind, but cool! 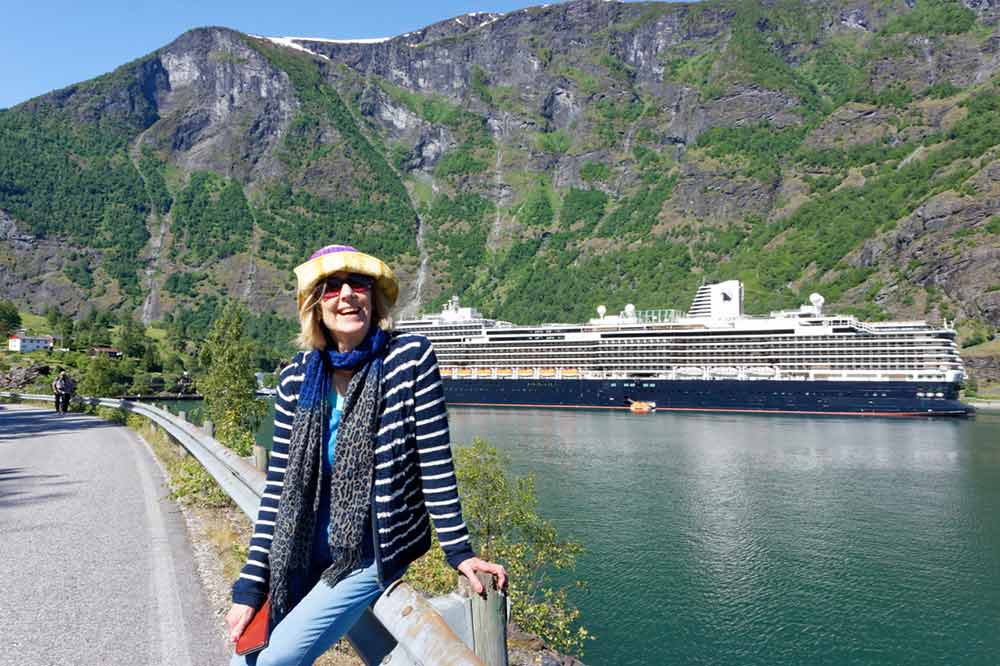 Flam is such an amazing place.  There’s just about enough to do if you don’t go on an excursion.  Four years ago I went on the famous Flam train trip, which really ought to be on everyone’s bucket list as it’s the steepest rail track in the world with incredible views all the way up and down again.

So this time instead of going on the train, after a brief look at the stalls and places to buy Norwegian goods we went for a walk.  Sadly as a tourist you’re rather bombarded with a lot of tat for sale.  Even the hats usually have a large-scale NORWAY emblazoned on the side.  The authorities should, perhaps, have slightly better quality stuff in and around the ports when several thousand of us pour off the ships.  But I’m glad to say that the little hat stall set up in the port of Flam was full of high quality hats, of which, this one is, I think, unique.  No NORWAY on the front of the hat, something that several other fellow cruisers remarked on, and a delight to wear as it’s got a quirky brim and that to die for tie-dye! 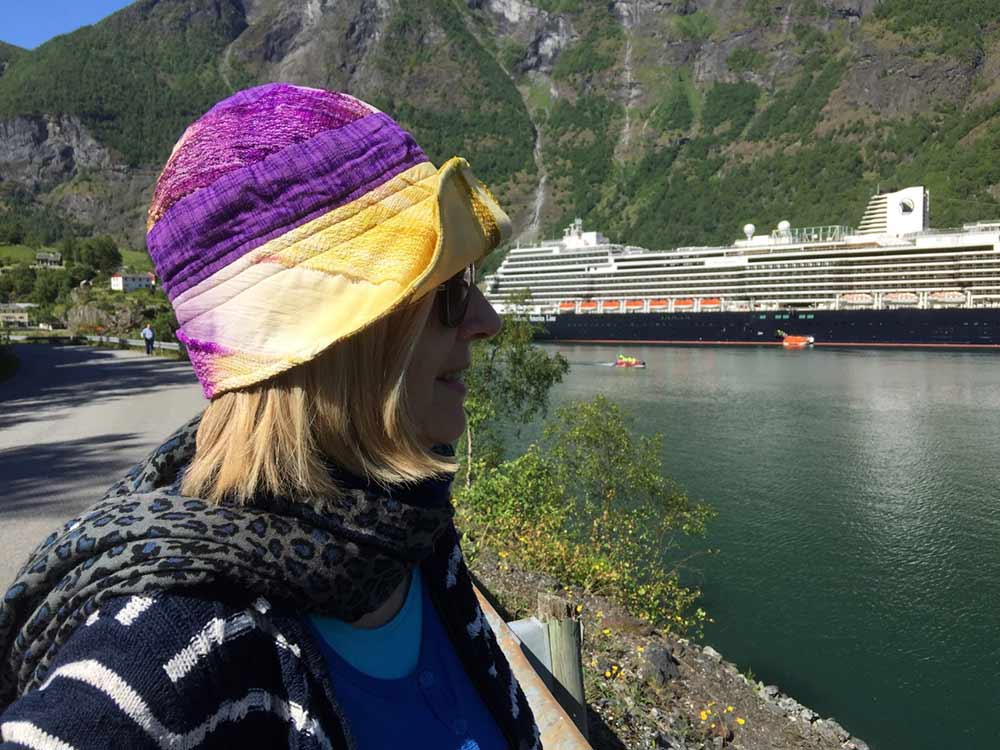 I think the hat is a bit of a throwback to those tie-dye days of yore.  I mean, I wore loads of tie-dye when I was younger and it was in fashion – did you?

P.S. Sharing with Judith Boyd and her monthly #hatattack post and Catherine Summers and her weekly #iwillwearwhatilike session.