It’s the beginning of March and time for a post about the hat I’m sharing with the lovely Judith Boyd and her #hatattack session!

Well, I’ve fallen off my perch (or whatever the phrase is) as one of my New Year resolutions was that I wasn’t going to buy any new clothes, just get them from charity shops.  Oh dearie me!  I was in Alfriston, a lovely little village near where I live, and caught sight of this hat in a shop called The Apiary.  They have some great hats and other stuff there, plus you can get tea and cake! 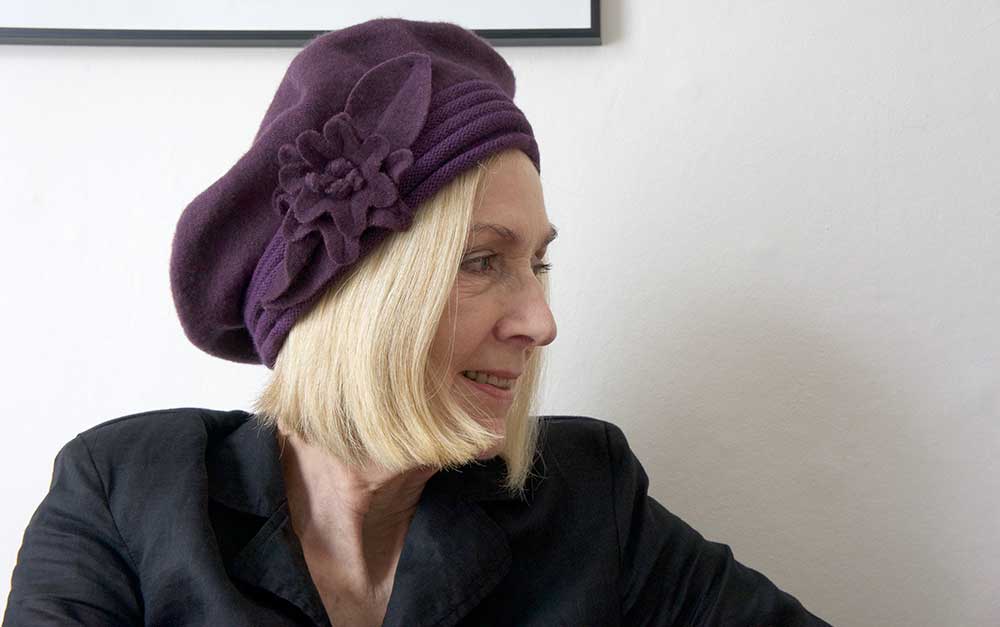 I had to have it.  Basically, you should never buy anything unless it shouts out to you – buy it.  This hat did that!   And it’s already paying its way as I’ve worn it several times.  It’s the only new thing I’ve bought since Christmas so not doing too badly. 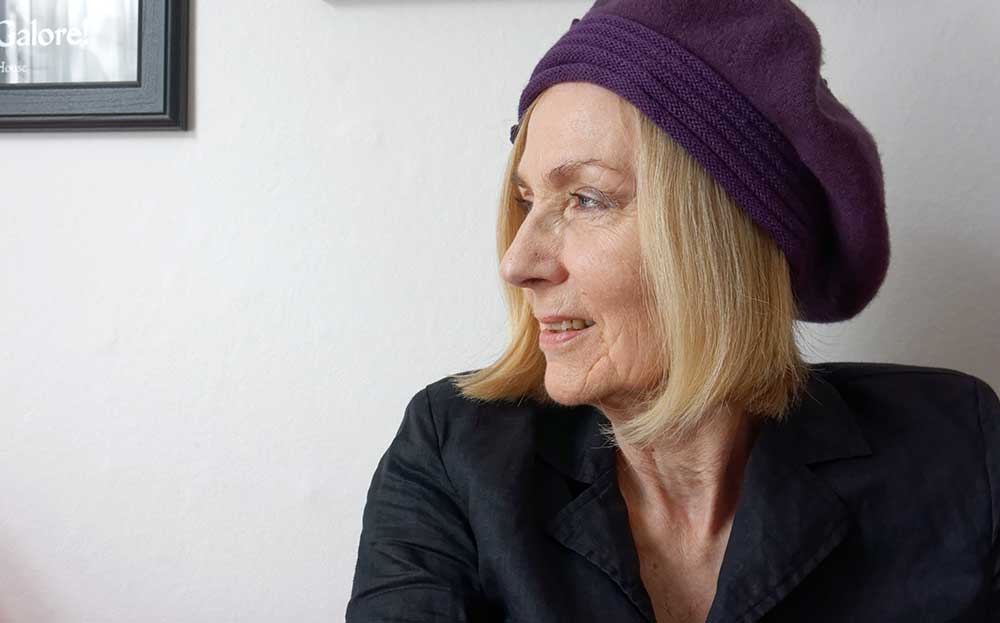 One of the reasons I started this blog was to examine the ageing process. I want to examine this in depth and use my critical faculties to question, explore and I guess, sometimes, rage at the way society looks at and treats age.  I was an activist when I was in my 30s (held hands round the base at Greenham against cruise missiles, marched, leafleted – been there, done that) and I aim to be an activist of some sort or other until I die.

And what is age, after all?  Is it about physical ageing, or a feeling, a viewpoint, an attitude?  There are days when I feel as young as a teenager, or certainly someone in their 30s, and then there are other days when I feel much, much older.  For instance, I look at the lines in my face in this photo – they’re not bad but they’re there.  I’m not dismayed though.  Instead, I embrace the photos I take of myself, which are, for me, an insight to my own ageing.

But today I feel a bit under par, which manifests in a kind of post-viral fatigue thing (feel pale and yucky).  This is the season of viruses.  My other half has been coughing and spluttering for over a week now and me, I feel low, which I put down to the weather as much as anything.

So, what to do?  OK i) I acknowledge how I feel, and then ii) I grit my teeth, put on my best clothes and makeup and get on with it, and iii) I write my blog and take the pics.  Here’s another one.

It goes well with black.

That’s all for now, and apologies for being not quite as frivolous and, hopefully, humorous as usual.  I’m not always gung-ho and strident.  This is me, a bit pale and pasty, signing off from a grey, cold and wet UK.  Actually, I admit, today is sunny, woo hoo!  But sooooo looking forward to the Spring and Summer.

P.S. I wrote this two days ago, and feel a different woman because i) I booked a cruise to the Caribbean in early 2017 – that cheered me up a lot! And ii) yesterday was also a sunny day so I spent some time in the garden.  The trouble is we’re starved of sun here in the UK, and it was just great to be outside and turn one’s head to the sun and feel a little warmth, and gardening is such a healing thing to do.