Hi everyone.  Another month, another hat and a big shout-out to Judith Boyd.  Do have a look at her latest hat worn for her monthly #hat attack session – such elegance and panache

As I’ve been wearing my red coat, with the matching red pom-pom beret, a lot lately (anything to bring some colour into this dull grey winter we’re having in the UK) I thought I might feature it.  But lovely as the red hat is it is just a woolly beanie with a pom-pom, so I got out all my hats, piled them on my bed and found this one! 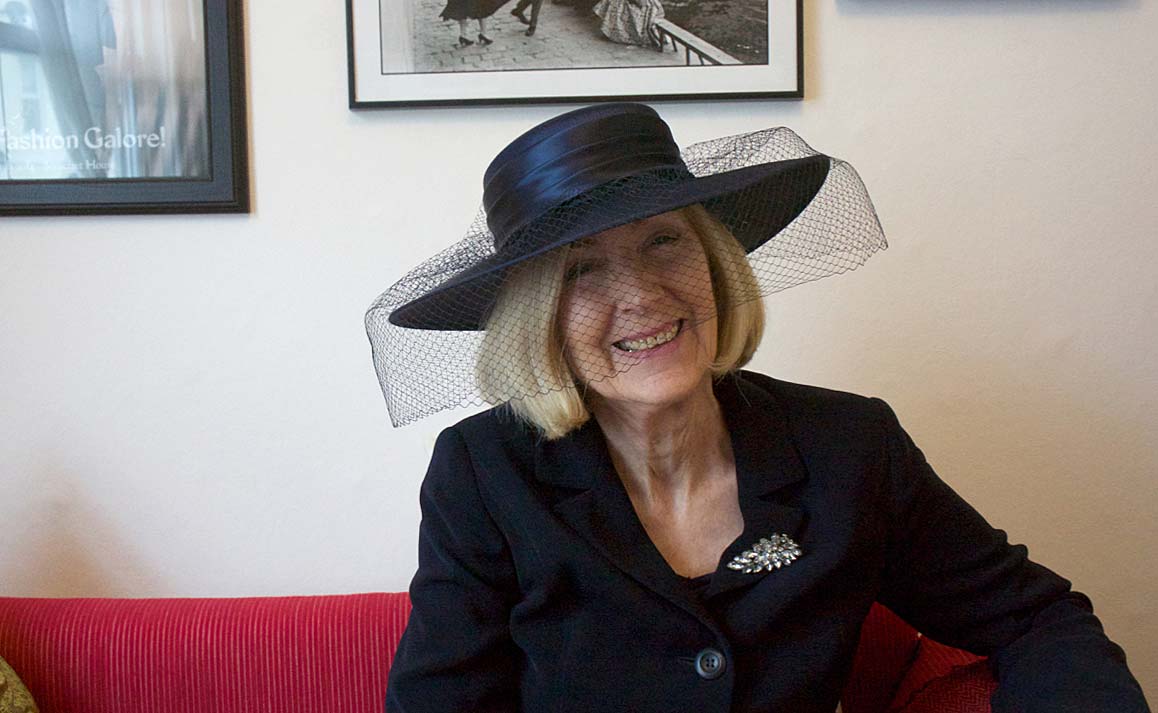 I put it on and was blown over by it’s style – I had to wear it for Judith! 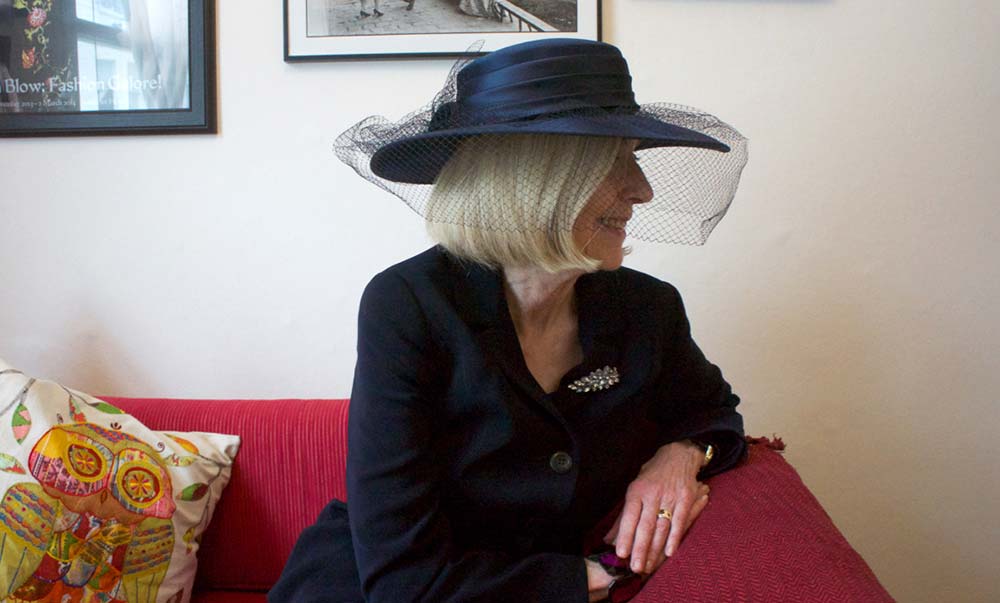 It’s quite formal, and what’s more it’s navy, a colour I don’t wear all that often, so I was saying to myself that I hadn’t got anything to wear with it.  But here’s the thing, I did.  I foraged around in my wardrobe and found this formal navy jacket, and teamed it with a long tweed skirt.

This, plus a bright sparkly broach, channelled a very (pre-Kate Middleton) Royal look I think!

The navy skirt, btw, has to be vintage.  But because I found it in a charity shop, instead of it costing £40 it cost exactly £4 ( I do hate vintage shops).  And I know the skirt is old because i) the Next label is not the current one and ii) it says it’s a UK size 16, but I can only just do the zip up.  You see, all dress sizes have changed over the years to allow for the fact that we are bigger than our parent’s generation.  Gosh, think of it.  I’m usually a size 12 and can squeeze myself into a size 10, so the skirt is a really old one.

I’ve teamed it with a Next charity shop jacket that’s simply years old.  In fact, I lent it to my daughter for an interview and she kept it for five years!  It’s one of the few work jackets I’ve hung on to – the cut is divine. 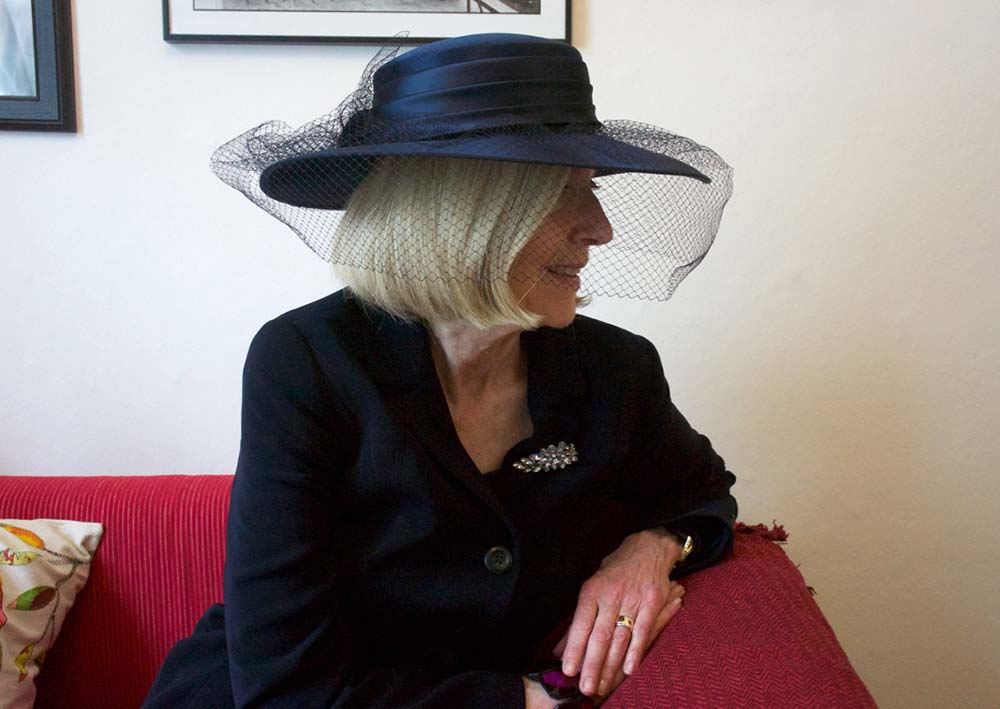 The hat, btw, cost next to nothing (I think a fiver) obtained from the lovely Jane, who got it from her friend Shelagh.  And now it’s mine.  I love it.

I’m wondering, though, when I might wear the hat and, indeed, the whole outfit – I’ll have to get my thinking cap out for that as seriously I don’t have the kind of lifestyle that allows for such formality.  And also I prefer to be kind of edgy, or rather I aim to be edgy.  You know, coming up to 70 and all that, who’s my role model for looks, the Queen or Debbie Harry?   I know who I prefer, for the style of clothes, that is!  Rock on, Debbie, you’re such a role model!

That’s all for now, but if you’re just popping over from Judith’s session why not sign up for my weekly posts – I’d love to have you as a subscriber!