I hope you all had a good Christmas and celebrated New Year in style!  I trust that 2016 brings you everything you wish for.  My New Year’s resolutions have been made, and I’ll be writing about them soon, but it’s the beginning of the month, and, hooray, time for another link-up with Judith Boyd and her Hat Attack session. 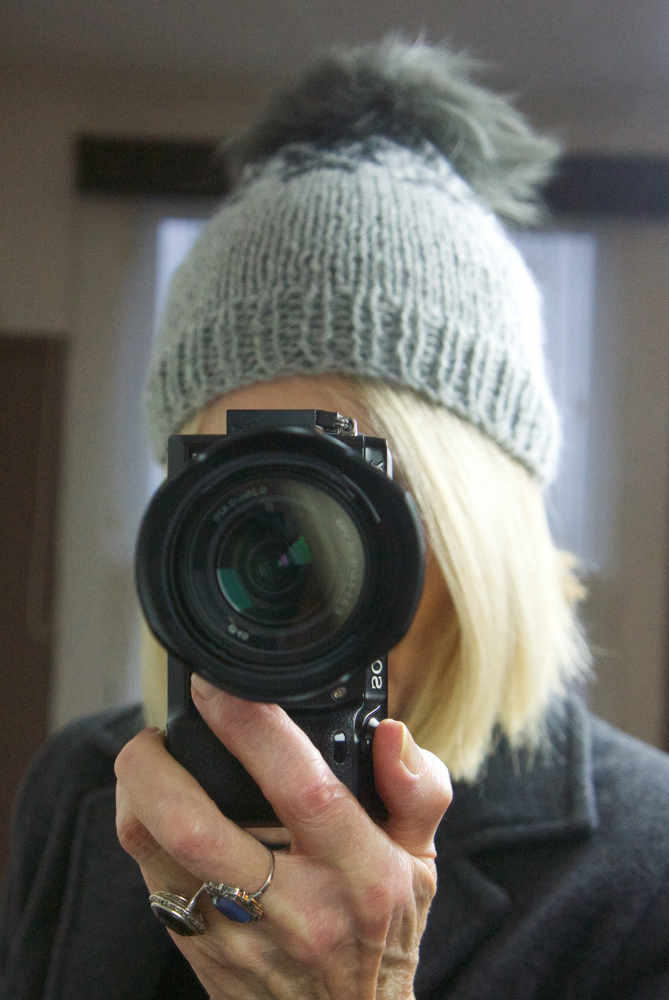 There’s a bit of a back story to the hat as I bought it in the Faroe Islands.  In fact, I organised a whole holiday around visiting the store where the sweater worn by Sara Lund in The Killing was knitted.  Here’s a great link to where you can buy the sweater, and even how to knit it.  I did, btw, try on Sara Lund’s sweater, but it didn’t look quite right, which was just as well at the price.  I nearly bought another sweater, as it looked great, but it was knitted in Peru so I discarded it; the whole point in going to the Faroes was to buy something knitted there!  Anyway, I compromised and bought this lovely little hat, plus a humungous matching scarf, both knitted in the Faroes using Faroes wool, which is said to be practically waterproof.  The sweaters, for instance, are not to be washed ever, but if you feel like freshening one up you’re told to hang it on a washing line on a misty day! 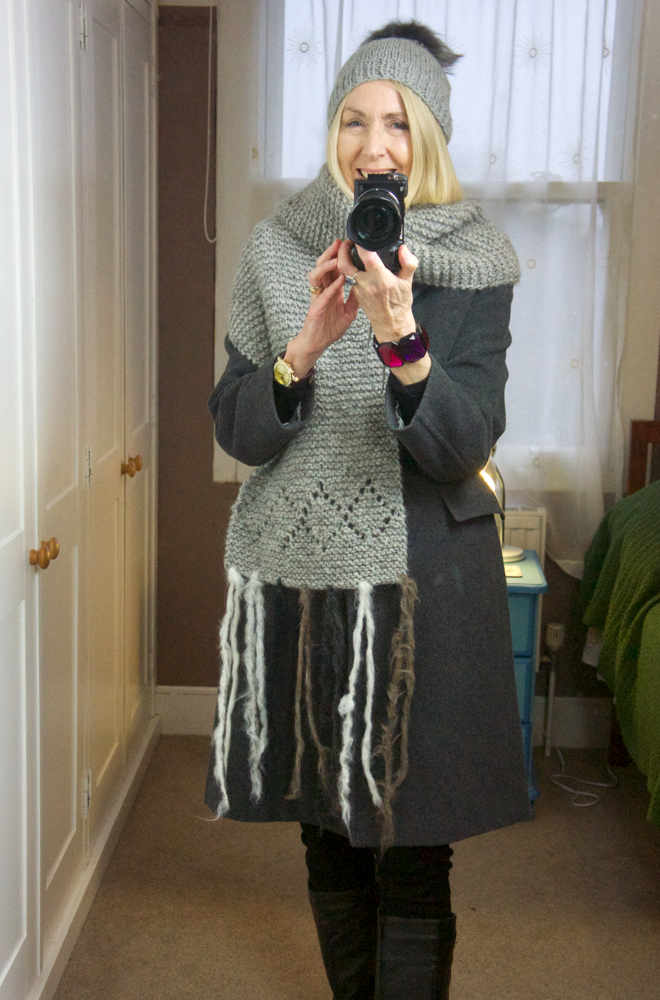 Actually, after I bought the hat and scarf I realised that I didn’t have a coat to match it – not good as I’m always saying don’t buy if you haven’t got the outfit for it.  (Coughs apologetically!)  But recently I found this grey coat (£12) and am wearing it with the black boots I bought earlier this winter. 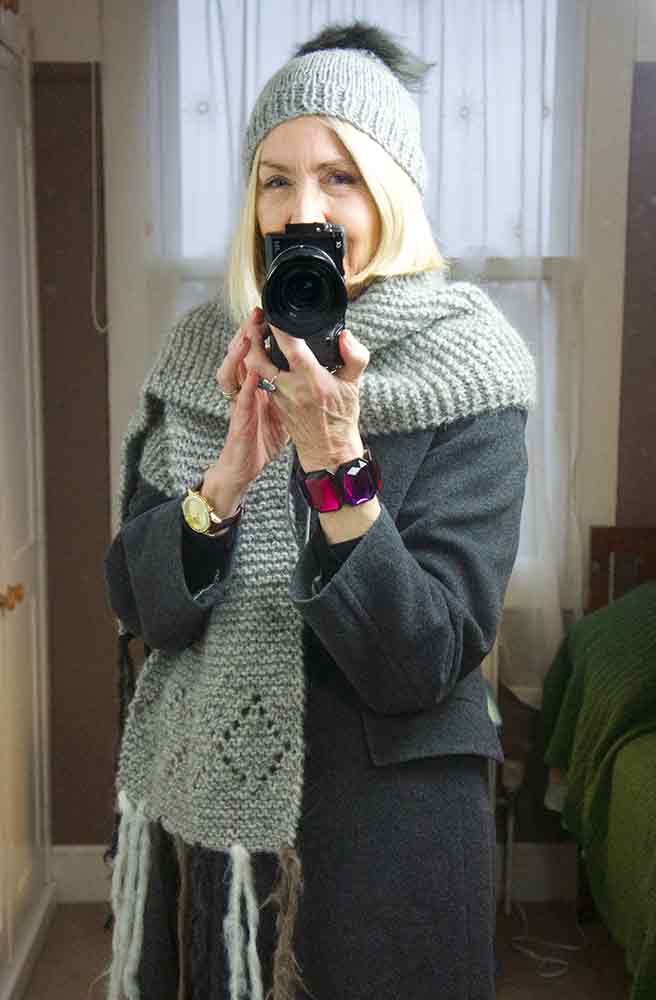 You’d think with that waterproof wool I’d be wearing the hat and scarf a lot, but I haven’t worn it at all as it’s too darn warm here in the UK.  And the delightful pom-pom feature is feathery, and I feel I’d ruin it in the downpours we’re having.   Still waiting for that dry, cold weather, which we used to have, I think, can’t remember, seriously, it’s just grey and wet and warm all the time.  But not complaining too much as elsewhere in the UK people have had some serious flooding. 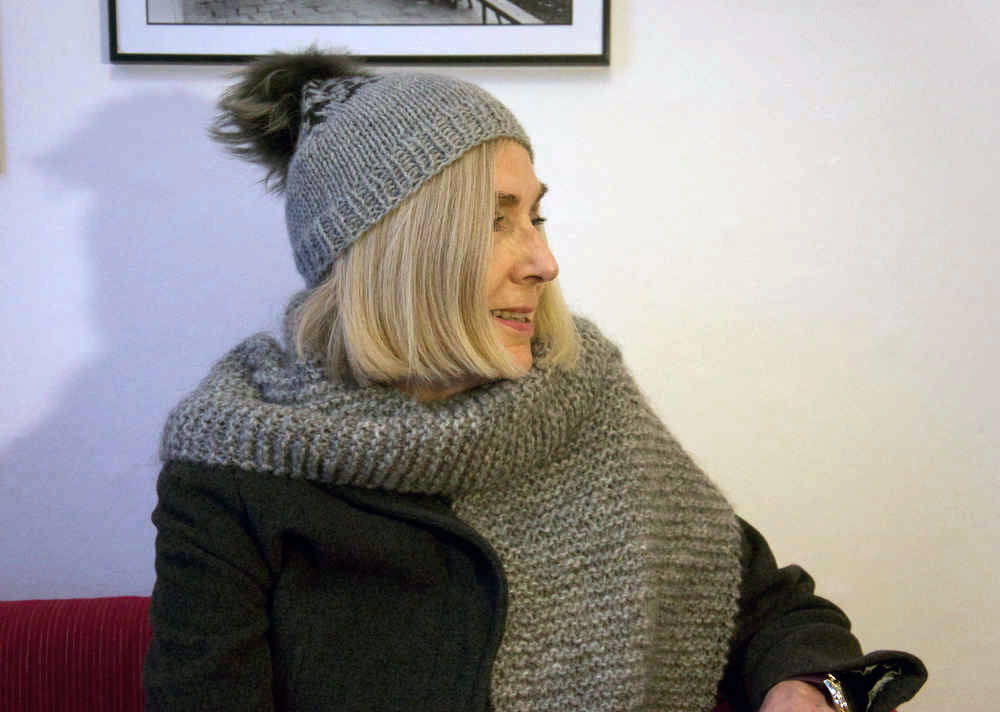 All the very best to everyone. Keep warm and well.

P.S. Sharing with Catherine Summer’s #iwillwearwhatilike where the theme is bling.  So I’m saying the bling is in my blingy bracelet!  And sharing with  #Hat Attack of course.