I’m just about to post, but my finger is hovering over the post button as I wonder whether I’ve revealed and exposed too much of myself.  I mean teeth, old ladies skin, but excess hair?  Yet, on the other hand, we should talk about these things, especially so for the young.  I mean, maybe it’s more out there than when I had the problem as a youngster. But I’m also writing for the older woman who might be finding a bit more hair in places you don’t expect.  Ironic isn’t it as this is often accompanied by thinning hair on the head!  No, it’s a subject that needs to be discussed, so here goes!

Caitlin Moran has written a new book, Moranifesto and I’ve just read an extract. It’s a clarion call to teenagers to not loathe their selves and their bodies, but to love them. Yes, I’d go with that.

She argues that the panic and anxiety that so many young girls feel is not the truth. Do the calm thing, she says, and protect your body as you would a baby. Your body, she says, wants to live, so let it do that, protect it, that skin and heart of yours.

Oh wow, I wish I’d had someone like Caitlin Moran saying that to me when I was a teenager. Because, as well as having quite thick hair on my head, which was, and continues to be, a great thing, I’ve also been blessed with an abundance of hair everywhere else. And I’ve been removing that other hair for decades and, it all started when I was a spotty, insecure and self-loathing teenager.

And the question is did I create the problem of excess hair or, was it a problem anyway? 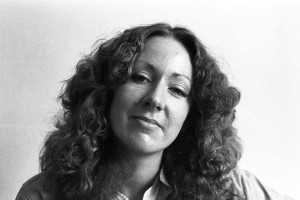 Actually there are hormonal and medical reasons for excess hair, and it can be genetic. I’ve got the ginger gene and with that gene comes not only the colour, but also masses of hair. The ginger or red hair shaft is the thickest hair you can get, and approaching 70 I’ve still got a very thick head of hair, and that’s all down to my Scottish ancestry. 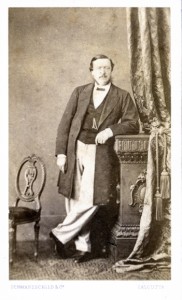 Apparently my great grandfather Campbell (see right) was the hairiest of hairy men, as was my grandfather.

And my mother had thick auburn hair and, like me, had hair everywhere else. My face is a bit like a peach, as I have loads of small hairs all over my face. My mother’s facial hair was longer – over her cheeks it was like a powder puff made of swansdown. 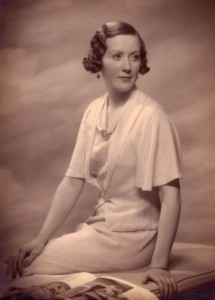 Anyway, as a teenager I became more and more sensitive to this hair that was all over my face and legs. Gosh, the legs. At school when I put on the stockings (no tights in those days) the hair kind of flattened out but was still very visible – and the teasing from my so-called chums was never-ending.

Of course, my mother said, ‘don’t shave your legs, dear.’ But, one day I did – and, oh, the bliss of it all. To not see any hair – it was just wonderful. But I think my mother was on to something as, the hair grew back. So I shaved again, and again and again, until I was shaving my legs every day, because by the time I was in my early 30s the hair on my legs wasn’t hair, but thick black stubble. At some point in my late 30s, I decided this shaving had to stop and so I began the cycle of waxing, which was absolute agony to begin with because the hairs were so strong, but eventually it worked.

However, even at my advanced age (almost 70) I still get the much softer, less black hair on my legs waxed. It’s about every 3 months now, but I have to watch it as I have been known to catch sight of myself in the mirror, and with the sun shining on my legs, it looks as though my legs are covered in a pelt of fur. Oops, I’ve left it too long, so off I go to my beauticians to have all that ripped out!

Now here, for the teenage person that I was, comes the really sad part. My face had a peachy look with fine hairs all over it. One or two were just a bit longer and my mother said, ‘don’t pluck them, dear’. This is where I think, while the hair on my legs was excessive, I did create a hairy chin problem because, I did pluck those hairs, and by my early 20s was doing it every day because these chin hairs got really strong and changed colour from fair to black.

Did I have any boyfriends at that age?   Nope, because I hated myself, and my chin, until that is, I came across an amazing place (near Harrods in Knightsbridge, actually) called the Tao Clinic where excess hair was removed by this new process called electrolysis.   It worked, although for a year the clinic insisted that the hairs be left to grow so they could get at them. Oh, the agony of having a chin full of black hair – seriously difficult for someone aged 21 or 22, I can tell you!!!

It all sorted itself out, but I still have electrolysis every now and then. And I’ve had long conversations with beauticians about new processes like lasers. But they wouldn’t, apparently, deal with my tough ginger hair so hair removal has been and continues to be a life-long practice.

Thanks, mum, for the thick hair on my head, but the other stuff, ah well, thanks mum!

Thank you, also, Caitlin Moran, for aiming to boost the confidence of young women. Life is hard and yes, with so much going on today, it’s a very 1st world problem to worry about excess hair.  But I just want to say to any woman with excess hair, be it a young woman, or an older woman, for that matter, who’s just beginning to find more hair where it shouldn’t be: i) you are not alone in this; ii) there’s loads of help out there for you get rid of it, if that’s what you want and iii) take courage, because, however young or old you are, we should love our bodies and take care of ourselves. This body is all we have and you are beautiful.

And btw, it really did turn out OK as yes, I didn’t start having boyfriends and dating until my mid-20s, but look at the dish I found when I was 27 –  just go back a post and scroll to the end to see what I mean!

10 thoughts on “Hair Part II What’s not to like? When there’s too much of it, that’s when!”