Did you know that May is Skin Cancer Awareness Week in the UK and it is also World Skin Cancer and Melanoma Awareness Month? As you know we went up to London last Wednesday and that was absolutely great as, yes, it as the first time since November 2019 we were in London. Now I might write about my agoraphobia in another blog and how I tackled it, and how very common it’s been since the pandemic as, after all, it was logical to hide away and not go out. Unfortunately that went on rather too long with me. Anyway it was absolutely fine – I loved every moment of our trip. 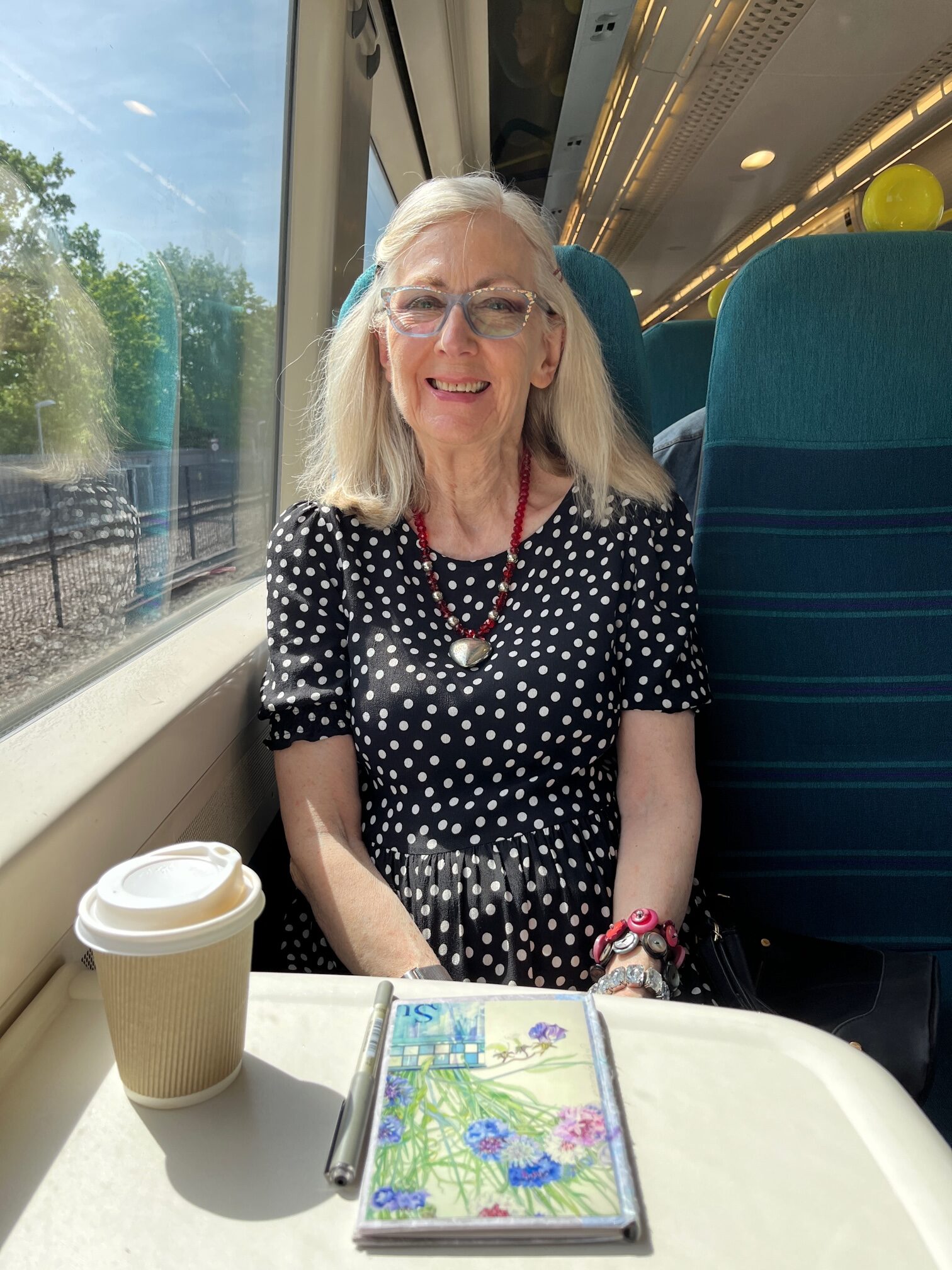 Actually the main reason for going up to London was my appointment at the Mole Clinic to have my annual skin check. Or not annual (because of, you know what) but will be from now on.

Yes, I’ve been going to the Mole Clinic in London nearly every year ever since I was 60, so that’s nearly 15 years of checks. But this time I was able to finally get Mr F to come along for a skin check and that was because the wonderful Mole Clinic had a discount for two bookings, so it was so reasonable and actually essential as Mr F has (I’m sure he won’t mind me saying) rather a lot of moles on his back, and like all men was rather reluctant to get things looked at if he didn’t think there was a problem.

Now why do I say the Mole Clinic is wonderful.  It is because unlike the NHS and going to your GP where you might say, ‘doctor I am worried about this’, and you point to one thing, the Mole Clinic nurse specialist will ask you to undress to your knics and then from top to toe names every mark on your body looking at them with a monocular. And readers I have so many marks and blemishes now that I am the age I am. For example, I have many, many of those seborrheic keratoses on my torso, many, many freckles (which is why I am a warm complexion, it’s the yellow freckles just underneath the skin), many sun spots and, crucially, many moles. Oh the delights, of ageing, and yes, I did say that!

I just like to get all these checked out and over the years the Mole Clinic has found several Bowen’s Disease spots and one non-melanoma skin cancer, a basal-cell carcinoma on my leg (in 2015) which the NHS then cut out, which was so good as I had no idea that it was there.

I’m sure you’re all aware but here’s a few facts I have gleaned over the years.

Bowen’s Disease: is an abnormal growth of cells confined to the outer layer of the skin, usually it looks like a slow-growing red and scaly patch and is often found on the lower leg, sadly, mainly in women.  If left, after many years, a small minority will become cancerous and turn into a squamous cell carcinoma. If diagnosed the NHS will remove these by freezing or scraping it off the skin.

Squamous and basal cell carcinoma: Again these occur because of the development of abnormal cells, the latter is sometimes called a ‘rodent ulcer’ as if left it can eventually erode the skin and form an ulcer. These are non-malignant skin cancers as they very rarely develop beyond the lymph nodes (if left for a long time). And the treatment is usually surgery or, if very superficial, by scraping otherwise known as curettage. My basal cell carcinoma was diagnosed early due to the Mole Clinic and I only had curettage.

Melanomas: These are tricky and need to be caught early and excised pronto. The incision and cutting out process will go deep and may need a skin graft, which is why I go to the Mole Clinic. I have many moles of differing sizes and I don’t want to develop one of those.

Self care and prevention: Well, ha, and ha again! Obviously this is about watching your skin for any changes,  covering up and not sun-bathing, and using very high-protection sun-cream especially if you have fair, very Scottish skin like I have and I do all of those – now! If you were/are a red-head and have freckles even more important. Yup. But did I do that when I was young? No, not at all, as there was no information or much knowledge abut skin cancer in the UK and always there was that competition at school to get the ‘TAN’. Unfortunately but not unexpectedly I used to go lobster red, my skin peeled and finally I would go a little bit brown. Every year, for years. And sun-cream was that oily Ambre Solaire which positively fried you – mind you I can still remember that evocative smell of it. So my skin is damaged, big time, as up to my 40s I always tried to get that tan. Now of course, I never sun-bathe and it is one reason, why I wear a hat whenever possible. The one area that is not quite as badly damaged is my face as I always wore, and continue to wear, make-up, a lot of makeup and so I don’t have too much damage there – currently, my No 7 foundation has factor of 50. So that’s what I wear throughout the year.

But now I reap the reward of my hard-earned tans!  So I get my skin checked regularly. And dear readers, please do the same especially if you have fair skin. The end result of my trip to the Mole Clinic after a two year absence – I have nothing to worry about as nothing was found – yay!

Also do try and get your partners/husbands/sons to get their skin checked. Mr F had some areas that have been photographed and sent off to a consultant for a diagnosis.  See, it’s essential to get yourself and your partner or friend checked out by people who know what they’re doing.

We did a couple of other things in London including going around a large department store and finding nothing but enormous milkmaid type dresses, plus we looked at beds. This department store had many and we had a good look round.

And then we went to The Photographer’s Gallery, which is just off Oxford Circus and very near the Mole Clinic. Loved it as this is what I like doing – looking!

The exhibition we went round was For the Record: Photography and the Art of the Album Cover and very good it was too. 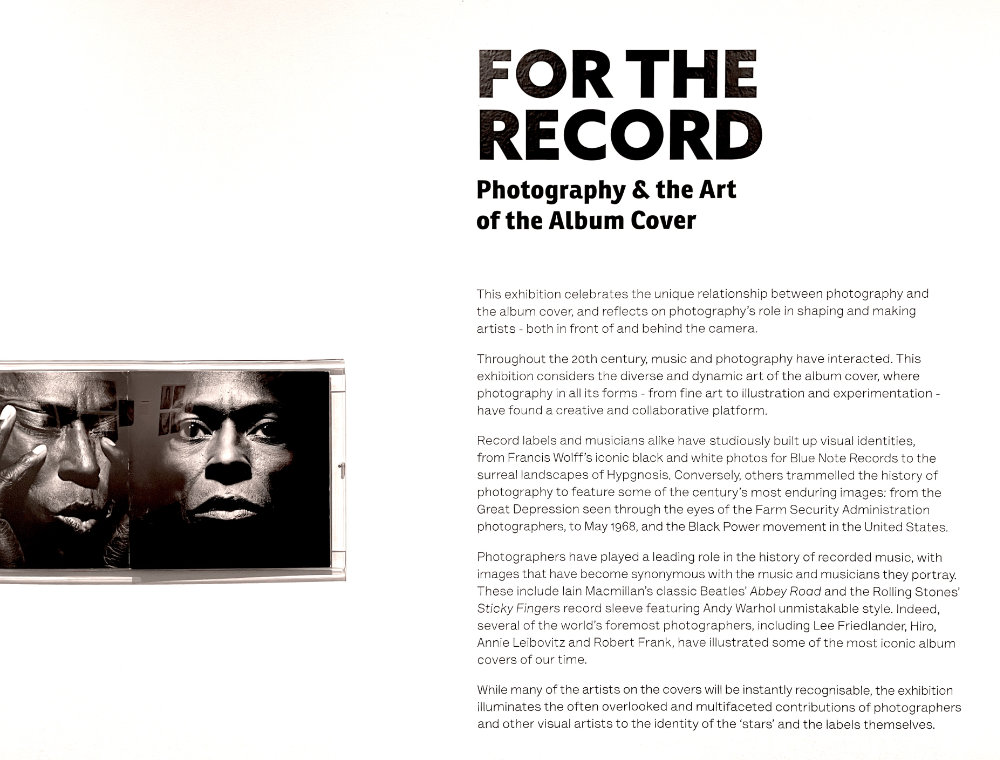 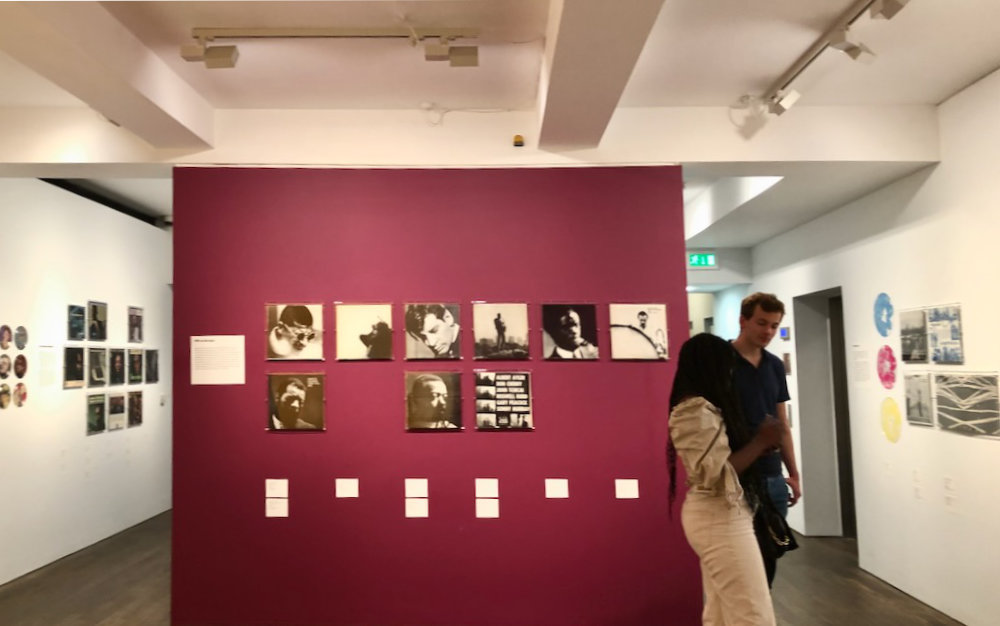 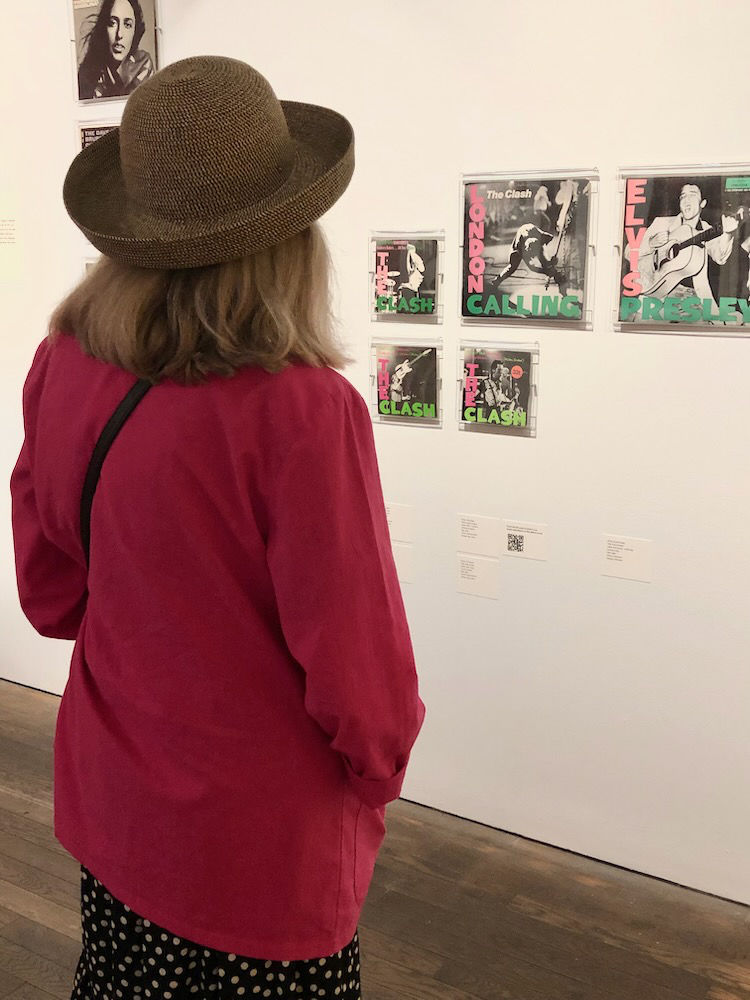 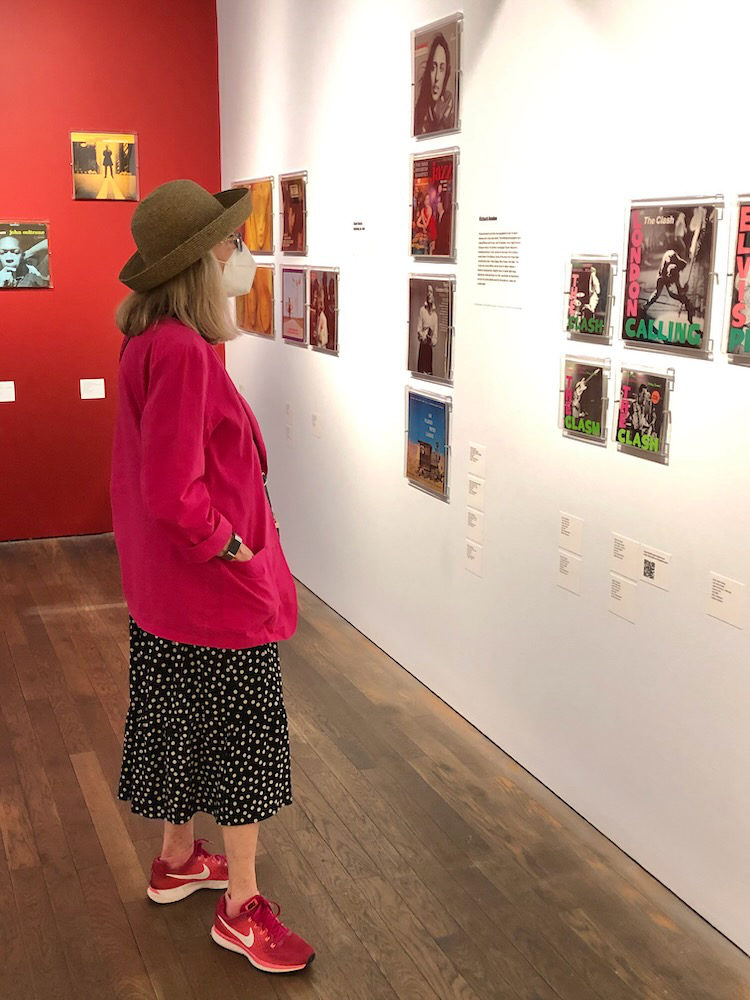 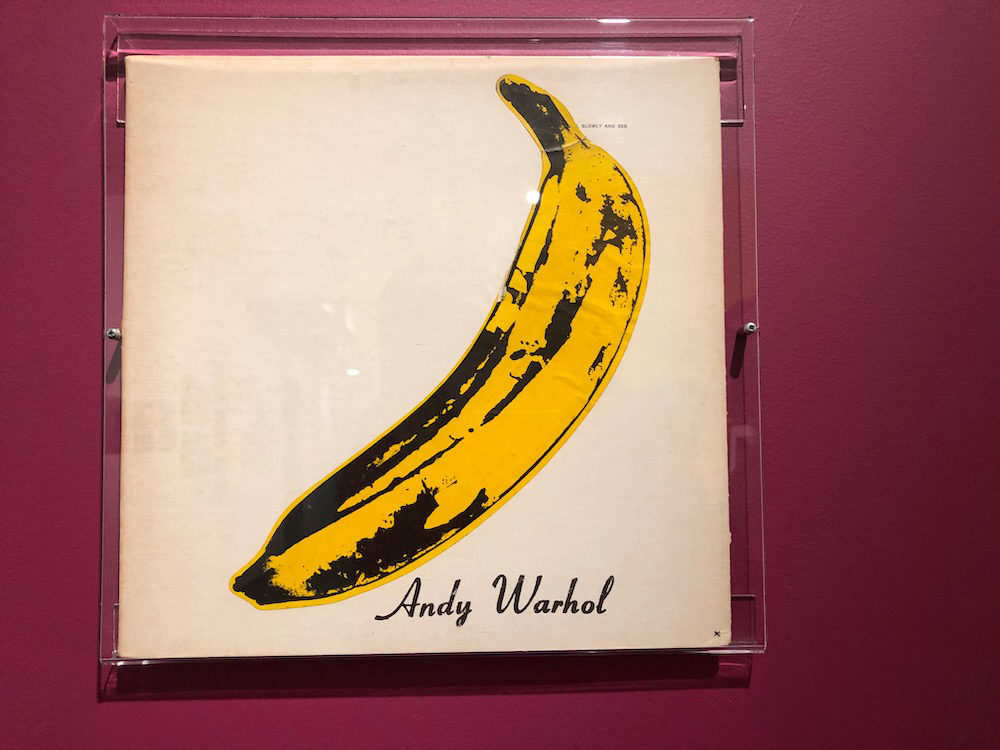 The exhibition was curated by someone who has 50,000 album covers! There were many iconic covers. 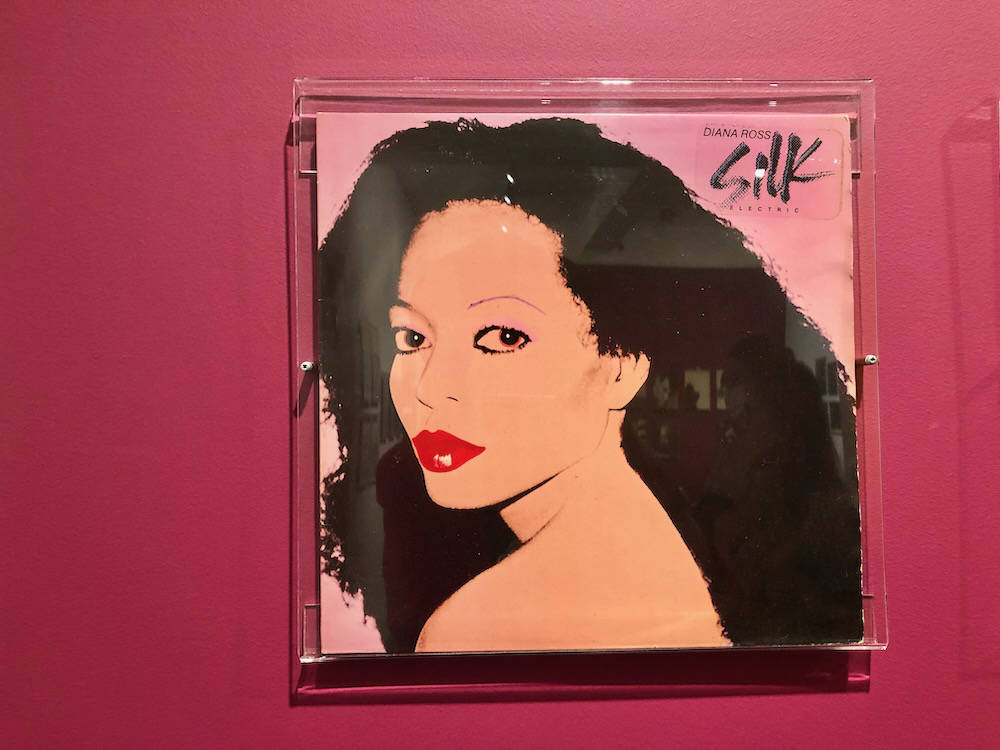 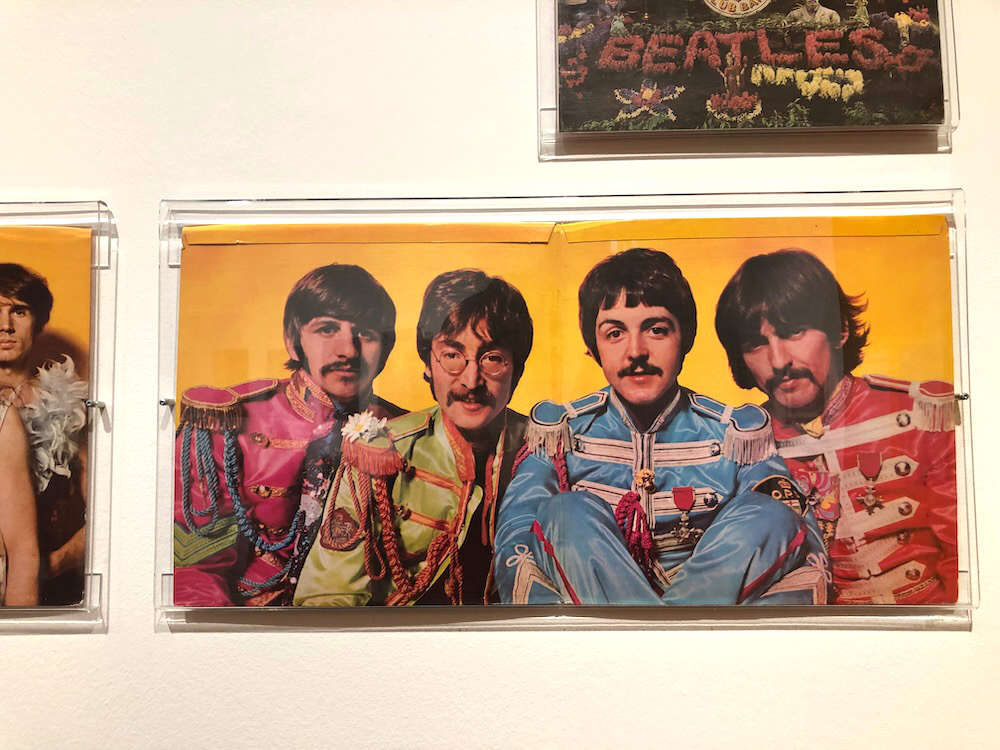 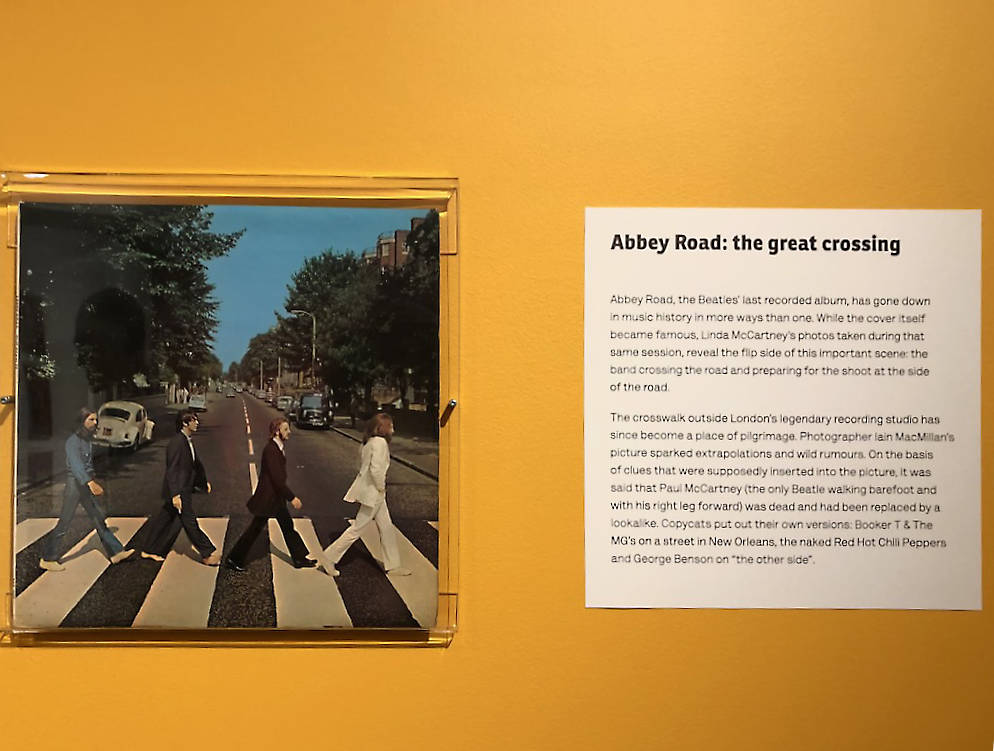 Afterwards we had a lovely cup of tea – here’s Mr F looking rather dapper. 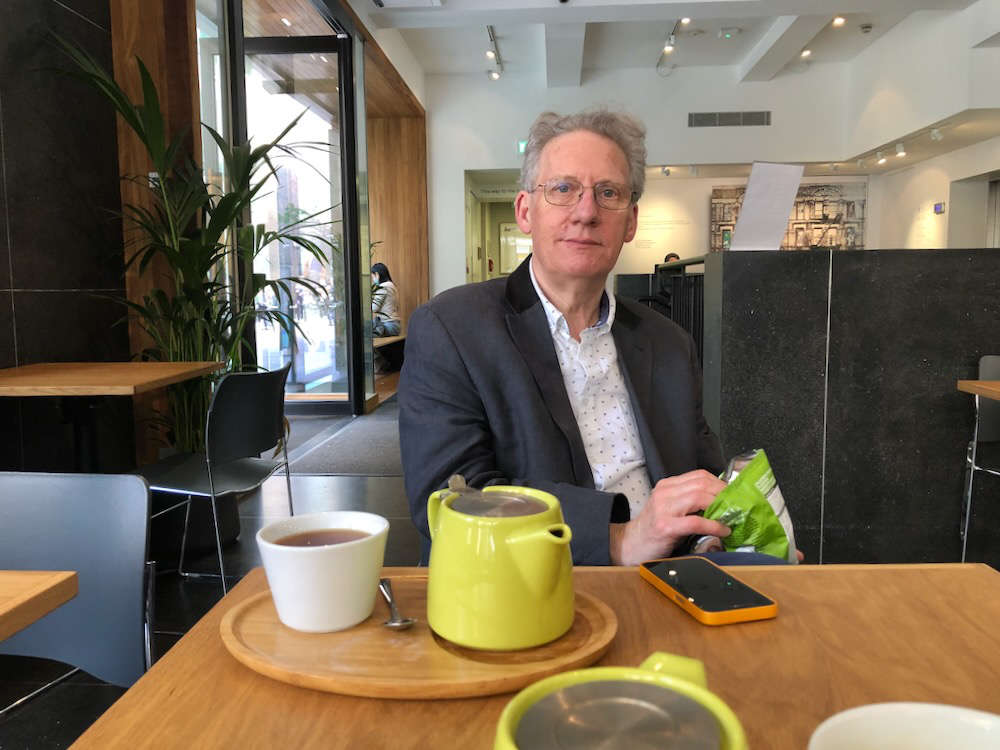 On the way home I took this shot of the Battersea Power station which you can see is now surrounded by apartments. 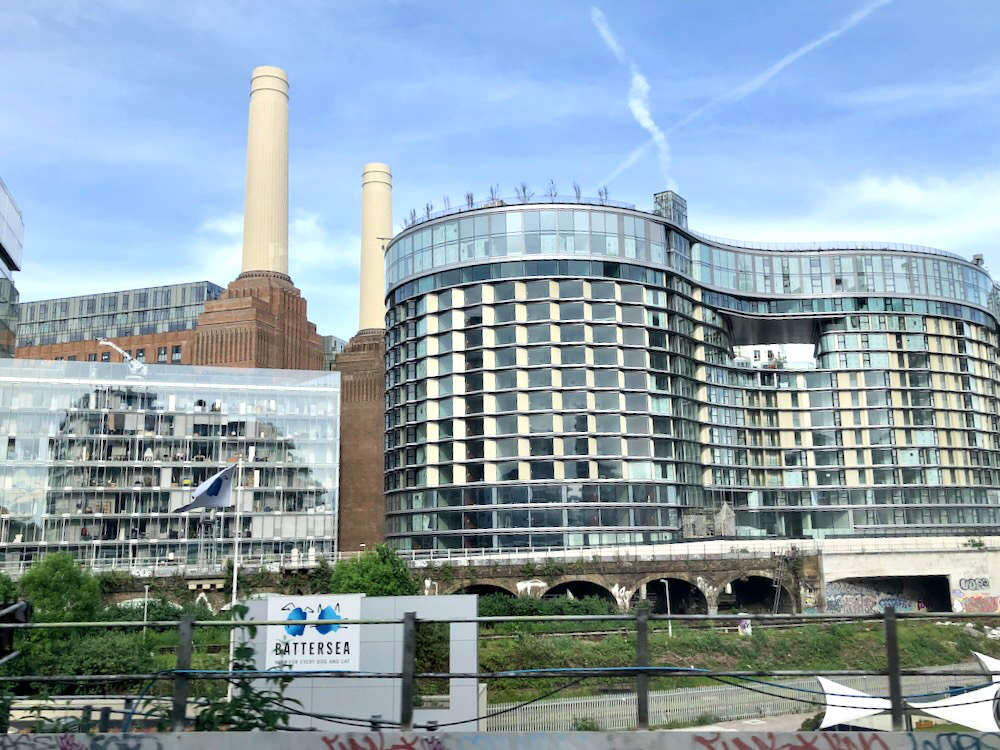 What a contrast to how I remember Battersea Power Station in the 1960s captured here in this rather splendid album cover. 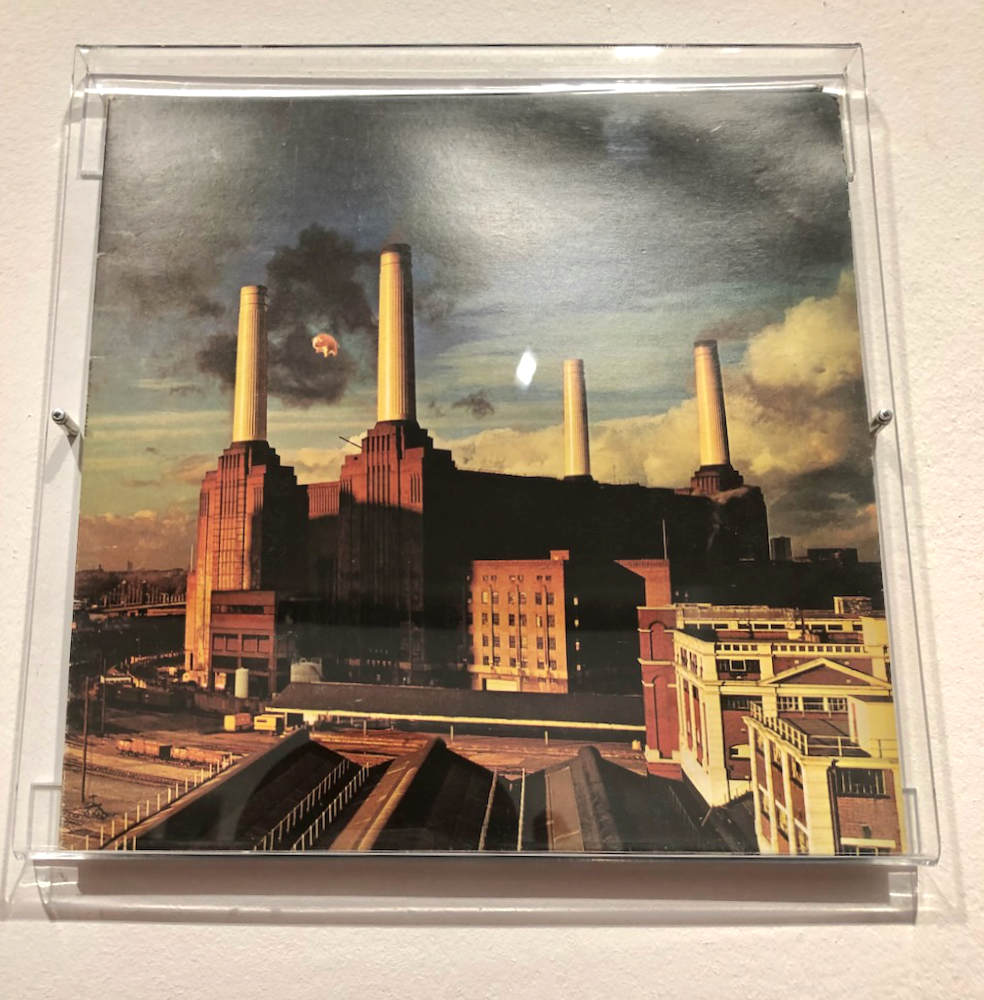 That’s all for now, but I shall be up in London again this coming Wednesday when we return once more to the Victoria & Albert Museum, the place in London I love the best. More about that trip next week.

23 thoughts on “Getting your skin checked out – it’s important!”