Just for those of you who I know are curious about how the flat looks (or apartment if you prefer the US version) I’ll give you a fleeting glimpse.

Here’s a pic I took shortly after the furniture arrived.  It was a hot night and we’d been out to supper at a friend’s who gave me some flowers from her garden.  Here they are on the kitchen window-sill. 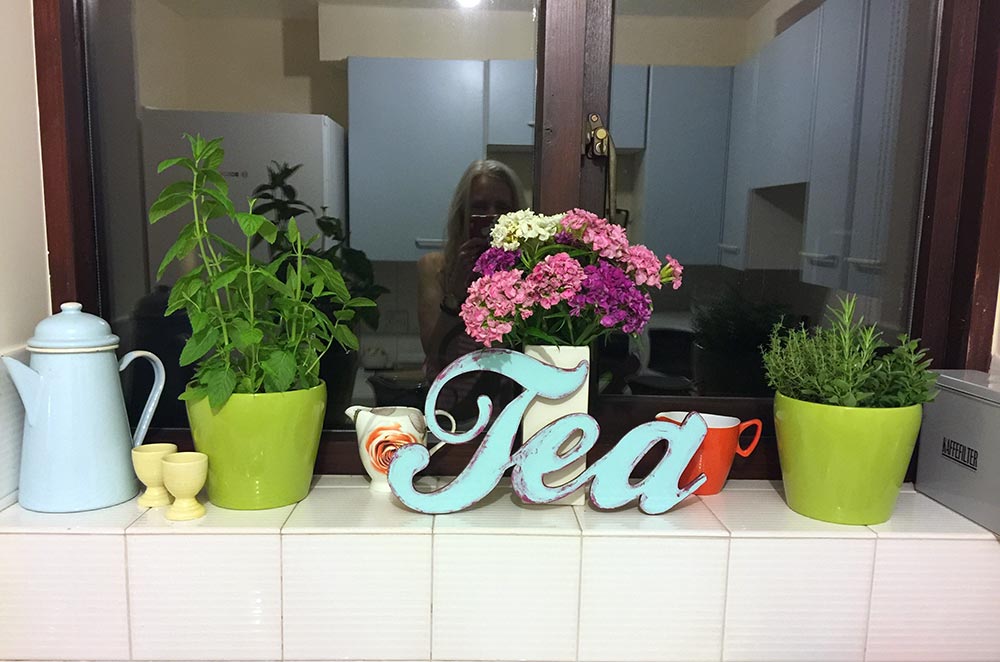 Can you see the kitchen units?  These are the original Paula Rosa units put in when the block was built over 25 years ago, and they’re a lovely pale, baby-blue with very retro white handles.  Other colours put in were lemon and pink.  I mean, pink? Wow!  Mr Frugalfashionshopper says he couldn’t have lived with the pink ones.  Because, yes, I was going to rip the units out and start again – that’s what most people have done here.  But after living with them for a few days I thought, goodness, no, they’re amazing!  People would pay good money to get a look like that.  Keep them.  So, I am.

It’s interesting.  As I’ve said in another post, people have been surprised and pleased at the way our flat looks. Nevertheless, there’s such ageism in any expectation that older people want a chintzy, dark, old-fashioned, antiquey look.

Here’s the nearest I get to antique!  Btw, that’s a new hob waiting to be fitted on the right. 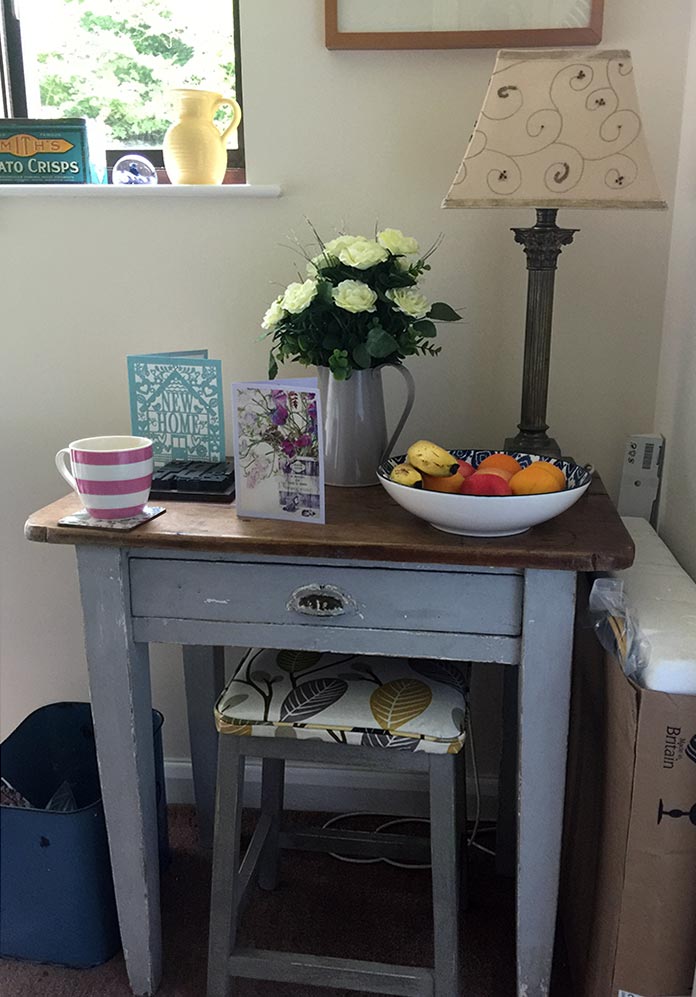 But.  And I’m going to be very careful how I say this.  There is a communal lounge where I have already had a curry supper and a good time was had by all.  But within this room there are some of those ubiquitous high-back winged chairs. You know the origin of these chairs, don’t you?  They were designed for baronial halls with drafts and no heating, apart from the huge fire on one side of the room.  The chairs faced the fire and the wings at the top kept you free from the drafts, and presumably kept the heat in.

When I see chairs like that – I think several things. First is, are they comfortable?  I was going to say I’ve never sat in one, but I did the other day.  Two points: one, they all had an extra cushion under the seat, which I heard from the meeting (the AGM of the resident’s association) had been bought last year so they were extra high, which I didn’t find at all comfortable, and ii) they all had an extra cushion for your back to help you sit I presume more comfortably against that straight high back.

Seriously, are these chairs what people want?  Have they been, and this is important, ergonomically designed for older people? Or are they what (younger) people think older people want?  I don’t know.  And maybe, and I have yet to find out, they are exactly what people want when they age and become frail. All I know is that personally, I like a chair that supports my lower back, the upper back and neck is fine.  Consequently, the straight back of that type of chair looks and feels all wrong to me.

And I also think, have people, who design these rooms and the furniture in these rooms, never gone to Ikea?  OK, I just don’t like curly-wurly antiquey anything, so I know I’m as prejudiced as anybody.  And that’s why I want to get into more evidence-based research so I can say with authority that this is so because…..  But for me the look of these chairs is so not what I like, and as you know, I’m superficial enough to think the look of anything is quite important.

Brighton life continues to be great – have a peep at what I do a lot on Instagram. 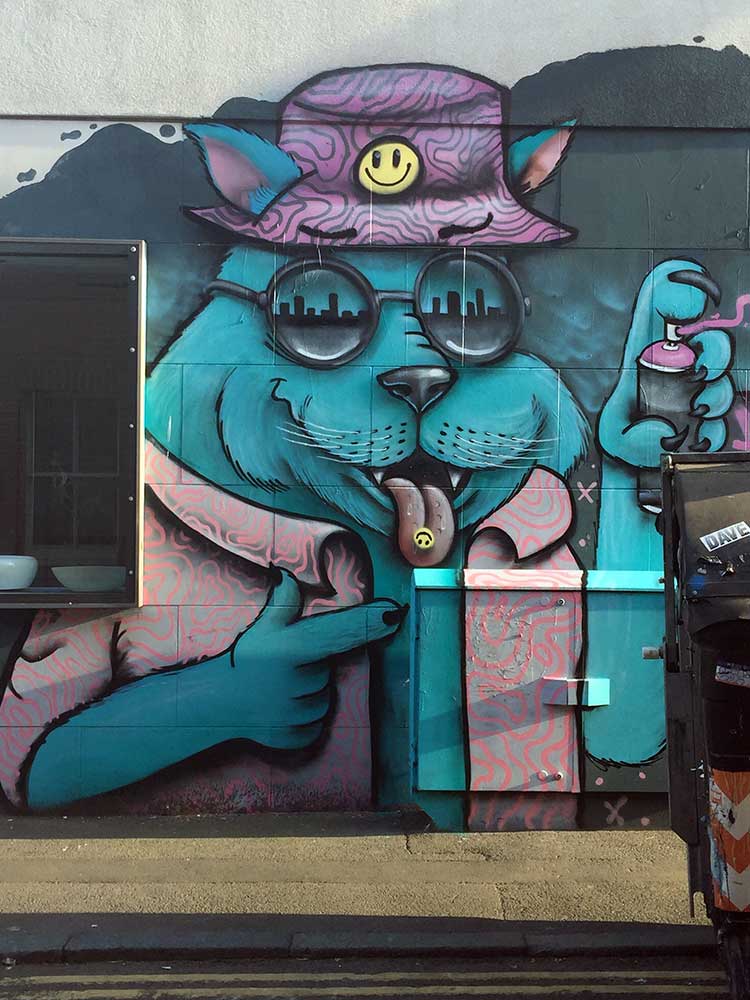 I don’t do a lot of posing on Instagram instead I do a lot of street views! But here’s one of me wearing too much black standing next to….. ! 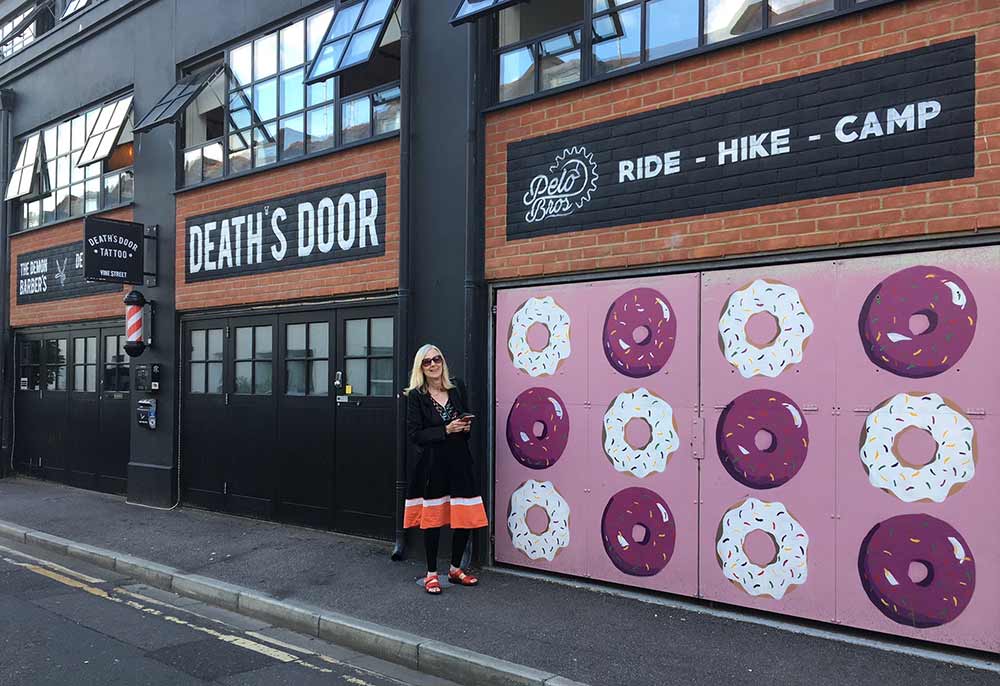 I just love Brighton graffiti! And so does Mr Frugalfashionshopper! 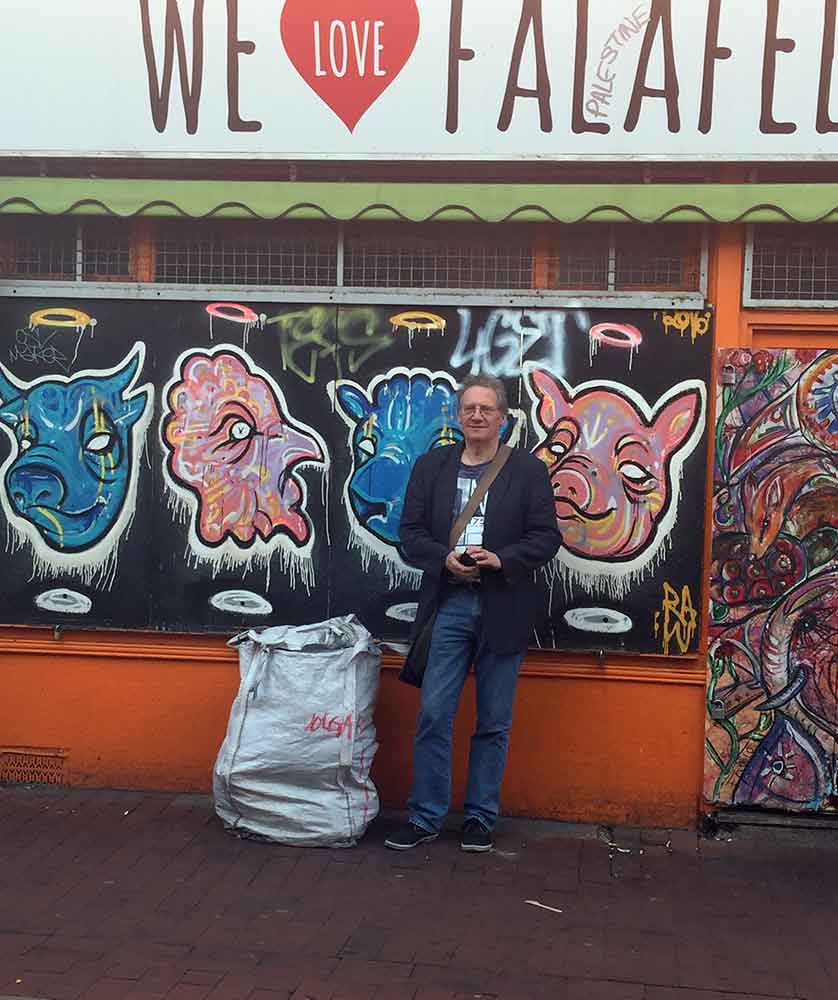 We just know that it has been such a good decision.  But there have been consequences from moving and not the least, there is the physical side, and the damage you do to your body from all that hard graft of packing and unpacking.  Someone I know who also writes a blog said it took several months to recover from the move.  I believe her! And unfortunately, I’ve made things worse as twice I’ve stubbed my toe on furniture that wasn’t in quite the right place – yes, that’s right, I’ve done it twice, on the same toe!  But, it is nothing to do with my age as when I got my foot checked at my local Minor Injuries Unit three people in front of me hobbled in to see the nurse and they were all considerably younger than me!  The nurse, said, ‘not another one!’ You know what?  I have to stop walking around bare foot – that might prevent another incident!

Anyway, there will be a post at some point on keeping fit, as I just know I need a class as well as doing the walking, which I do a lot when I haven’t got a poorly toe.

26 thoughts on “Furniture and stuff”