It’s the last week of my holiday and I’ve started packing.  And I’m sorry to tell you that the hot weather clothes didn’t get much of an airing as it’s been one of those years when the weather in France has been quite cool and wet.  Never mind, it’s still France and we’ve had a lovely time.  I’ve also done a wee bit of clothes shopping, some of which was frugal and some not!  More about the shopping in minute.

But first, I want to tell you about a blogging friend, June (who lives some of the time in France) who wrote a great blog (do have a look) on whether there is such a thing as a chic French style.  Catherine of Atypical60 joined in the debate and the conclusion was that the idea of French ‘chic’ is blown all out of proportion.

Here’s my view.  What I noticed is that French women have a dress sense that is both simple and stylish.  What I especially noticed was that I didn’t see one woman in a pair of black trousers and especially those that are wide and flappy. No, women of all sizes (seriously, all sizes) seem to wear skinny jeans that are slightly cropped.  These are worn with a white plimsoll, sometimes with a short sock and sometimes without. They might then wear the ubiquitous striped top, plus a short Trench over that.  But just like anywhere there are differences between country towns and cities.  I saw a lot more women (of all sizes and all ages) wearing the skinny jeans in Toulouse than in the small town I spent much of my holiday.  But  it was definitely a ‘look’ that a lot of French women had and I admired its simplicity and style. To celebrate that look I bought a pair of jeans in Galeries Lafayette plus a beret. 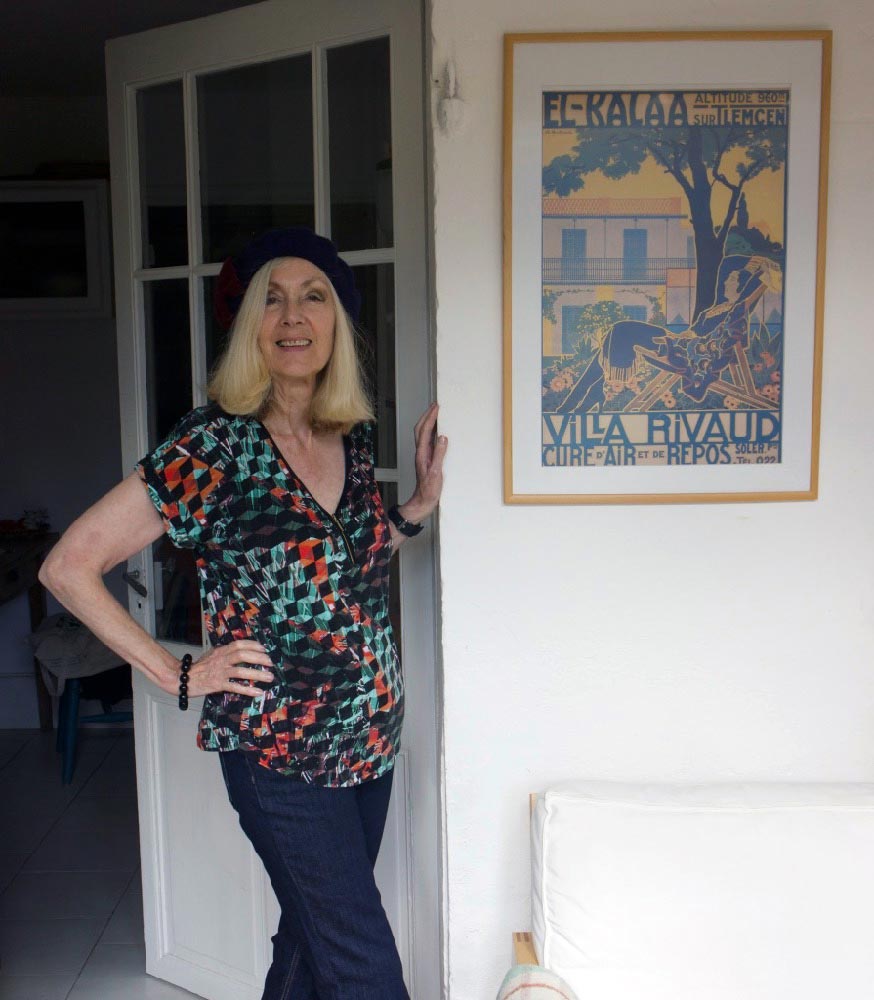 The beret’s navy and has a purple flower on the side. And the blotches on my arm are the remnants of mozzie bites. 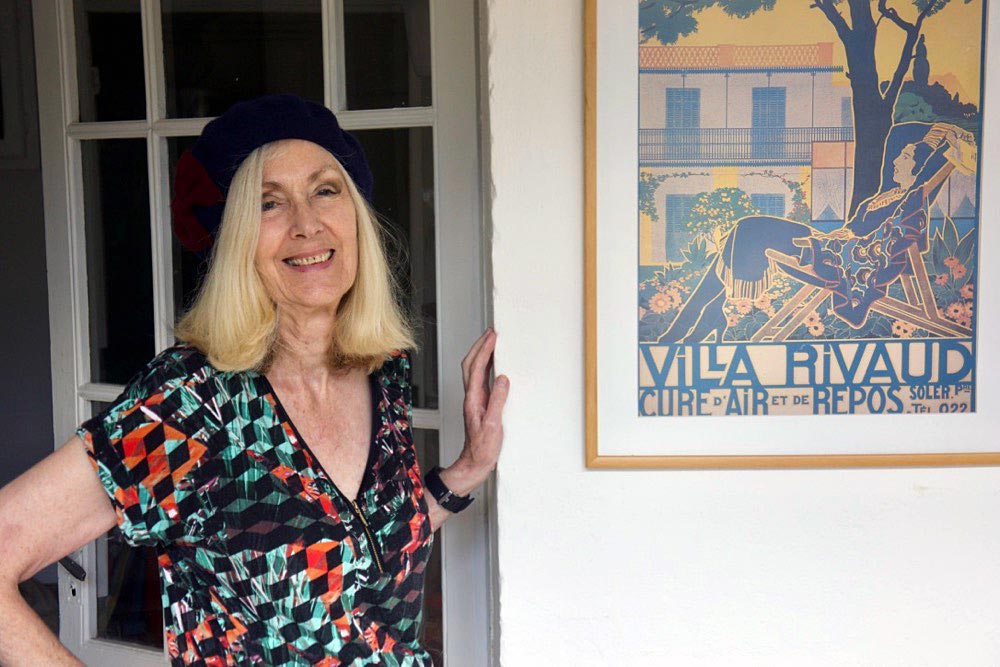 Mind you, what I’ve also noticed is that the price of clothes in France is phenomenally high.  Those two items were Galeries Lafayette own brands (rather like buying Debenhams own brand) so they were much cheaper than many of the top-notch high-end brands in the store, but not as cheap as the same items would be in the UK.

Then one day we travelled to quite a small village for their Sunday market (it was Limogne-en-Quercy) and I saw women (mainly older women) wearing clothes that had a great non-conformist almost hippy look, which I greatly admired.  And there in the market square of Limogne I found a brocante (vintage/antique/junk) shop and bought two items of clothing. Well, one was a hat – another beret!  And here they are. 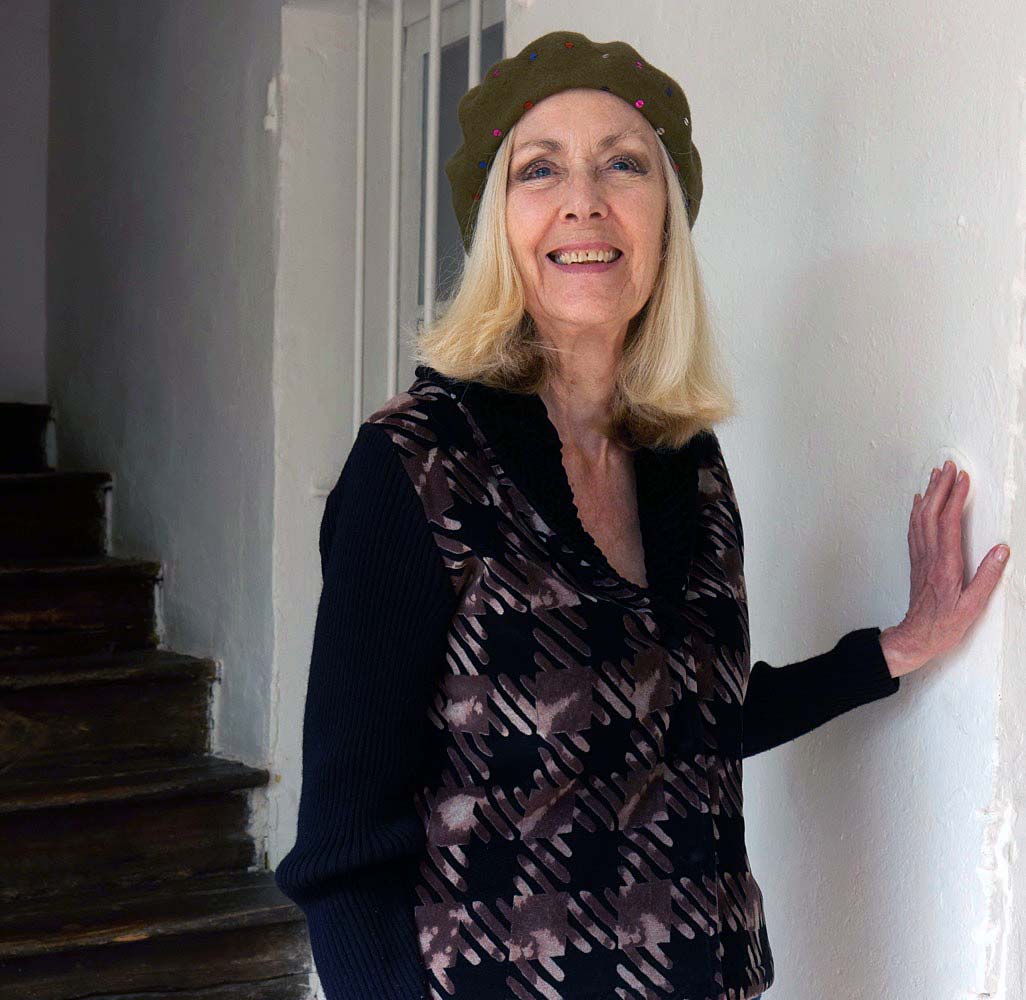 Can you see the sequins!  And these items were not half the price of the jeans and navy beret, they were but a fraction of the cost (5 Euros for the hat and 6 Euros for the jacket).  The jacket I totally love and will wear a lot this Autumn. You know, I’ll just have to visit that shop next year!

Actually, I have so not been wearing stylish clothes on this holiday.  I wore just one of my dresses (unlike last year it has not been all that hot). 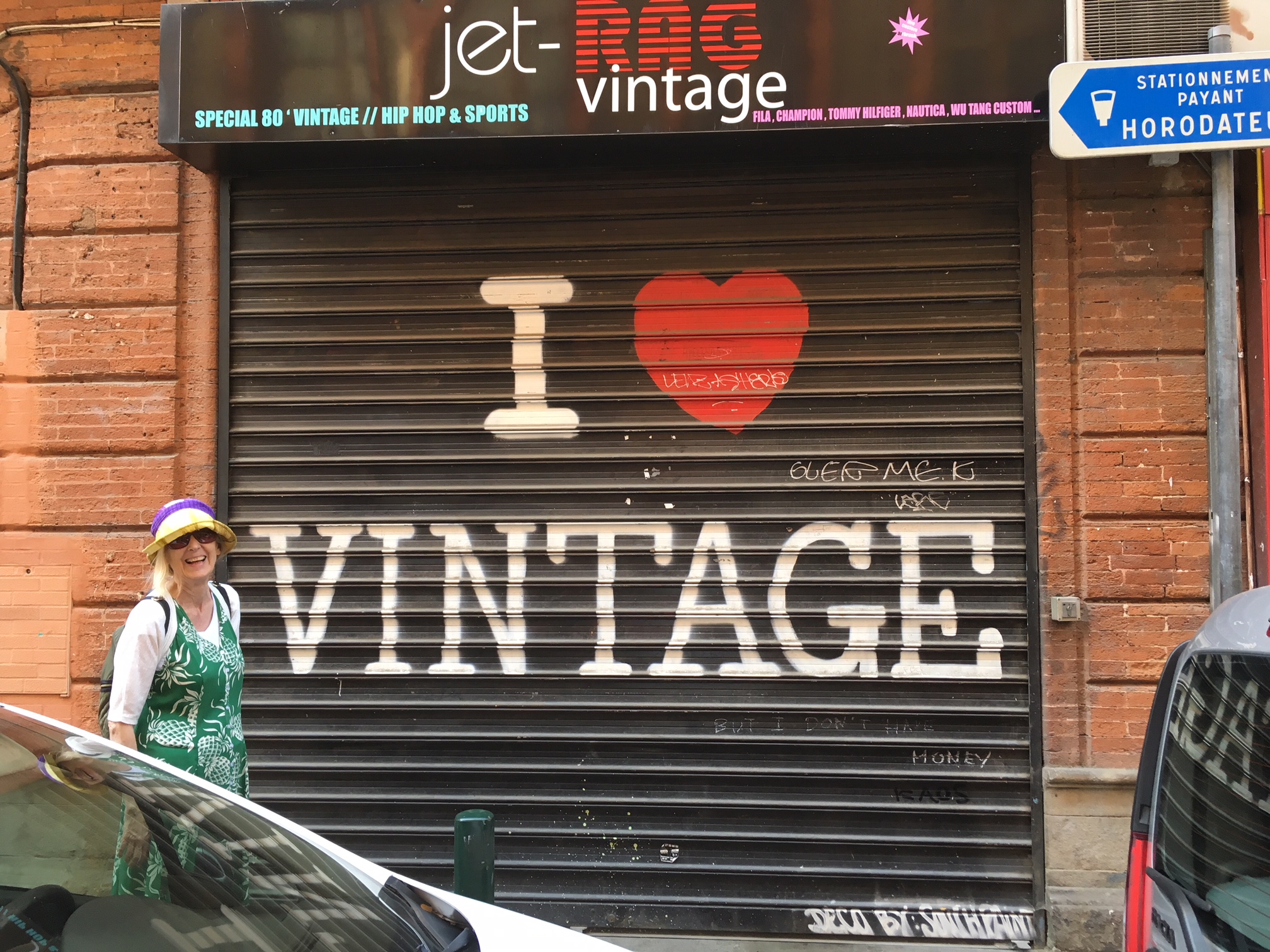 This was on one of the few hot days we’ve had. 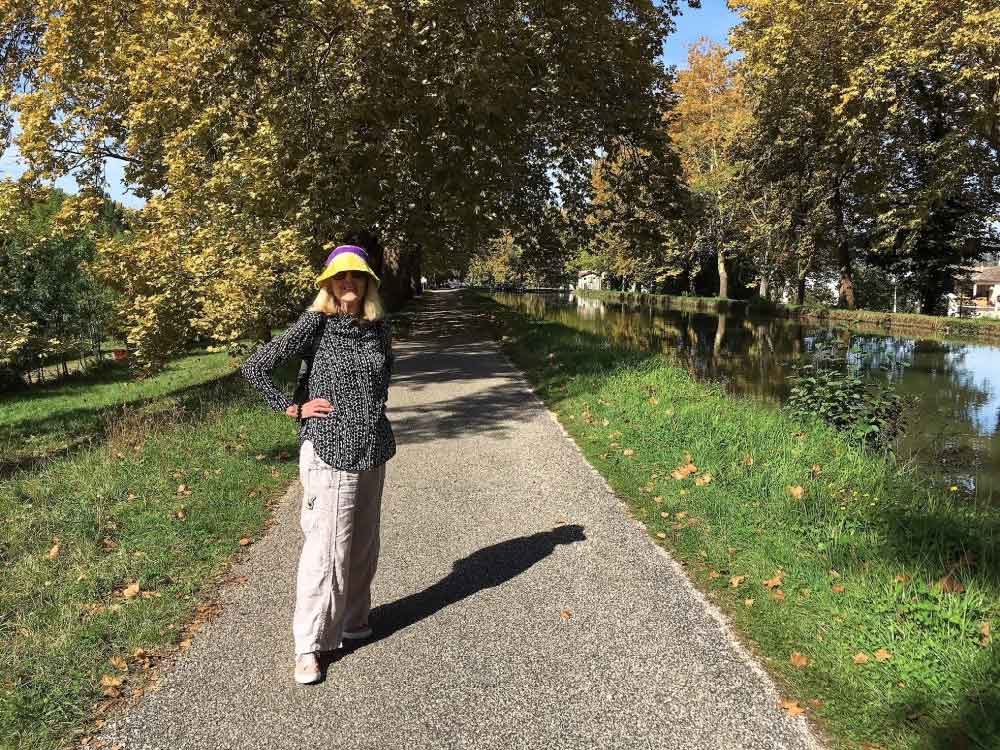 It has been absolutely essential to cover up because of those pesky mozzies – must have had over 50 bites by now!  As someone said to me, “c’est an annee exceptionelle“.  Hmmm.  Never mind, we’ve had lovely time. But back to Blighty at the end of the week. Nice!

Judith of StyleCrone and her October #hatattack session

Catherine of Not Dressed as Lamb and her iwillwearwhatilike share

Nicole and the Ageless Style linkup