I can’t believe it – this is the 5th season of our film society.  We showed a wonderful French film, La famile Belier, which is set in a village not far from Paris and is about a French farming family whose members are profoundly deaf, apart from their one daughter.  She finds that she can sing and the film is ostensibly about how she manages to move on from being her parent’s interpreter and get to a music school in Paris.  But there’s so much more to it than that.  It’s very funny with many hilarious misinterpretations between those who hear and the deaf parents. Yes, you laugh, but you’ll also cry as it’s quite poignant in places.  You’ll love it, well our audience did, as they gave it a long round of applause and a 95% approval rating.

I wore a skirt I’ve had for years bought in a sale for a ridiculously low price (which I can’t quite remember, but it was under £10)  plus an old, no-sleeve top as I was so hot from all the things we had to do.  Yes, it was our Annual General Meeting before the film and phew we were so busy with that.  Look closely, because, out came those black boots (£25) now also into their 5th season! 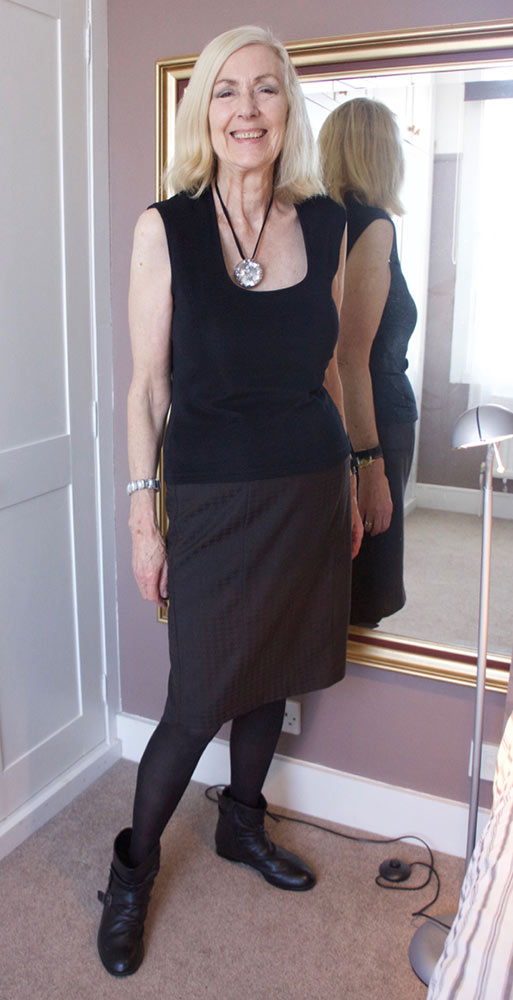 As you can see I’ve gone back to my usual fish-white colour. I’ll have to sort that out for my January holiday!

The skirt is asymmetric with a tail and some lovely detail at the back. 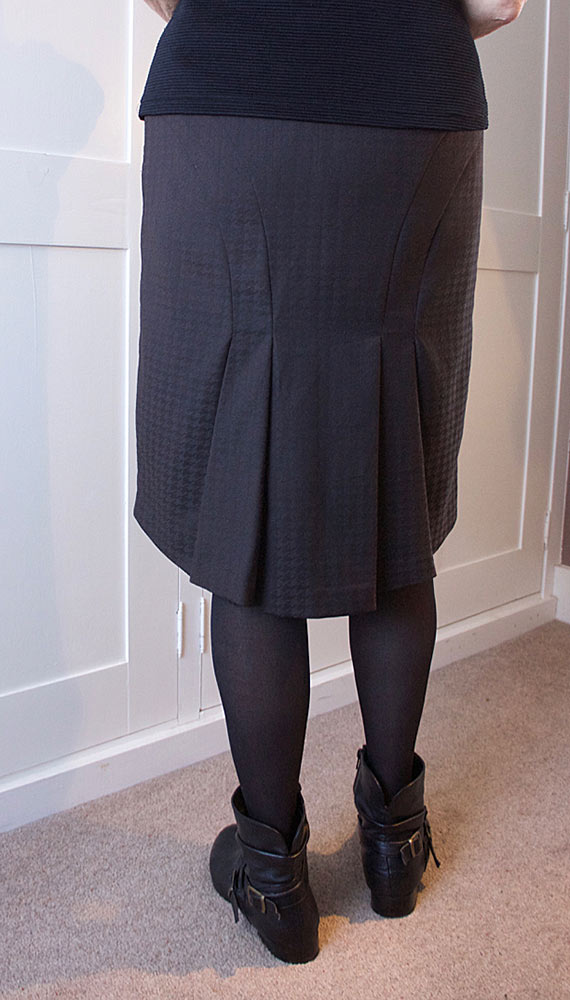 The most expensive item I was wearing, at £30, was that wonderful sparkling glass necklace – my mantra is be bold when wearing accessories. 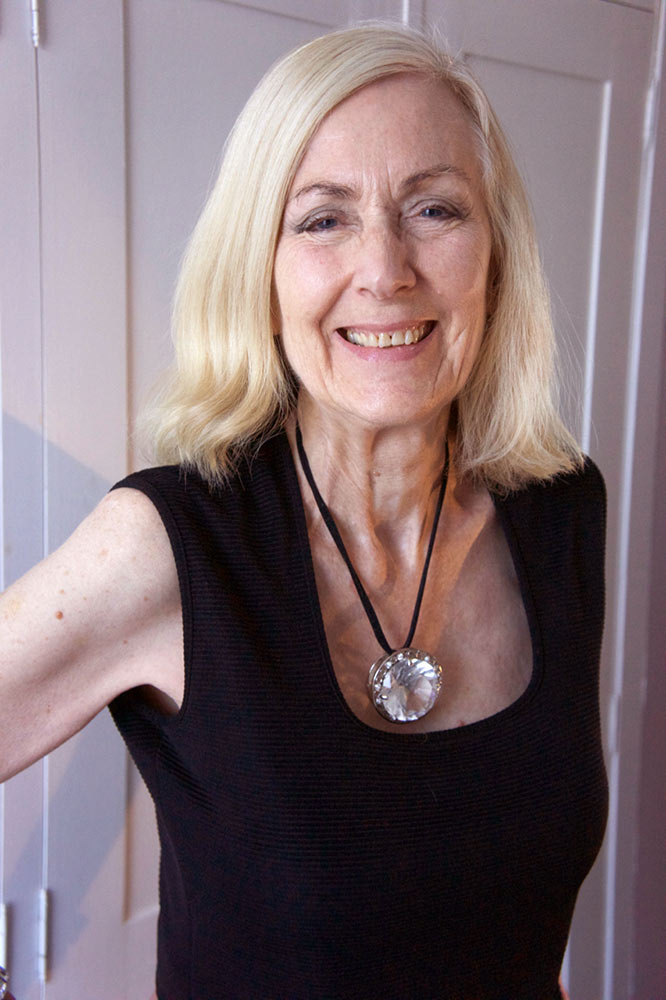 And I’m now going to say something about retirement!

Look, it took me ages to adjust to not working when I ‘retired’ at 60 (yes, I could do that, just, and no I don’t have a large pension) because I was so not ready for ‘retirement’.  What was I going to do?  I was not ever going to be like those retired types who go on holiday all the time.  How boring, I thought.

To cut quite a long story out about that adjustment, Mr Frugalfashionshopper and I didn’t retire. I shocked one of my friends when she said I must be doing a lot of gardening now.  No, I said, I garden only on a Sunday.  But why ever not, these friends chorused, you’re retired? But actually we’ve never stopped ‘working’ albeit in a predominantly unpaid capacity. I sit at my desk and if I’m not working on film society stuff, I’m writing, or reading and researching my political posts, or doing some other kind of work related (officy-type) work.  I don’t know how to not work, and neither does Mr Frugalfashionshopper who himself does even more of this unpaid work and sitting at his desk than I do.  But you know what – funnily enough I am now ready to spend more time on holiday!

Actually, I won’t stop the writing (ever) as that’s not work to me. I’m rather of the Alan Bennett persuasion that writers never retire, but I definitely want to stop the stuff that comes with loads of responsibility.  Because, dear readers, I want more time to rant on both blogs about the NHS and the paucity of radical thinking within it, plus the ghastliness of Brexit with our know-nothing politicians who are so not in charge (on My Other Blog) and on this blog I want to continue to be as frivolous and frugal as I can be whilst still being stylish into my 80s and 90s.

And finally! One commenter on my Toulouse hat post said our friend Chris looked a little like Jack Nicolson.  Actually, when he was younger he was a dead ringer for Mick Jagger.   Can you spot both Chris and Mr Frugalfashionshopper in this pic below? 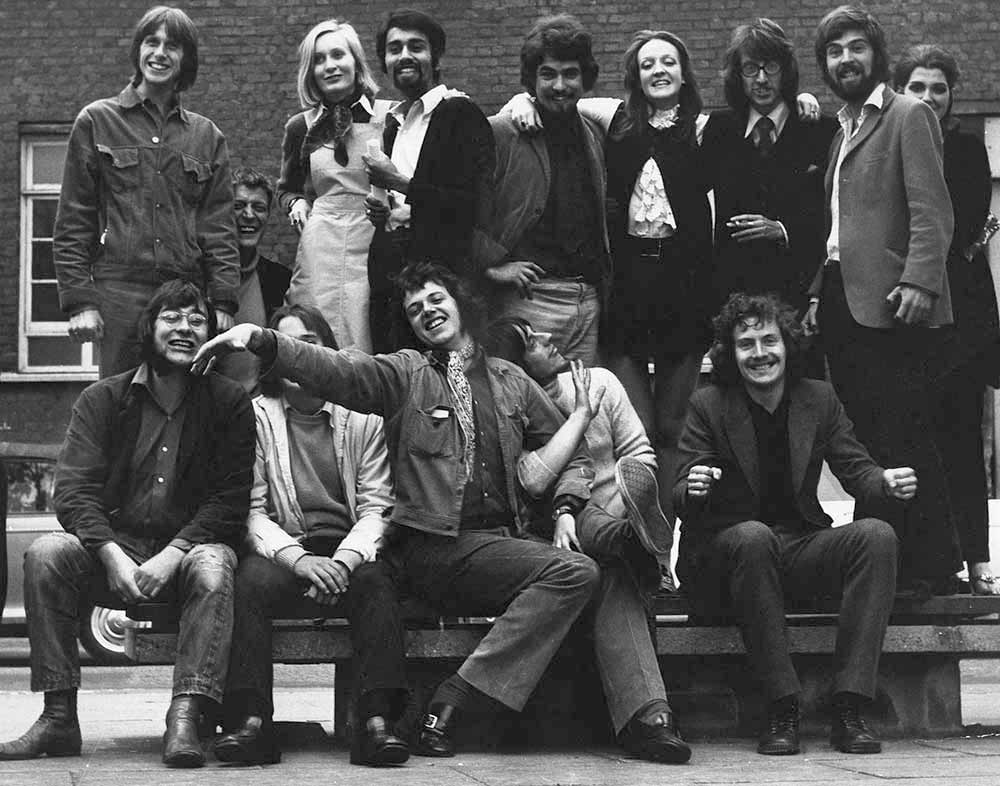 P.S. And sharing as per usual with Catherine Summers and her #iwillwearwhatilike session