Here’s another quick and easy post featuring the outfit I wore at the June film screening. 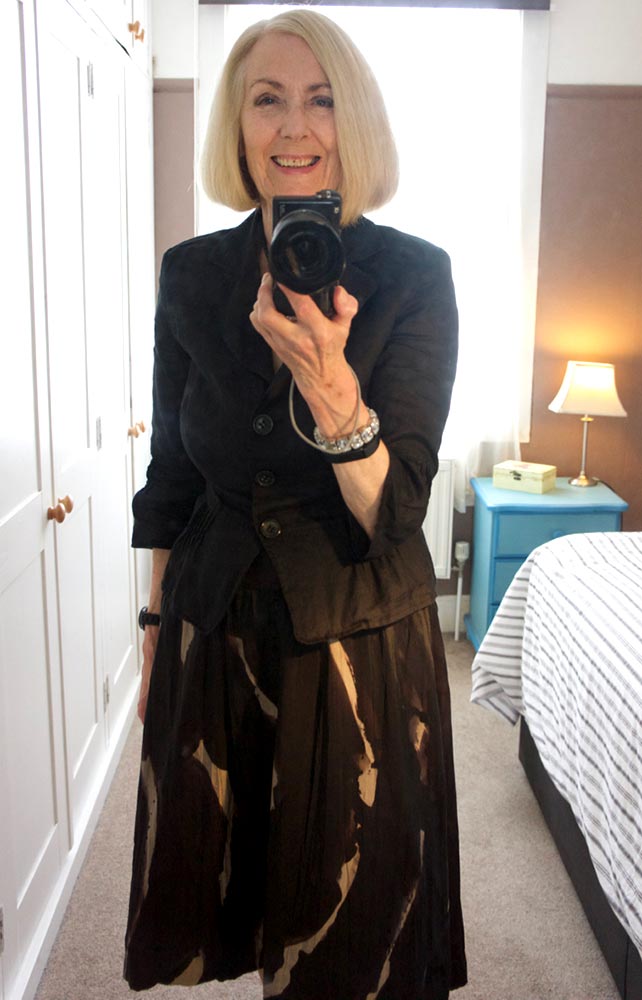 This month’s outfit consists of a John Rocha silk skirt (bought in my  local charity shop for £3.99) plus a thin linen jacket that I got last year for £10 (in a sale) at Snape Maltings in Aldeburgh, Somerset.

What the photo hasn’t picked out is that there are tiny beads scattered throughout the skirt that sparkle and flash as you walk, and I matched the sparkles in the skirt with my sparkly charity shop flats that I bought some time ago. 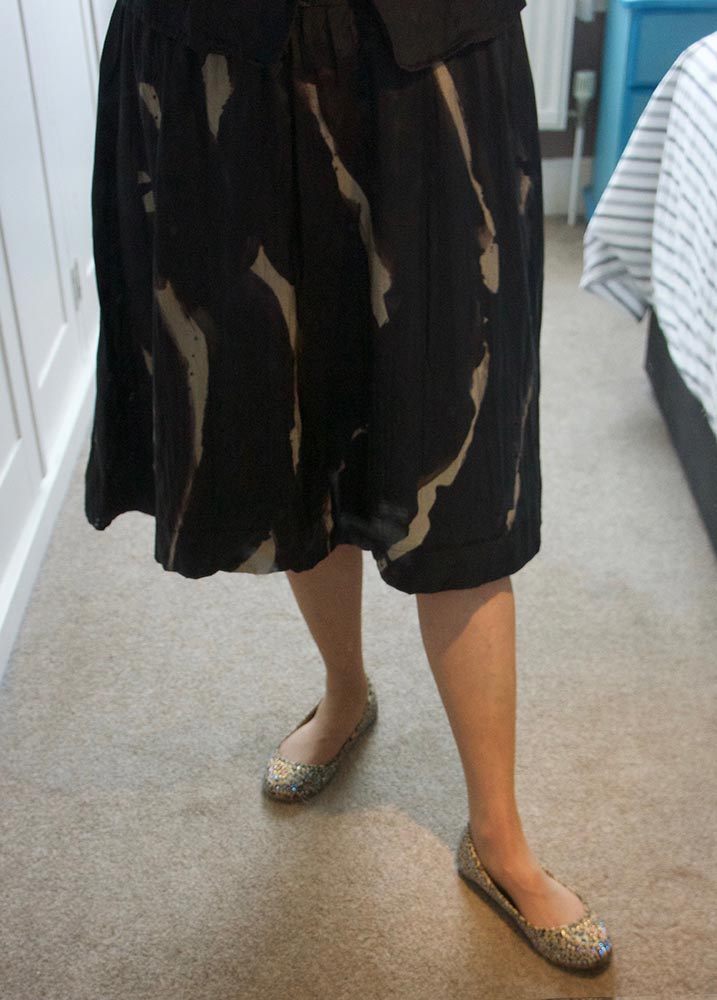 I seem to have weaned myself off wearing the chunky boots!  And yes, the outfit is still a bit black, but that’s because I need to look reasonably business-like on film night.

The film we showed went down well with  our audience.  It was Dark Horse, which is a documentary that tells the tale of people in a tiny, somewhat run-down, village in Wales successfully breeding a race horse that went on to win several important races.

Now you’d think, wouldn’t you, that this wouldn’t satisfy a sophisticated audience like ours (we are, you know!) but it did.  This was because you can watch this film on so many levels: it’s a straight-forward story about a horse; it’s an insight into our class system; it’s tale of plucky people defying the odds;  it’s a further insight into the neglected and underprivileged areas of our United Kingdom (hmmm – I say that with some irony now!).  At whatever level you look at it Dark Horse was a feel-good film for a Saturday night and our audience,  I’m sure, would highly recommend this film to you.

P.S. The piece for My Other Blog (on the result of the EU referendum) is in the process of being written, and will appear asap and, definitely, next week.