I’d forgotten how short this month is!   Just one more day then it’s the first of the month and I still haven’t put up the outfit I wore on film night.  It was another successful screening, btw, with nearly 80 people present.

We showed a challenging film, ‘Ida’, yet it still got a good rating coming in at 3rd most popular at 81%.  That’s the same ranking as ‘A Little Chaos’ albeit the two films are so very different.  A Little Chaos had the wonderful Alan Rickman directing and starring in the role as Louis XIV.  I enjoyed Rickman’s film, and so did our audience, but the critics seemed to really take against it. Rotten Tomatoes said that it was “stylish and well-acted without ever living up to its dramatic potential…” That’s a bit harsh, in my opinion, and anyway it’s a fitting film for Alan Rickman’s last appearance – he’ll be much missed.

Meanwhile, Ida, set in Poland in the 1960s, is not exactly a film to ‘enjoy’ as it’s the tale of a novice nun finding out about her birth and origins.  No, she’s not a Catholic but a Jew and, along with her aunt, she takes a road-trip to find out more about her parents and her family.  It’s a haunting film, but for me and, I think, the audience it’s an insight into another time and another country.  Above all, the cinematography is beyond wonderful, and every shot is framed in a cold, austere and severe beauty.  A film to watch and reflect on as it’s a compelling, superb masterpiece.

I wore black as per usual, probably the best thing to wear considering the film. 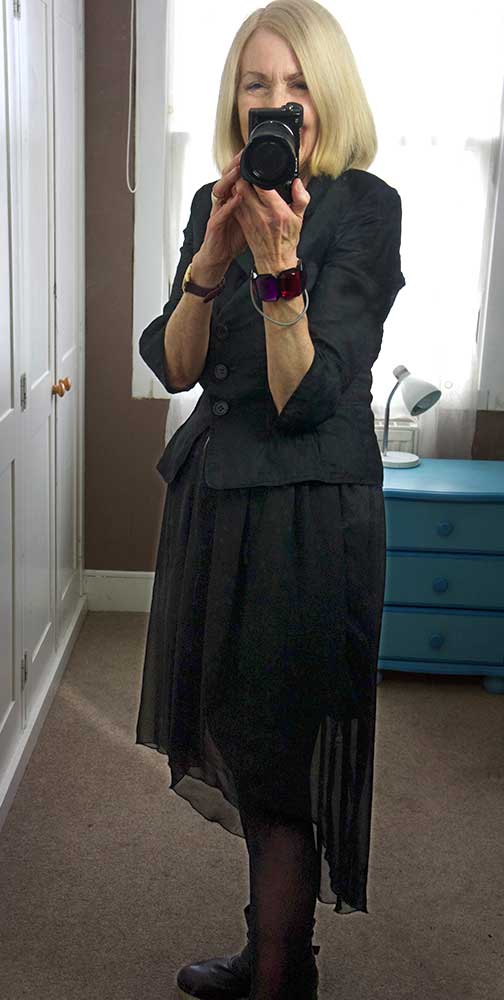 The skirt is a recent buy and has this amazing hemline.  The photos don’t really do it justice as it swirls around as you walk, and note the front zip. And such a frugal find costing only £2.95. 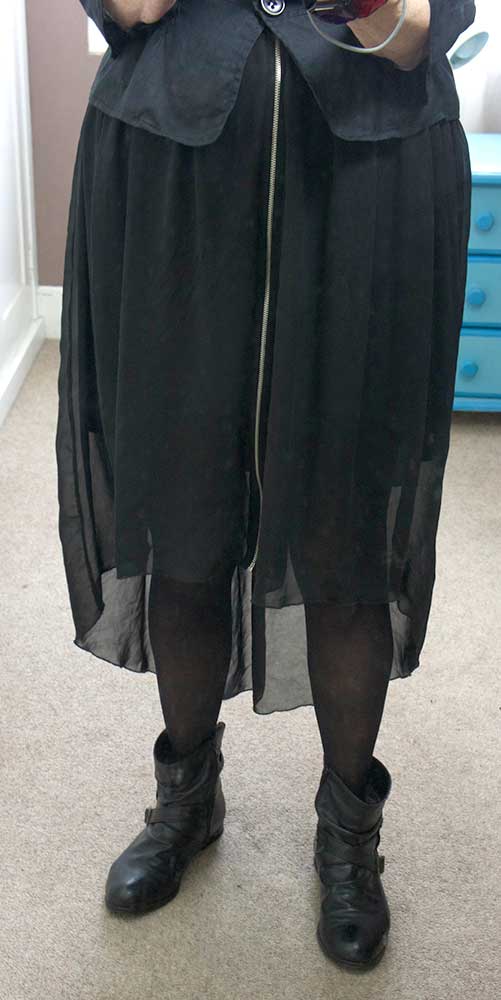 Might try a bit of colour though for the next film, Pride, which, in complete contrast to this month’s film, should be fun.

P.S. Ida won Best Foreign Film at the Oscars last year.  I see Mark Rylance won Best Supporting Actor this year – what a scene stealer he was in Bridge of Spies!  Rather reminds me of Alan Rickman and how he stole the show in Robin Hood: Prince of Thieves with his depiction of the Sheriff of Nottingham.

P.P.S. And today I’m sharing with Catherine Summers and her #iwillwearwhatilike session