Gosh, film night, that’s come round super fast!   I posted my November outfit only a couple of weeks ago.  But I was a bit late for that post, and in December we hold our film screening on the 2nd Saturday instead of the 3rd because of all the things that happen around Christmas, so yes, it has come round quickly!

Inevitably our ticket sales go down because of the timing.  People are at office parties or have family commitments, but even so December’s film, Selma, starring David Oleweyo, got very high ratings.  The film tells a gripping story of the march from Selma to Montgomery led by Martin Luther King.  And while it wasn’t exactly a film to be ‘enjoyed’ an overwhelming majority (as in nearly all) of our audience gave it an “Excellent’.  Personally, I think it was a shame it was ignored by last year’s Oscars as it’s an outstanding film.

Anyway, enough of that.  What did I wear? Well, I can tell you, it’s one of the cheapest outfits I’ve bought from a charity shop in a long time. 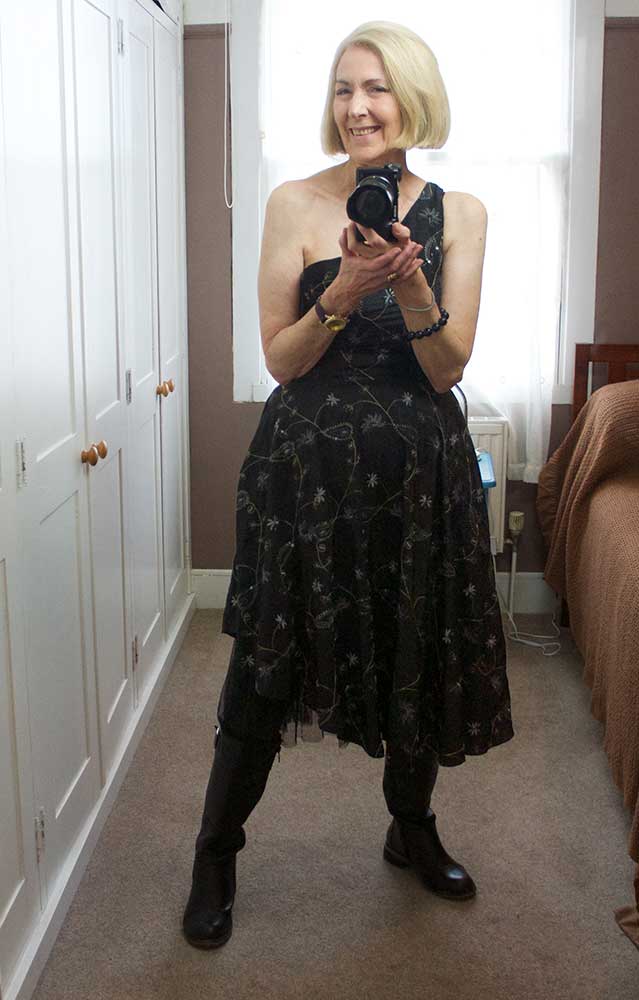 It’s a great little black sequinned and embroidered party dress that has an asymmetric hemline with a taffeta frill peaking through on one side. 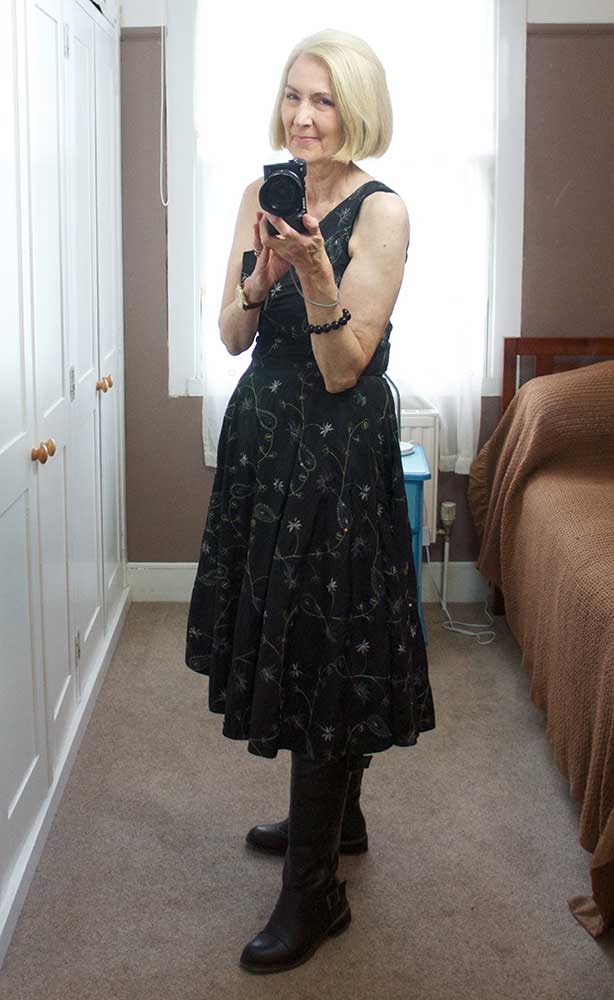 I wore it with my boots bought around a month ago. But, even though it’s unseasonably warm for the month of December, I didn’t go around bare-armed so I topped it with my faux leather jacket. 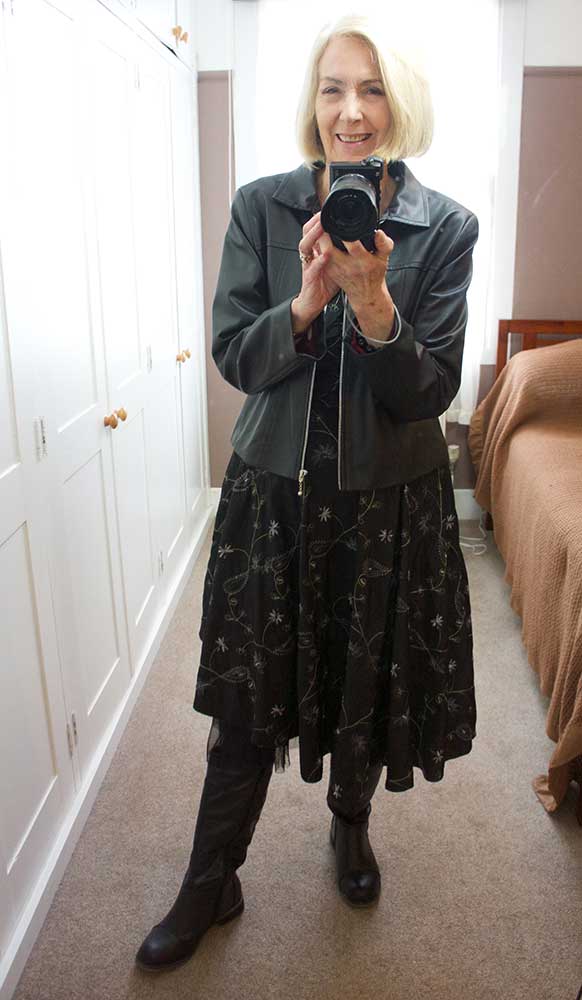 What I’m doing here is channeling my biker-rock look, which is what every nearly-70-year-old should do, I think!  Oh, and the dress cost all of £2.50!

Do tell me what you like to wear to slightly shock and/or feel defiant as you age!

P.S. Sharing with Catherine Summer’s blog Not Dressed As Lamb and her #iwillwearwhatilike weekly session. The theme this week is ‘Christmas Party Outfits’.  Well, I think the little black dress I’ve featured is surely a party outfit and a half!