It’s nearly the end of February and I haven’t told you what I wore at our regular film night, which I will.  But this blog is not always about fashion.  In this post I want to talk a bit about volunteering – do you volunteer?

You see we’ve run our local film society with the help of a great band of volunteers for 5 seasons now.  By October it’ll be our 6th year of doing this.  That’s without fail we’re there on a Saturday night (starting at 4.0pm for us) for 10 months of the year.  People, we’ve had enough.  We’ve run out of steam.  More importantly, we want to put our energies into other stuff – while we can.  Note my age!  But I still have plans, goals, ambitions even, and so does Mr Frugalfashionshopper.  I want to move on.

So, we need someone else to run this lovely and, may I tell you, very successful film club, which isn’t by the way, a membership thing, which I always think a tad excluding.  No, it’s open to everyone in the community and beyond.  Actually, there are audience members that travel a long way to get to film night, which is amazing.

And I’m telling you this because you may live on the other side of the world, or at the other end of the UK.  And you may not want to run a film society. But do you know anyone in the Brighton, Lewes, Seaford, Eastbourne area who’d like to take on this great little film society?  This person could put their stamp on it.  They could take it to new directions, new heights, new types of films – what an opportunity!  And seriously there should be new input; it’s healthy.  It shouldn’t be the same old, same old, including the same old people (ha!) who run it!  And by the way, we don’t want anyone offering to ‘help’.  Because we have loads of help.  Lovely people help all the time.  No, it’s all about someone who’d take responsibility and run the thing – and there is a difference!

Btw, we have told our audience and the 250 people on our mailing list, plus we have advertised everywhere including national volunteer websites.  But anyone local to this blog – are there are any networks we could get into to advertise our film society?

The thing is, I think we’re at the end of the great swathe of people in the UK who retired at 55.  And the working environment of today is a harsh one – working people may well think twice about taking on such a commitment.  And with the retirement age here in the UK nearing 70, you also might not want to take on a new venture. Which is why I’m asking all of you reading this blog – you might just know someone who would do this.

Another thing.  If you’re running a film society it’s not about putting on your favourite films.  No way.  We never show our favourite films.  For instance, we’ve just watched The Equaliser on Netflix – what fun!  Would we ever show it?  Never!  And science fiction – I love all science fiction films but it’s taken 5 years to show our first in that genre.  More about that in a minute.

No, there’s a science to programming a film society season.  It’s all about knowing your audience and knowing the current film releases.  People often say, ‘Would you/could you show a classic?’ As an example, Citizen Kane comes up again and again, and tbh, I’m bored the minute someone says that.  So we say no, and that’s because it’s easy to show the old favourites, it’s far more difficult to source the films that are current but have slipped under the radar.  For instance, in March we’re showing the documentary, The Salt of the Earth and in April, it’s The Good Lie.  Have you seen either of those two?

But don’t think we’re one of those film societies that show nothing but difficult-to-watch serious films. We’ve just shown The Martian starring Matt Damon, which was a bit of a blockbuster last year.  And everyone loved it. The audience clapped at the end – I get such a kick when that happens.  It got a 92% approval rating and is our second most popular film of the season.

I wore this charity shop skirt bought last year for not a lot. 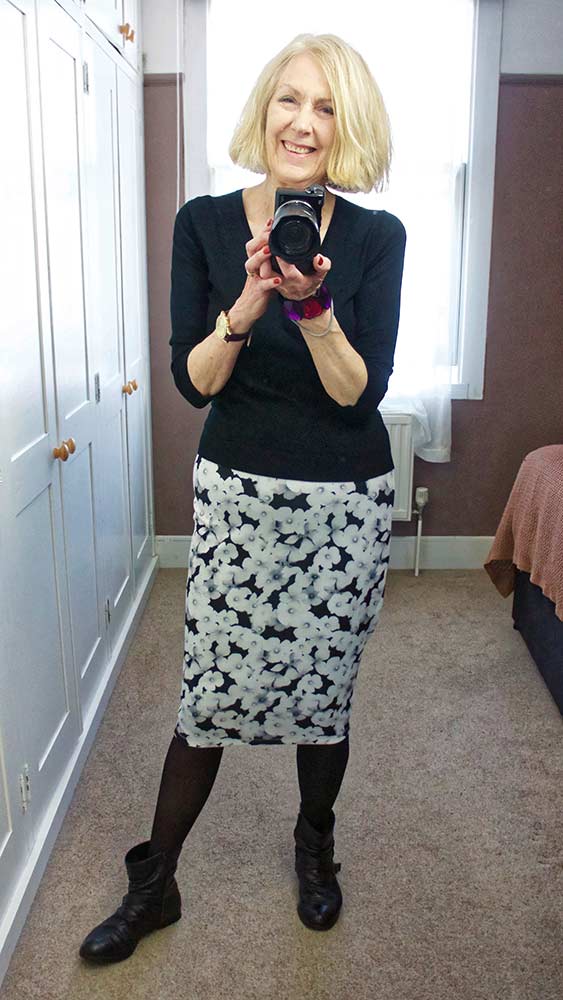 As you can see this is not a current pic (hair’s shorter for a start). I do apologise for showing you old photographs but people I’m trying to sell our house and have been so busy with that.  New pics will be taken for the next post!

Also I’m wearing the skirt back to front!  The skirt is meant to be worn with the zip at the front! 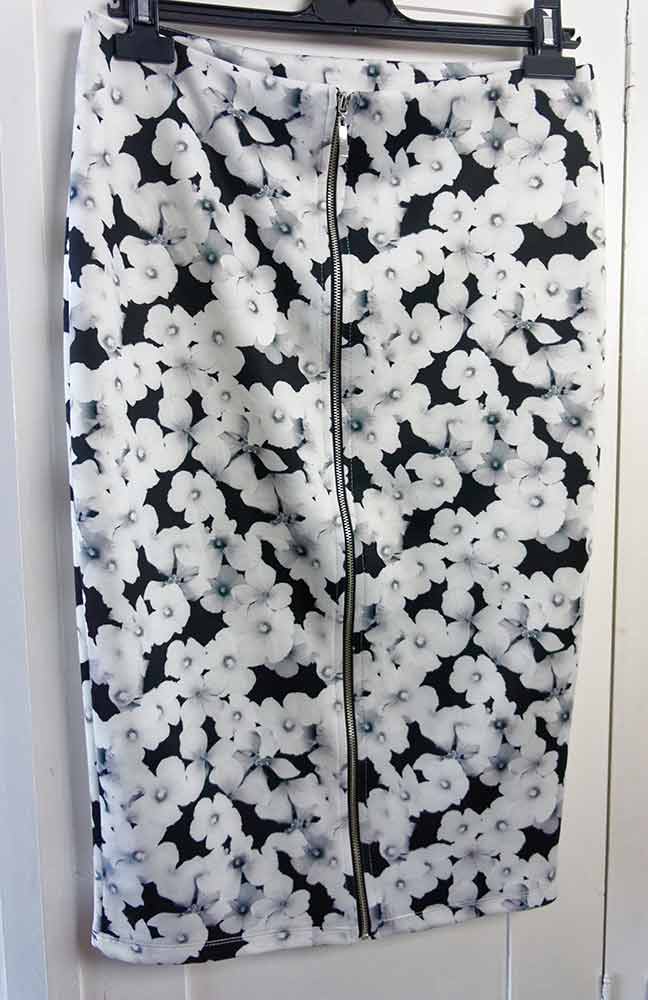 That’s all for now – but don’t forget, do you know anyone who wants to run a film society who lives anywhere in the Brighton/Eastbourne corridor?  We’d be so grateful if you could think about this.

P.S Sharing as usual with Catherine and her #iwillwearwhatilike session