I’m so sorry to have not posted last week – where does the time go!  But see my postscript for one reason why 🙂

Anyway, on this rather grey day I’d like to sing the praises of wearing colourful outer-wear. This is partly prompted by Melania Trump’s canary yellow cape worn whilst she was in the UK, which I thought rather striking, but also I just love to not wear grey or black coats throughout the winter. One of the articles on Melania stated that the yellow cape stood out because once the cold months set in we Brits wear nothing but grey, black and camel. Well, not me. I do have a grey and black coat, but most of my coats are a much brighter hue.

Ah coats. The thing is I would argue that I’m not a shopaholic, no really, I am not, as there are times when several weeks pass when I don’t buy anything even in a charity shop. But coats, ah ha, you’d think that hats were my thing, but actually it’s coats.  And more so now I’ve moved into the centre of Brighton where I walk most days.  So, actually, I do admit to being a coataholic.

This is my latest buy – a green coat. 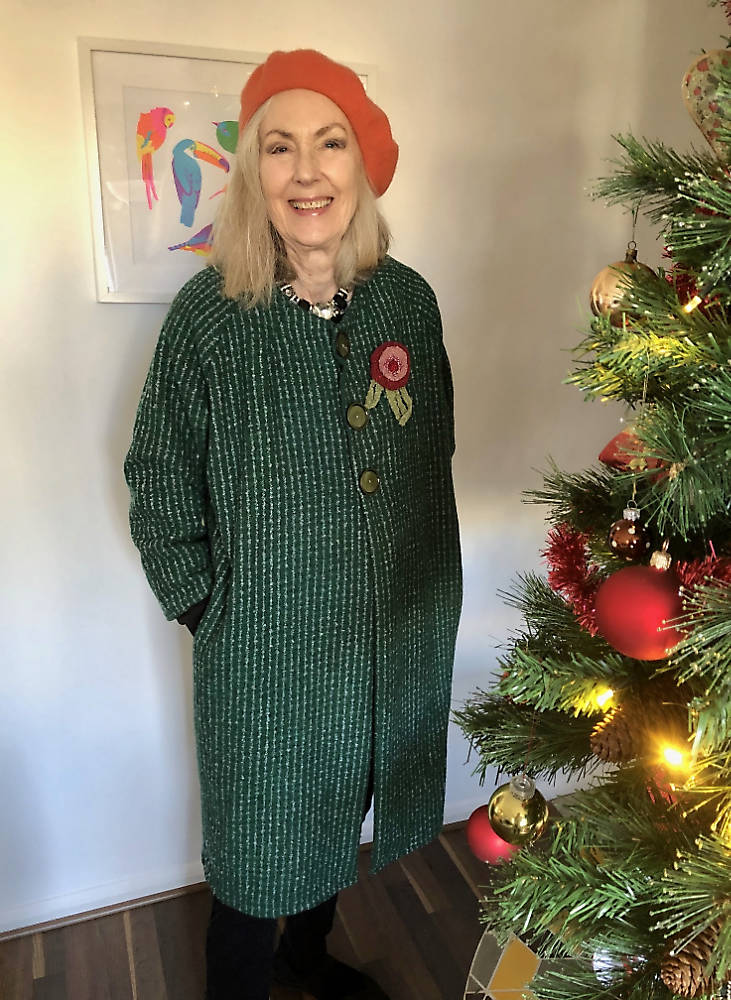 I think it’s fun and it’s quite a retro shape.  It’s also one of the most expensive items in my wardrobe as it cost £30, which is far more than I usually spend on my coats. The most expensive one I had up to this one, apart from the Michael Kors coat below, cost all of £15. I found this one in a local vintage shop and I’ll have to watch I don’t go in that shop too often as actually their prices, for Brighton, are quite reasonable, and I’ll just be carried away by the lovely things there and buy more than I should! Also, usually, I’d say vintage is not a good look for me because once you get to my age a vintage skirt, for example, can look as though that’s the only thing you wear, it’s always been in your wardrobe, and you’re not modern at all.  For me a vintage item can be a huge mistake – but not this I think

It has a matching scarf. 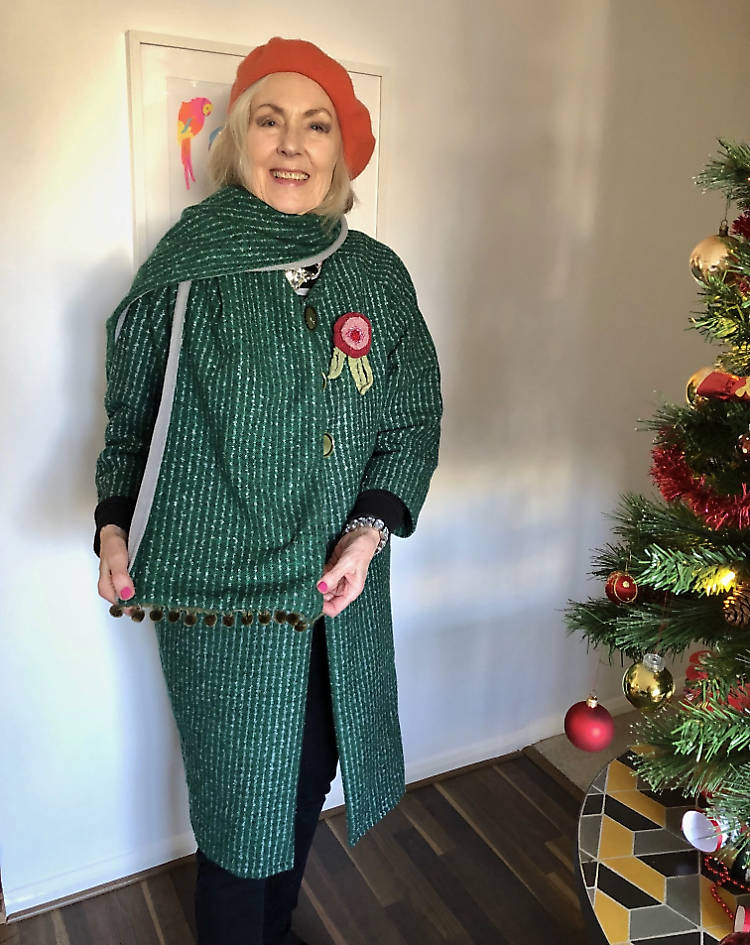 And then here’s the red Michael Kors puffa coat bought at TKMaxx last year in a rain-storm (when the coat I was wearing just fell apart) for a knock-down price of £40 and worn with the recently bought £4 charity shop hat. 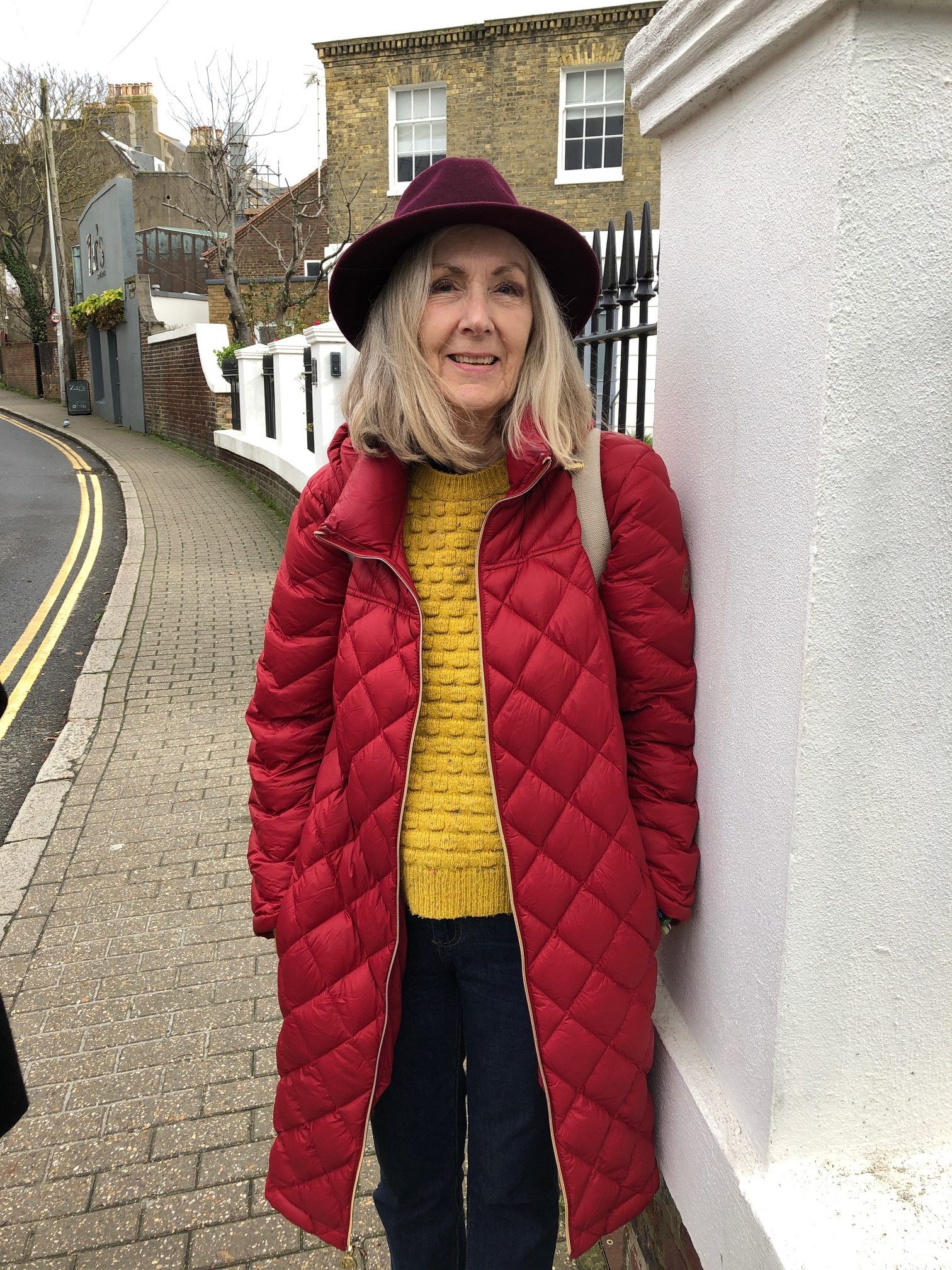 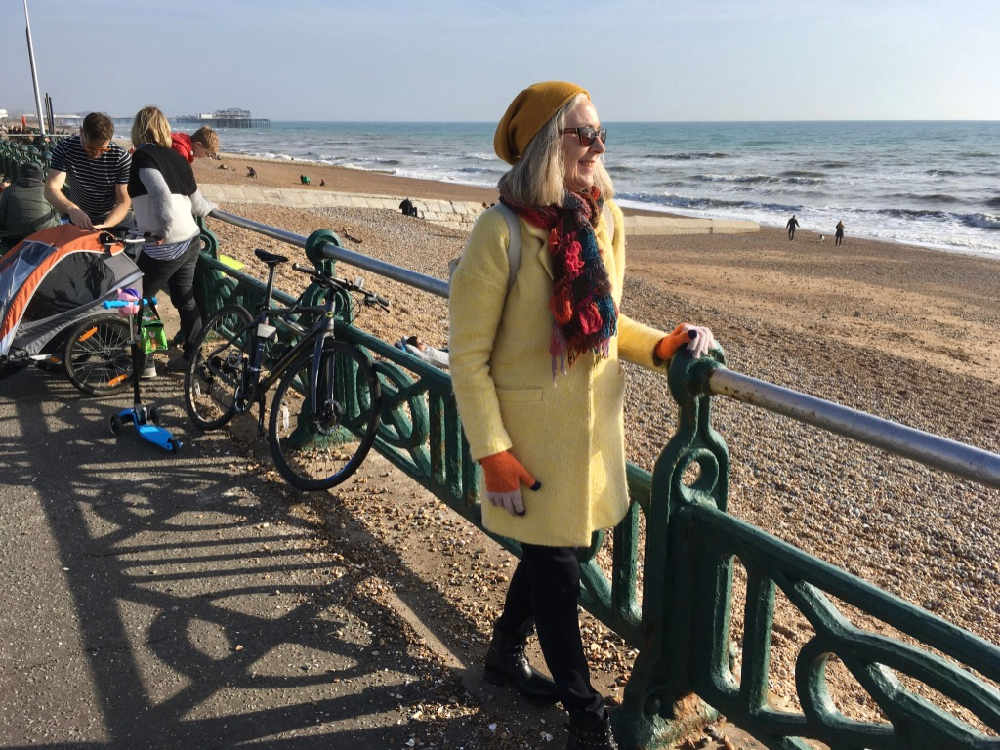 And then there’s my love of orange, which you can see in my gloves above, and below, the cushion in my flat. 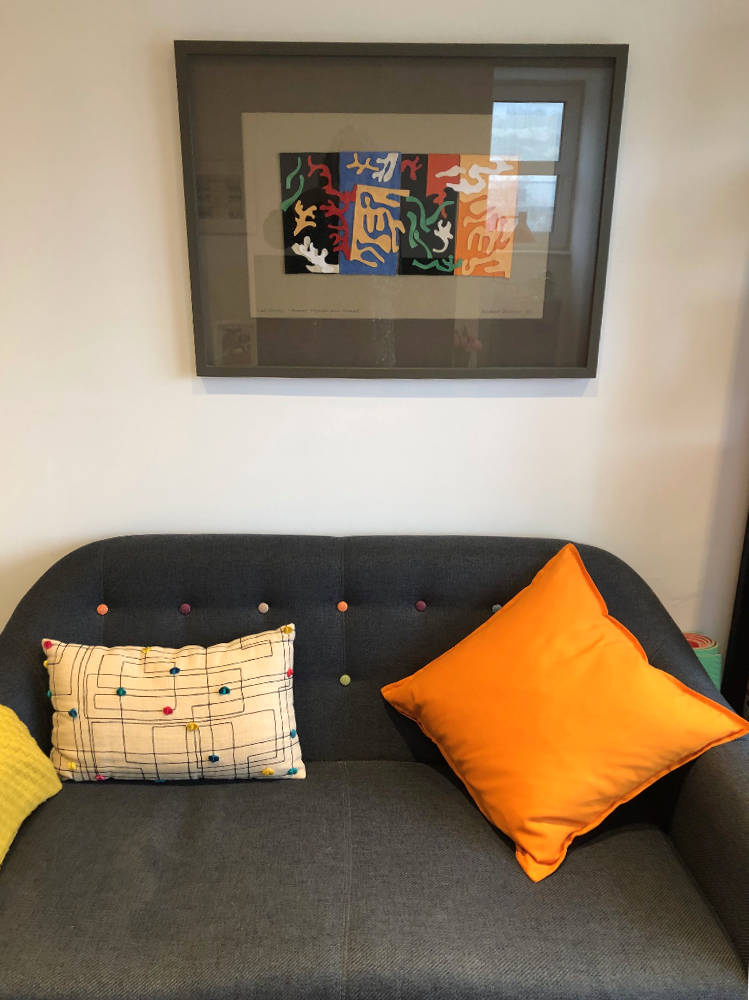 I don’t like settees that make you slouch or sink into its cushions. I like to sit very upright and this settee is great for that.

And here’s my orange coat, which I got for a £1 at a swishing event earlier this year. I paid £6 to get into the event and found 6 items, which included the scarf. 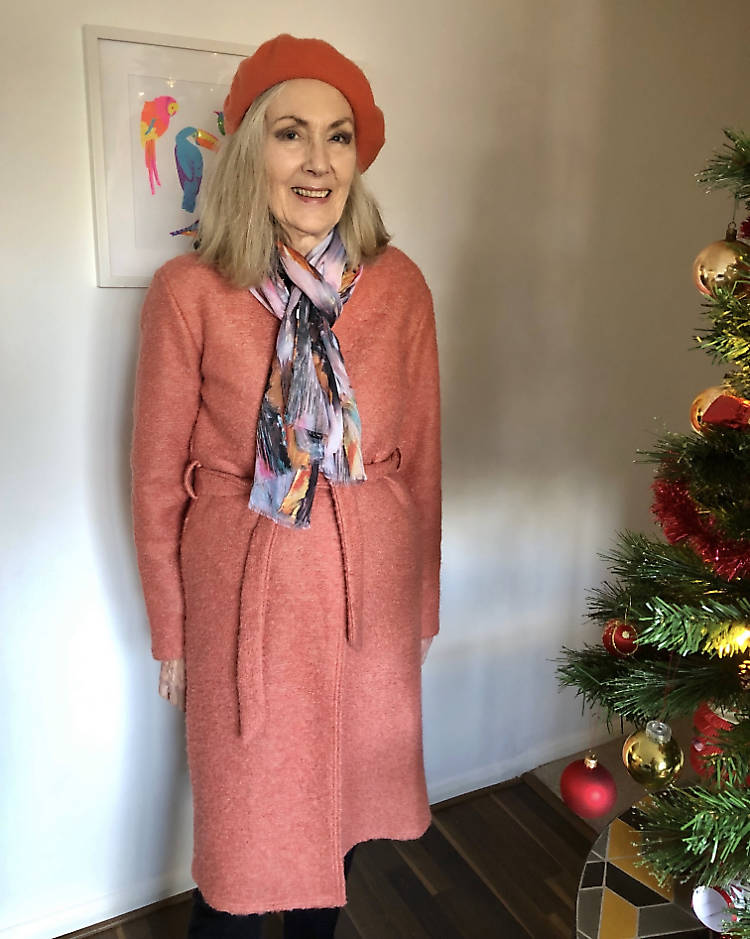 This is very lightweight but I wore it on one quite warm(ish) day last week with my new beret. Yes, gulp, it’s new but I think I can just about count the number of things I’ve bought new on one hand. There was the pair of black studded boots; two bras; one pair of pyjamas; several pairs of M&S knickers; and this beret. Actually, that’s 5 categories of things but even so it’s the smallest amount of new clothes bought, ever, for me. I hope to continue that trend.

That’s all for now, but how colourful do you like to be 🙂

P.S. One of the reasons why I didn’t post was that I wrote elsewhere.  You can find the piece on My Other Blog, but i) it’s about the coming election, so if you don’t want anything political don’t read it, and ii) please, please, do not read if you like Boris Johnson!!!

P.P.S Can you spell Pinocchio?

20 thoughts on “Coats, I love them and especially if they’re red, yellow, green and orange!”