I don’t know if you remember my jackets and jeans post last year but if you look here, you can see I tend to wear short, not-quite-cropped jackets, that, to be honest, often leave me feeling a bit chilly (because I travel about mainly on the bus rather than by car, and standing at the bus stop….) so it was great to have that warm Autumn/Fall weather where I wore them a lot.

Longer jackets haven’t been part of my wardrobe for some time, mainly because I’m very influenced by the current ‘look’ of the day/week/month and long blazer-type jackets didn’t seem right to me.  Also, I really am very good at clearing out my closet so I possessed not one of those longer jackets.

Lo and behold the longer jacket is now apparently making a come-back.  And you guess right, I’ve bought one! 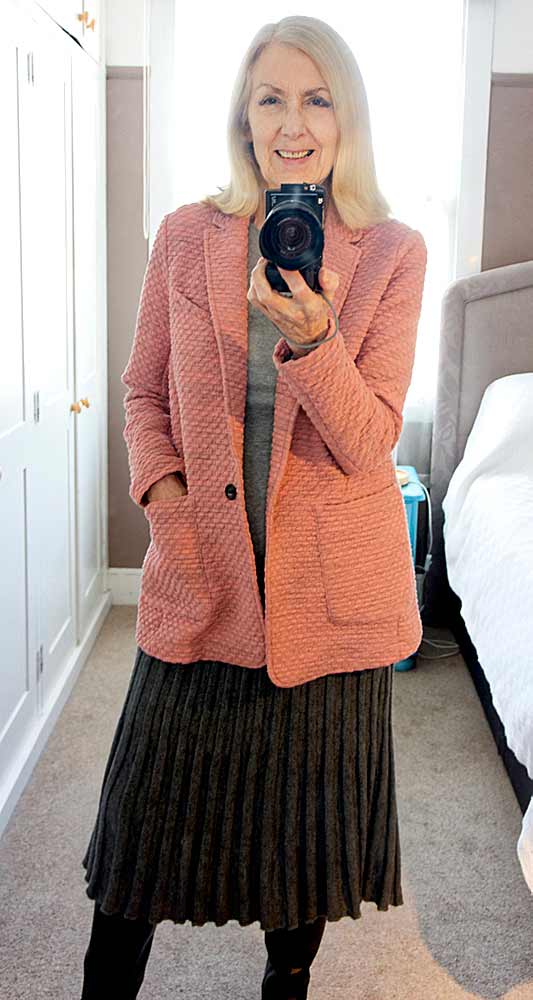 To be honest, looking at the pic, I’m not convinced about the shape.  In my view, a shorter jacket with a nipped-in waist is far more stylish and slimming.  Anyway, I wonder how many of you have a blazer that you’ve either never stopped wearing or kept just in case it came back in fashion?

It just goes to show don’t listen to anyone (and that includes me)!  Instead find your style and stick to it!  And if you’ve got a large enough house with the right number of cupboards/closets/wardrobes, keep those clothes as they’re sure to make a come-back some time!

On other hand, don’t, as it’s quite cathartic to throw out clutter and clothes (more about that soon) and really, I think, no matter what age you are, be aware of the ‘look’ of the day. Because, despite some people protesting about the futility of fashion and saying it’s not for me, or fashion is only for the young (no, it’s not) to a certain extent we all adapt to it or we’d still be wearing mini-skirts (60s), flowery dresses and kaftans (70s) and padded shoulders (80s).  And you don’t, do you?  Or perhaps you do?  (Do tell me, if you do!)

I’ve also not worn a mid-length skirt for some time, as I think a shorter skirt looks good on an older woman, but this grey pleated wool skirt spoke to me and as it cost all of £3.99 I thought why not?

It goes well with the pink blazer.  And both were found in the same charity shop.

Another tip – if you find something you like take it around the shop and find something to go with it, as in, buy yourself an outfit.  In this instance, these two items cost under £10.

The boots, btw, are new and bought in a shoe shop not a charity shop! 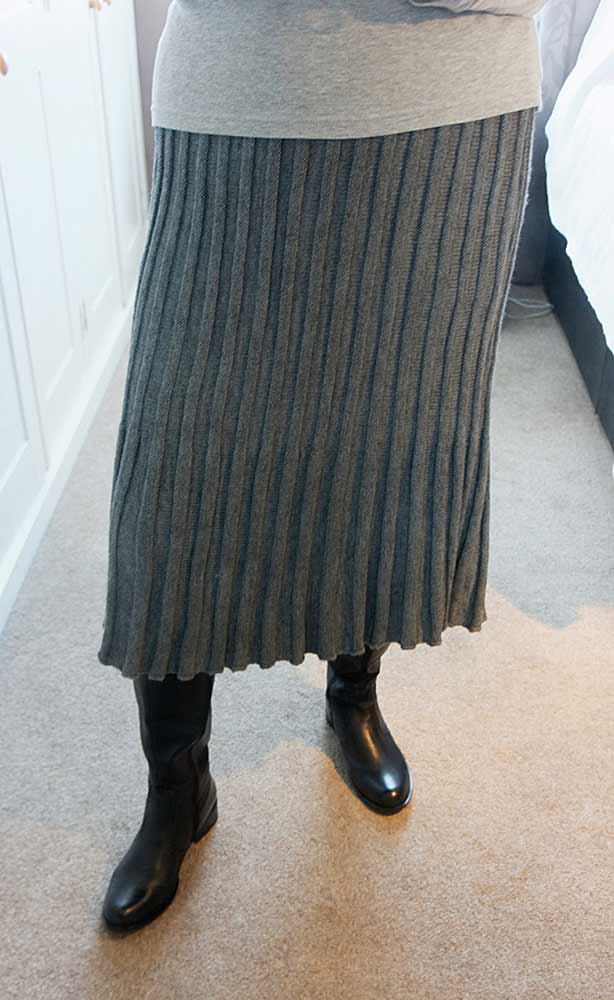 I’ll show them off in another post as they go up to my knees!  I couldn’t resist them and they were down 50% in a sale.  I had looked at them when they cost over a hundred pounds and said, no way, but at half price, yessss!  Anyway, it’s a long time since I bought a new pair of shoes!

Charity shop shopping and looking for those sale bargains – it just makes such financial sense!

P.S. Sharing as usual with Catherine Summers and her #iwillwearwhatilike blog post