I’m back and busily working my way through piles of washing and loads of emails. We had a wonderful time catching up with friends who live in France; one for 30 years and the others 15 years. We flew to Toulouse and stayed with Chris who, 45 years ago, was our best man at our wedding. Here he is with me walking through Capitole in Toulouse. Gosh, look behind me!  That’s C&A! More about the hat in a minute. 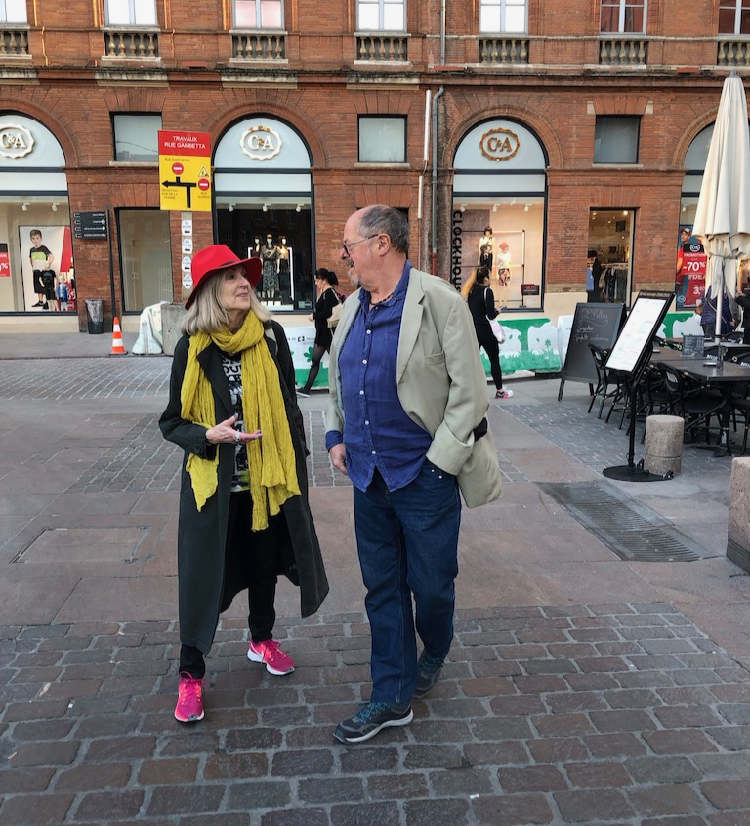 And yes, that’s us 45 years ago at my wedding reception, held, btw, in our rented flat. The amount of money some people spend on weddings. There. Is. No. Need. But I won’t say another word or I’ll start sounding like a grumpy old woman, which I am, of course! Actually I always thought Chris looked a little like Mick Jagger. 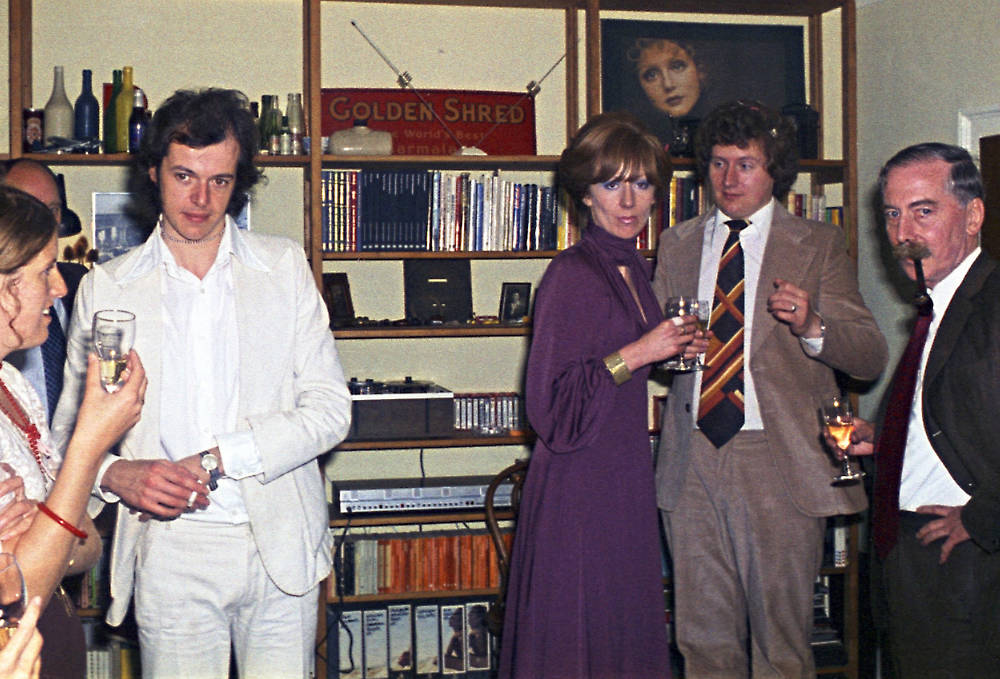 The expression on Mr F’s face!  And as for my father (on the extreme right) I expect he’s thinking who are these long-haired types!

Back to 2019. We stayed over for one night in Toulouse, picked up a hired car the next day and drove to Harry and Jane in the Lot valley. Sadly I don’t have any pics of them but Harry and me were nurses at the Maudsley so that makes our friendship go back 50 years and also means that I’ve known Harry longer than Mr F!  They have a lovely house just outside the village of Lugagnac and have just renovated their little barn. 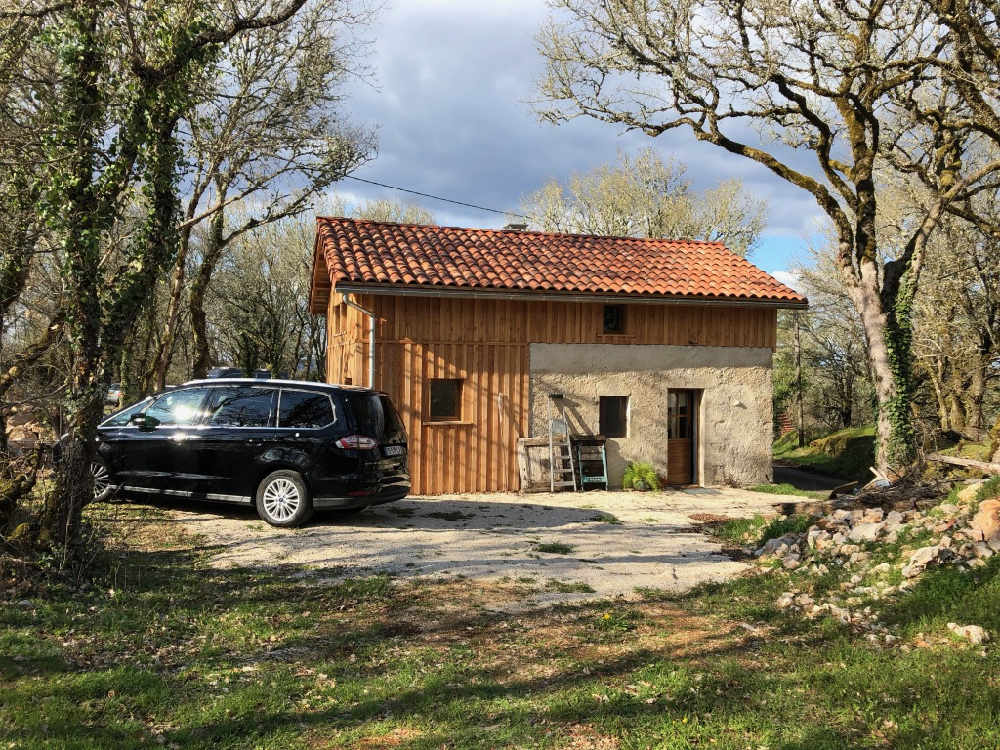 That’s our massive rented car!  The little house had a magical tree, the one on the right, which I gazed at often. 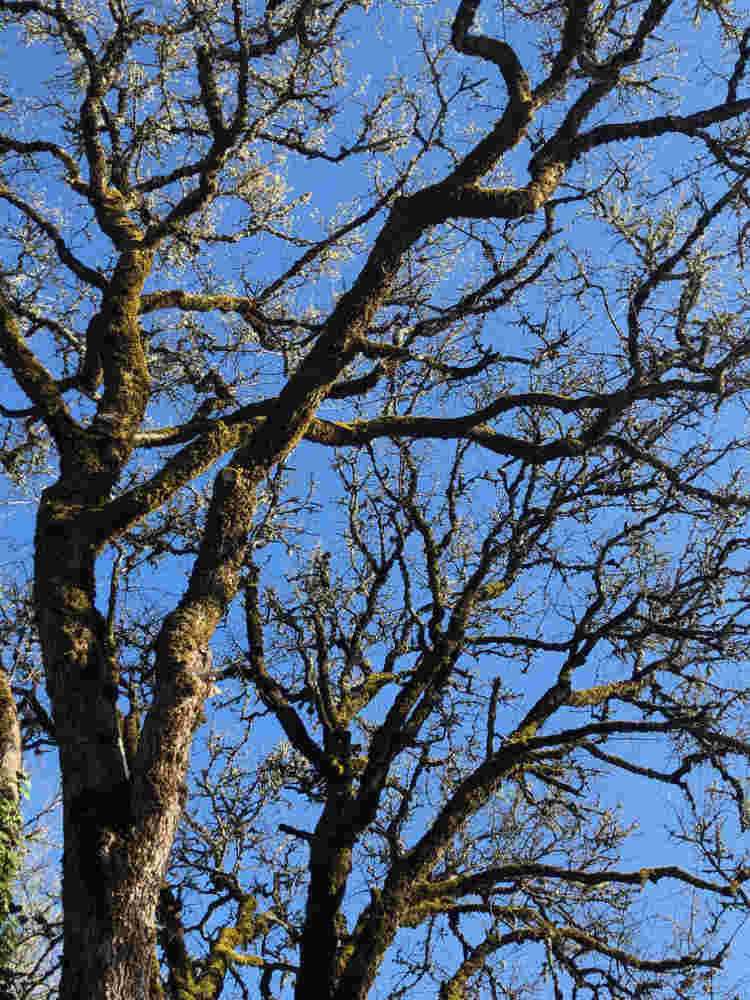 It’s a variety of maple and although the main source of heat is from wood-burning stoves the air quality around Lugagnac is wonderfully clean proven by the quantities of lichen and moss on the trunks of the many trees in the area.

And here I am taking a short walk on our first day wearing a wool jacket, hat and gloves. 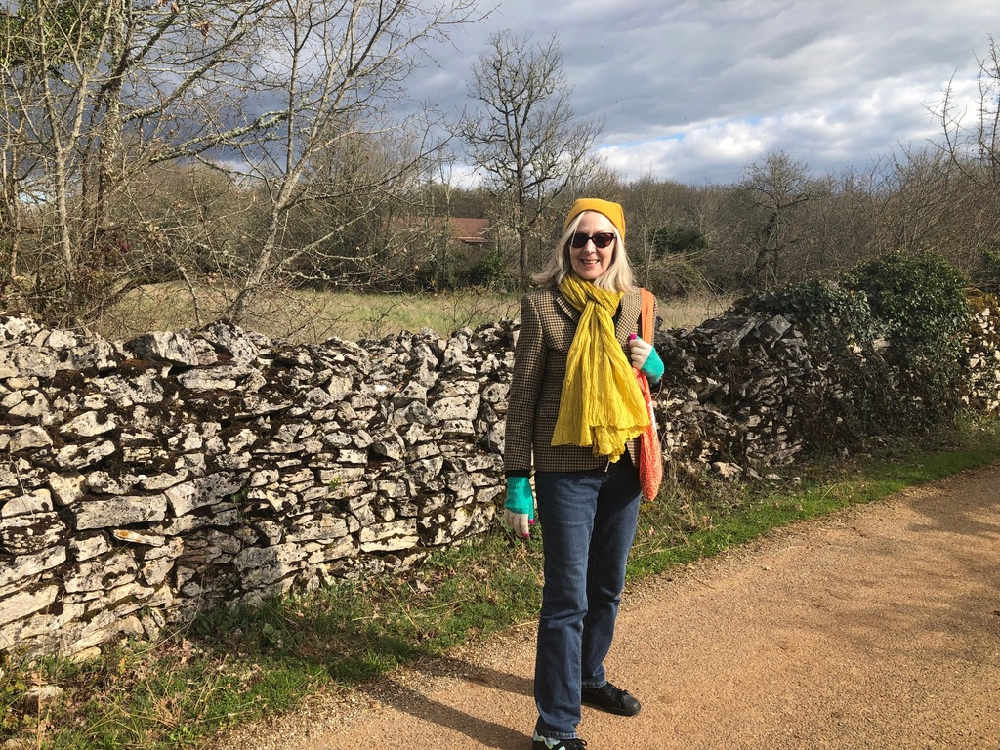 That first day was the worst weather of the holiday, but thereafter, it was hot, hot, hot.  The thing is, though, in this area in March the temperatures ranged from 0C (32F) first thing in the morning to 22C (71.6F) by mid-afternoon, which is just one amazing variation. And that meant wearing layers and peeling them off as the day progressed. However, one day we decided to chill and stay around the ‘little house’ and gosh, was it hot! We chased the shade and I realised that the long-sleeved tops I’d brought, which were so necessary in the morning, were far too hot for the afternoon. And did I have anything short-sleeved?  No, I did not!

Note the jacket.  The nearby town of Limogne has a brocante shop which was basically full of nick-nacks and 2nd-hand clothes at charity shop prices.  I’d bought a jacket last time I was there and deliberately did not bring a jacket with me because I just knew there would be something I could buy there.  And yay! I found a tweed jacket made in France from 100% wool. I can’t find the label on google – it’s Pier Be so guess it’s what could be considered vintage. I also bought an amazing necklace there, which I’ll feature in another post.  It’s very much like the necklaces worn by the judge in The Great British Sewing Bee – so think big, brash and very bold. Do you watch this prog? If you haven’t do give it a try as it’s a twinkling gem, and btw, Mr F loves it too.

And those crumpled jeans? They were bought at Galerie Lafayette in Toulouse two years ago and on our last two days of the holiday back in Toulouse I went there again and got another pair.

But before that we spent a wonderful 6 days exploring markets and the local countryside. Here’s just one pic of Cahors where I bought a really great pair of mustard jeans that you’ll see another time. 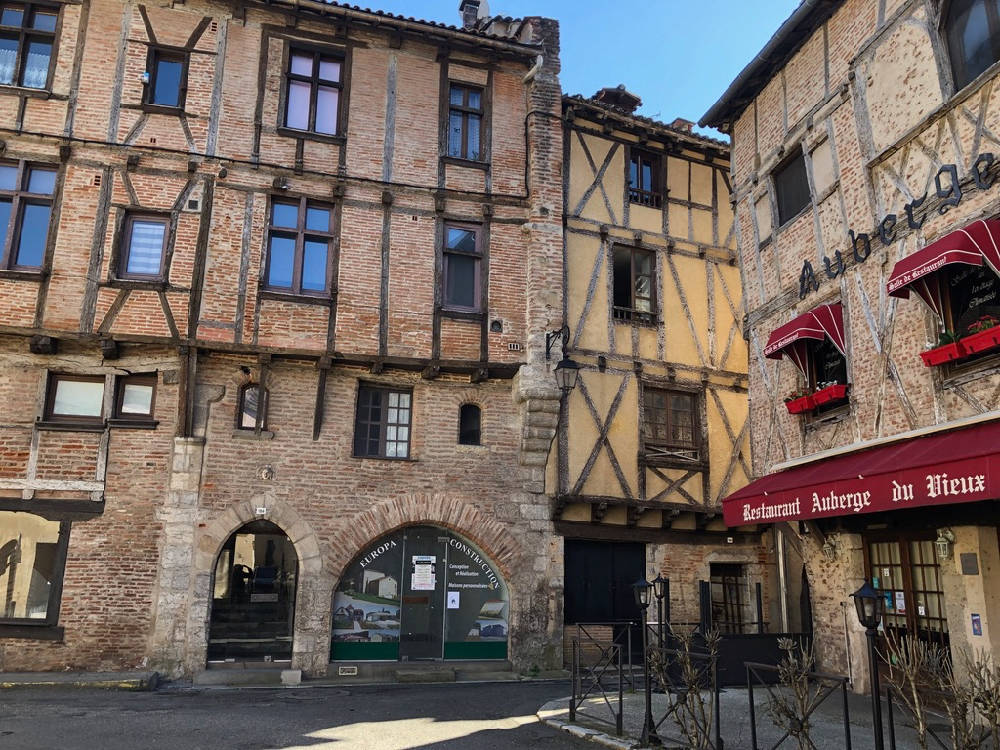 See that sun, we had blue skies and sun every day!

Back in Toulouse for our last couple of days and wifi!  Yes, we were without wifi AND a phone signal which was an interesting experience and I guess, good for us, but I have such a need to know what’s going on (you know why!) that it was a big relief to get the BBC and Guardian news, plus everything else like Instagram of course!

And double yay, not only did I get a pair of jeans at Galarie Lafayette I got this hat – which I think is a winner. 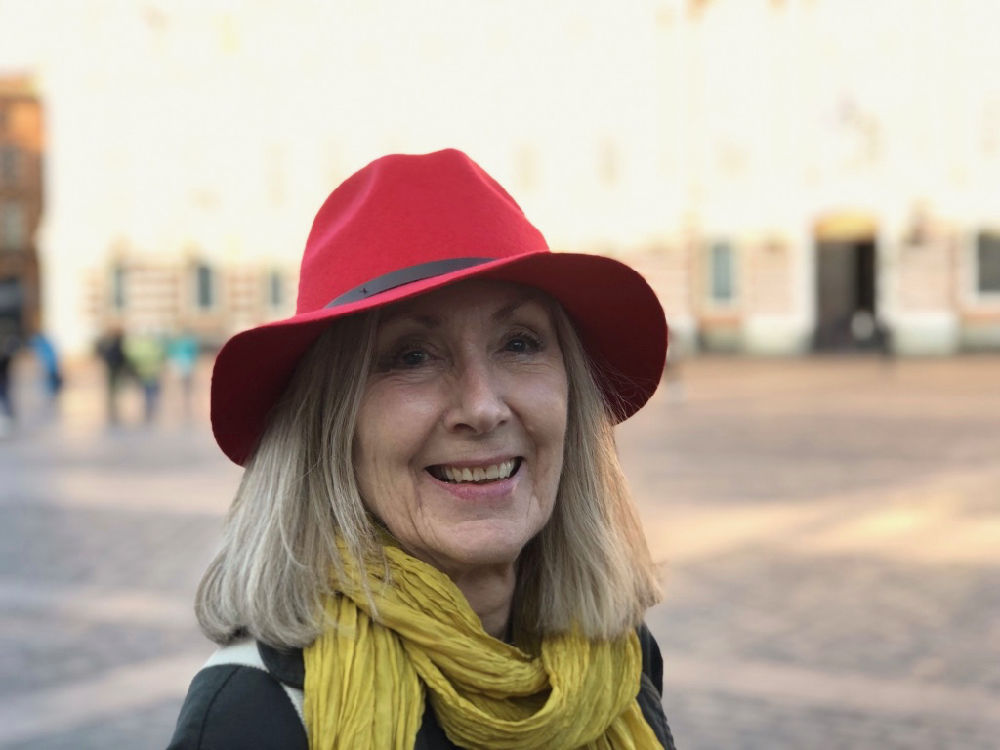 Another view of the outfit plus hat. 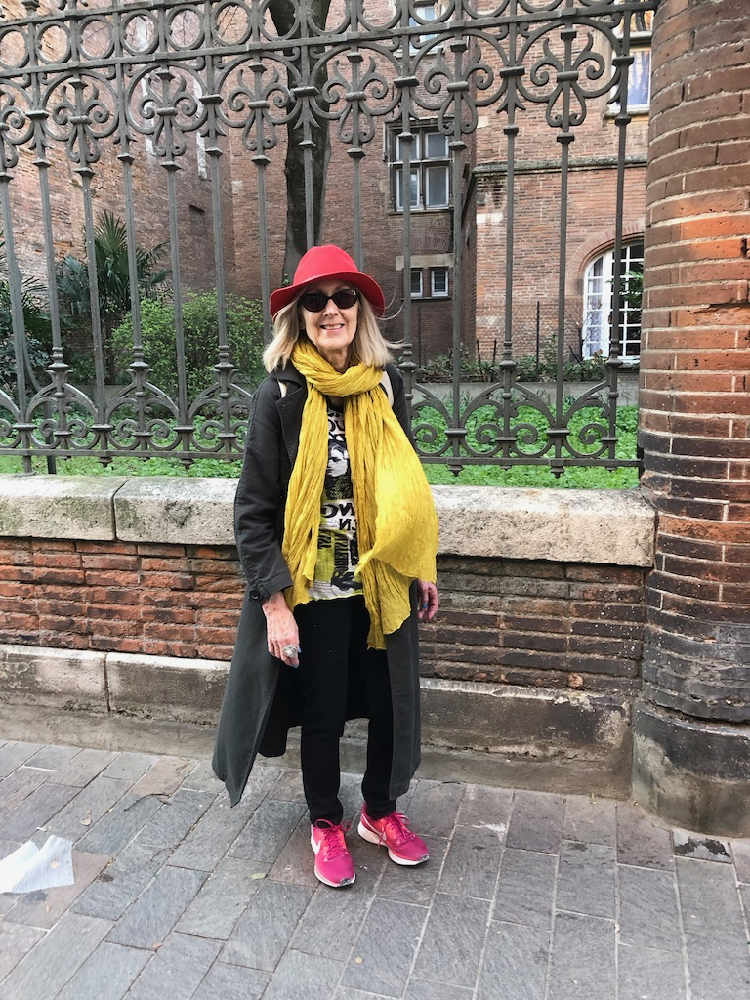 The top, btw, was bought in the brocante shop and very French I was told. 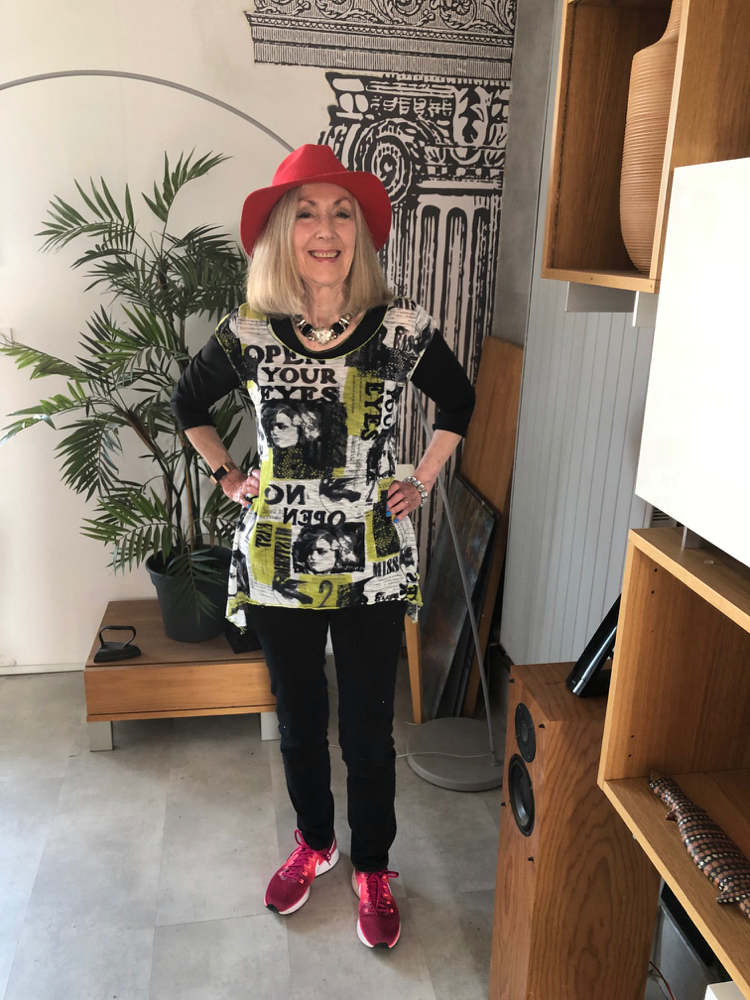 That’s taken in our friend Chris’s flat. I love Toulouse and would live there in a flash.  How about living here? 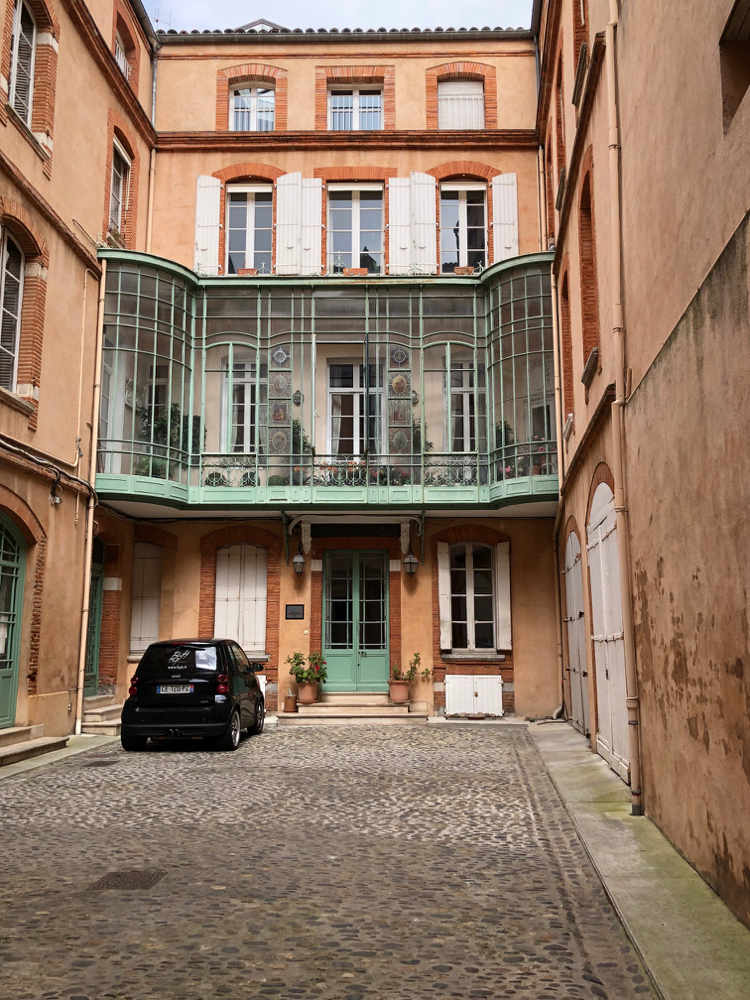 That’ll do me!  But here below was our last day at breakfast, with doors open, early in the morning. 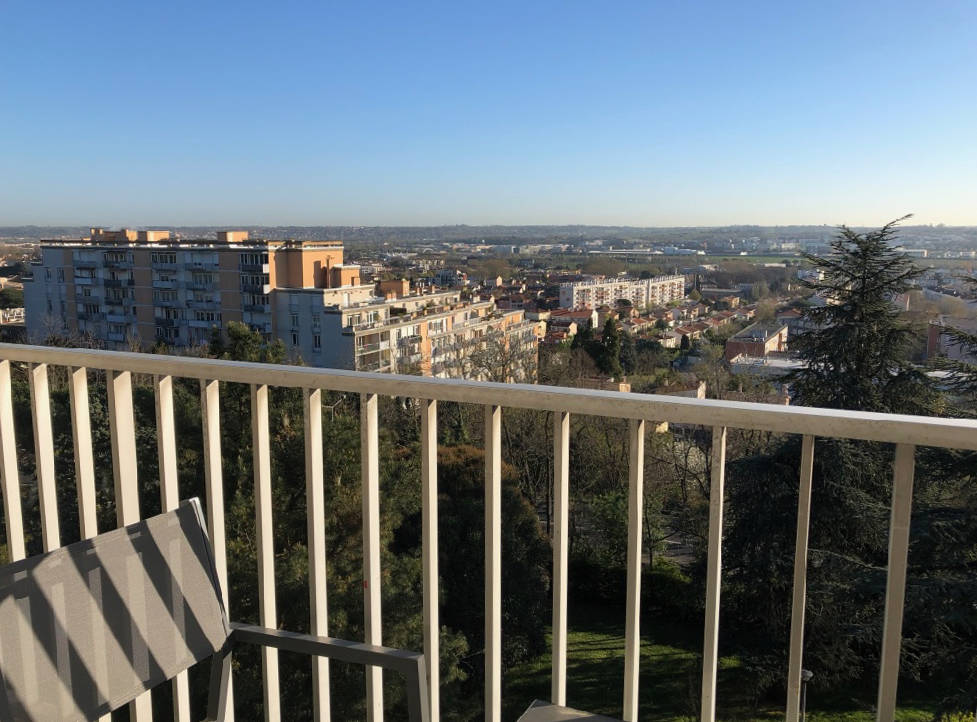 Ah France, I do love you so!

That’s all for now, but just one thing I shall be sharing this post with Judith Boyd of Style Crone fame and her April #hatattack – do have a look at her blog and, if you can, put up a pic of your hat.  There seem to be fewer of us doing so, but I say, wear a hat and share a hat, it makes the world a jollier place I think!

41 thoughts on “Back from my short break in France with some great memories and a couple of great buys!”