Last week I bought a dress from a charity shop for £8. It caught my eye as the material was pretty and, joy of joys, it still had its original store label, so it was unworn, it was new.  Wow! 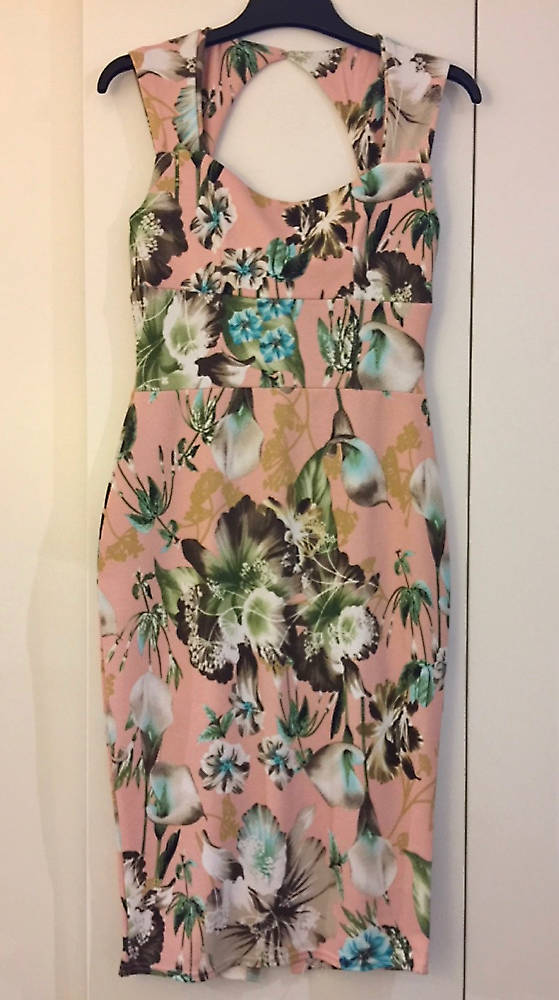 Mind you, I could see it was a tight and sleek cut, even more interesting it had no zip so would I even be able to get this size 12 dress over my head let alone it be wearable?  But the material was stretchy, so it was easy to put on and I looked OK in it.  Actually, I felt quite daring as it’s such an unsuitable dress for a 72-year-old, but you know what I’m like, I just felt, ‘bring it on’, and ‘who cares what people think!’

I got home and googled the name on the label – Boohoo.com – as I’d never heard of it. Hmm! I could see this wasn’t a high-end label as the prices seemed amazingly cheap. And by cheap, I mean cheaper than Primark. There were dresses at £5. Oh, I thought, well, that really is a rock bottom price. And what’s more I probably paid more than the original price (!) but that’s OK, it was a charity shop after all.

Now, I happen to have abandoned Twitter for over a year, but in the last couple of weeks have gone back to it. I got rid of a lot of extraneous people I was following and, unlike before, when I aimed to promote the FrugalFashion blog, I’m now using Twitter for My Other Blog and, because of the political situation here in the UK, I’m following and looking at tweets from journalists and political pundits.

Late last week whilst scrolling through my timeline I came across a retweet describing how a parliamentary committee was grilling that self same label (alongside two others) for buying dresses from UK manufacturers for £2 and £3.  There was a long and interesting thread, which showed the committee cross-questioning a CEO who could not give exact costings for their £5 dresses. Two things: i) this shows Parliament at its best (but see my latest on My Other Blog for Parliament in near, if not actual crisis!) and ii) Kudos to the FT journalist @sarahoconnor for her FT investigation. I followed her instantly.

Well, that rather put me off that dress.  Will I wear it?  Not sure. Because this is exactly the kind of dress one should avoid. On reflection I might, as I did pay more than its worth to a charity, and not to a shop. Also, can I say that virtually all labels will beat manufacturers down to the lowest prices.  And don’t forget the very highest end of the fashion industry will use people to hand cut and hand sew, and are these people paid enough?  Wouldn’t know.  But the clothing industry sure is not a pretty one.  Best, as I keep saying, to buy second hand and in thrift and charity shops as there you can be sure that your money is going to do some good. And don’t forget you can get some pretty good items as well. Charity shopping? It’s a win-win all round!

Finally, thank you for decent journalism.  We need to support and thank our journalists and newspapers in these rather difficult times. And buy their papers!

Thats all for now

P.S. Watch this space as I’m aiming  to do more on makeup with videos. Just recently we filmed a makeover at my fave beauty salon Balm of Lewes and we’re editing it right now (actually Mr F is doing this).  This is a development that I’ve been thinking about for some time and could include makeovers at Balm and then me attempting to do the makeup on my own at home. Quite excited about this.

P.P.S. And on a more serious note there is another post up on My Other Blog – link on the icon at the side or at the bottom if reading on a phone.

24 thoughts on “An unsuitable dress?”